I GOT 2 SOAKERS AND PHEEBS GOT 4 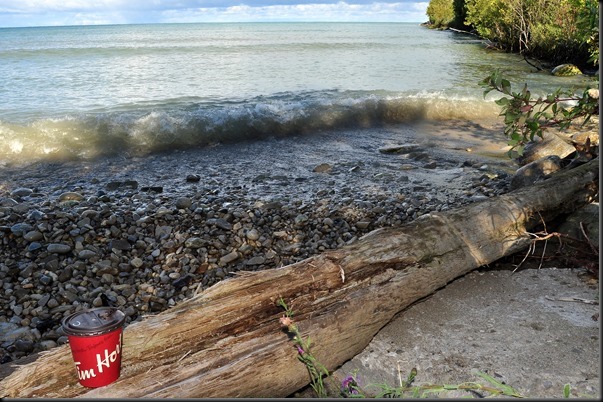 It was with great big cooler weather smiles on our faces that Pheebs and I headed off for a short Jeep ride to Goderich and back this morning.  A few things to pick up at Walmart and then it was off down to the harbor for a leg stretch.  No big lake freighters in port but I did see one a few miles off shore but couldn’t tell if it was coming or going. 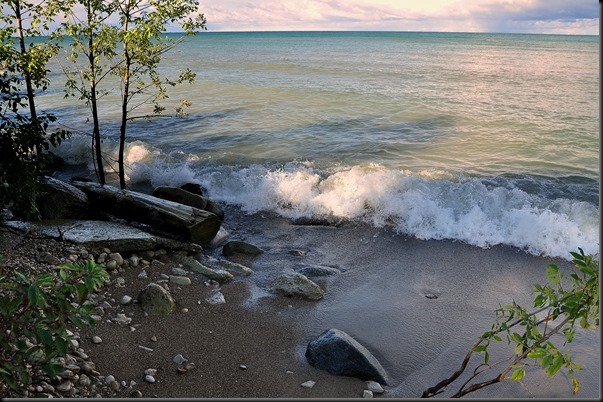 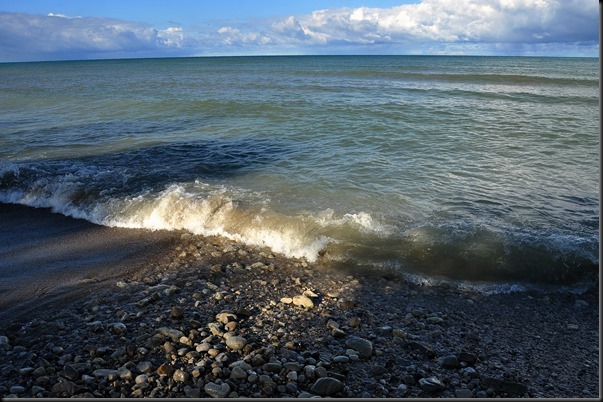 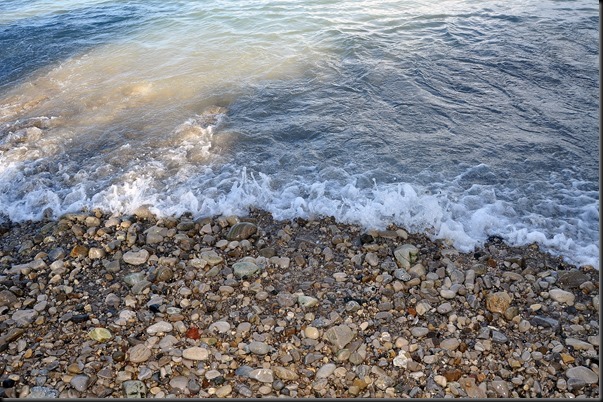 The Jeep was way overdue for a good cleaning so upon returning home I shifted my energies to doing just that.  I’m sure Libby will be much happier now not having to carry around the extra weight of countless onboard muffin crumbs.  And how nice having energy levels back up thanks to our nice 68F cooler weather.  Bonus:)) 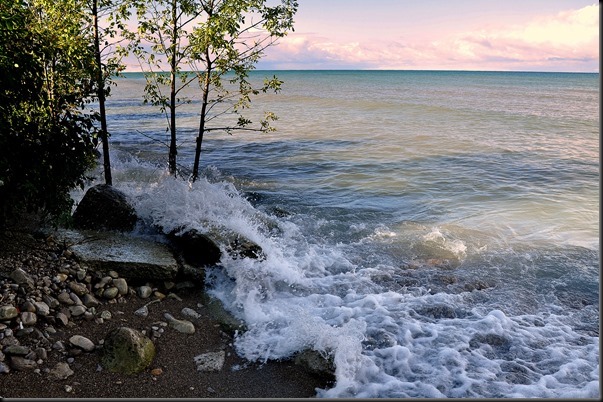 YEP, SOAKERS ALL ROUND ALRIGHT 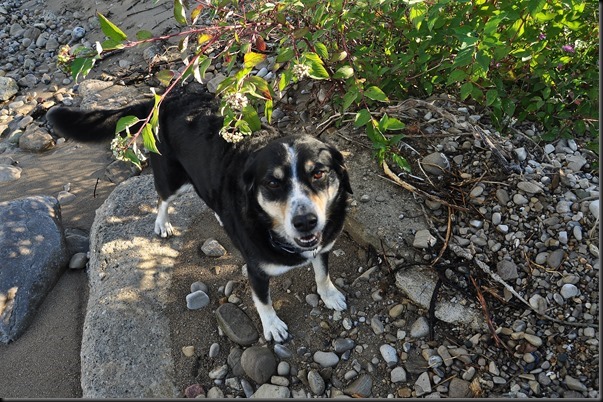 “DAD, YOU SAID WE WOULDN’T BE GETTING ANY SOAKERS TODAY”!!!! 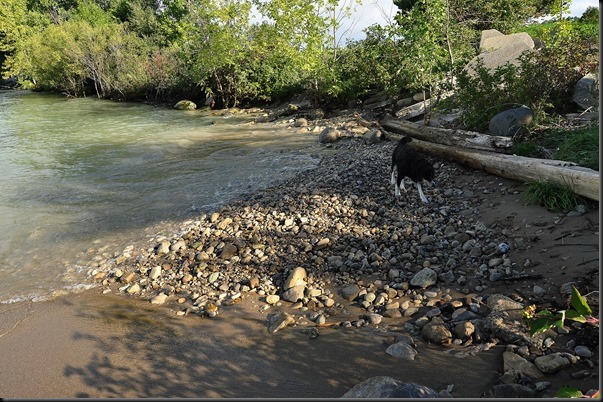 Well by golly here we are at the beginning of September already and today marks the official beginning of Meteorological Autumn.  And that by golly definitely deserves a ‘Yahouie Louie’ for sure:))   In another few days the Labor Day week-end will have slipped behind us as we make the long awaited 4th corner turn onto the home stretch.  A month from now our southern departure will be measured in weeks and days instead of months.  I’ll be hauling out my RV loading lists soon and we will begin finalizing a departure date.  Due to uncertain circumstances we still don’t know what we will take with us this winter.  House stuff or boon-docking stuff. 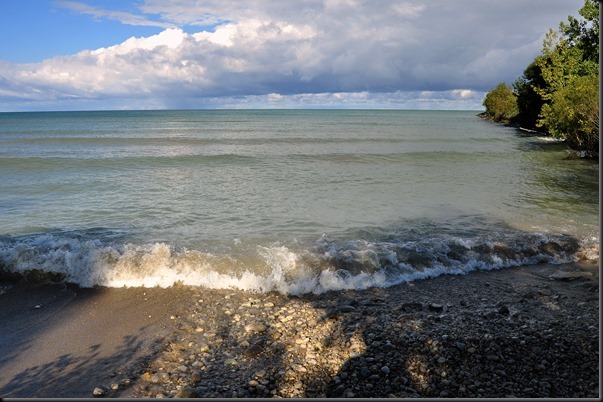 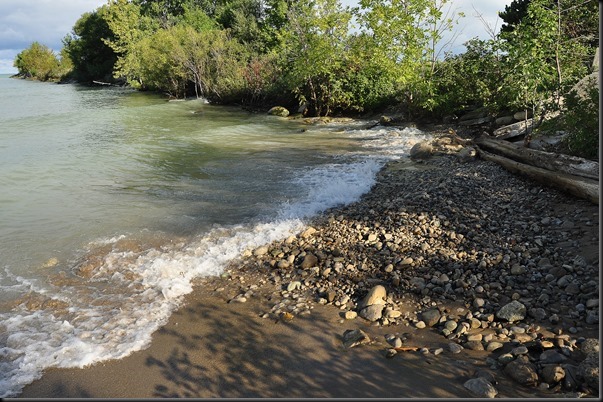 Would you believe I did the very same silly absent minded thing this morning I did the last time Pheebs and I were at this very same spot at the beach just a few days ago.  Remember my coffee cup sitting on the hood of the Jeep as I pulled away that morning??  Well take a look at the photo below to see how I made almost the identical mistake again.  I always let Pheebs in the side back door then give her a drink of water.  Can you find what I set down while pouring some water into her dish……then forgot about and drove away!! 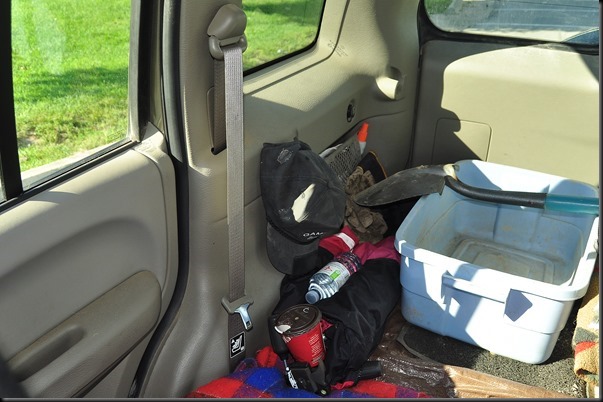 YEP THERE IT IS ALRIGHT……BOTTOM CENTER:(( 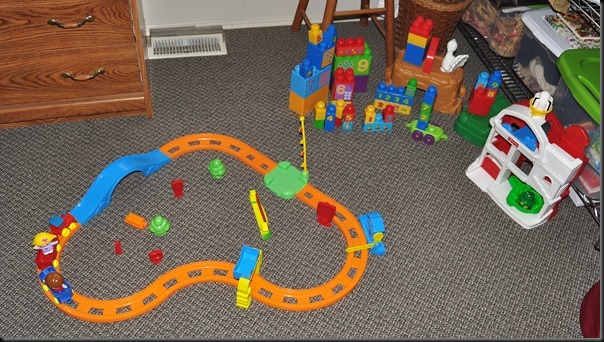 LOOKS LIKE WE GOT US SOME COMPANY COMING FRIDAY ALRIGHT

Going back to what I was getting at before……..if our Congress house sells we will be trading in our ‘sticks and bricks’ hats for our old familiar ‘boon-docking’ hats so do we take all our boon-docking gear with us or should we take back some house stuff in case it doesn’t sell.  We still have a fellow very interested in the house so I guess we’ll see what happens when we get there.  At this point it is a total unknown as to just where our travels will take us this winter and about the only thing known for sure is that our journey will wind it’s way south through the Eastern States to Florida and from there on to Arizona. 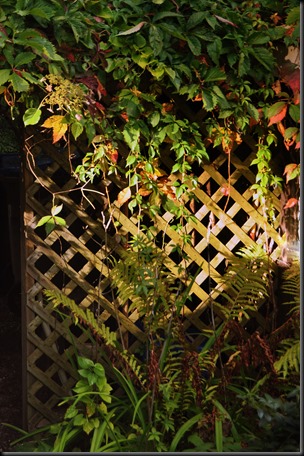 <<< EVENING SUNSPLASH IN OUR BACKYARD

GROANER’S CORNER:((  Software Development Cycles:: (Hmmmmm, shades of Apple’s new iPhone 7 perhaps)
1. Programmer produces code he believes is bug-free.
2. Product is tested. 20 bugs are found.
3. Programmer fixes 10 of the bugs and explains to the testing department that the other 10 aren’t really bugs.
4. Testing department finds that five of the fixes didn’t work and discovers 15 new bugs.
5. Repeat three times steps 3 and 4.
6. Due to marketing pressure and an extremely premature product announcement based on overly-optimistic programming schedule, the product is released.
7. Users find 137 new bugs.
8. Original programmer, having cashed his royalty check, is nowhere to be found.
9. Newly-assembled programming team fixes almost all of the 137 bugs, but introduce 456 new ones.
10. Original programmer sends underpaid testing department a postcard from Fiji. Entire testing department quits.
11. Company is bought in a hostile takeover by competitor using profits from their latest release, which had 783 bugs.
12. New CEO is brought in by board of directors. He hires a programmer to redo program from scratch.
13. Programmer produces code he believes is bug-free…