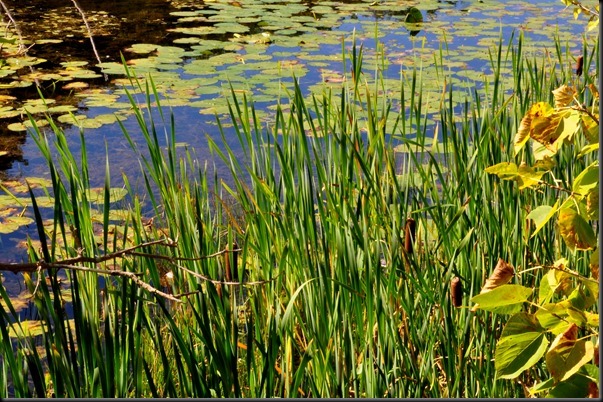 It was with sadness I read RV Sue's post this morning.  Her beloved little dog Bridget has passed away.  Spike, Sue's other dedicated little team member died back in late August of 2014.  We first met RV Sue, Bridget and Spike on Darby Wells Road in Ajo Arizona on December 9th 2011.  The last time we saw RV Sue and the crew was south of Quartzsite on December 28th 2013 where we along with RV Sue, Spike and Bridget as well as fellow boon-dockers Bill and Ann with their dogs Julie and Sammy hiked a trail north from Palm Canyon in the Kofa mountains.  Bridget, Spike, and RV Sue have been an integral part of each others lives as they have boon-docked their way around the western half of the United States for the past 5 years.  Sue has the largest loyal RV blog following of anyone I know.   Like RV Sue and the canine crew we too have lived, loved, and traveled with our dogs over the years and well know the emptiness in Sue's heart at the moment.  But there is a ray of sunlight in her life still and his furry four legged name is Reggie.  Spike and Bridget are gone now but in Sue's own words she says, "Reggie and I will stay at Luna Lake a few more days and then we’ll be off to see what lies beyond this bend in the road".  Know that you and Reggie are in our thoughts Sue and how well we remember Bridget and Spike……………….… 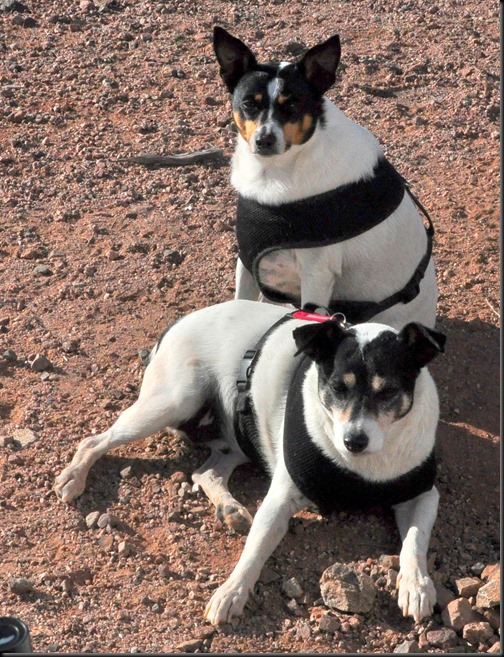 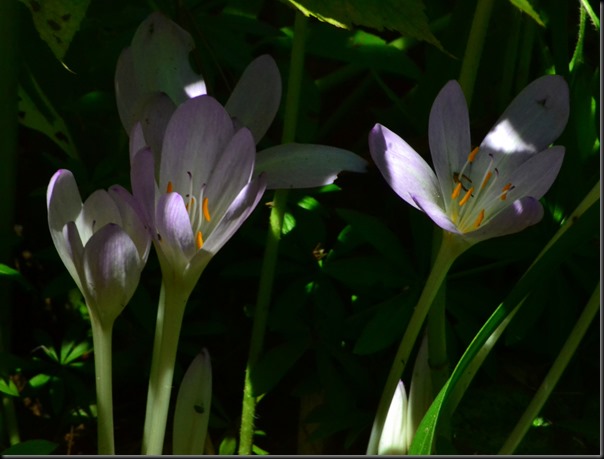 Been quite awhile since a bout of depression has sneaked up on me and although I should have recognized the warning signs I was caught up in it before I realized it was upon me.  My mini-meltdown over the fresh water sanitizing ordeal a couple days ago finally triggered it.  My problematic short term memory is proving to be more difficult for me to deal with and I am becoming increasingly frustrated and impatient with myself.  The times of normally forgetting about something and having a laugh about it are gone and here's an example of what I am talking about.  I had unscrewed a brass 'quick coupler' fixture from the rig's intake water fixture.  I set the coupler down just a few inches away.  About two minutes later I decided to screw the coupler back on......but it was gone.  I looked everywhere including on the ground.  Kelly looked all over as well.  The coupler had vanished into thin air.  I was convinced Aliens had beamed it up.  About an hour later I found the coupler attached to another part of the 'quick release' assembly on the end of our garden hose beside me.  I had obviously picked it up and screwed the coupler into that part of the hose but in those short two minutes my mind had completely erased me doing that.  Not even when I found it did my mind remember me picking up the coupler and screwing into the end of the hose.  Nothing, not even a scrap of memory.  Now if this was an isolated case I could say 'hah-hah-hah' how silly of me to forget that.  But it's not an isolated case and I'm afraid I have been very hard on myself as of late over this increasing memory problem of mine.  I know there will be a few readers who will understand exactly what I am talking about and many who won't.  That's normal because we do not all have the same sets of problems and challenges at the same time in our lives. 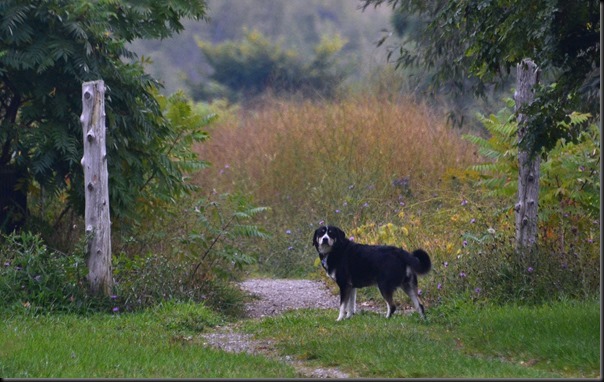 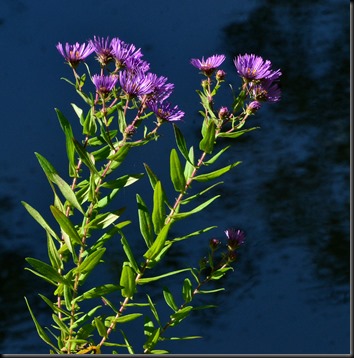 Kawarthagal left a comment on my Tuesday night post with a saying in it which says. 'Don't go there until you get there.'  It was in regards to my lament about our RVing future.  Despite my concerns being based in reality my mentioning it in a depressive state brought the 'don't go there until you get there' response and that saying has stuck with me today.  Most ‘sayings’ just blow right on by but this one has stuck.  I am maybe needing to get that tattooed on myself where I can see it on a regular basis.  For me when the heavier side of depression occasionally strikes it generally runs it's course in two, three, maybe four days before I am able to get myself back up on an even keel again.  By the way, for me depression isn't usually caused by one single thing, it's a combination of things built up over time which finally reach a tipping point and become too heavy to carry. 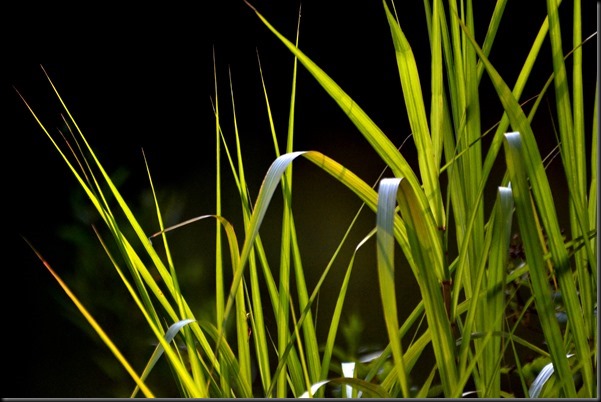 Pheebs and I did get out for an hour this morning but didn't go any further than the Marsh.   A short walk and we were home again.  Despite another beautiful Autumn day I stayed inside and stuck pretty close to my recliner.  I sometimes need a day like that to let my mind re-set itself.  Better days ahead. 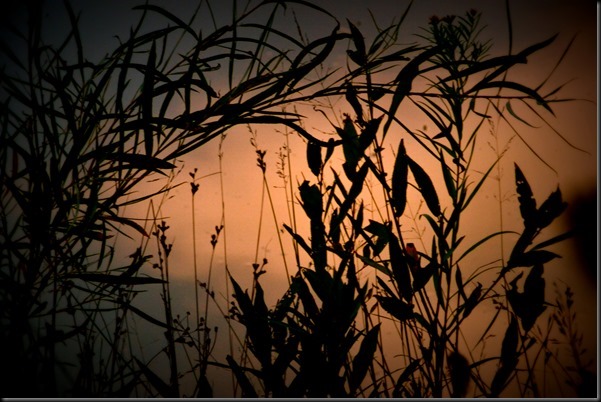 GROANER'S CORNER:((  Sid and Al were sitting in a Chinese restaurant. "Sid," asked Al, "Are there any Jews in China?" "I don't know," Sid replied. "Why don't we ask the waiter?"When the waiter came by, Al said, "Are there any Chinese Jews?""I don't know sir, let me ask," the waiter replied and he went into the kitchen. He quickly returned and said, "No, sir. No Chinese Jews." "Are you sure?" Al asked. "I will check again, sir." the waiter replied and went back to the kitchen. While he was still gone, Sid said, "I cannot believe there are no Jews in China. Our people are scattered everywhere." When the waiter returned he said, "Sir, no Chinese Jews."
"Are you really sure?" Al asked again. "I cannot believe there are no Chinese Jews."
"Sir, I ask everyone," the waiter replied exasperated. "We have orange jews, prune jews, tomato jews and grape jews, but no one ever hear of Chinese jews!"

A dark haired woman was riding on a train and reading the newspaper. The headline said "12 Brazilian Soldiers Killed."  She shook her head at the sad news, then turned to the passenger next to her and asked, "How many is a brazilian?"