Cool enough overnight for me to put on a T-shirt & crawl back into my flannel jammies again but that's Okay I like it that way.  No idea why my day started at 3:30 a.m. but I popped out of my chair like an exploding firecracker I did and by noon had the most mightiest big yawns going on of ever.  Every big yawn sucked in so much air I almost swallowed the living room curtains. 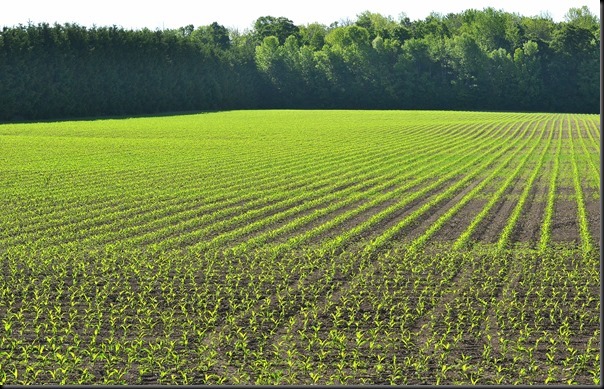 Pheebs and I were out the door shortly after 7 dressed in warm duds to thwart off a cool brisk East wind.  Definitely no airborne bugs on our Hullett Marsh walk or any of the half dozen roadside stops we made after that.  Despite cool winds in the treetops it was still a mighty fine morning we had going on here & by 10 I was back into short sleeves. 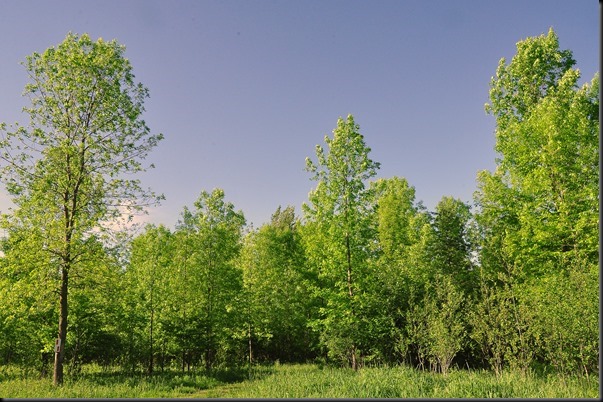 JUST AN ALL ROUND DARN NICE LOOKING MORNING IN THE MARSH 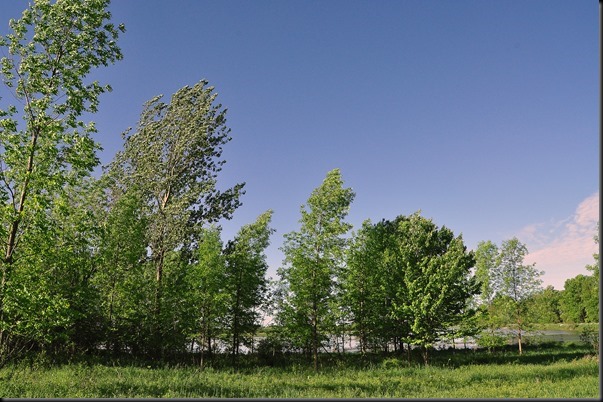 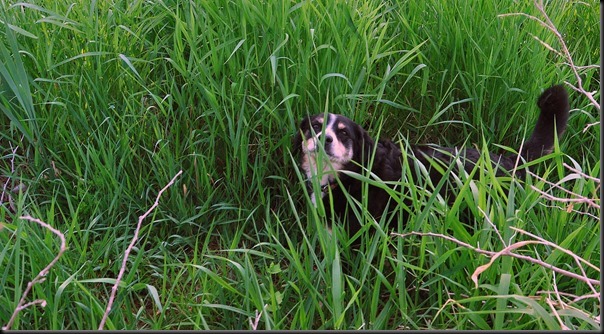 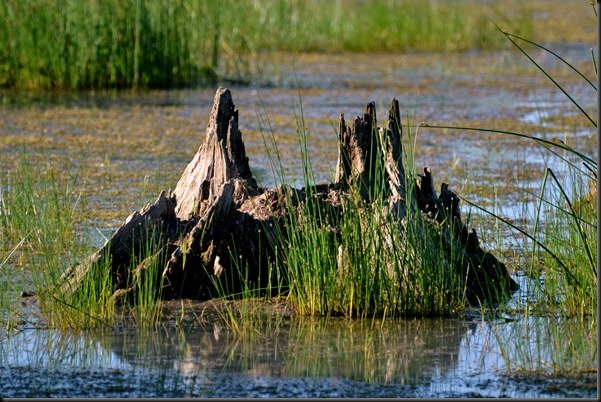 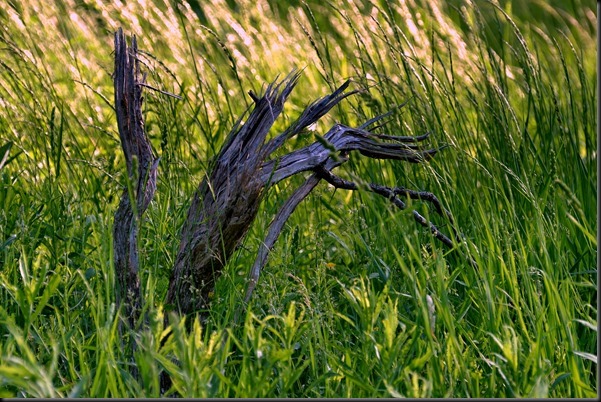 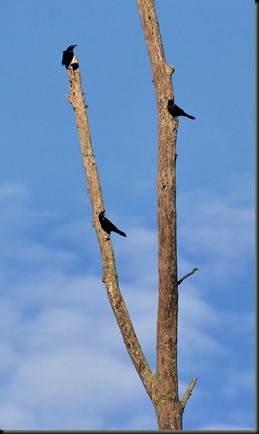 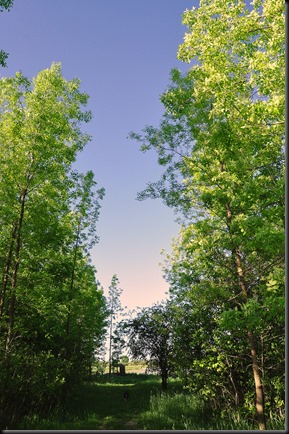 Bruce rolled in around 4 and resumed work on the bedroom gas pipe box and furnace door panel.  He sure does good work that fella.  He’s very laid back and has the patience of a Saint.  I got the patience of half a Gnat and some days not even half of that. 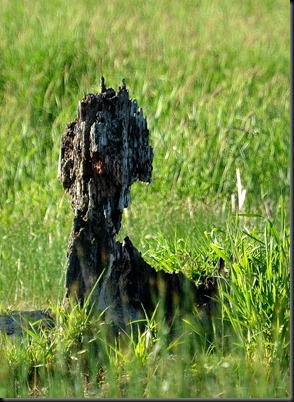 I have a question for Open Live Writer users.  How & where can I change the spacing between lines.  The way I am set up now it seems every time I hit the space bar it double spaces me.  I’m wanting it to only single space my lines.  Even when I type something in Hotmail using single spacing then paste it into my blog it still comes out double spaced.  I need to single space my stuff in ‘AL’s Scratchings’. 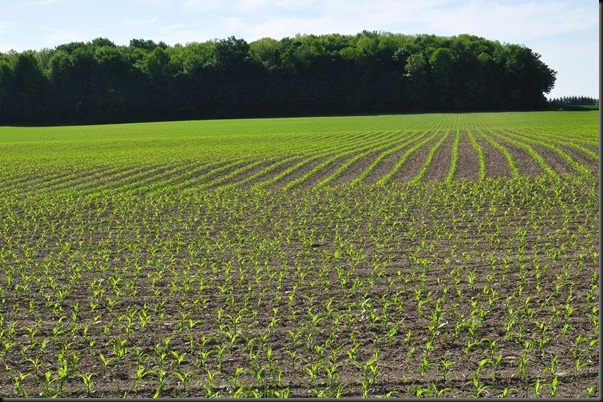 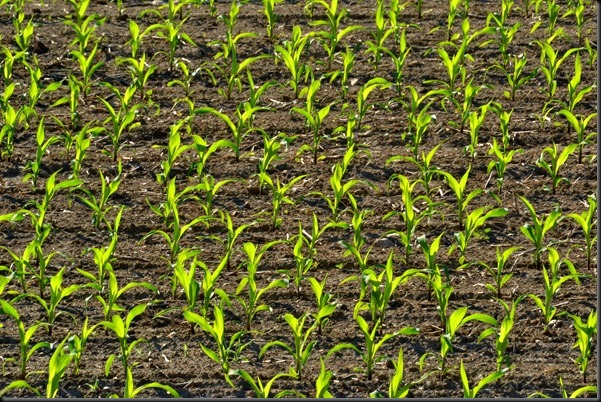 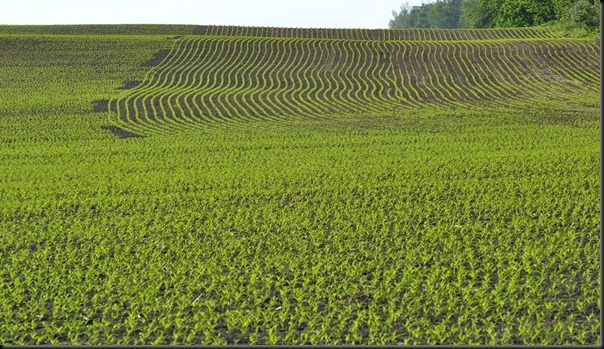 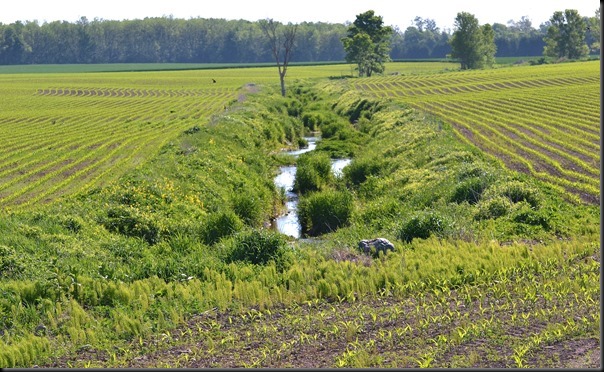 HERE A SMALL LUSH ROADSIDE CREEK SPLITS A CORNFIELD IN HALF 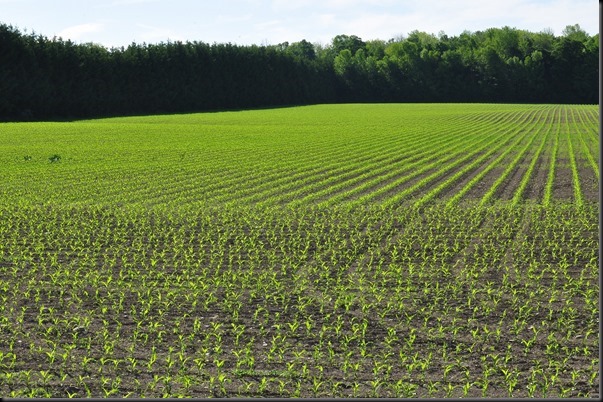 I have purposely left Tuesday's overnight obvious spam comments in the Shout Box for now so readers can see what spam looks like.  Notice the obvious poor grammar which is typical.  Do not click on any of these people's names because I suspect they are not real people but machine driven.  Hardly any of those spams refer to anything specific in my posts & that as well is typical of spamming machines.  So here now is my dilemma.  Do I cancel my Shout Box altogether or each time I see what I feel is spam just delete it.  Risk there is leaving the door wide open for a deluge of spammers & accidentally deleting legitimate reader comments.  Any thoughts??

FIRST CUTTING OF HAY FOR THE SEASON 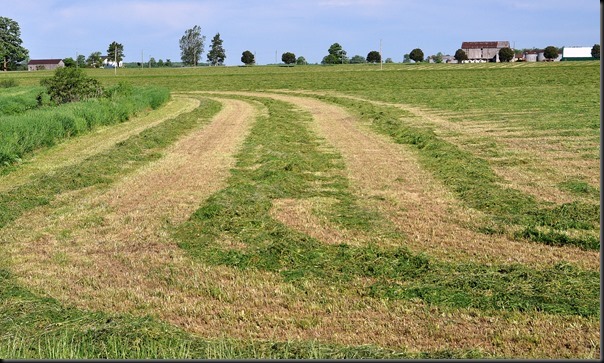 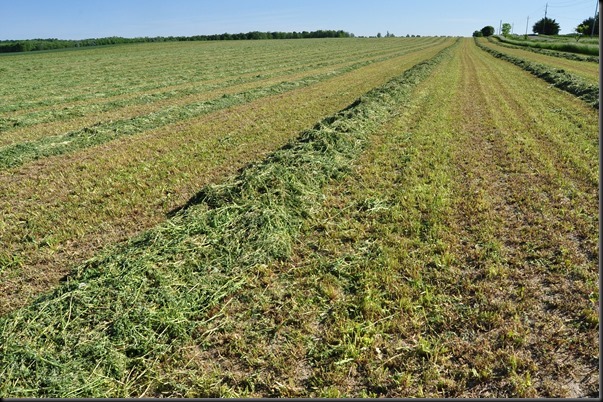 NEVER SAW THIS BRAND OF TRACTOR BEFORE 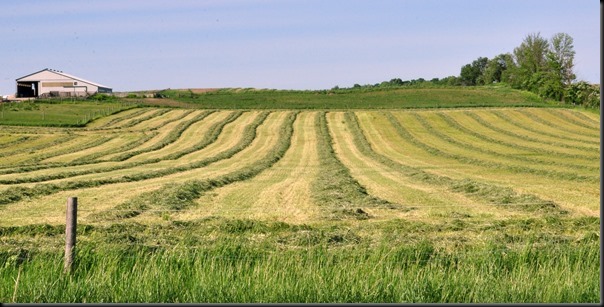 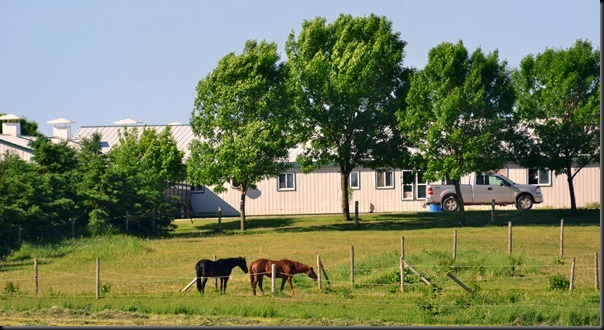 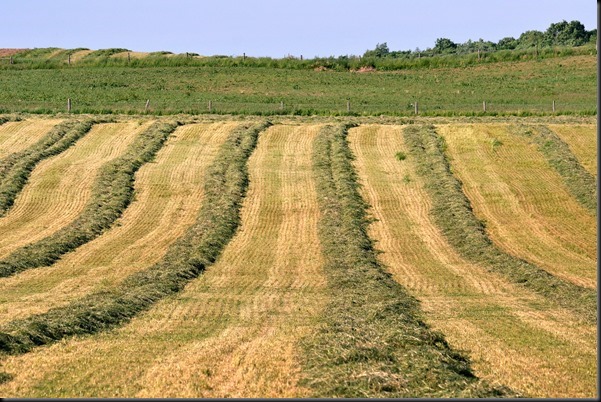 Reading Donna's post from Cave Dwellings this morning I was prompted to leave a comment when she asked, “Is blogging passe’?” “Is blogging being replaced by Facebook, Facetime, Google +, and the many other forms of social media”??  “I have a few blog friends who are on Word Press…and they seem to have many more people interested in blogging”…….In my response to Donna's question I mentioned that I have thought of switching to Word Press half a dozen times but just don't have the patience for the learning curve. I have pretty much lost touch with any fellow Bloggers who have hopped over to other social media sites like Facebook or Google+. I don't care for either one of them & much prefer the regular blogging format. In this newer age now of mobile & instant this & that it seems meaningful substance is sacrificed for the sake of speed & countless unending bantering mind numbing pointless twatter. Tweet your feet this, next text that, insta-groan something else. In my opinion it's a good thing a few of we old Dinosaurs still have our clunky aging keyboarding feet on the ground.  Whatever happened to the power of thinking and thoughtful substance I wonder.  Don't ask me, I've gotta go pull another Eucalypts leaf off the tree. 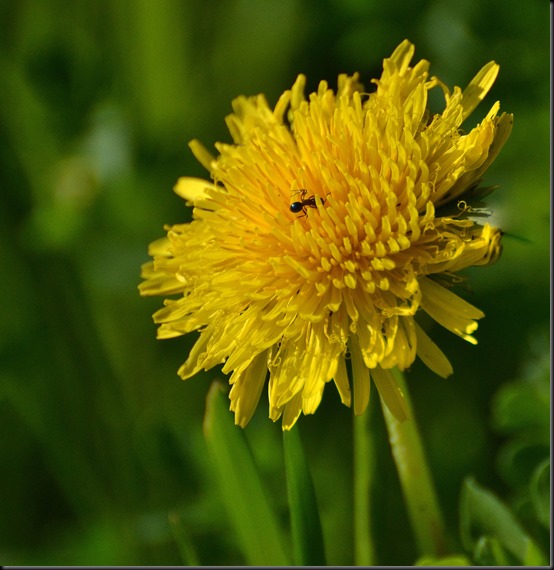 GROANER’S CORNER:(( A couple of rednecks went on vacation in Colorado. They flew to Denver and rented a car to sight see. One of the sights was a bridge that was more than 1,000 feet above the river. Walking out onto the bridge, they noticed it swaying in the wind.  "I don't think I want to drive the car across this bridge," one said to the other.  "What are you worried about"? the second replied. "It's a rental."

Aging lines wreak havoc with his face.  A shabby coat a tattered smock.  His clothes tell me who he is.  He drinks in solitude saying nothing.  He doesn’t smile.  I am afraid.

Two old men shake hands.  One carries a blackened cane.  Long woolen overcoats musty thread bare shirts.  Who are they, when did they come.  A man has stopped singing.  He’s quiet now.  Who is he, was it hard back then.

I see an empty chair.  It waits.  I wait.  We are all waiting.  The chair is filled.  For it the waiting is over.  For me I am still afraid.  Time was here but now it’s gone.