MY GOOD FRIEND JIM HAS JUST LAUNCHED HIS OWN BLOG:)) 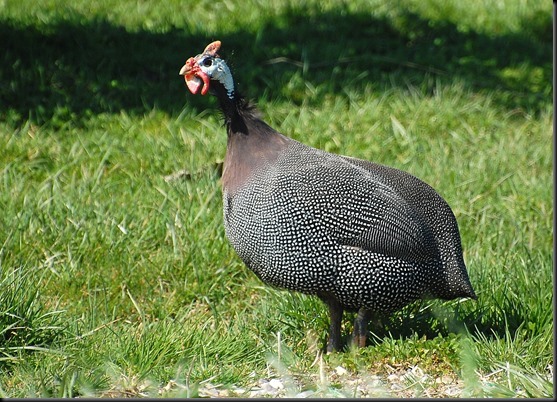 Well let’s just cut to the chase shall we.  Soon as Monday’s overnight clouds cleared this morning you already know where Pheebs & I headed for.  Rhymes with Gullettt Smarsh.  Another fine day to be outside surrounded by fresh country air & natures wondrous sounds of Spring. 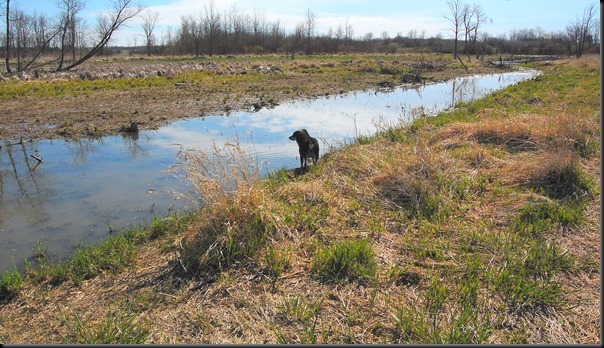 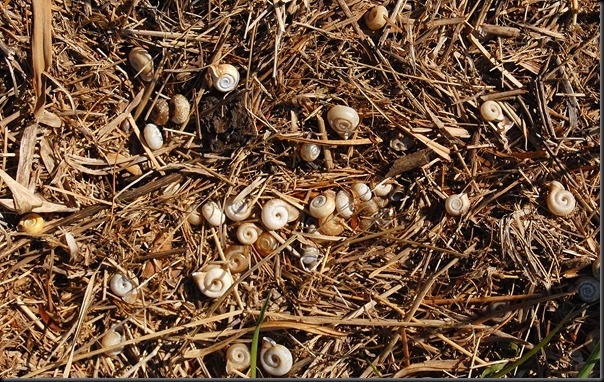 IT WAS A DIFFERENT SOUNDING BIRD FLYING BY THAT CAUGHT MY ATTENTION….I HAVE NO IDEA WHAT IT WAS

MANAGED TO CATCH MYSELF ANOTHER SWALLOW IN FLIGHT 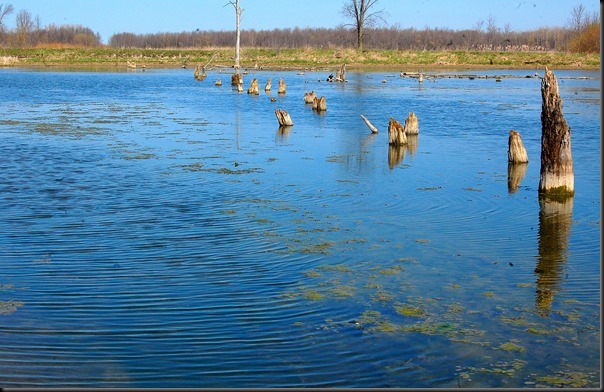 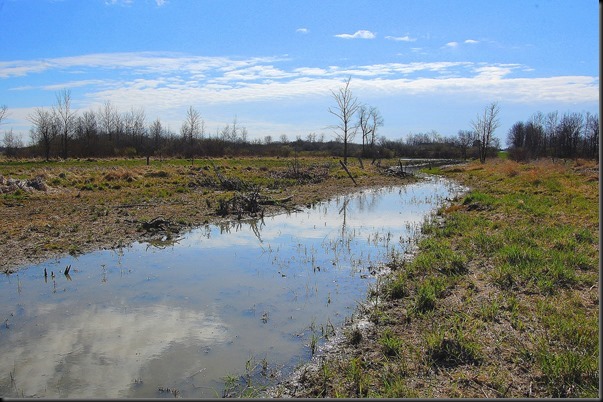 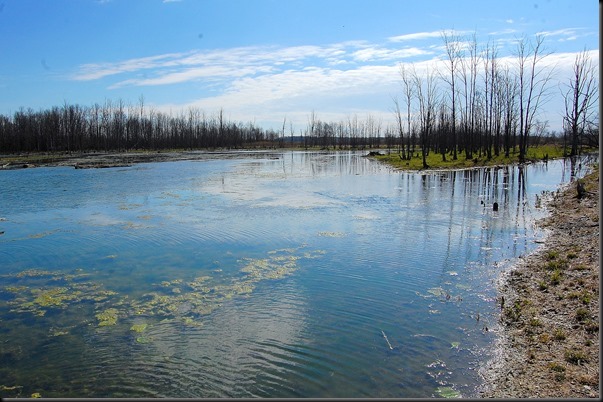 A relaxing afternoon spent puttering around in our gardens outside.  Air is still a touch on the cool side but those warming rays of sunshine sure felt good & how nice it is feeling that genuine physical tiredness at the end of the day when things have been accomplished. 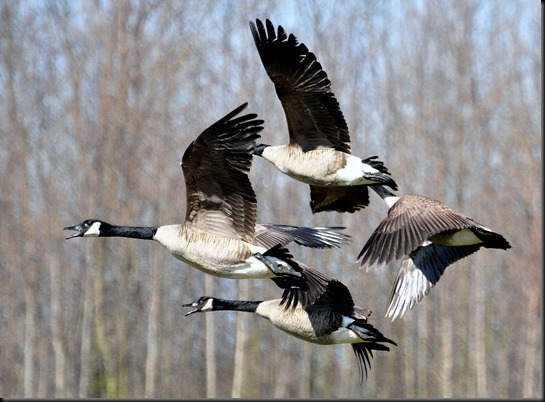 CAUGHT THIS FLOCK OF CANADA GEESE COMING IN FOR A LANDING 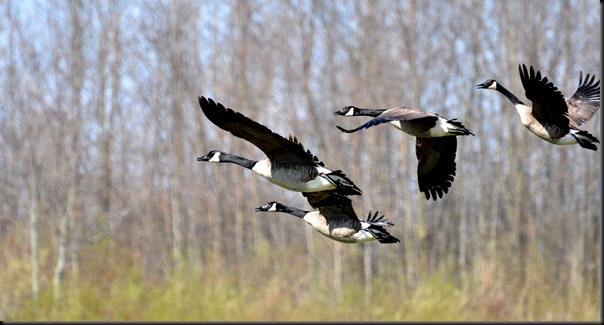 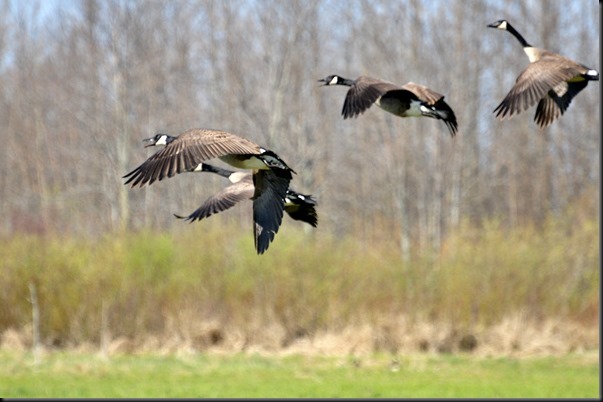 WING FLAPS ARE DOWN AS THEIR SPEED SLOWS 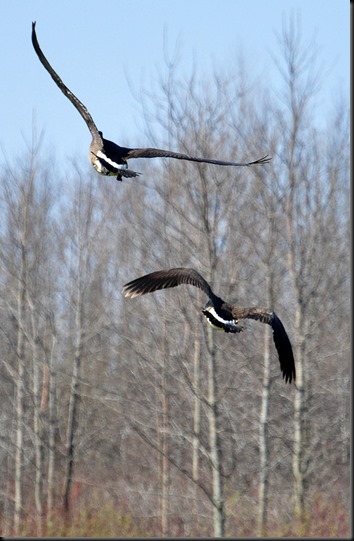 A BANKING TURN TO THE RIGHT 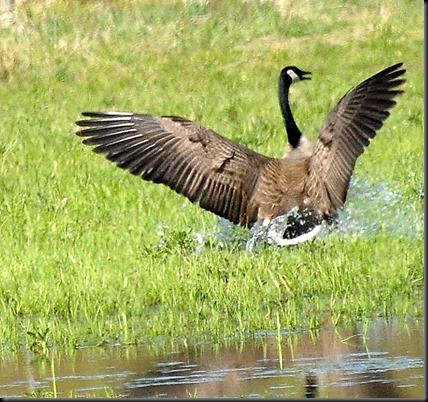 A word of thanks to everyone regarding my photos.  A keen eyed reader in our Shout Box noticed how my photos were sharper over the past few days.  Here’s the reason for that.  A week ago Monday I stopped in to Henry’s Camera Store in London with a question about a clicking sound in my new 70-300mm lens.  The store manager checked out the lens saying the VR stabilizer clicking sound was normal.  He tried the lens with the VR (vibration reduction) switch on & off.  Unnoticed to me when he handed me back the lens was the VR switch in the ‘off’ position & being my usual forgetful self I never thought to check that.  For the next 4 days I have to say I was disappointed with many of my photos & in fact I used some file photos for my posts instead.  The disappointing photos were soft looking & not clear & sharp like many of those taken with my previous identical lens.  I tried this & that but just couldn’t figure it out how to get the results I was looking for.  Discouragement set in.  I don’t know just exactly when it was the following Friday night but I think it was slowly floating off to dreamland when ‘BAM’ the light came on.  No not the light beside my chair but the light inside my head.  “The VR switch Al, the VR switch”!!  I got right up, went over & picked up my camera & lens & sure enough the VR switch was in the ‘OFF’ position.  Next day with the VR switch ‘ON’ I saw a difference in my photos so it proved to me the importance of having that vibration reduction technology.  At some point I hope to get myself in the habit of using a tripod but until I can find the patience for that I will just keep on doing things in my old hand held way.  Here’s a Wikipedia description of the VR technology……………{{Vibration Reduction (VR) systems compensate for image blur caused by small, involuntary movements (from unsteady hands, shooting from a moving vehicle, etcs) Known as camera shake. VR can be found in many Nikon products, such as interchangeable lenses for SLR cameras, digital cameras and binoculars}} 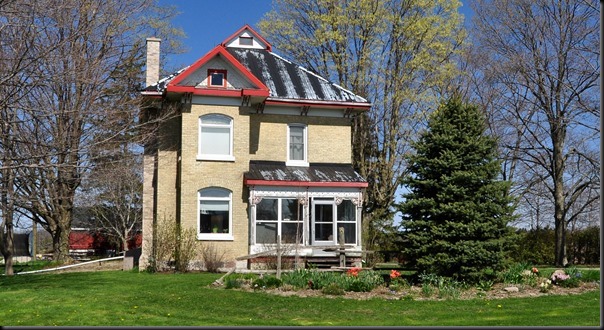 A week ago Monday my all time good friend & best Buddy Jim & I had ourselves another marathon coffee blow-out & during those 5+ hours one of the many things we talked about was blogs, bloggers, & blogging.  Jim’s a newspaper man by trade & has made a career out of the print media.  I’m happy to say he has finally thrown his hat into the blogging ring & just a few days ago Jim launched Lifetime Sentences.  Sometimes a political writer, oft times a humor writer, & all times a fine writer.  You can find Jim’s blog on my sidebar from here on in & if your needin yourself a chuckle ya better drop on by & see what he’s got cookin over there to tickle your ribs with.  By the way Jim is also a singer-songwriter-guitar player & a month ago in Stratford Ontario he opened a concert for well known Canadian composer, songwriter, & traveling folksinger, Valdy.  Jim & I have been close friends for over 36 years. 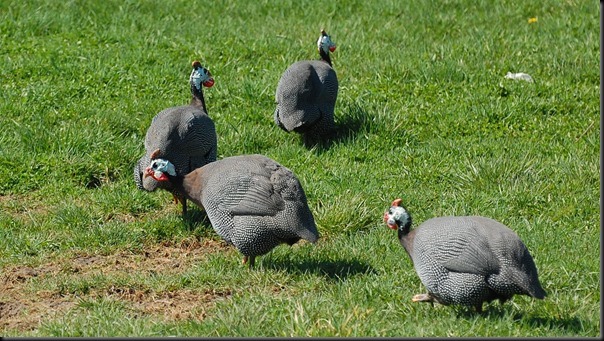 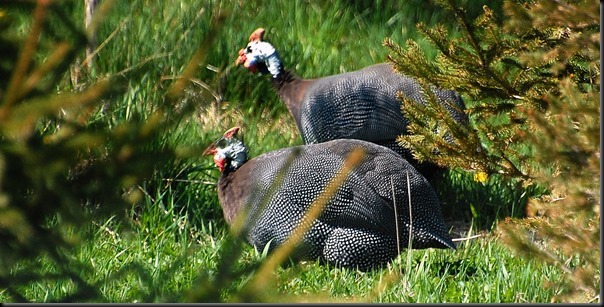 Looks like another rain soaked day heading our way Wednesday so I’ll take advantage of that & do some painting.  Our renovations have started & we made a decision today to go ahead with replacing our old $$money guzzling$$ electric furnace with a new gas furnace.  Looks like that will take place around the end of this month. 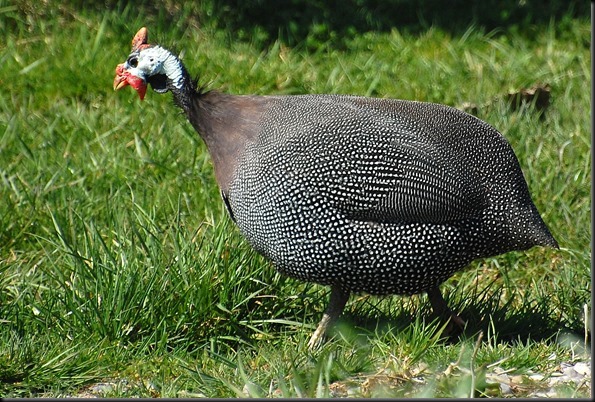 GROANER’S CORNER:(( There were two guys working for the city. One would dig a hole, he would dig, dig, dig, the other would come behind him and fill the hole, fill, fill, fill. These two men worked furiously. One digging a hole, the other filling it up again.  A man was watching from the sidewalk and couldn't believe how hard these men were working, but couldn't understand what they were doing. Finally he had to ask them.  He said to the hole digger, "I appreciate how hard you work, but what are you doing? You dig a hole and your partner comes behind you and fills it up again!"  The hole digger replied, "Oh yeah, must look funny, but the guy who plants the trees is sick today."