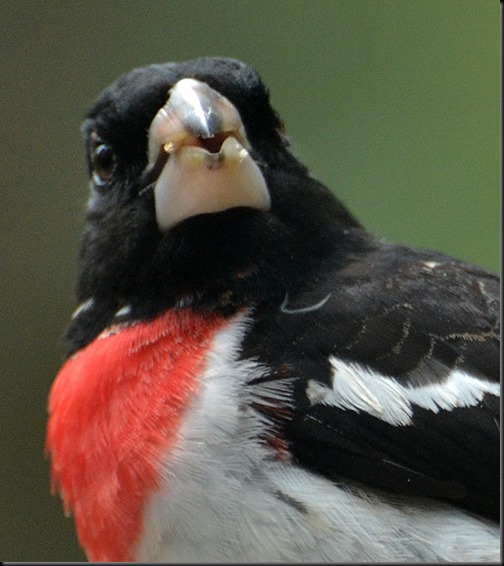 Had I made a bet it would be raining this morning I would have lost that bet.  A great green rain monster headed our way seems to have stalled over the State of Michigan.  Hope you were able to get your water wings on over there folks. 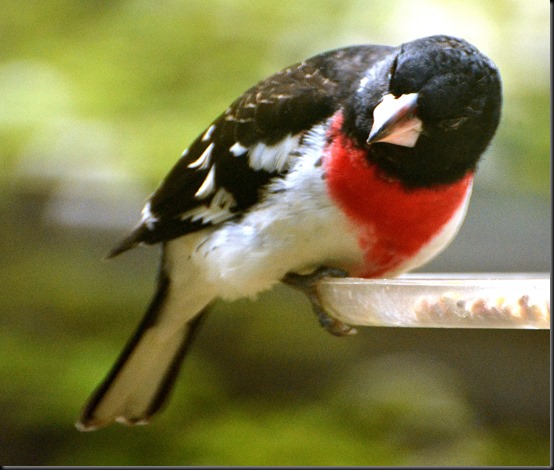 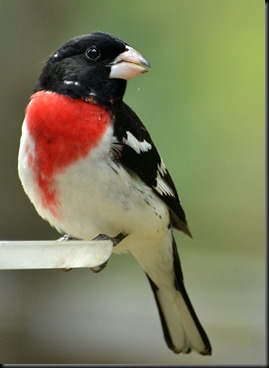 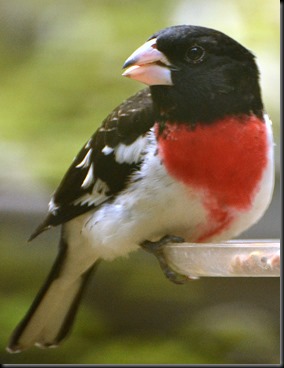 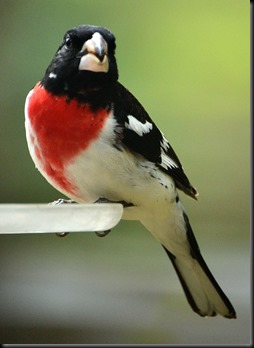 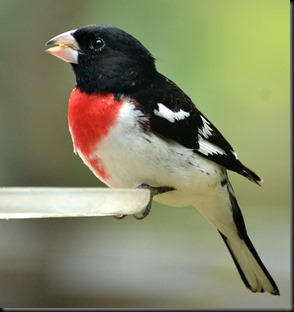 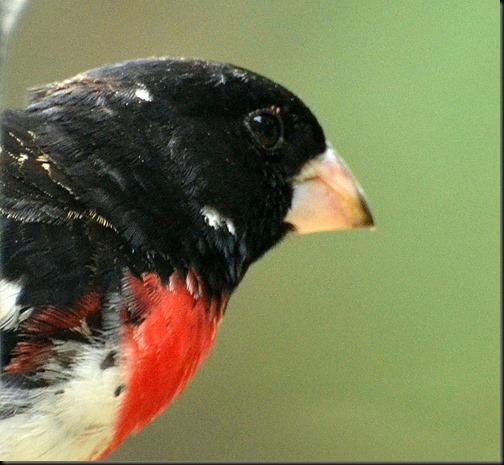 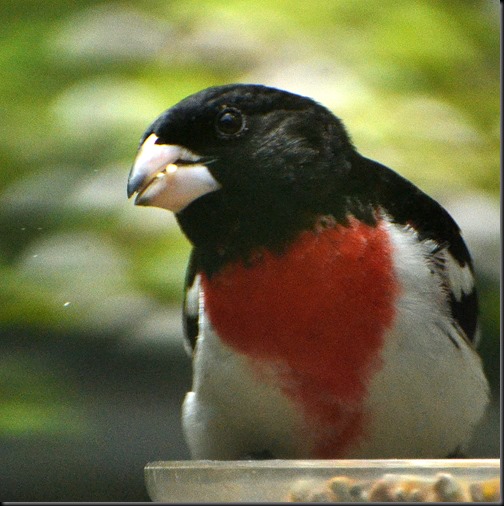 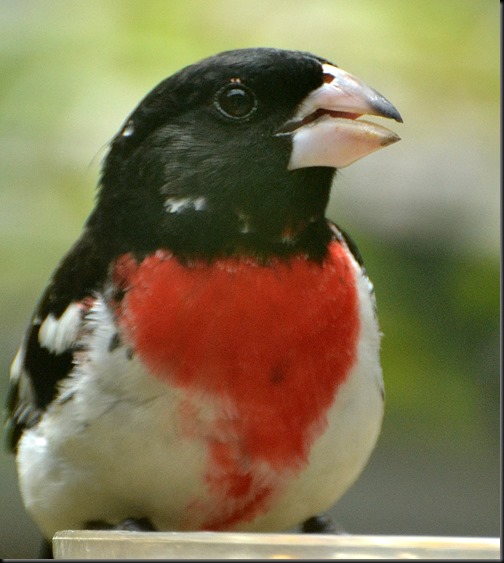 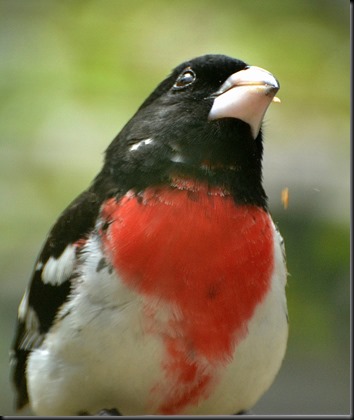 Took me awhile to shift myself into painting mode today or should that be painting mood.  Well, with the exception of a couple letters I pretty much figure it means basically the same thing.  For me painting is just one of those things that one has to be in the right frame of mind to do or it’s never going to get done.  Once I get started I’m usually fine but it’s just that pre-prep thought about it that is the hard part…….. Now having said all that earlier in the day I set about painting this afternoon only to find out about 20 minutes after I started that my mood was not into it & I had to hastily get myself out of it.  Maybe I’ll try that painting thing tomorrow, or next week or how about later in the year when the nice colors of Autumn are upon us. 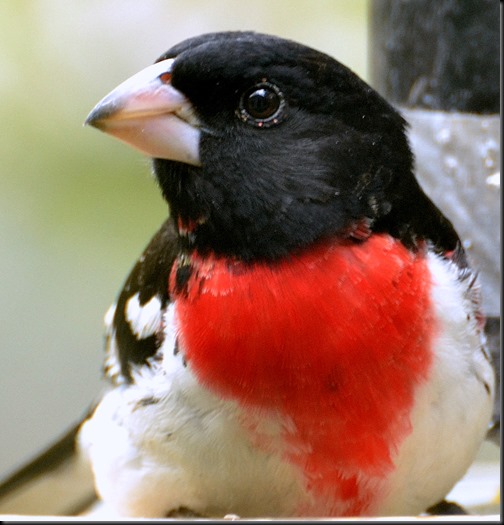 With temperatures ever so slowly warming up how nice once again to have our doors open to to the sounds of Robins, Red Wing Black Birds, Blue Jays, Mourning Doves, Orioles, Sparrows, Red Breasted Grosbeaks, Black Capped Chickadees, Canada Geese overhead & the occasional chattering of old Crows in the tree tops.  Background these aerial choruses with Spring’s nearby Peeper Frogs & I’d say things are shaping up nicely here on the outskirts of Bayfield’s quaint little village on the cliffs overlooking mighty Lake Huron. 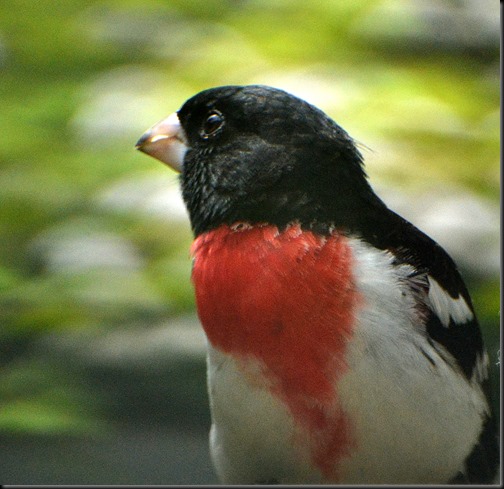 Thanks to the folks who dropped around to have a look at & leave a comment on my buddy Jim’s new blog.   He emailed me today saying he couldn’t believe the number of hits he had on his site already:))  Lifetime Sentences  And to you folks who sent emails regarding his blog I forwarded them to Jim.  Drop on by & you won’t be disappointed by his often humorous short tales of life’s fancy & folly. 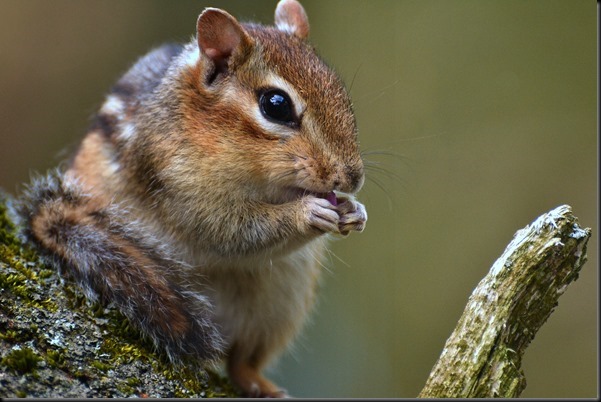 GUESS WHO I CAUGHT EATING OUR AZALEA BUDS AGAIN!!!! 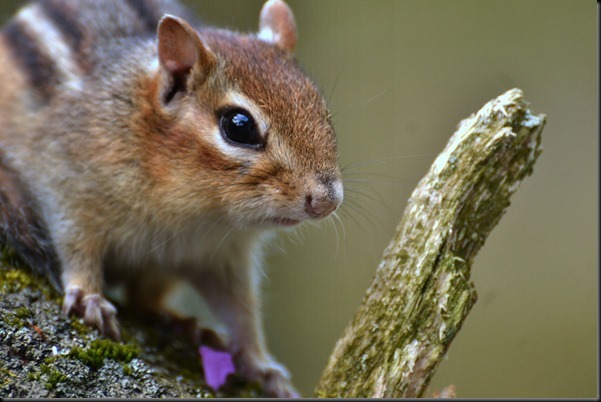 GROANER’S CORNER:((     Two men contracted to paint a small community church. Being very frugal(cheap), they pinched and scraped to spend the absolute minimum on materials. Then, when they were only partway through the job, they determined that they did not, after all, have enough paint to complete the job. Not wishing to spend any more money if they didn't absolutely have to,they decided they would just dilute the water-based paint they were using so that it would last longer. They did this a couple more times before they finished, which caused striping on the church as the paint got lighter each time it was thinned. The painters had just about gotten to the top of the steeple, when, all of a sudden, the sky darkened, and the rain started to pour down. As the paint streamed down the sides of the church, a voice boomed from the heavens: "Repaint, you thinners! Repaint, and thin no more!"

Recently someone nearly got away with stealing several paintings from the Louvre. However, after planning the crime, breaking in,evading security, getting out, and escaping with the goods, he was captured only two blocks away when his van ran out of gas.When asked how he could mastermind such a crime and then make such a foolish error, he replied, "I had no Monet to buy Degas to make the VanGogh."