AND FROM HERE ON IN WE’LL CALL YOU MR. SPACKLE OUR FRONT YARD IS SLOWLY BEGINNING TO FILL IN

To spackle or not to spackle this was the question.  To have lived one’s life & never spackled could very well have been an opportunity lost.  By 9 a.m. this morning I was spackling. 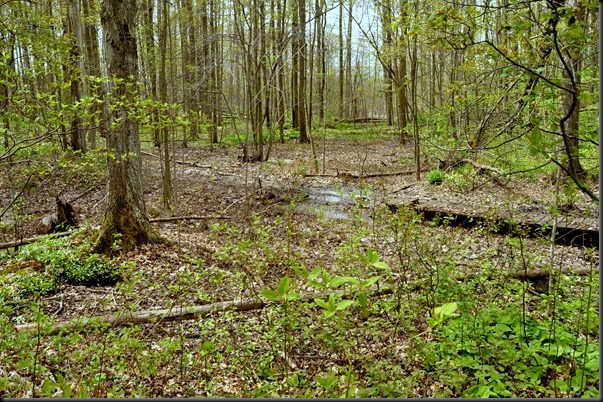 TONIGHT’S PHOTOS ARE FROM OUR MONDAY MORNING WALK 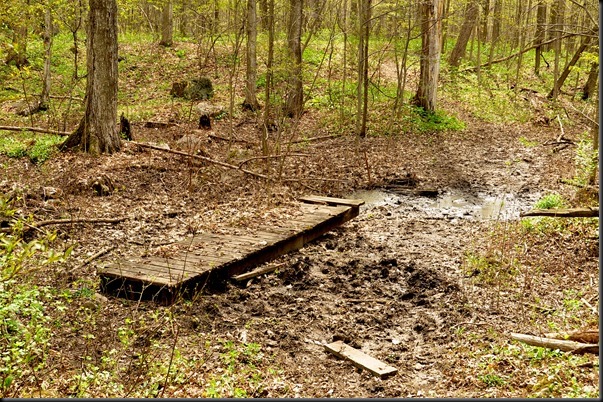 LUCKILY WE WERE ABLE TO DETOUR AROUND THIS MUD HOLE 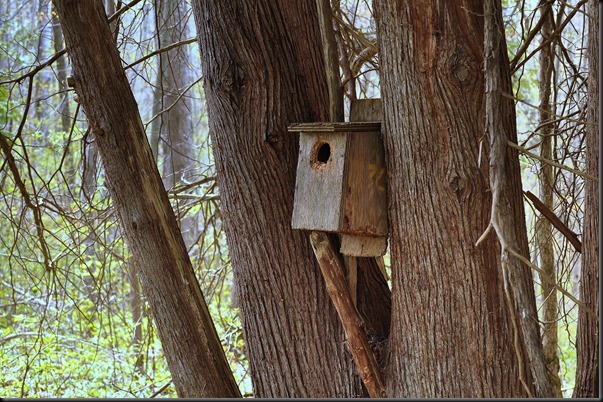 LOTS OF DIFFERENT TYPES OF BIRD BOXES IN THE HULLETT MARSH 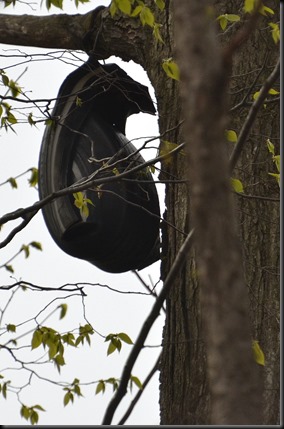 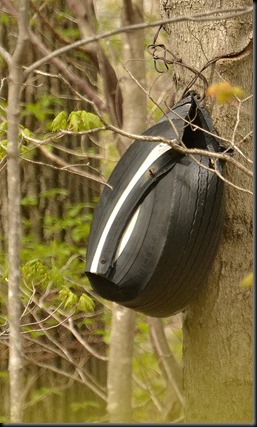 DON’T KNOW WHAT KIND OF BIRDS THESE HANGING TIRE HOUSES ARE FOR…..MAYBE THUNDERBIRDS:)) 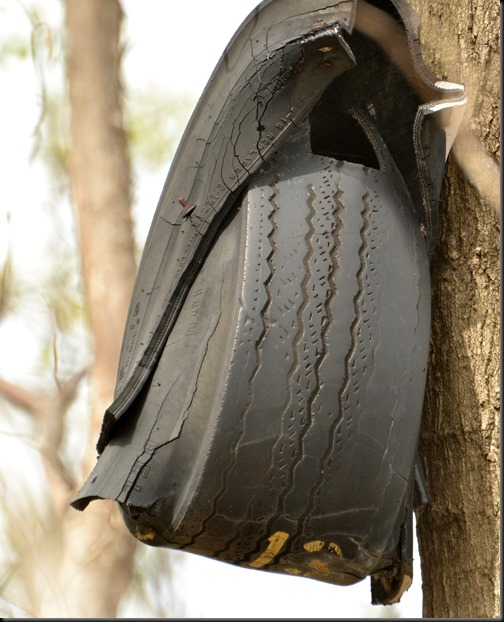 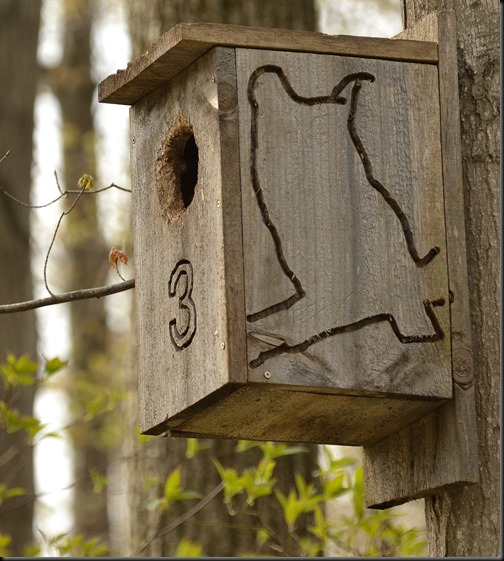 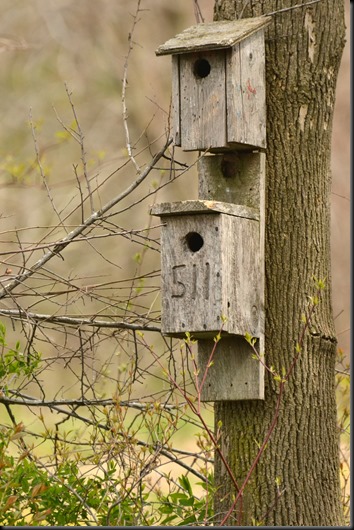 EVEN A DOUBLE DECKER HOUSE

Having made the decision not to go ahead with the wallpapering idea in our renovation project I was faced with the prospect of painting & if painting it was to be then I had a lot of nail holes in the wall to fill.  Enter my good friend & neighbor Richard Monday afternoon with a small tub of something called spackle in his hand.  Here he said, ‘you can fill all those holes with spackle & from here on we’ll call you Mr. Spackle’.  And that was my introduction to the world of spackling.  To show me how it was done Richard stepped up to a couple nail holes & without further ado he up & spackled them.  It’s pink stuff & using a putty knife just apply it to any small hole then wipe smooth with a damp rag.  An hour later the pink has turned to white & the wall is ready to paint.  And by golly here’s the best part……even I can do that.  And do it I enjoyably did this morning before heading off to the Maitland Valley Medical Clinic in Goderich to drop off a bucket of my blood for an upcoming Doctor’s appointment Monday morning.

TOO MANY LUMPS IN YOUR DIRT??  NO PROBLEM JUST FLATTEN THE SUCKERS

A FRESHLY SEEDED FIELD AWAITING A NEW CROP OF WHATEVER

I THINK MAYBE THEY ‘MIGHT’ CALL THAT RED THINGY A DISKER

By the time I got back home it was time to get going again & I was off to Clinton & Tim Hortons coffee shop for a 1 p.m. coffee blow-out.  Yep you guessed it, my best buddy Jim & I were at it again for another one of our marathon 5 hour arse flattening manic magpie gab sessions.  We never run out of things to talk about & there is never a pause in our conversation & now that Jim has his foot in the Blogger door we were both in overdrive.  Some of you folks are already familiar with Jim’s blog but for those of you who aren’t & are looking for a few things on the lighter side of life you had better kick yourself on over to Lifetime Sentences.  Maybe one of these days I’ll write up a little story & take you back to the early 80’s when Jim was a singer (he still is) & I was his manager.  He knew what he was doing, I didn’t & that’s why Jim is still a singer today & the only thing I’m left managing is which feet my socks go on.  We still do laugh about those zany days though.  You can catch Jim singing here, Ain't It Funny.  If that link doesn’t work then check out his Monday post with the same name.  Ain’t it funny was the title of the album he recorded back in 1981.  I did all the photography for the album cover & still remember taking each & every one of those photos.  Ahhhh yes, them’s was crazy days for a couple small town wild & crazy guys:)) TENT CATERPILLARS ARE ALREADY STAKING OUT THEIR TERRITORY 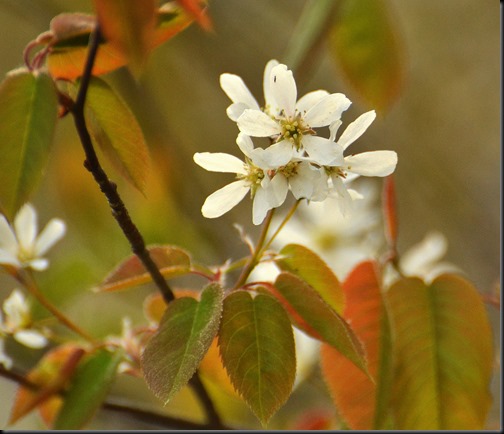 While I was away this afternoon Kelly worked her magic & managed to get my ‘Bisbee’ album working on the sidebar.   I created this photo album a few years ago as a colorful look back on our many times visiting Bisbee Arizona while ranch sitting in nearby McNeal.  Bisbee is a colorful & architecturally splendid Alpine like place set in the picturesque Mule Mountains of South-western Arizona.   It’s home to a multitude of ‘characters’ & many of my candid photos reflect that.   BISBEE ARIZONA....A FINE FEW MEMORIES 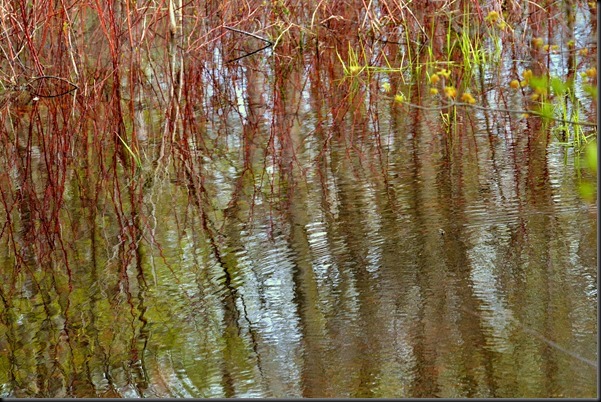 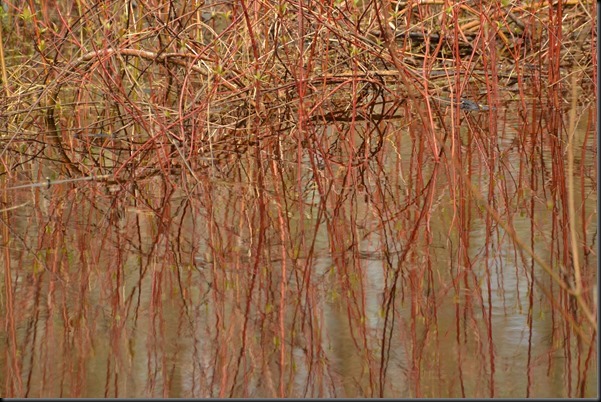 Not much in the way of new photos today but I did have a few pics left over from Monday morning when Pheebs & I were out cruising gravel roads & trekking through the Marsh.  Thursday morning Richard & I are off once again for our semi-monthly gravel road coffee run.  Yes indeed, Magpie Mania is upon me again……………….:)) 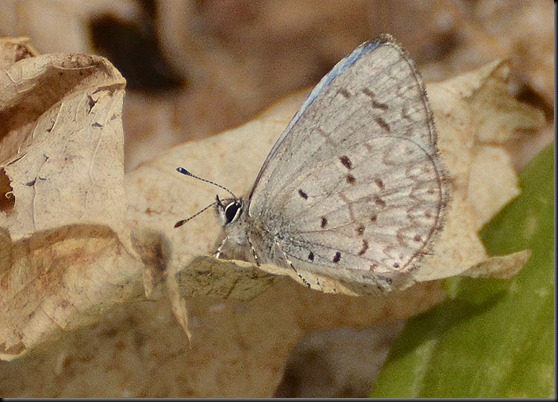 GROANER’S CORNER:((    I met someone in the elevator who was drinking coffee and complaining about how coffee made him nervous. I said why don't you quit drinking coffee. He said, "because if I didn't have the shakes I wouldn't get any exercise at all."

Two woman are arguing in the supermarket. One quickly grabs a package of Folgers coffee and dumps it down the other woman's shirt. The lady asks why did she do that? Her response was, "There's nothin' more better than waking up with Folgers in your cup."

Customer: Waiter, is this supposed to be coffee or tea? Waiter: What does it taste like? Customer: It tastes like gasoline! Waiter: Well, sir, that would be the coffee. The tea tastes like turpentine.

The 23rd Cup
Caffeine is my shepherd; I shall not doze.
It maketh me to wake in green pastures;
It leadeth me beyond the sleeping masses.
It restoreth my buzz.
It leadeth me in the paths of consciousness for its name's sake.
Yea, though I walk through the valley of the shadow of addiction,
I'll fear no Equal for thou art with me;
Thy cream and thy flavorings they comfort me.
Thou preparest a carafe before me in the presence of Juan Valdez.
Thou anointest my days with vigor; my mug runneth over.
Surely flavor and aroma shall follow me all the days of my life
and I will dwell in the House of Maxwell forever.
Amen!