As long as it doesn’t have anything to do with plumbing I actually don’t mind the sound of dripping sometimes & dripping is what it was doing this afternoon as periods of sunshine brought our temps a few degrees above freezing.  Spring’s warming sun dug into the snow & although slow we did have some melting going on. 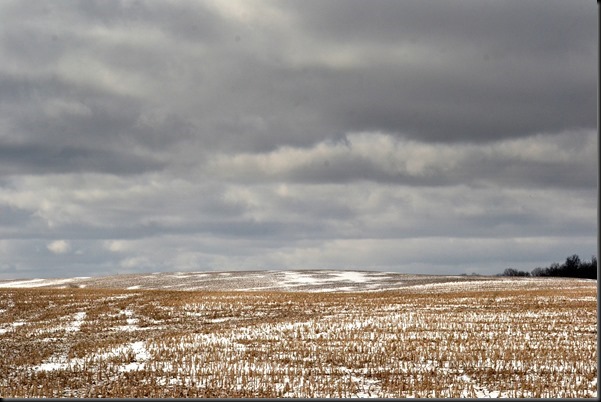 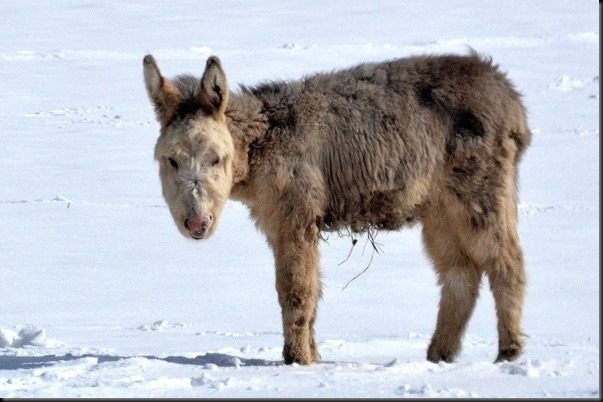 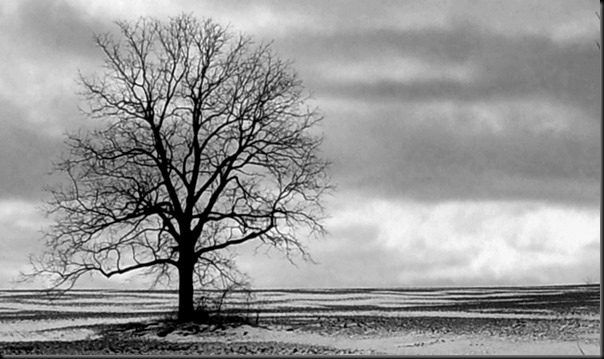 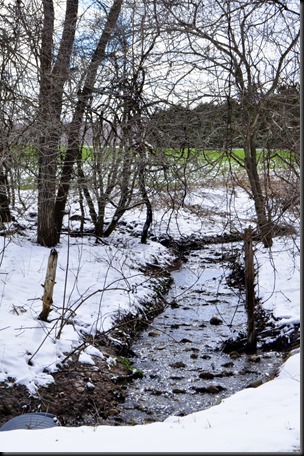 Pheebs & I had headed out earlier this morning enticed by a few sunny breaks in our cloud cover.  Gravel roads were still froze as we made our way around looking for a few photos.  Cloudy days for me are not too inspiring but we did manage an occasional picture here & there.  As the morning worn on we had a few more sun splashes & country roads soon turned to mud catching us far from any pavement.  By the time we made it back home around noon the Jeep looked like a Swamp Pig. 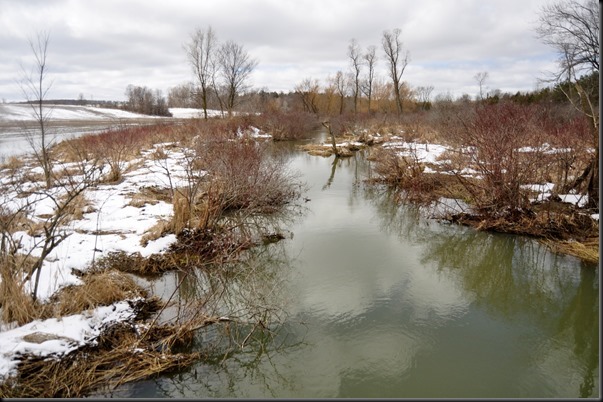 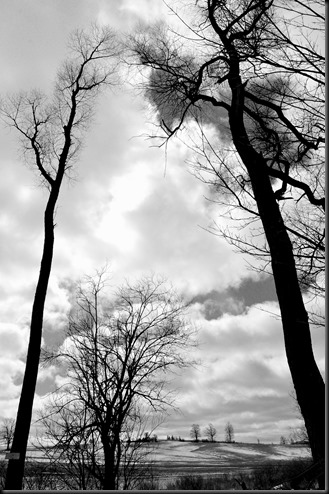 Looks like a Raccoon got into our wooden shed over the winter & had itself a blast wrecking stuff.  Quite a mess in there so started on a clean-up by first hauling out all our summer yard ornaments & stuff.  Normally the snow is all gone when I set things back out in the yard but today I just set things out in the snow where they usually go.  Even managed to dig out some porch & deck furniture. 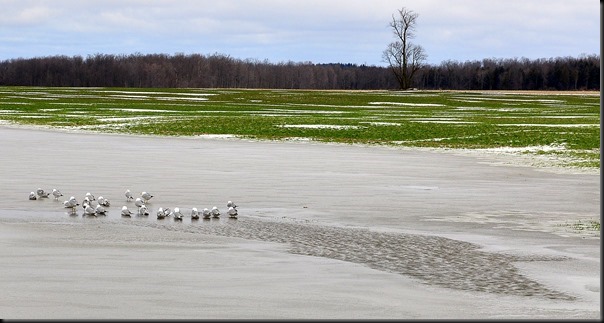 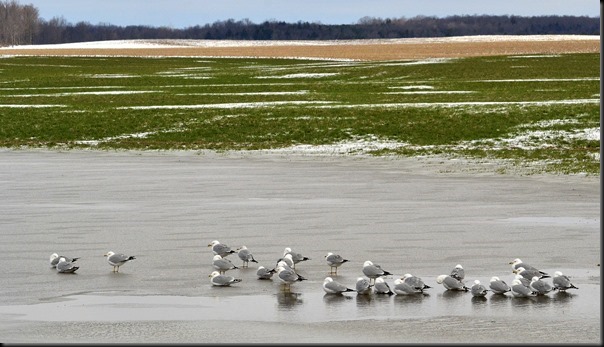 A question in the Shout Box asks why our Park is called the 5 Seasons when in fact there are only 4 seasons to each year.  Spring, Summer, Autumn, & Winter.  That’s a good question to which I have no answer…..except maybe this one.  Our Park is geared to folks 55+ so maybe that 5th Season simply means everyone living here is ‘seasoned’ with some folks even being………….‘well seasoned’:)) 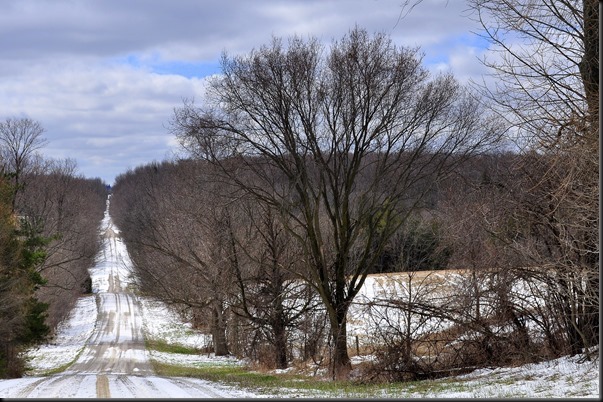 Here’s another example of a conflicted aging mind.  Someone in the Shout Box suggested I should have got myself a cart to carry that heavy bag of birdseed out of the TSC store Thursday.  I did think of doing that but the 18 year old in me said ‘phooey’ what’s the big deal about carrying out an 800 pound bag of birdseed.  Well it’s the same conflicted 71 year old mind that tells me to get a cart every time I go into Walmart even if I come back out 5 minutes later with nothing more than a package of gum.  It’s quite a tussle I have with this mind of mine most days now. 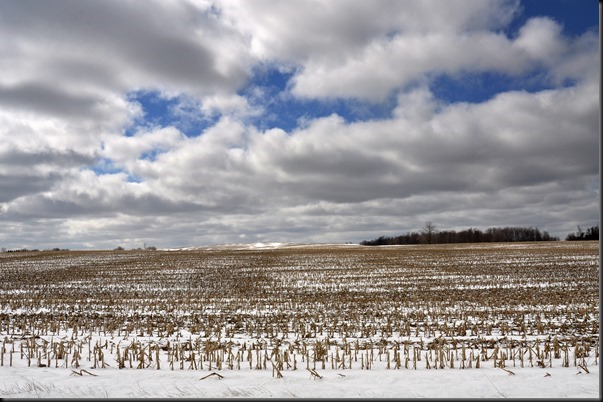 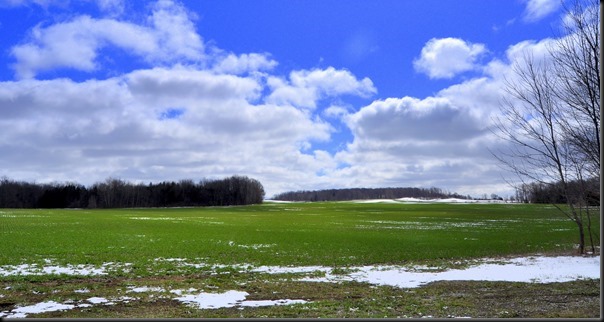 A question in our comment section in regards to my Thursday post mentioning Goderich’s Sifto Salt Mine asks, “ Just curious, how is the salt you referred to used? Industrial; human consumption; i.e. table salt; road salt? Are there salt caverns and have you ever been inside one”?  The Sifto Salt Mine in Goderich is the largest in the world & here is short informative You Tube video which answers all those questions except the last one.  And the answer to the last question is ‘yes’ Kelly & I were fortunate enough to tour the Goderich Salt Mine back in the late 90’s one time & I can tell you it is ‘HUGE’ down in that mine which runs way out under Lake Huron.  It looks just like the above You Tube video & here’s another link for more underground mine pictures, Link.  It’s like a bustling little town down there with big truck traffic coming & going.  Can’t remember if photos were allowed or not but I was in a ‘photographic dry spell’ in those days & wasn’t in the habit of taking photos of anything anyway. 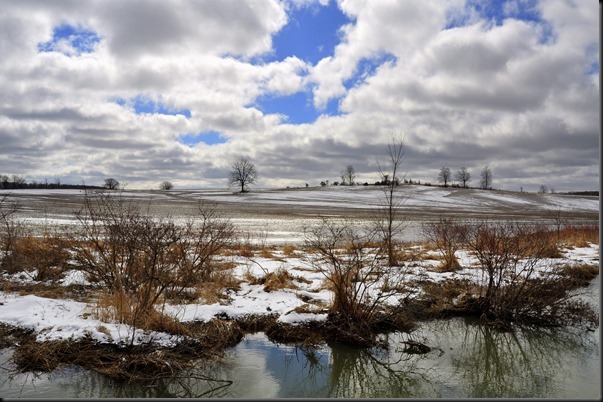 GROANER’S CORNER:(( Bubba was bragging to his boss one day, "You know,   I know everyone there is to know.  Just name someone,   anyone, and I know them." Tired of his boasting, his boss called his bluff,  "OK,   Bubba how about Tom Cruise?" "Sure, yes, Tom and I are old friends, and I can prove it." So Bubba and his boss fly out to Hollywood and knock on Tom Cruise's door, and sure enough, Tom Cruise, shouts, "Bubba!  Great to see you!  You and your friend come right in and join me for lunch!" Although impressed, Bubba's boss is still skeptical. After they leave Cruise's house,   he tells Bubba that he thinks Bubba's knowing Cruise was just lucky. "No, no, just name anyone else," Bubba says "President Obama," his boss quickly retorts."Yes," Bubba says, "I know him,   let's fly out to Washington." And off they go.  At the White House, Obama spots Bubba on the tour and motions him and his boss over,   saying, "Bubba, what a surprise, I was just on my way to a meeting, but you and your friend come on in and let's have a cup of coffee first and catch up."  Well, the boss is very shaken by now, but still not totally convinced.   After they leave the White house grounds, he expresses his doubts to Bubba, who again implores him to name anyone else.  "The Pope," his boss replies.  "Sure!" says Bubba.  "My folks are from Poland, and I've known the Pope a long time."  So off they fly to Rome.   Bubba and his boss are assembled with the masses in Vatican Square when Bubba says,  "This will never work.  I can't catch the Pope's eye among all these people.   Tell you what, I know all the guards so let me just go upstairs and I'll come out on the balcony with the Pope."  And he disappears into the crowd headed toward the Vatican.  Sure enough, half an hour later Bubba emerges with the Pope on the balcony.   But by the time Bubba returns, he finds that his boss has had a heart attack and is surrounded by paramedics.  Working his way to his boss' side, Bubba asks him, "What happened?"  His boss looks up and says, "I was doing fine until you and the Pope came out on the balcony and the man next to me said, "Who's that on the balcony with Bubba?"