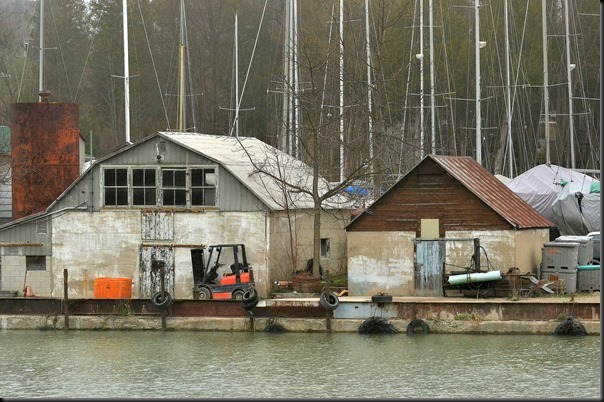 No hint of movement in our pine trees, not a sway not even a shiver.  Our morning's air stood perfectly still wrapping itself around the Park's tall unmoving pines in a clinging mist.  Checking Grand Bend's beach cams we couldn't even see the beach.  A heavy fog sat upon the land & I knew it probably wasn't a great morning for a photo tour.  So we went anyway although we didn’t go far. 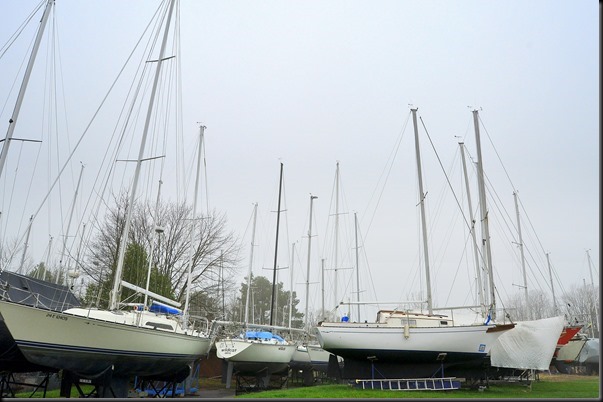 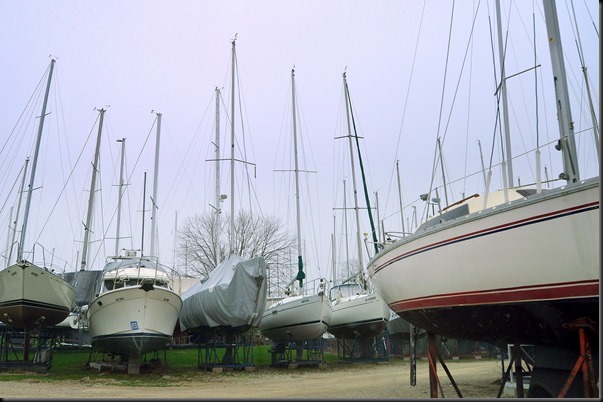 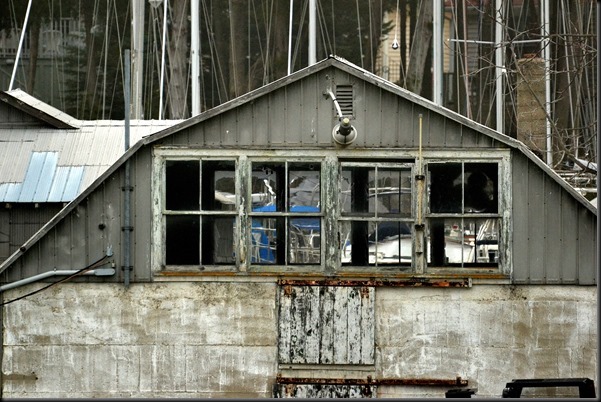 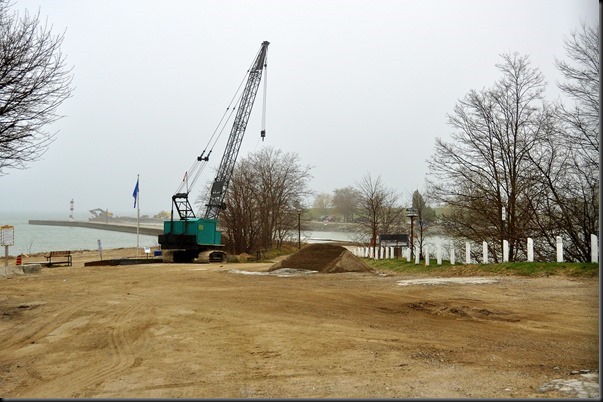 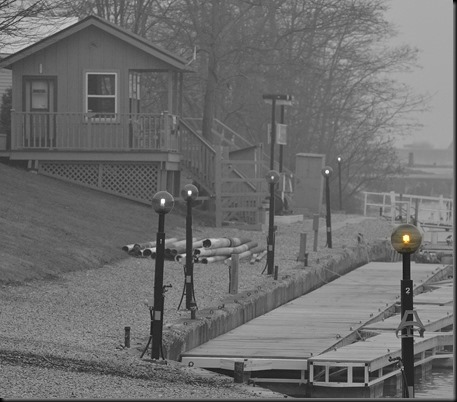 A GENTLE MIST IN THE AIR

Finding it difficult to get myself cranked up on a cold sunless fog shrouded morning we just slipped into Bayfield & took us for a drive down around the harbor, had us a short leg stretch at Pioneer Park, then through the town we went & back home again.  Definitely not one of our longer Jeep rides.  Here beside Lake Huron’s cold Winter waters it always takes longer each Spring to warm up than even just a few miles inland.  Lazed around in the house staying away from the day’s cold & damp & as temperatures hovered around the mid 40’s I just kind of hovered around my recliner.  And colder tomorrow:(( 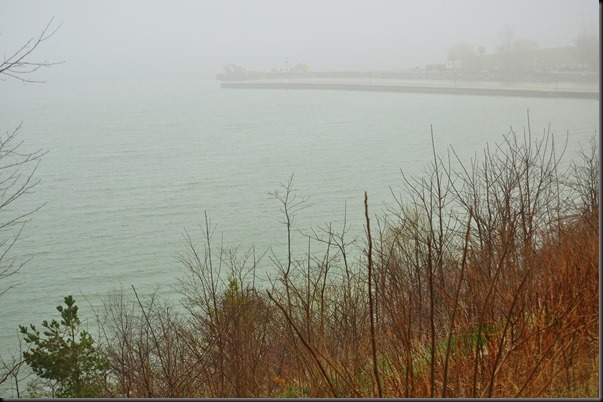 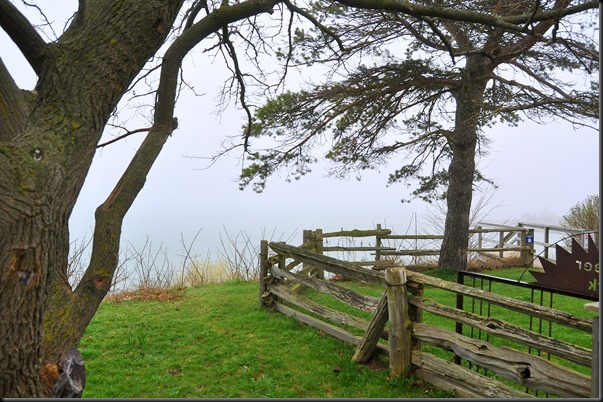 NOT EVEN A HORIZON LINE ON THE LAKE TODAY 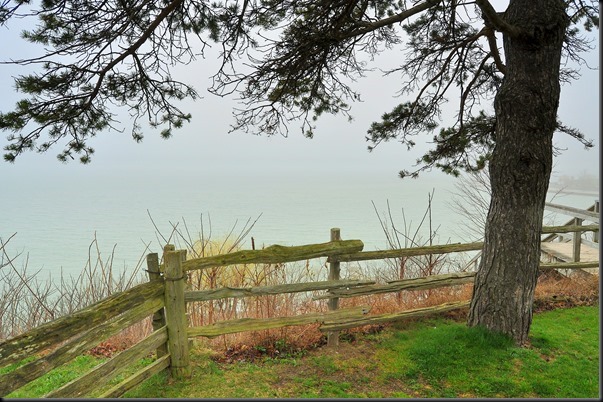 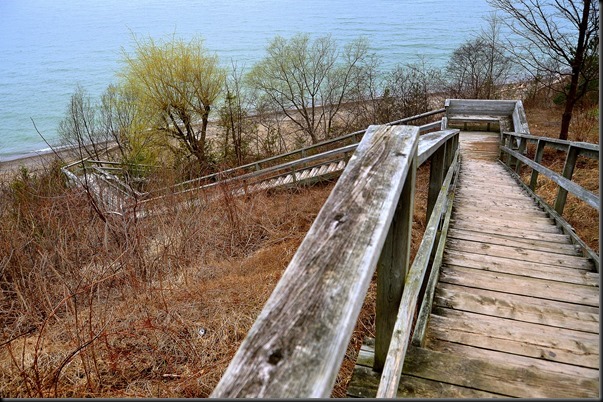 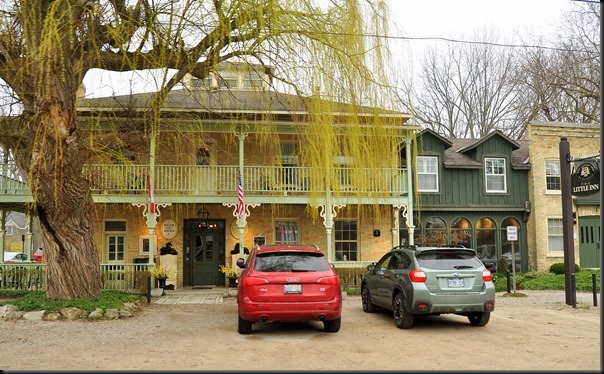 SO NICE TO FINALLY SEE SOME DAFFODILS 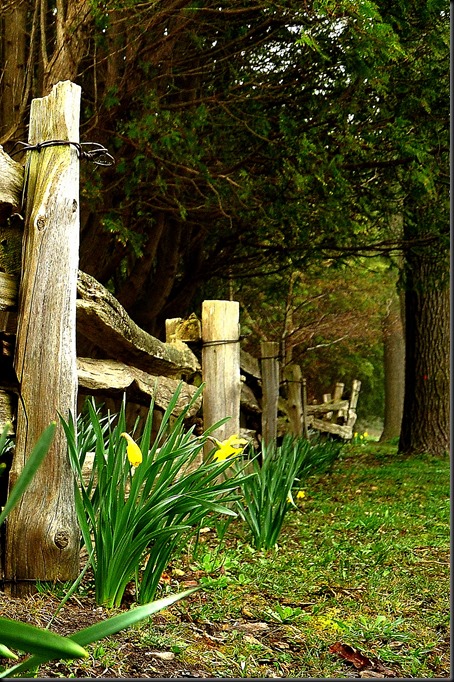 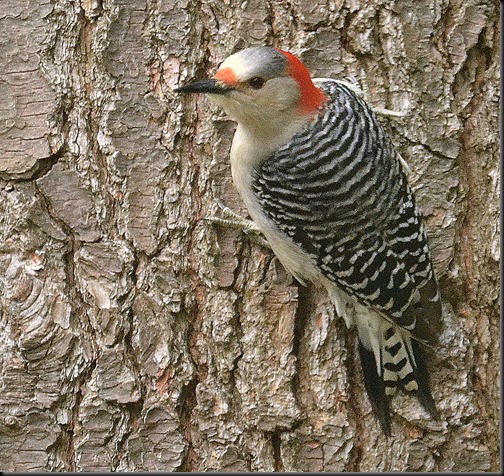 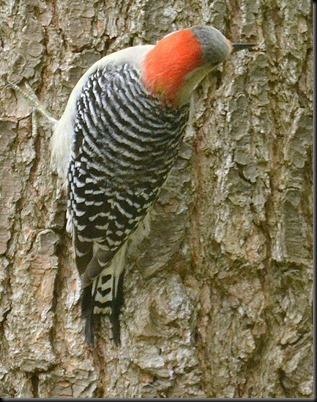 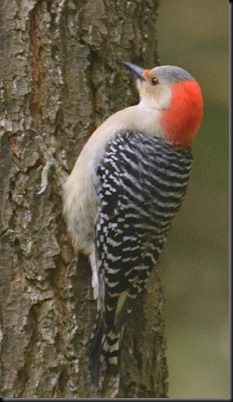 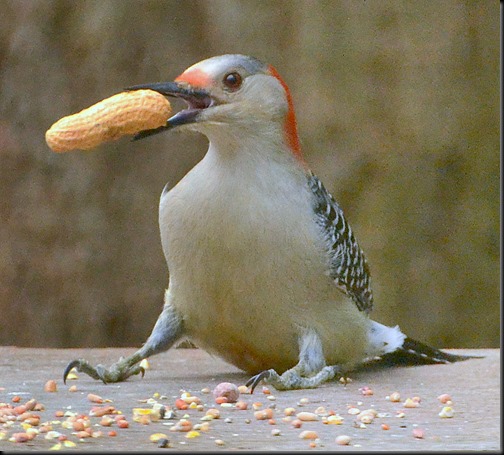 Aside from the above 2 paragraphs I can’t really think of anything else to write about.  Despite it being cold we did end the day under sunny skies.  Maybe with Libby’s heater cranked up in the morning Pheebs & I can get out for a bit.  Maybe take my new lens over to the Hullett Marsh & see if we can spot us some Polar Bears & Penguins………………. 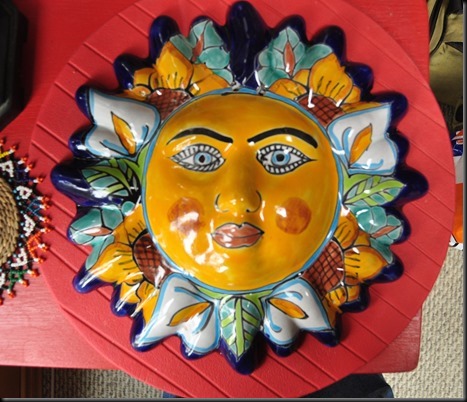 GROANER’S CORNER:((  A manager at Wal-Mart had the task of hiring someone to fill a job opening. After sorting through a stack of resumes he found four people who were equally qualified. He decided to call the four in and ask them only one question. Their answer would determine which of them would get the job.  The day came and as the four sat around the conference room table, the interviewer asked, 'What is the fastest thing you know of?'

The first man replied, 'A THOUGHT.' It just pops into your head. There's no warning.  'That's very good!' replied the interviewer. 'And, now you sir?', he asked the second man.  'Hmmm...let me see 'A blink! It comes and goes and you don't know that it ever happened. A BLINK is the fastest thing I know of.  'Excellent!' said the interviewer. 'The blink of an eye, that's a very popular cliché for speed.' He then turned to the third man, who was contemplating his reply.

'Well, out at my dad's ranch, you step out of the house and on the wall there's a light switch. When you flip that switch, way out across the pasture the light on the barn comes on in less than an instant. 'Yep, TURNING ON A LIGHT is the fastest thing I can think of'.  The interviewer was very impressed with the third answer and thought he had found his man. 'It's hard to beat the speed of light,' he said.

Turning to BUBBA, the fourth and final man, the interviewer posed the same question.  Old Bubba replied, 'After hearing the previous three answers, it's obvious to me that the fastest thing known is DIARRHEA.'  'WHAT!?' said the interviewer, stunned by the response.  'Oh sure', said BUBBA. 'You see, the other day I wasn't feeling so good, and I ran for the bathroom, but before I could THINK, BLINK, or TURN ON THE LIGHT, I had already messed my pants.'

BUBBA is now the new greeter at a Wal-Mart near you!