HEY IS THAT DONALD THE TRUMP OVER THERE!!

I mentioned a post or two ago I wouldn’t be talking any more about my camera lens dilemma.  Well that was until today that is.  I had no idea when I woke up this morning I would be bringing a brand spanking new AF-S Nikkor 70-300mm 1:4-5.6 G lens home today.  Eating breakfast this morning Kelly had the Canadian Tire flyer in hand & said she was headed to Goderich & was there anything I needed.  I jokingly said, “no not in less they sell Nikkor camera lenses.  Well they don’t of course but Kelly asked, “so what are you going to do about that” meaning my camera lens problem.  With that thought rattling around in my head along with bobm’s comment on my Monday post which said, “My advice with respect to the lens dilemma: Life is short, don't compromise. :-)” I asked myself the same question, ‘just what are you going to do about that Al’.  Then I started formulating a plan.

A FEW FARM HOUSES ON A RAIN SOAKED DAY

Packed up my newer Sigma lens along with one of my 18-55mm lenses (I had 2 of them) as well as my seldom used 55-200mm lens & headed for Henry’s Camera Store in London Ontario.  Took along my older Nikkor 70-300 lens with the shaking & rattling problems just in case it might have been worth something as a trade-in.  (It wasn’t)  They allowed me a fair trade-in price on the Sigma & Nikkor 18-55 lens but the Nikkor 55-200 was toast as was my favorite old 70-300.  The 55-200 lens must have got wet at some point & condensation had formed inside the lens leaving spots.  That would explain why I wasn’t happy with the photos I took with it Wednesday.  The 70-300’s stabilizer was worn out & they said neither lens was worth fixing.  So that was it, I sprung for a new lens which is the same lens as my old favorite one only brand new. 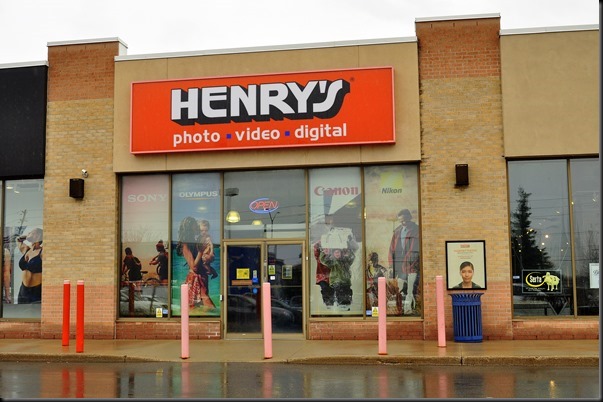 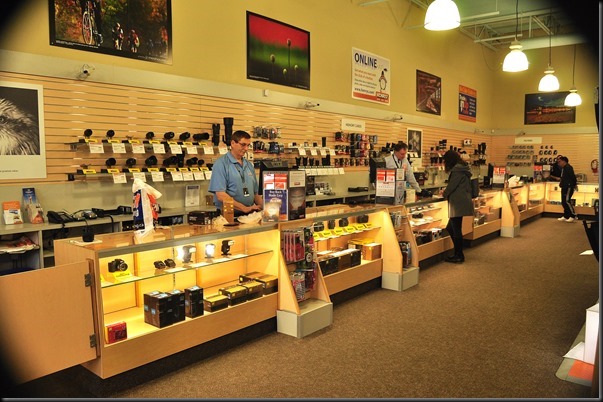 BOUGHT MY NEW 70-300 LENS FROM THE FELLOW IN THE BLUE SHIRT & THAT’S ALL MY STUFF CLUTTERING UP THE COUNTER…..NOTICE THE BLACK VIGNETTING ON THE CORNERS, I WAS TRYING OUT A LENS HOOD FOR MY  18-55 LENS

Rained all the way to London & back but I didn’t mind.  Beats sitting in the house on an overcast rainy day & I was back home in less than 3 hours.  Didn’t take Pheebs with me because she had gone with Kelly to Goderich earlier.  That little doggie sure gets around. 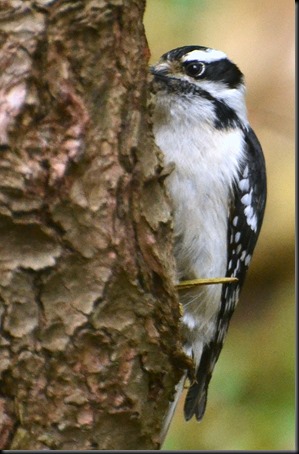 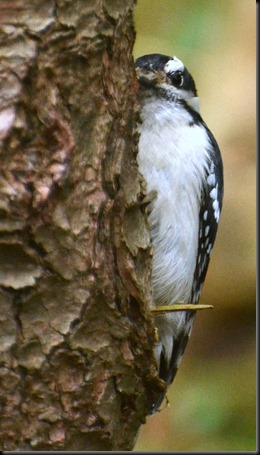 FIRST FEW SHOTS THROUGH THE SUNROOM WINDOW WITH NEW LENS

I saw Sam’s latest post was entitled Not Good News & when I read it I understood why.  Donna’s breathing difficulties have taken a turn for the worse.  Sam & Donna are part of the old group of RV Bloggers I remember from my early blogging days.  We are sending our thoughts to you Donna.  And Sandie in her post a few days ago had an update on Retired Rod which read, “Rod is improving and his family is taking really good care of him. He’s had a couple of weeks of chemo and some radiation”……… So there ya go Biker Boy we’re still all thinkin about ya out here:))  And it’s not often one looks forward to an upcoming surgery but over at Donna's house she is definitely looking forward to it.  And who wouldn’t be with ‘Sturgeon the Surgeon’ doing the slicing & dicing.  To clear this one up & to know what a parathyroid tumor has to do with it you will have to stop by Donna’s latest post.  And what’s this about ‘Cave’ people riding trains to & from Chicago eh?? 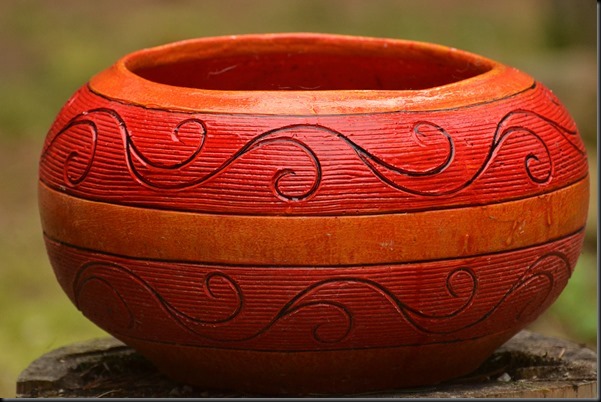