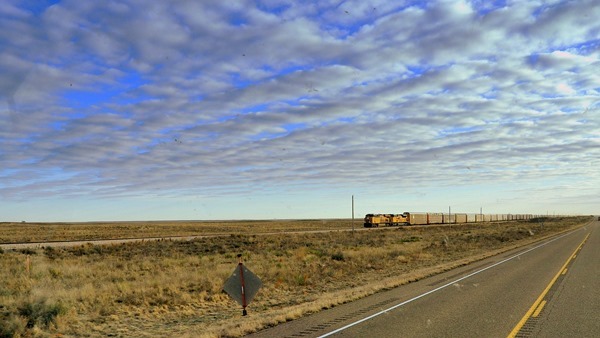 How nice to have a relaxingly quiet night without traffic whizzing by a short distance away.  Slept right through till 5 a.m. when I heard Kelly getting up.  While out with Pheebs in the pre-dawn hours under partly cloudy skies I thought again about the old pre-sixties Motel complex here at the CACTUS RV PARK & how much history it holds from the good old Route 66 days.  Noticed when we pulled out this morning there were actually other places along this stretch of road all relating back to that bygone era as well. 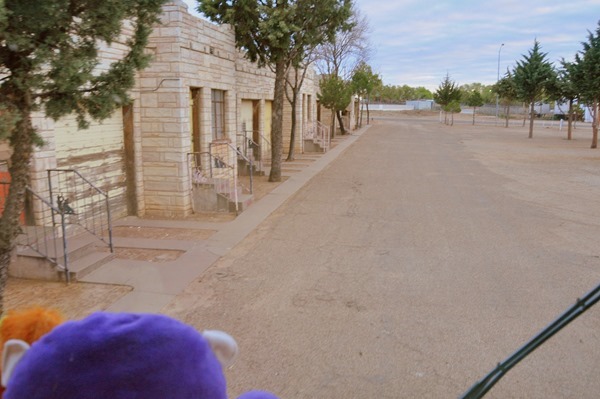 WE QUIETLY SLIP OUT OF THE CACTUS RV PARK THIS MORNING

Rolled out of Tucumcari’s CACTUS RV PARK at 7:25 New Mexico time & headed north up highway 54.  It was time for a change from Interstate driving & we were familiar with this route having come this way heading south one time back in 2010.  What a nice Sunday drive this turned out to be all the way up to Hutchinson Kansas.  A combination of 2 & 4 highway lanes with maybe a dozen small towns thrown in along the way.  Traffic was light with most of it being trucks.  Highway was in good shape with passing lanes along the two lane stretches.  Flat gently rolling hill country with a few trees but no forests.  The landscape has a beauty all it’s own but I don’t think I’d care to live on the Plains.  Just not enough varying topography for me & certainly not enough back roads for Pheebs & I to go jeeping on.

I DIDN’T FIND THE FLAT SCENERY BORING…..I FOUND IT RELAXING 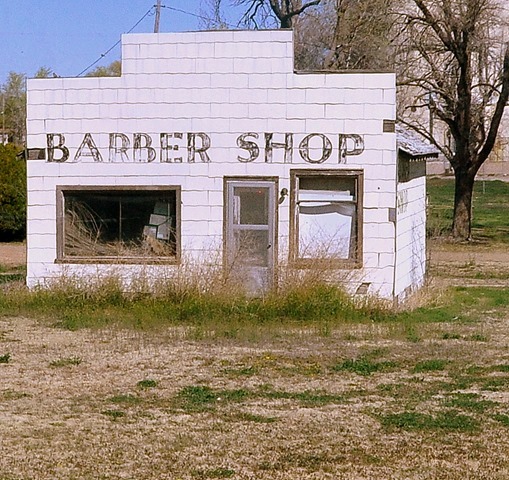 I WONDER HOW MANY OLD TIMERS HAD THEIR HAIR CUT HEE 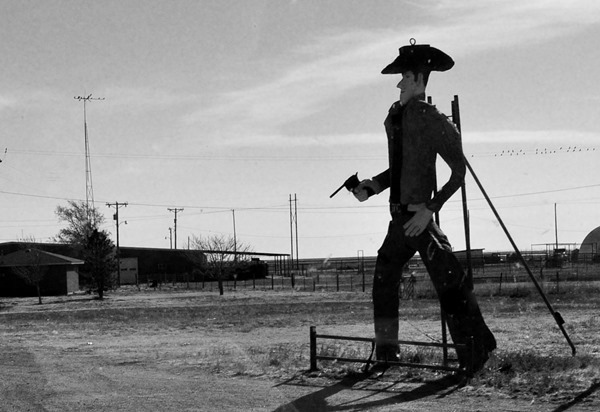 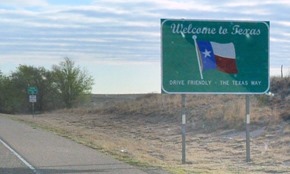 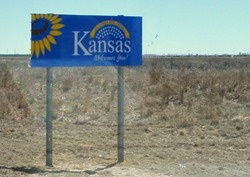 FROM TUCUMCARI WE TRAVELLED IN 3 STATES TODAY 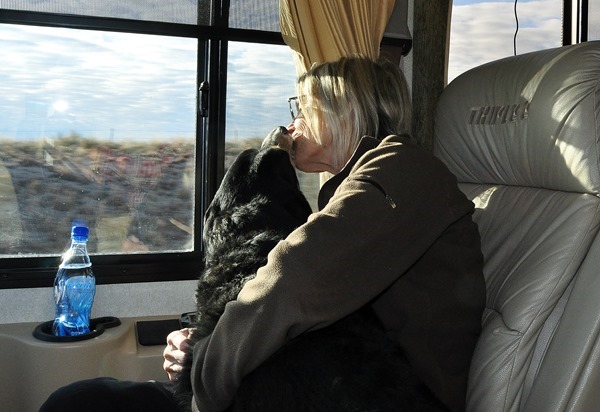 SNUGGLES & SMOOTHCES ALONG THE WAY:))

Hutchinson Kansas was not as I remembered it & I hardly recognized anything from our last south bound pass through town back in November of 2010. Seems like Hutchinson’s growth rate has really exploded.  I had searched out Walmart’s location on Google Earth so knew basically where to find it & it was 4:30 p.m. when we rolled into Wally’s parking lot.  Slipped in for a few groceries & we were good for the night. 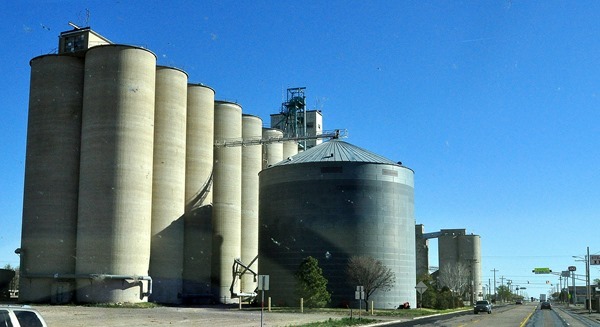 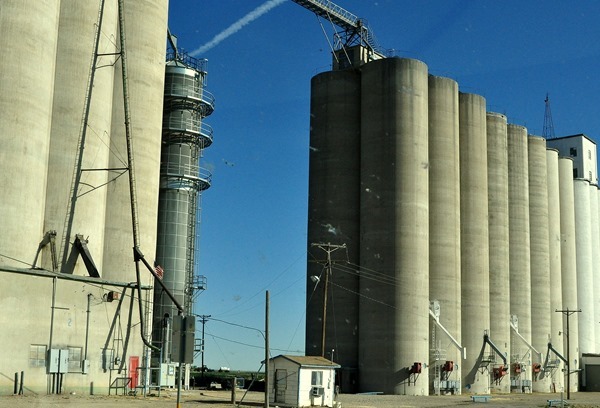 Today’s easy drive was the lull before the storm as sometime tomorrow we connect with I-80 & head east to do battle over the coming days with cities Omaha, Des Moines, Davenport, & Chicago.  As Charlie Brown would say, “Good Grief”!! 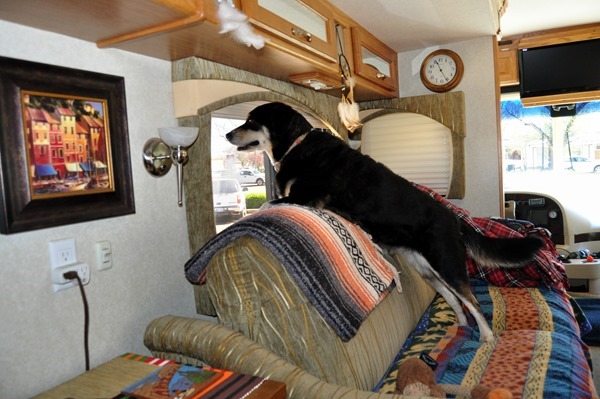 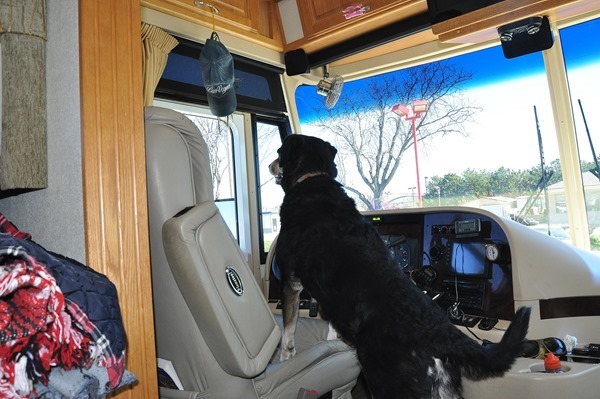 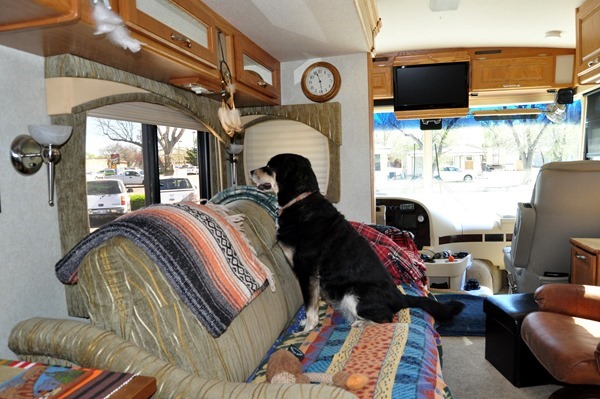 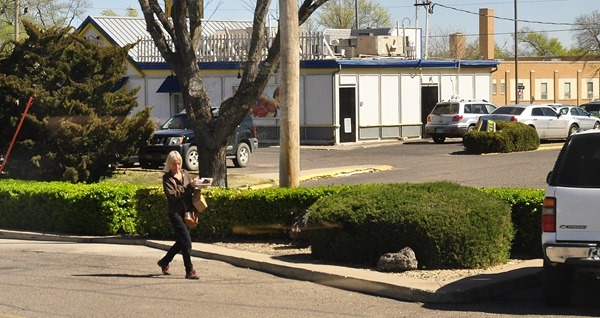 AND HERE SHE COMES:))

Must say it has been very refreshing not watching any television since leaving Congress & especially not seeing any of the latest political shenanigans going on here in America.  Although arriving back in Bayfield soon I’m sure we’ll find ourselves right back into the fray again.  But what a nice respite from all that for now anyway. 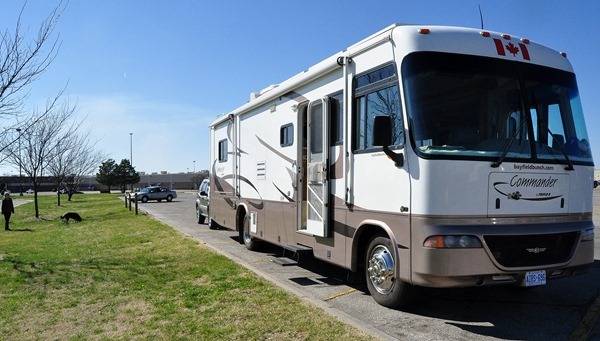 WE EVEN HAVE SOME GRASS WITH TONIGHT’S OVERNIGHTER 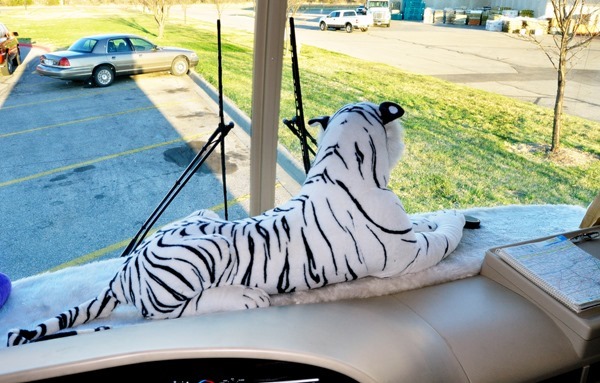 WE NEVER HAVE ANY SECURITY ISSUES WITH SPENCER ON THE JOB

And once again I have to say how well the Big EEE has been running.  I’m beginning to think more & more it was that Mass Air Flo Sensor all along that was causing us all the problems & engine codes. 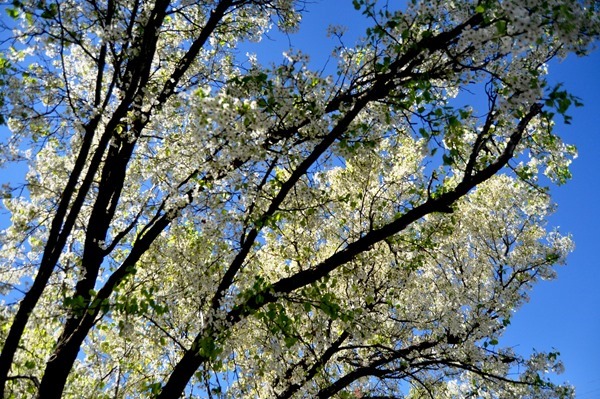 A FEW SIGNS OF SPRING ALONG THE WAY TODAY:)) 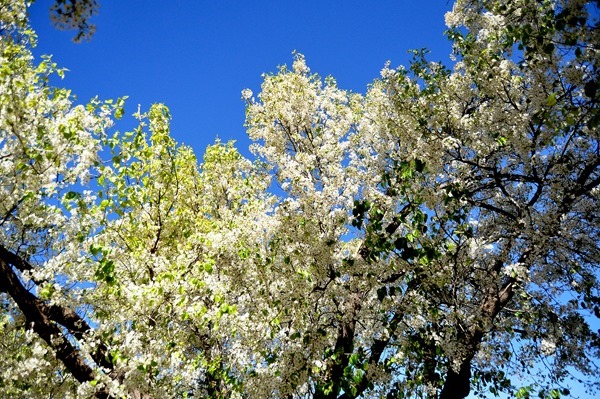 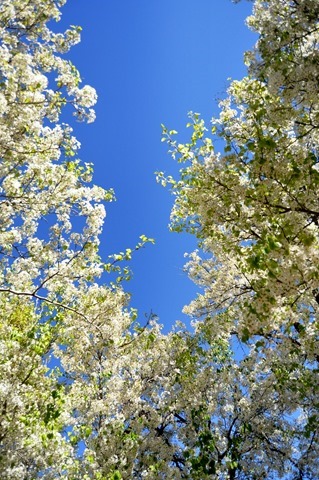 GROANER’S CORNER:(( A dying man gathered his lawyer, doctor and clergyman at his bed side and handed each of them an envelope containing $25,000 in cash. He made them each promise that after his death and during his repose, they would place the three envelopes in his coffin. He told them that he wanted to have enough money to enjoy the next life.  A week later the man died. At the Wake, the Lawyer and Doctor and Clergyman, each concealed an envelope in the coffin and bid their old client and friend farewell. By chance, these three met several months later. Soon the Clergyman, feeling guilty, blurted out a confession saying that there was only $10,000 in the envelope he placed in the coffin. He felt, rather than waste all the money, he would send it to a Mission in South America. He asked for their forgiveness. The Doctor, moved by the gentle Clergymans sincerity, confessed that he too had kept some of the money for a worthy medical charity. The envelope, he admitted, had only $8000 in it. He said, he too could not bring himself to waste the money so frivolously when it could be used to benefit others.  By this time the Lawyer was seething with self-righteous outrage. He expressed his deep disappointment in the felonious behavior of two of his oldest and most trusted friends. "I am the only one who kept his promise to our dying friend. I want you both to know that the envelope I placed in the coffin contained the full amount. Indeed, my envelope contained my personal check for the entire $25,000."