CASEY IOWA TO LANSING MICHIGAN…..EVEN WITH CHICAGO THROWN IN IT WAS A GOOD DRIVING DAY 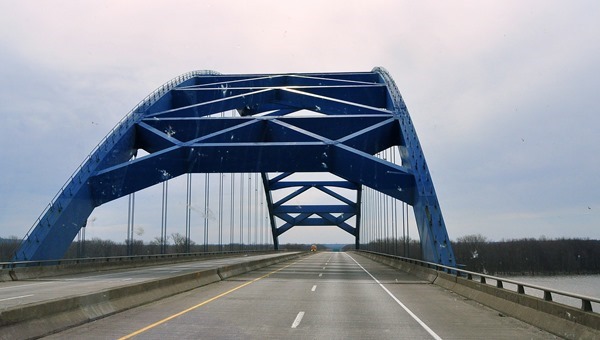 BRIDGE OVER THE MISSISSIPPI RIVER SOUTH OF DAVANPORT IOWA

Quite often winds die down in the night & we were hoping for quieter air Tuesday morning & sure enough we caught a break when the winds had dropped to a stiff breeze.   One glance at the weather map Monday night showed us we could very well be in for some nasty weather ahead & with that thought in mind we rolled out of Casey Iowa at 7 a.m. this morning heading east.  I was actually happy to see a cloud cover because as any driver knows heading into the morning’s rising Sun is no picnic.  Especially with a bug infested windshield & 8 lanes of heavy traffic in an area one is not familiar with. 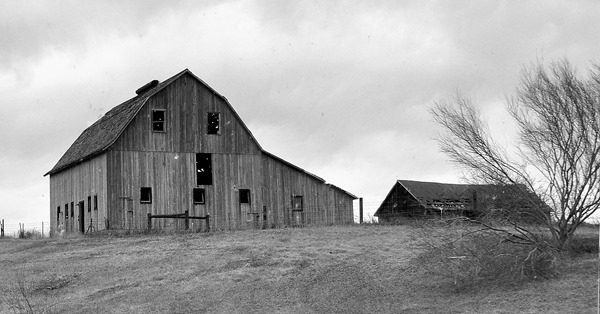 A FEW MORE PHOTOS FROM THE DRIVER’S SEAT TODAY 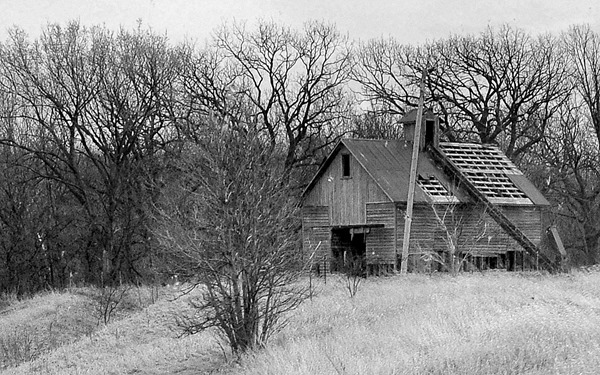 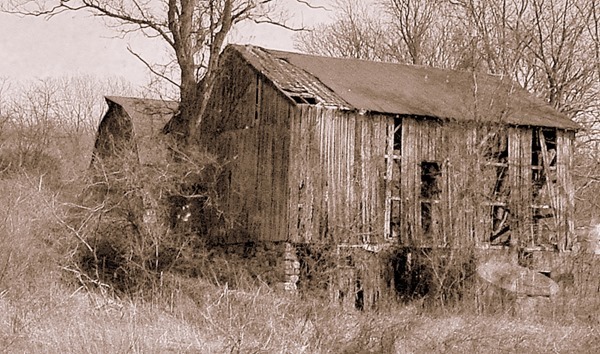 I knew we would probably pile into the tail end of the morning rush in Des Moines Iowa & that is exactly what we did.  I had said in Mondays post Des Moines was the easiest city to get through out of the 3 cities ahead of us.  Wrong!!  Davenport is the easiest because of it’s 2 by-passes.  We took the southern route with very lite traffic.  We did get through Des Moines before that alright but the traffic was heavy. 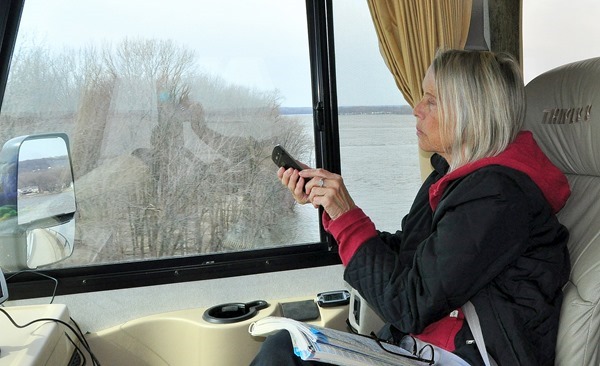 Winds picked up east of Davenport but not as bad as Monday.  Kelly kept a close eye on the weather reports which seemed to be worsening with each report but oddly enough the further east we went the nicer the day became.  We plowed into Chicago’s west end traffic about 1:15 p.m. & spent the next 40 minutes dodging this & deaking around that.  Traffic was heavy all the way & I thought to myself it would only take one driver making one mistake to cause everyone else to go flying & crashing around upside down.  Kelly had pre-programmed our Garmin GPS & once again thanks to that amazing piece of tracking technology we made it though Chicago once again unscathed but nevertheless I was so glad to put that city’s traffic madness behind us……until next time:(( 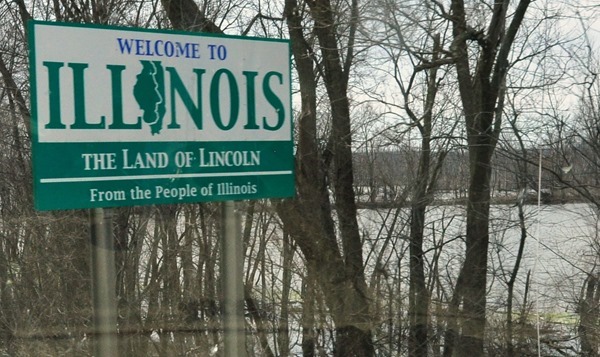 AND YEP WE ROLLED OURSELVES THROUGH INDIANA TODAY TOO

It was somewhere east of Davenport I decided we had better put as many miles on today as we could.  Weather warnings were out for South-western Ontario calling for freezing rain & snow Wednesday.  There was no way we wanted to have to hole up somewhere & wait out freezing rain or a snow storm.  Nor did we want to get caught driving in that miserable stuff.   With that thought in mind I set my mind on Lansing Michigan.  We may wake up to rain Wednesday morning but we should be home before the freezing rain starts sometime later in the day. 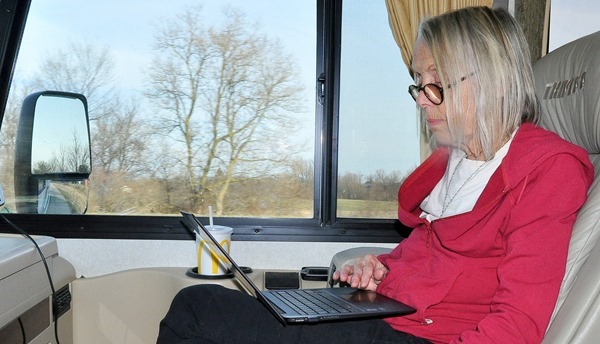 As our day wore on our weather actually became nicer with sunshine finally breaking through the cloud cover about mid afternoon.  I felt energized by that & how nice to still be in reasonably mild weather again today.  We rolled into Lansing Michigan about 6:30 Ontario time & headed straight for a familiar overnight spot.  Cracker Barrel:))  Found us a quiet place right behind the restaurant & shut er down.  Minutes later we were once again digging into our mashed potatoes & gravy with breaded chicken.  I even sprung for some veggies this time. 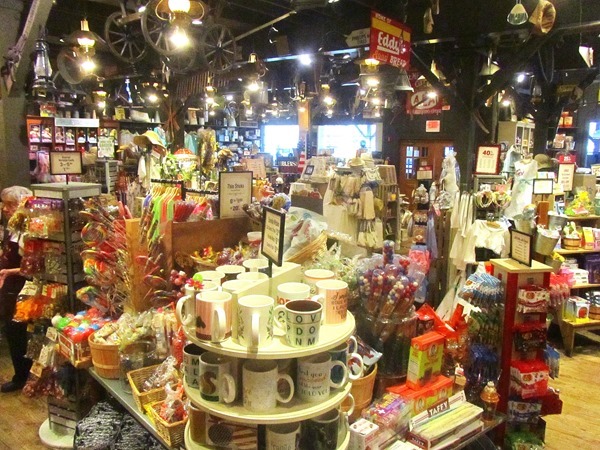 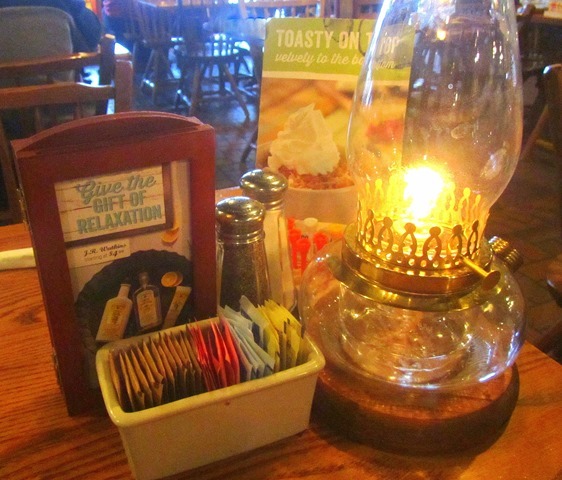 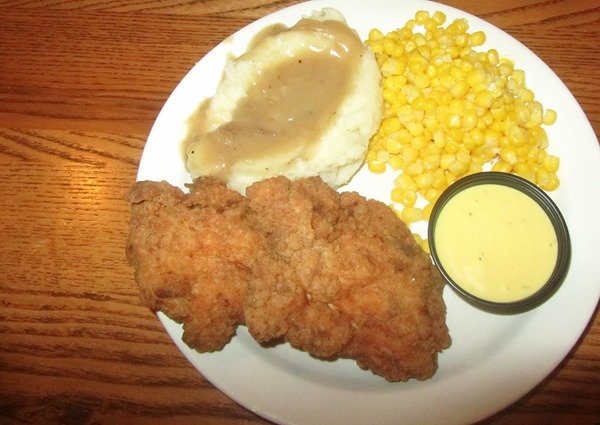 Logged us 584 miles today.  In the morning we’ll roll out at first light & head 121 miles to the border at Port Huron & Sarnia.   Another 68 miles will land us home in Bayfield Ontario.  Only hurdle left for us now will be the border itself & if all goes well there our first stop in Canada will be Tim Hortons coffee shop in Forest Ontario for our customary welcome home coffee & apple fritter doughnuts.

We received an email from Jenny J today with an update on Retired Rod.   Jenny says, “Here is all I know about Rod ---- good news so far.  Just talked to a friend who visited Rod who is in KU Med ICU. Surgery to remove the tumor went well. He is unable to talk much but prognosis is good. May move him out of ICU tomorrow. That's all I know”……. A big thank-you Jenny for that email update.  We & I’m sure many others all appreciate it:)) 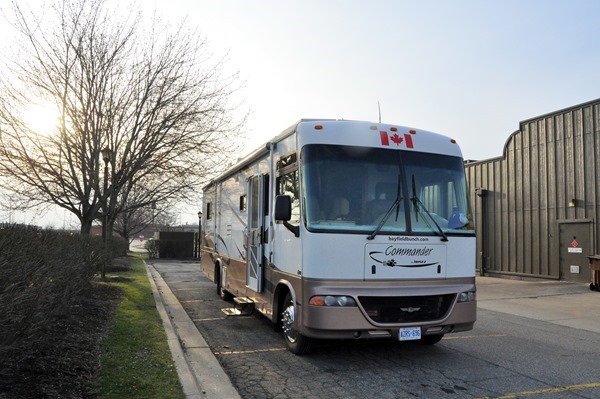 OUR OVERNIGHT CRACKER BARREL STAY FOR THE NIGHT

GROANER’S CORNER:((  Airman Jones was assigned to the induction center, where he advised new recruits about their government benefits, especially their GI insurance.  It wasn't long before Captain Smith noticed that Airman Jones had almost a 100% record for insurance sales, which had never happened before.  Rather than ask about this, the Captain stood in the back of the room and listened to Jones's sales pitch.
Jones explained the basics of the GI Insurance to the new recruits, and then said: "If you have GI Insurance and go into battle and are killed, the government has to pay $200,000 to your beneficiaries. If you don't have GI insurance, and you go into battle and get killed, the government only has to pay a maximum of $6000."  "Now," he concluded, "which bunch do you think they are going to send into battle first?"