PLODDING ALONG ON THE OLD STAGE COACH TRAIL 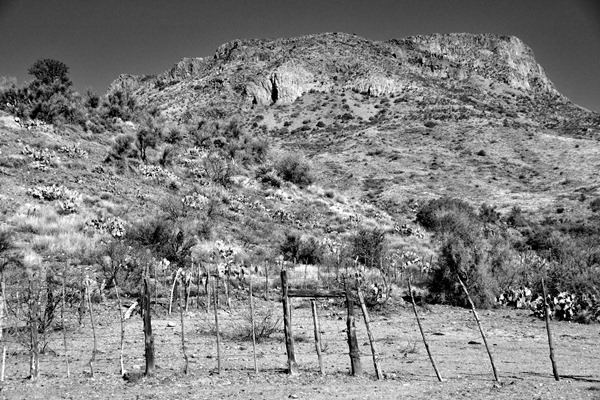 It’s those in between days I have the most difficulty with.  You know the ones where you can’t decided what you want to do for the day.  I didn’t want to sit around the house yet I didn’t feel like going anywhere.  For a few hours I was stuck in limbo between a ‘didn’t want’ & ‘didn’t feel like’ before Pheebers finally convinced me in no uncertain terms to take her for a Jeep ride.

NICE TO SEE THE HILLSIDES GREENING UP 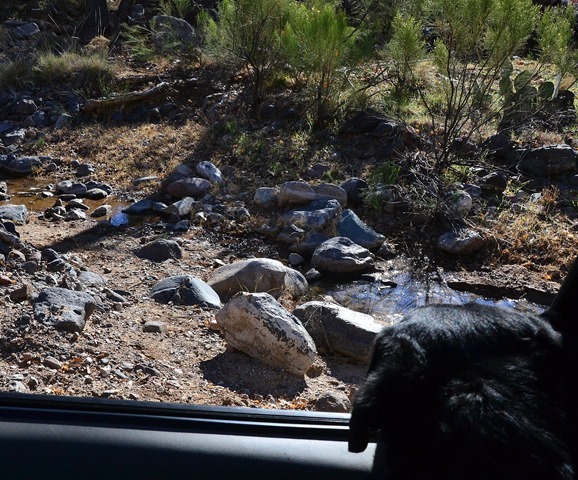 PHEEBS CHECKS OUT A DRY CREEK BED AS WE CROSS IT

Well where to go I thought as we drove out the gate & headed down Ghost Town Road.  It was a beautiful sunny warm Sunday morning with birds singing in the trees & some nice tunes on the radio.  Figured we’d just keep it simple & head ourselves on over to the old gold mining town of Stanton & pick up Stage Coach Road heading north up into the Weaver Mountains.  Always a nice scenic drive up that way so that’s what we did. 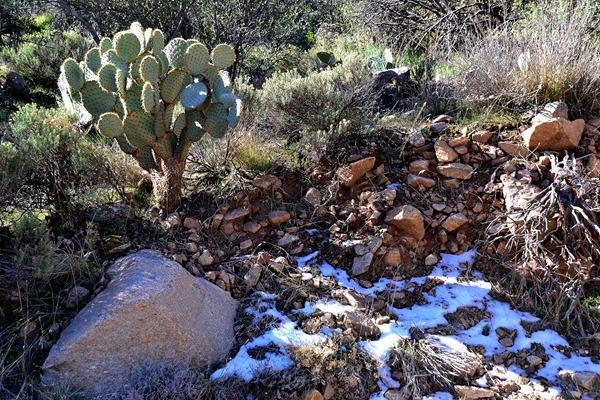 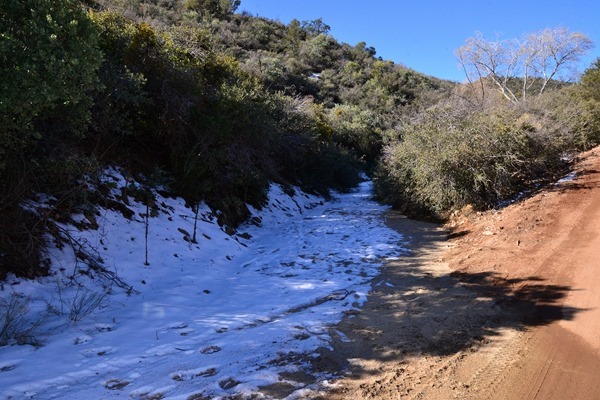 We motored along at a slow plodding pace probably not much faster than an old stage coach of yesteryear would have been traveling as it bumpily made it’s way over the once rutted & stony trail.  I wondered if the stage driver & his passengers at this time of year had noticed the surrounding hills greening up as I did this morning. 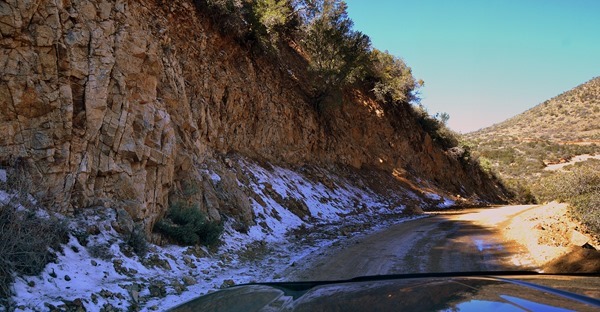 About two thirds of the way up through rugged hills & short steep canyons is a small flat area with a few old Cowboy corrals still occasionally in operation judging from the cow paddies on the ground.  We generally always stop here for a leg stretch either on the way up or the way down Stage Coach Road.  Had to throw on a jacket to cut the higher altitude’s cool breeze.  Beautiful views all around with the morning’s silence broken only by the occasional moooing of cows somewhere off in the prickly Mesquite nearby. 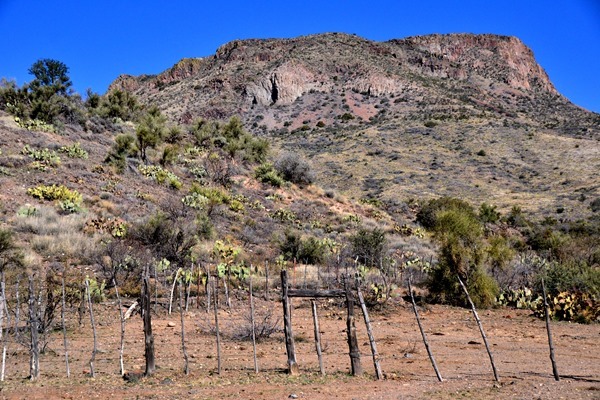 From the Cowboy Corral we probably climbed another five or six hundred feet up the last & roughest section of the winding road.  In some places this sometimes rock strewn stretch is narrow enough for only one vehicle.  With jagged rocks on one side & a nasty drop off on the other side a feller has to keep an eye on where’s he’s going.  A couple blind hair pin curves can make for an interesting confrontation with any approaching vehicles nosing around from the other side.  It’s no place to be in a hurry & for sure we were in no hurry this morning.  Don’t think we’ve ever met another vehicle on this section of road going the other way anyway. 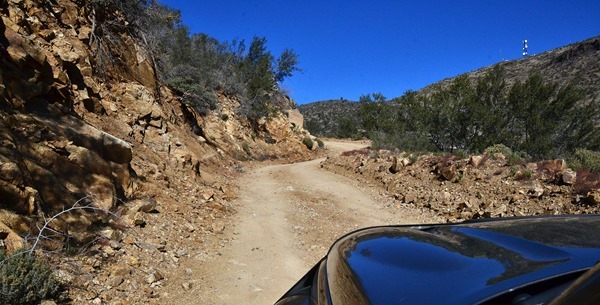 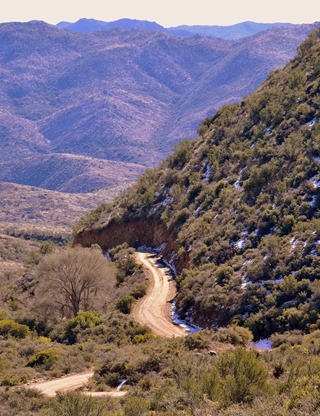 Minutes later we were in Yarnell & after a quick cruise through the little town we found ourselves heading our way back on down the big Yarnell Hill on highway 89.  Noticed the guard rail is already fixed where the big 18 wheeler’s trailer had crushed it a week or so ago.  For anyone familiar with the Yarnell Hill the scene of that accident was at that sharp curve where the white Elephant is painted on the rock.

Five minutes later we were home & that was about it for our day.  Sat outside later in short sleeves soaking up the Sun’s warmth reading my Kindle while tipped back in my chair listening to the sweet sounds of our backyard birds.  It’s quite a life we seem to have sometimes………….:)) 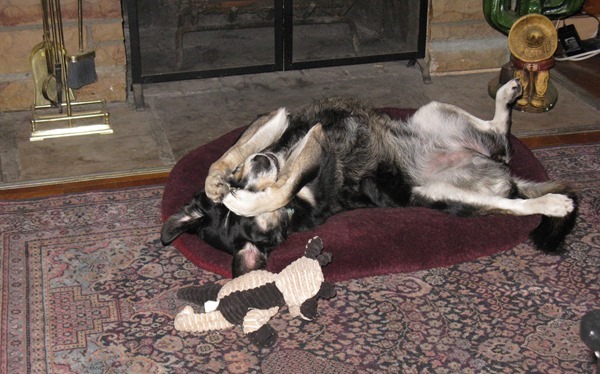 GROANER’S CORNER:((  Two elderly Wal-Mart greeters were sitting on a bench at the entry way when one turns to the other and says, "Slim, I'm 73 years old now and I'm just full of aches and pains. I know you're about my age. How do you feel?'  Slim says, "I feel just like a new-born baby."  Really, Like a new-born baby?"  Yep. No hair, no teeth and I think I just wet my pants again."