AN 11 A.M. APPOINTMENT AT A ‘TITLE AGENCY’ THIS MORNING 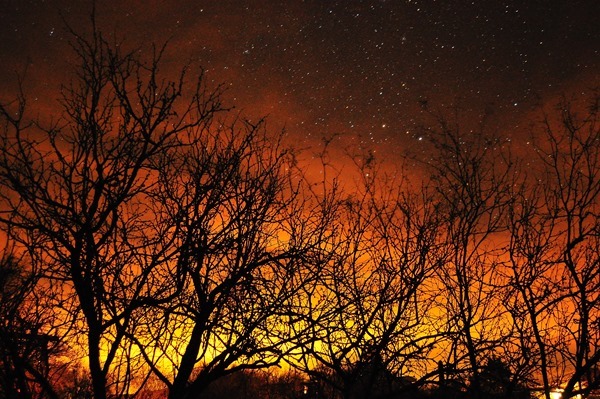 NIGHT SKY FROM OUR BACK YARD

We were outside this morning in short sleeves at 8:15.  Only one word to describe that…..’WOWSERS’:))  Decided right off it was a good day for an outside haircut so out came the scissors.  While cutting Old Grumpy’s hair Kelly mentioned the small pair of scissors she uses were over 40 years old.  She bought them at a SALLY BEAUTY SUPPLY STORE when she & her first husband John & their 5 children briefly lived in Florida.  She has used those same scissors all these years for hundreds & maybe even thousands of family haircuts over the years.    She always does a fine job on my hair & her years of home style hair cutting experience has served her well.   Of course my hair is always a challenge because I generally wait until it is too long & in such a mess before I agree to having it cut.   Now you would think after all these years I would learn & have my hair cut on a regular basis wouldn’t you but nope it’s just one of those things I still haven’t got too darn smart about yet:(( 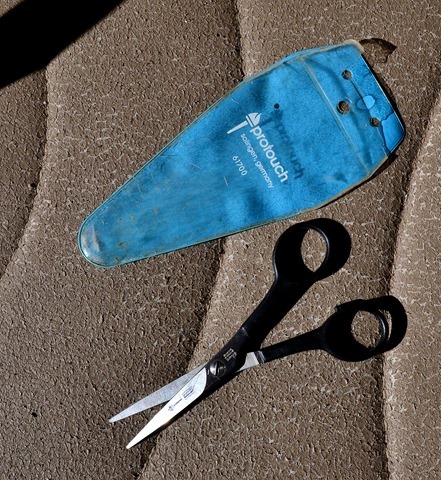 Managed to slip out into our back yard for a few more photos Wednesday night.  Still experimenting with settings & things but here are some camera settings I have been having a bit of beginner’s luck with so far.  ISO 1600 with most of my shutter speeds at 1/30th of a second.  Been toying around with some lighting settings as well.  Did some goofy face shots with a red beam flashlight.  This kind of thing is often referred to as painting with light.  Maybe I’ll try a little more of that creative sort of stuff using different subject matter.  I was suprised at the number of F-16 Fighting Falcons in the night sky darting about amongst the stars.  They are much easier to spot in the darkened sky because of their white blinking lights.  They look exactly like tiny twinkling stars moving about.   I heard a couple ‘Crrrruuuumps’ like munitions being dropped but I don’t know of any bombing ranges anywhere near here. 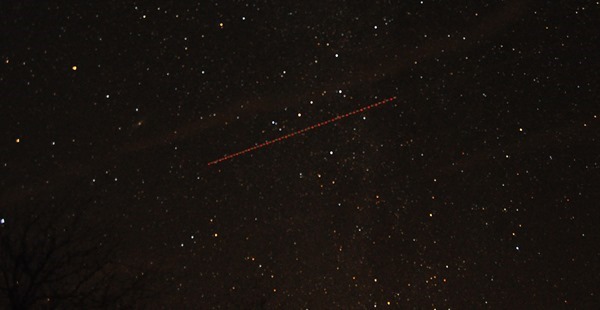 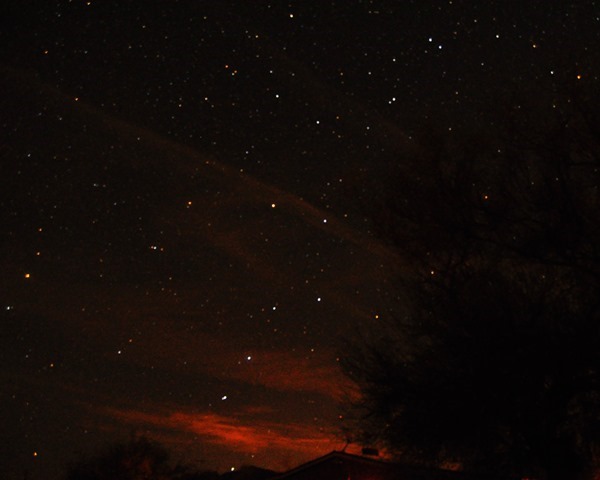 Leaving Pheebe at home in the coolness of the house Kelly & I slipped into Wickenburg this morning for an 11 a.m. appointment with a lady at the Pioneer Title Agency.  Our Realtor friend Dave Allen suggested a couple months ago we have a sit down with Peggy Coppinger to see what all is involved should we decide to sell our house at some point.  Procedures & costs were talked about and questions were asked & answered.  We now have a much better understanding of what is all involved & how to go about things.  In a nutshell it would be far easier to sell our Congress house while we’re here rather than from 2300 miles away in a different country. 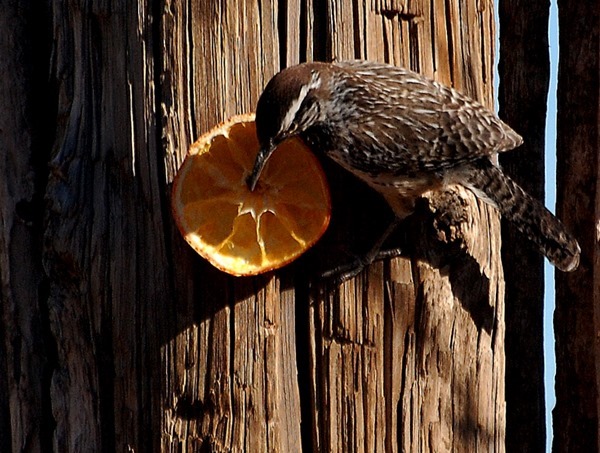 Needing a few groceries we stopped into a very busy Safeway on the way home.  Big week-end coming up in Wickenburg with it’s 68 th Annual Gold Rush Days & Rodeo Events rapidly gearing up for Friday Saturday & Sunday.  Lots of cowboys & their horses flocking into town for all the events & we saw some of that inbound traffic this morning. 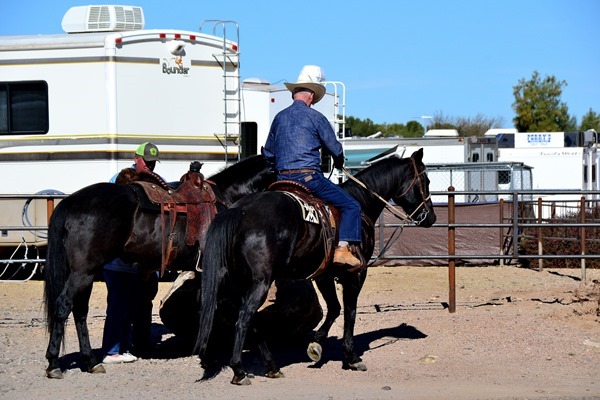 LOTS OF RVING COWBOYS IN WICKENBURG THIS COMING WEEK-END

Rollling out of Wickenburg we kicked on our A/C figuring it was a good time to check out Libby’s system.  Hadn’t used it since last summer & happy to say everything worked just fine.  With temps over 80 folks are saying it’s above normal for this time of year & I figure we’re just having our Arizona March weather in February that’s all.  We’ll be back down into the 70’s next week & that’s my kind of temperatures:))

THE RED DOT APPEARS TO BE ON THE SURFACE OF THE MOON….BUT MOVING

THESE 3 PHOTOS WERE TAKEN IN A SPAN OF ABOUT 6 SECONDS & ALREADY THE DOT HAS CLEARED THE MOON…..UFO??  NAW, PROBABLY JUST AN AIRCRAFT IN THE WESTERN SKY

Finished my book ‘The Last Enemy’ this afternoon & am already into another book recommended by Rob K in our Shout Box.  Within the first half dozen pages of ‘The Few’ I could tell this was a well written account about the Battle of Britain & the young pilots from both sides who fought each other over England, France, & the English Channel. 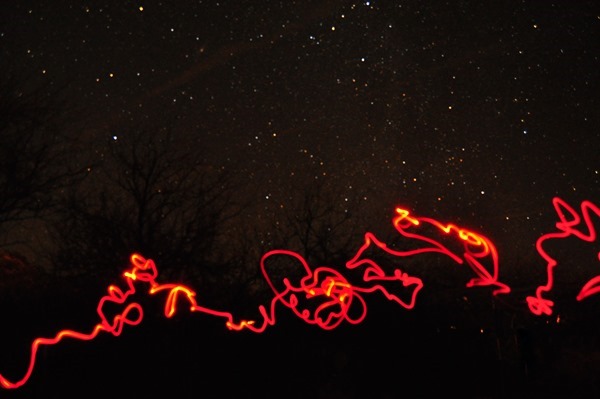 OH-OH YOU DON’T SUPPOSE THAT RED DOT UFO HAS LANDED IN OUR BACK YARD DO YOU?? 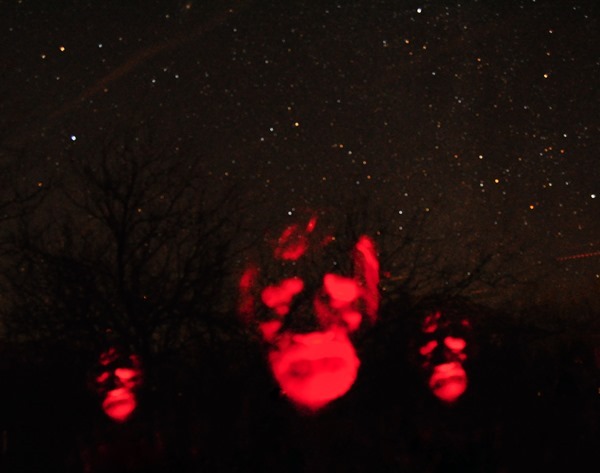 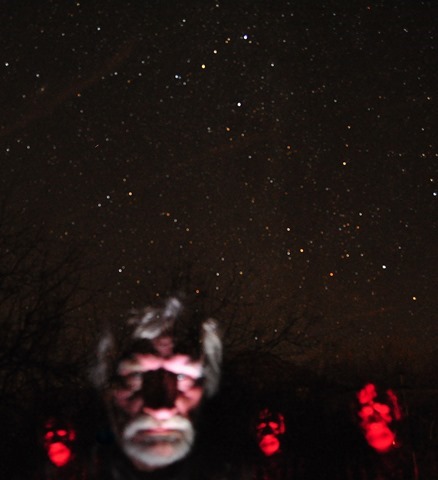 HEY WAIT A MINUTE……THAT ALIEN IS KINDA LOOKING FAMILIAR TO ME!! 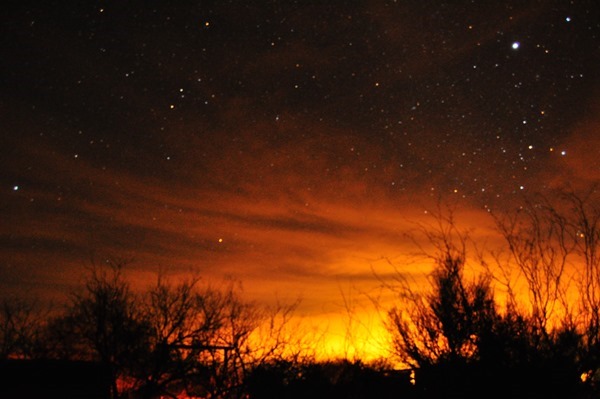 THE BRIGHTEST STAR IN THE TOP RIGHT CORNER IS SIRIUS THE DOG STAR & IT IS THAT LITTLE DOG YOU SEE ON YOUR SIRIUS SATELLITE RADIO……HORIZON GLOW IS LIGHTS FROM WICKENBURG BUT ARE NOT NEARLY THIS BRIGHT TO THE HUMAN EYE….IT’S A CAMERA THING

GROANER’S CORNER:(( An elderly woman and her little grandson, whose face was sprinkled with bright freckles, spent the day at the zoo. Lots of children were waiting in line to get their cheeks painted by a local artist who was decorating them with tiger paws.   "You've got so many freckles, there's no place to paint!" a girl in the line said to the little fella.  Embarrassed, the little boy dropped his head. His Grandmother knelt down next to him. "I love your freckles. When I was a little girl I always wanted freckles," she said, while tracing her finger across the child's cheek. "Freckles are beautiful."  The boy looked up, "Really?" "Of course," said the Grandmother. "Why just name me one thing that's prettier than freckles."  The little boy thought for a moment, peered intensely into his Grandma's face, and softly whispered, "Wrinkles."