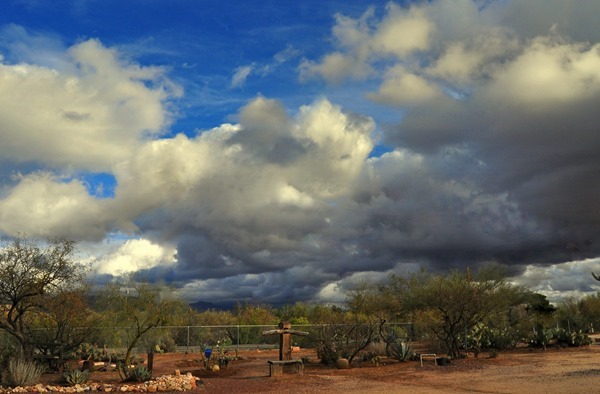 HAD OURSELVES A FAIR FEW NICE BURSTS OF SUNSHINE TODAY

My sleep induced mind was beset with puzzlement throughout the night as I kept waking up to confusing weather sounds.  Could it be high winds again beating on the house or was it torrential rains pounding on our roof.  Or heaven forbid, was it both.  Wasn't until curiosity finally dragged me out of my recliner around 3 a.m. & I looked out a front window that I was able to determine the noisy sleep disruptive culprit.  Rain!!  We have a steel roof on the house & any downpour of rain can set up quite a clatter.  My next worry was leaks but a quick check of several old roof leak spots confirmed all repairs were holding well.  Back to my recliner I scurried hastily crawling under my still warm blanket & soon had sugar plum fairies dancing in my head again. 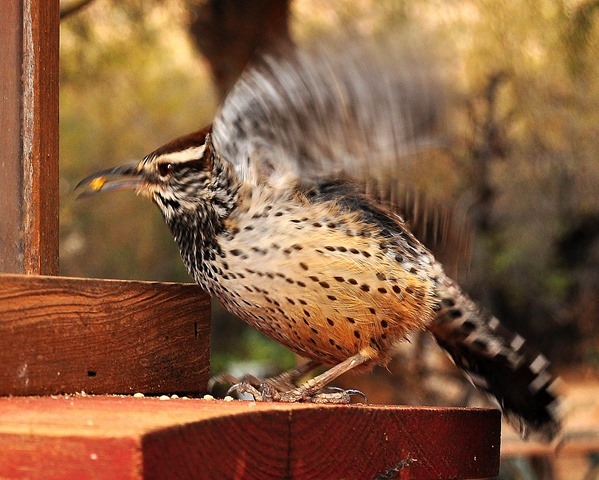 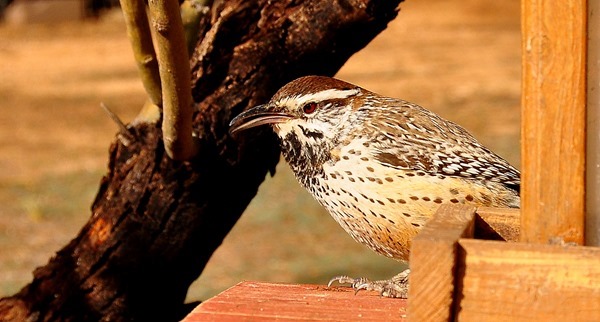 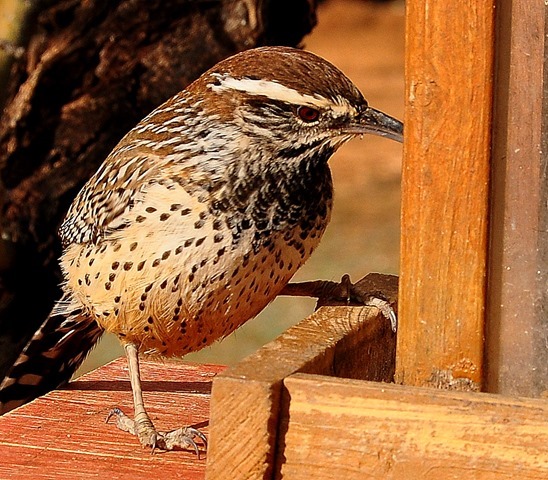 THIS WREN WAS VERY MUCH AT EASE WITH ME STANDING THERE

A couple F-16 fighter jets roared over the house shortly after 9 this morning & they were lower than normal.  With a heavy cloud cover again sitting on surrounding hilltops I was hoping those fighter jocks were keeping a close eye on their instruments because the heavy clouds they were flying in would have visibility down to zero.  Didn't want the tops of our 2 tall Saguaros knocked off. 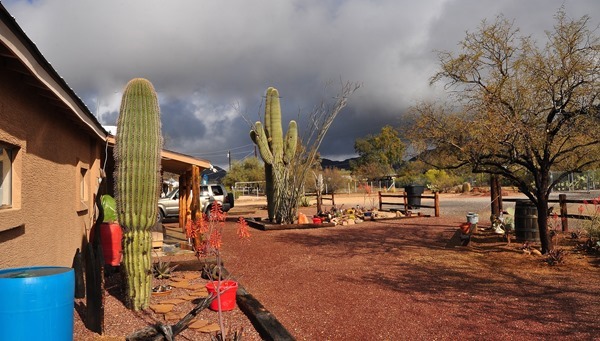 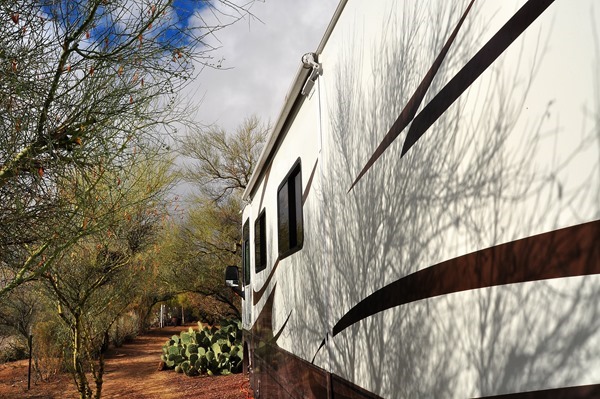 About 10:30 holes began appearing in the heavy cloud cover allowing brief sun splashes to play across the land.  Pheebs & I were out the door in a flash to absorb as much of that sun as we could.  How nice to feel those inner energy cells charging again.  Took a few photos & busied myself with some minor outside chores.  Nice to see how the rains had washed up the Motorhome & Jeep real nice.  Tempting to uncover the porch furniture & set out the patio chairs again but a quick weather check confirmed it was only a brief reprieve between traveling storm fronts.  More rain moving back in overnight accompanied by a temperature drop. 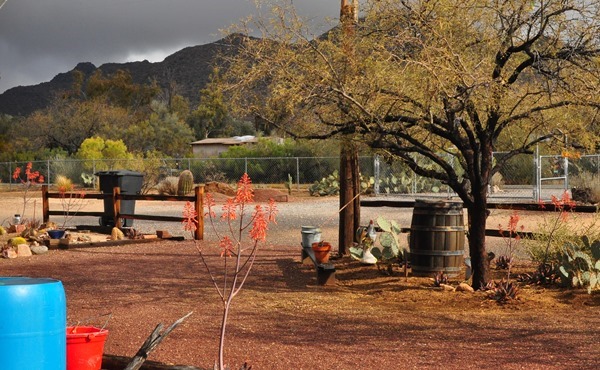 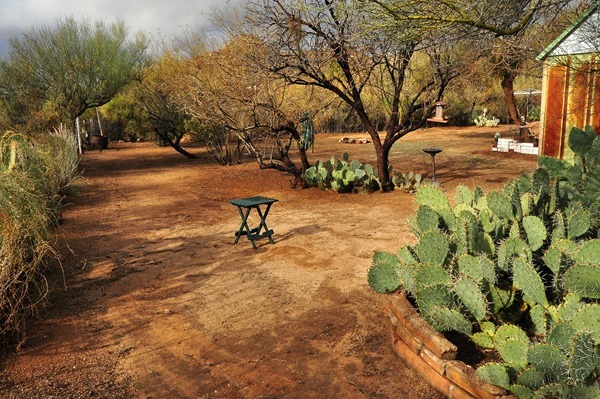 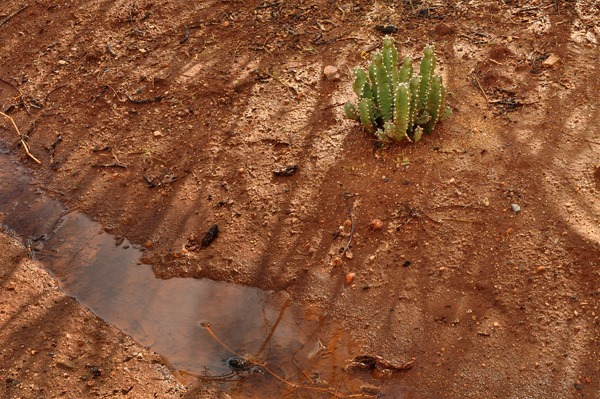 It is always so hard for we animal loving people to lose any of our treasured best Pals.  It's even hard for us when others lose theirs.  Such was the case when I read Steve's post this morning about losing his beloved Basset Hound, Winston.  Painful memories well up inside me as I remember our own 3 sad loses just a few years ago.  Here is Steve's post about not only his first day without Winston but Stella, Sadie & Heidi's first day without Winston as well…..My 1rst Day Without Winston. 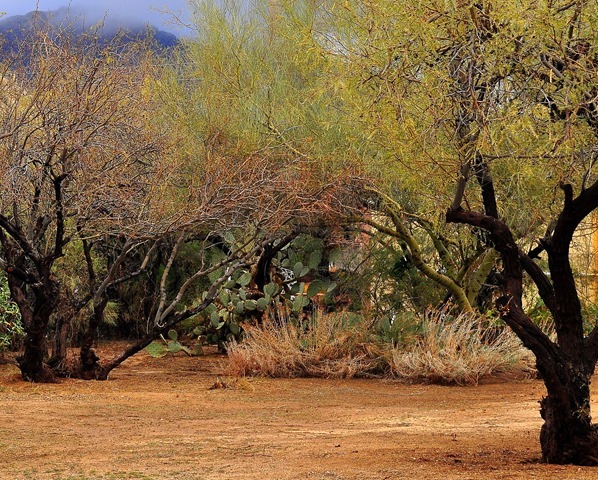 JUST A FEW PHOTOS AROUND OUR YARD TODAY 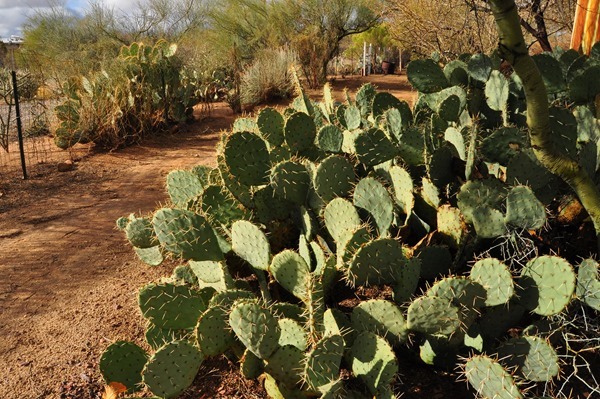 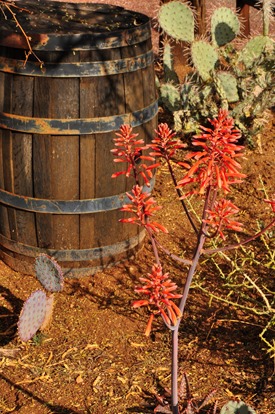 A reader in our Shout Box had a question wondering why we wouldn't just hook up the rig & move off down to Yuma to get away from our inclement weather here in Congress.  I have a couple answers for that question.  First, with these current off-shore El Nino storms sweeping into the South-west right now weather is not predictable anywhere, even Yuma.  If we have to wait out a weather front we would much sooner wait it out in our sticks & bricks than our Motorhome.  We've sat in our Motorhome more than once over the years waiting for rains to stop & skies to clear.  If we don't have to do that again we won't.  Every boon-docker knows about the mud dragged into the rig on rainy days!!  Second, we have company arriving Monday for a week's stay & rushing off this week in search of better weather would have put an unnecessary strain on us to hurry home & get a bunch of last minute things done.  But thanks for the question anyway Guest:))

As far as I know & for as long as I can remember I have never considered myself a perfectionist.  I know people who do & I know people who are but I've always kinda been of mind that if I can get something close enough I consider it good enough.  I guess that's part, & a good part of the reason I never turned out to be a rocket scientist, an airplane pilot, or a neuro-surgeon.  Just think of the bad consequences if I had been.  Sometimes I think we 'close enough' characters just fortunately end up in lesser employments where close enough is good enough & nobody ends up being the worse for ware because of it.  These thoughts came to me a few days ago while watching a small airplane overhead.  Had I pursued a dream of flying I probably would have ended up as one of those statistics that didn't bother to see how much gas was in the plane before taking off,  figured the weather was good enough when it wasn't, failed to notice a broken landing strut, never bothered to file a flight plan, or figured a rough sounding engine was 'close enough' to running well.  Yes indeed I think maybe I may have saved many lives over the years by understanding & accepting the fact I never was or would I ever be......... a perfectionist:)) 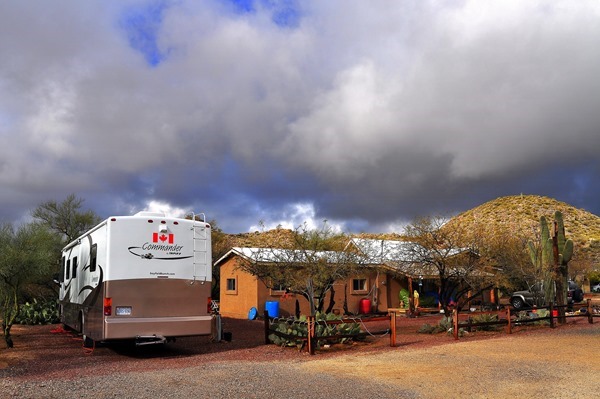 GROANER’S CORNER:(( A man jumps out of an airplane with a parachute on his back. As he's falling, he realizes his chute is broken. He doesn't know anything about parachutes, but as the earth rapidly approaches, he realizes his options are limited; he takes off the parachute and tries to fix it himself on the way down. The wind is ripping past his face, he's dropping like a rock, and at 5000 feet, another man goes shooting up past him. In desperation, the man with the chute looks up and yells, "Hey do you know anything about parachutes?!"  The guy flying up looks down and yells, "No, do you know anything about gas stoves?!"