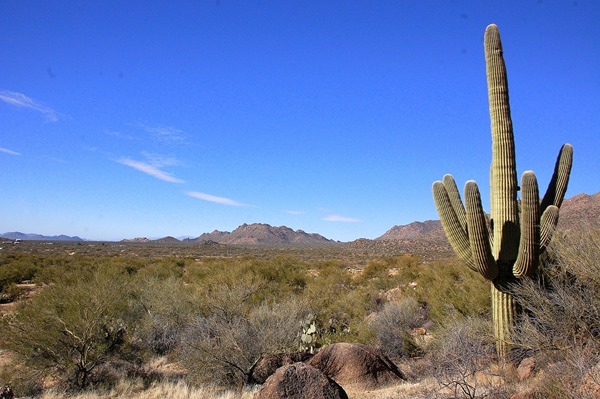 I was late with my Saturday night post due to happily spending four hours watching CNN’s documentary ‘History Of The Eagles’.  We both so enjoyed this well documented history of a soft rock band that has always been a favorite of others.  With the recent passing of Glen Frey one of the groups co-founders the documentary took on a sadder feel which in turn gave it an ethereal depth. 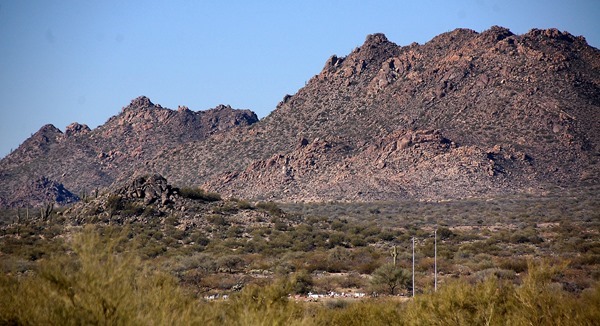 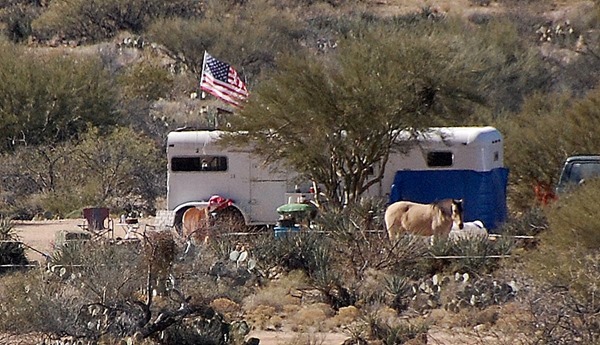 Our day started off sunny & bright but with rain predicted later in the day I began moving a few things indoors.  Lawn chairs, outdoor rugs & table coverings, porch furniture, gardening tools etc.  Better to have that stuff taken care of ahead of time instead of racing around upside down as the first of many raindrops begin hurtling their way earthward.

Each year about this time the Escapee RV Club over at North Ranch puts on a week-end ‘Boot Camp’ geared towards introducing new RV folks to the RV lifestyle.  Focus for the new RV’ers is safety.  Sandy & Randy from the San Francisco area in California attended those classes & seminars which finished up today then dropped in to see us before heading on back to California this afternoon.  Nice folks & they hope to have themselves a Class A Motorhome & be on the road in early 2017.  Thanks for the goodies folks:)) 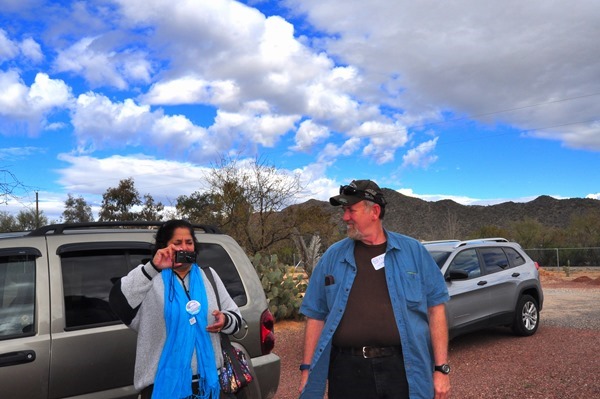 Despite a cool wind blowing up from the South I took Pheebs for a drive down to the end of Ghost Town Road near the old Pioneer Cemetery this morning.  From there we took ourselves for a walk. 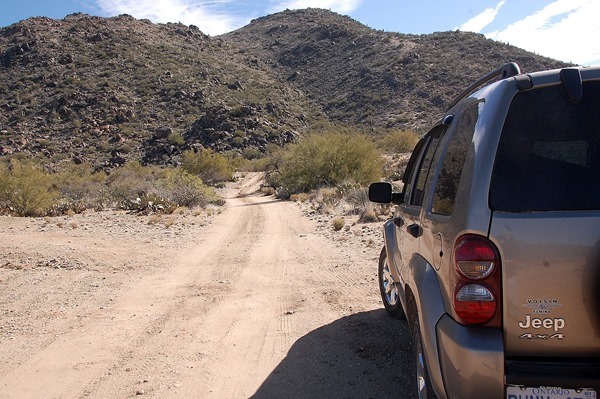 We walked through the original old townsite of Congress & I always find it interesting trying to imagine what the old mining town was like over a hundred years ago.  Nature has reclaimed the land & there’s not much to see except for a couple old cemeteries & a few shards of broken pottery scattered about on the dry desert floor 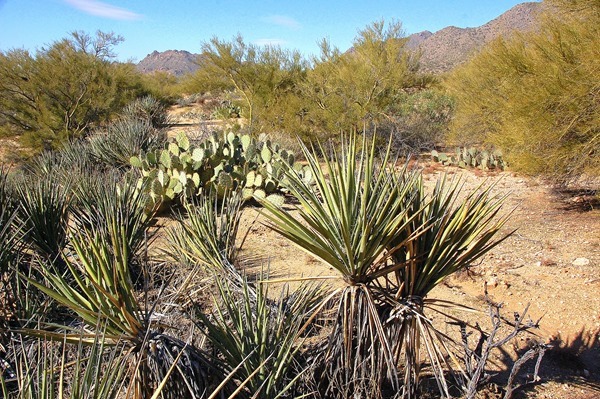 A BUSTLING TOWN ONCE STOOD HERE WHERE CACTUS NOW GROW

Clambered around some big boulders finally finding me a nice sit down rock with a view to the southwest stretching for miles across the Sonoran desert to near & far distant hills & mountains. 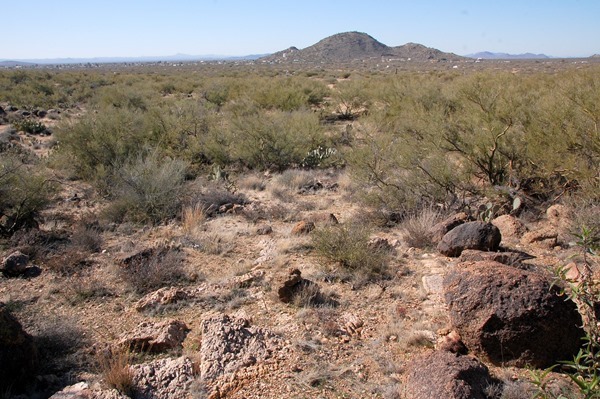 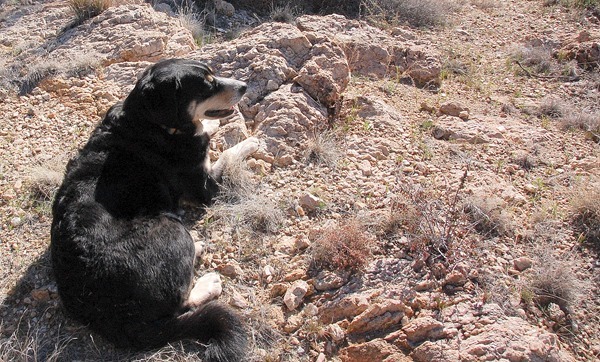 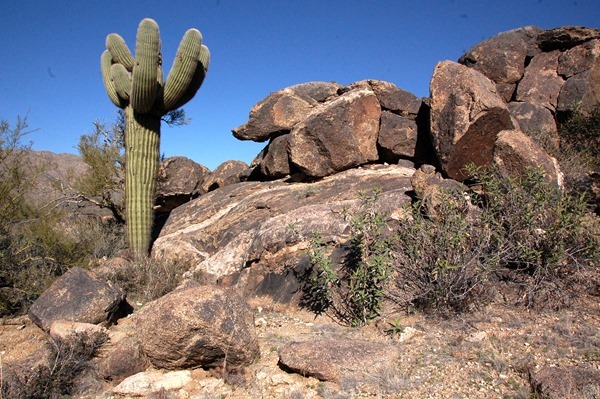 Only sounds around me were the southerly winds playing through the bare Palo Verde branches & a tall Saguaro standing nearby.  No man made noise anywhere.  Just a gentle desert wind & I thought to myself how nice it was with only Mother Nature orchestrating her own symphony.  Pheebs stretched out in the warming sunshine beside me & I let my thoughts wander out over the scenic landscape laid out before my eyes.  Again came the feelings of gratitude to all those who have made these past 10 years so memorable for us.  To the people who first made it possible for us to catch our dream & to all the people since who have enabled us to continue our dream…….A big Thank-you from The Bayfield Bunch:)) 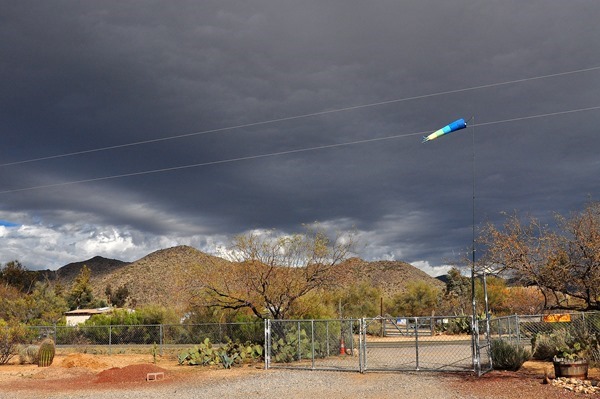 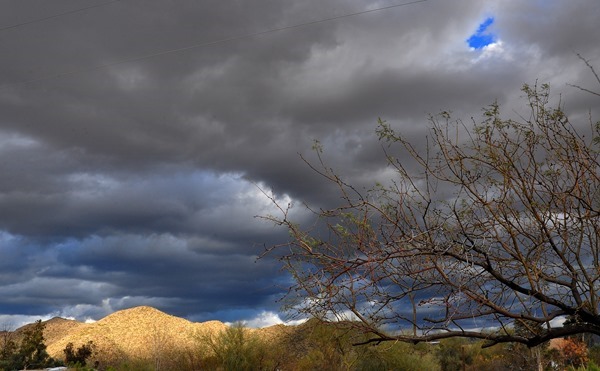 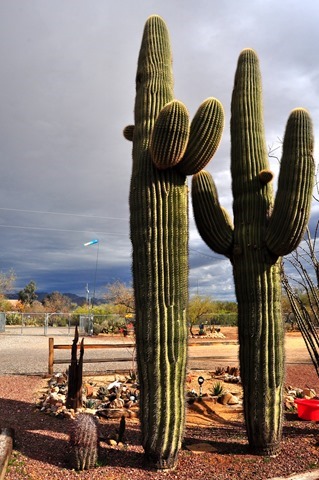 GROANER’S CORNER:((  Eighty year old John went for his annual checkup. The doctor asked him if he was still getting up in the middle of the night and going to the bathroom.  He replied, "Yes but the lord has made it much better for me now, he turns on the light when I go & he turns off the light when I am done".  The doctor replied, "Really"!!!  About and hour after that the doctor called Johns wife and said: He looks fine. But he said that God is making it better for him & that when he gets up and goes to the bathroom during the night God turns on and off the light.
She replied, "that damn old fool’s been peeing in the refrigerator again"!!!!.