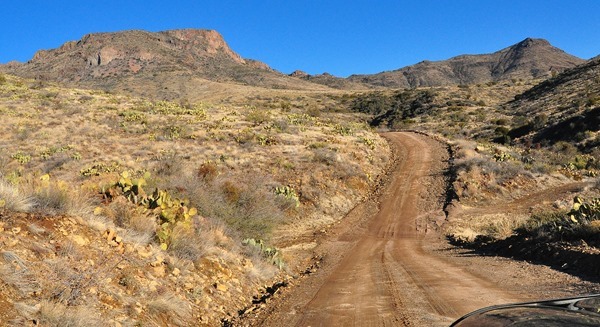 Yes it’s true I did move this morning.  Didn’t pack up all my things but I did take about a quarter of my stuff & headed out the door.  I’ll be living by myself now.  Well not quite all by myself because I have Pheebs with me.  Ok so what’s up??  Well for the past 3 January’s about this time I have moved out of the house to our Motorhome.  I’ll only be in it for about a week while our company is here.  Peter & Leslie will be using my bedroom while Pheebs & I will be hanging out in the Motorhome:))

FORDING A SMALL CREEK WITH HALF AN INCH OF WATER IN IT:))

We hit the decks a runnin this morning with lots of last minute things to do.  Started my morning off with a load of laundry which Sunday’s cold drizzly day had thwarted.  Yes we have an inside dryer but I prefer to hang things out if at all possible.  Had all my stuff to move out to the rig plus I wanted to get over & up the other side of Stanton to see if there was any snow left on the mountains up that way.  There wasn’t:((

STOPPING FOR A LEG STRETCH ALONG THE WAY 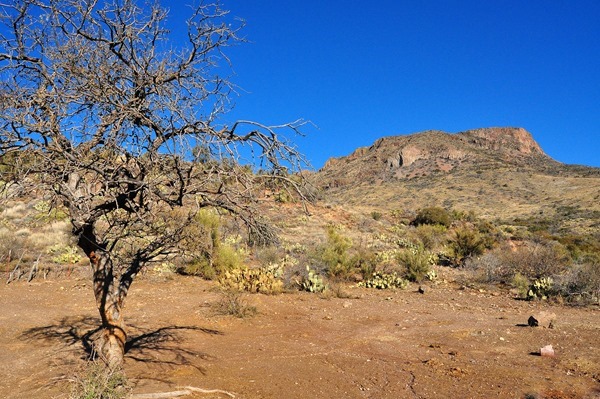 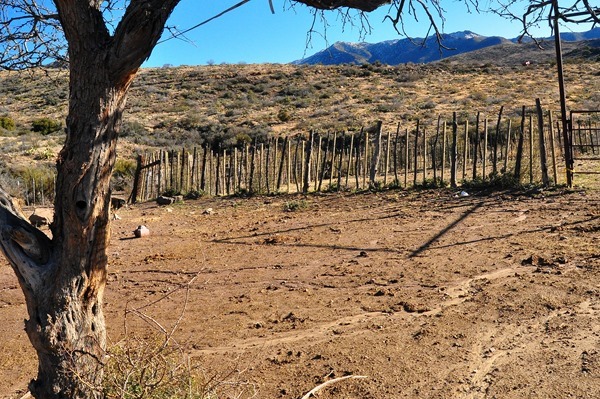 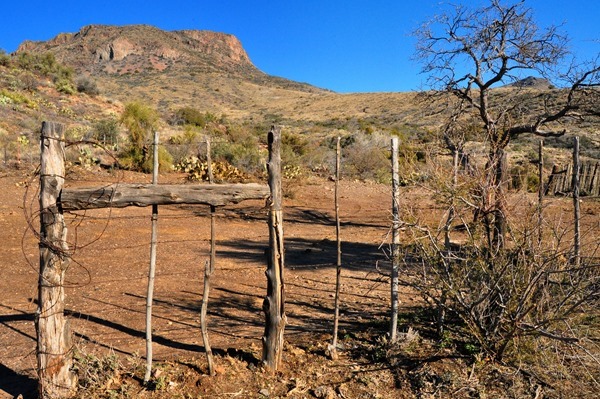 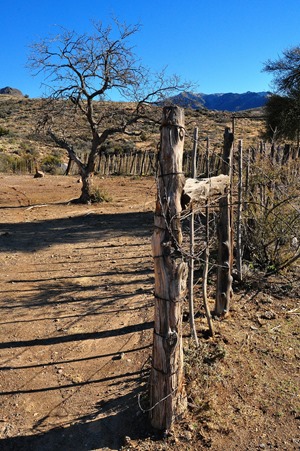 Under a big bright sunny sky (but cold air) Pheebs & I were in the Jeep & on our way about 9:20.  Only took us about 20 minutes to get up around Stanton but as we drew closer I could see there was very little snow left up on the mountain tops compared with what I saw Saturday morning.  Thought of turning around & going back home but what the heck we had come that far so figured we just might as well enjoy ourselves a nice Monday morning drive up Stage Coach Road to Yarnell.

ROAD WAS A BIT ROUGHER THAN USUAL BUT NO PROBLEM 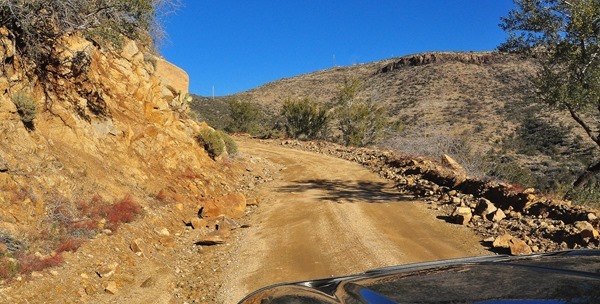 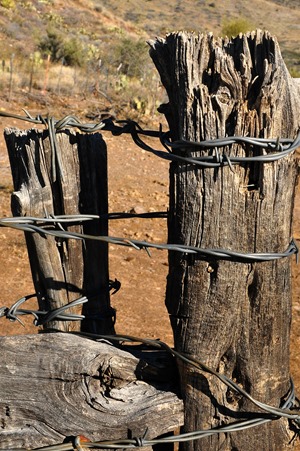 Always a nice drive between Stanton & Yarnell & with recent rains we had some mud puddles to go through.  The top end of that old road closer to Yarnell is always a bit on the rough side & we noticed it was even a tad rougher this morning.  Water run-off had rutted the road a bit & there were small rocks washed down in spots.  Nothing big enough for us to stop & move out of the way though.  Reached the top with no problems encountered.  A nice drive back down the Yarnell Hill & how nice for a change not to have some speedball Le Mans maniac on our tail trying to see how fast they could take all the mountain curves coming down.  We were home within an hour of having left less than an hour before.

By the time we got home Libby was in need of a spiffing up so I busied myself with that for awhile as well as getting things set up in the rig. Laundry was dry so took that down, caught an episode of ‘Corner Gas’ at 2 & managed an early start on tonight’s post. 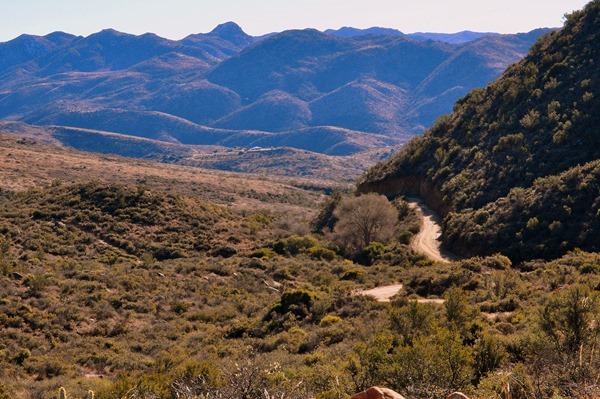 THE VALLEY FROM WHENCE WE HAD COME

My moving out to the rig for a week is always a nice change of pace for me & I always look forward to it.  It’s a chance to spend some nice quiet time by myself.  My music, my volume, my TV, my radio, my sanctuary, my space, my ideas, my schedule & my own temporary little slice of part time independence as fleeting as it may be.  Groovy:)) 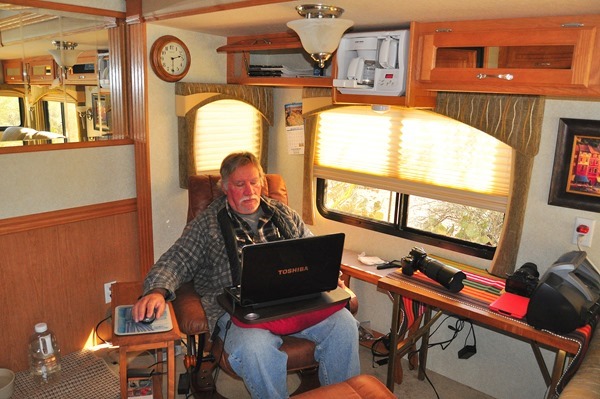 Peter & Leslie rolled in from the Phoenix airport about 4:15.  Their flight from Buffalo had not started off well.  Rolling out of the terminal the Southwest jet had to turn around & come back because of an engine problem.  The Captain said they were going to have a mechanic look at the engine which he did then had to install a part.  From there they were good to go again so away they went. 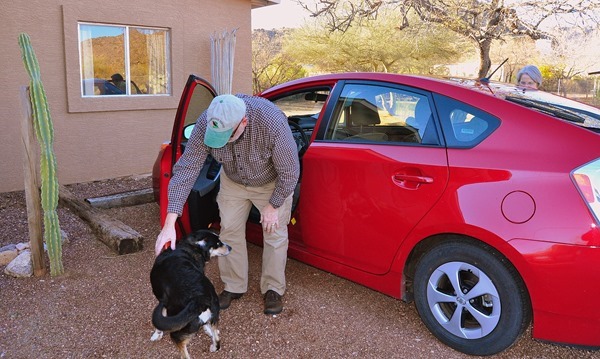 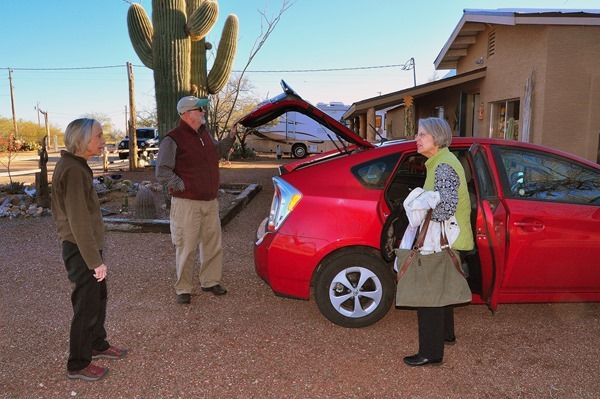 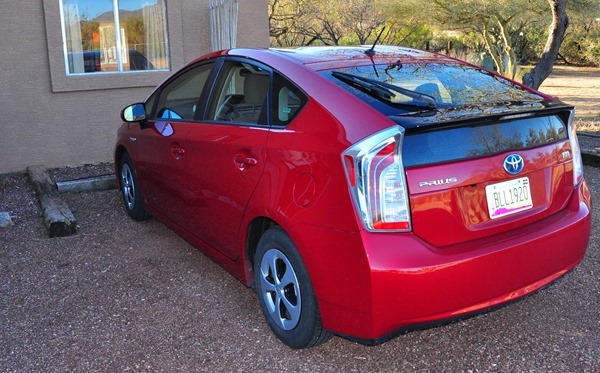 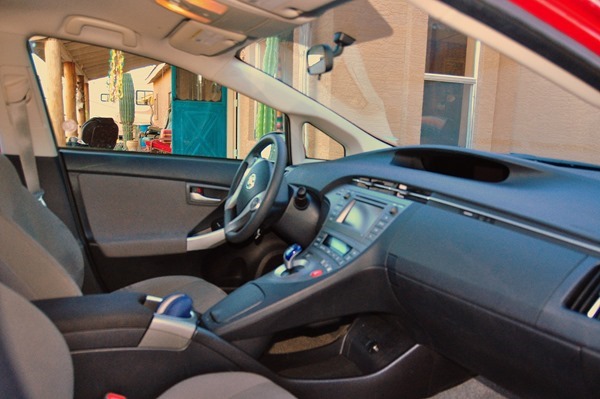 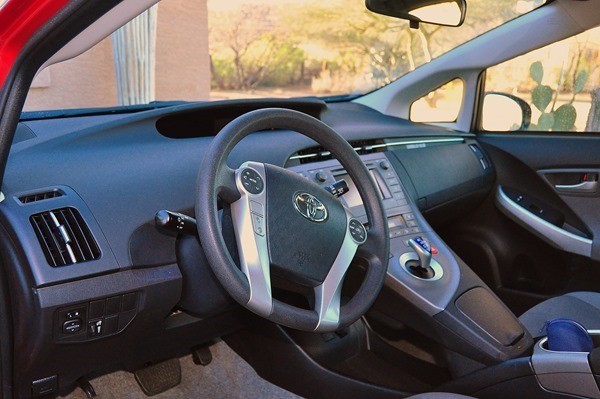 No real hard & fast plans for the coming week so guess we will all just play each day as it comes.  I have a feeling we might make it out to the Wickenburg Massacre site one day though.  We’ll just get up each morning & see what each day brings:))

GROANER’S CORNER:(( The aspiring psychiatrists were attending their first class on emotional extremes. "Just to establish some parameters," said the professor to the student from Arkansas, "What is the opposite of joy?"
"Sadness," said the student. And the opposite of depression?" he asked of the young lady from Oklahoma. "Elation," said she. "And you sir," he said to the young man from Texas, "how about the opposite of woe?" The Texan replied, "Sir, I believe that would be giddy-up."