AN ENDLESS PARADE OF TETHERED GRAY

A band of grayish white clouds gracefully dragged themselves along the ground & across nearby hilltops like so many gigantic hot air balloons tethered together in an endless parade.  Earlier an enveloping light mist had left everything it touched wet with drizzle.  It was January 5th & it was the start of our day which would remain unchanged from dawn till dusk as rain showers came & went with a kind of untimed irregularity.

Kelly had a hair appointment in Wickenburg for 10 so Pheebs & I stayed home only venturing out twice to feed our soggy back yard feathered friends……………. 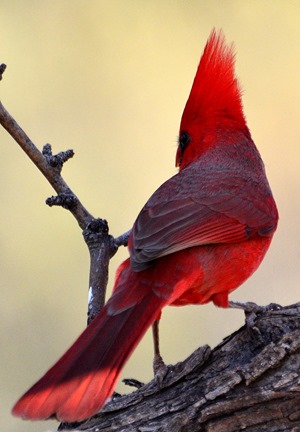 GROANER’S CORNER:((  An out-of-towner drove his car into a ditch in a desolated area. Luckily, a local farmer came to help with his big strong horse named Buddy.  He hitched Buddy up to the car and yelled, "Pull, Nellie, pull!" Buddy didn't move.  Then the farmer hollered, "Pull, Buster, pull!" Buddy didn't respond.  Once more the farmer commanded, "Pull, Coco, pull!" Nothing.  Then the farmer nonchalantly said, "Pull, Buddy, pull!" And the horse easily dragged the car out of the ditch.  The motorist was most appreciative and very curious. He asked the farmer why he called his horse by the wrong name three times.  "Well... Buddy is blind and if he thought he was the only one pulling, he wouldn't even try!"