WITH OVERCAST SKIES & PREDICTIONS OF RAIN THIS WEEK OUR BEAUTIFUL AUTUMN DAYS ARE ALREADY NEARING THEIR END:(( 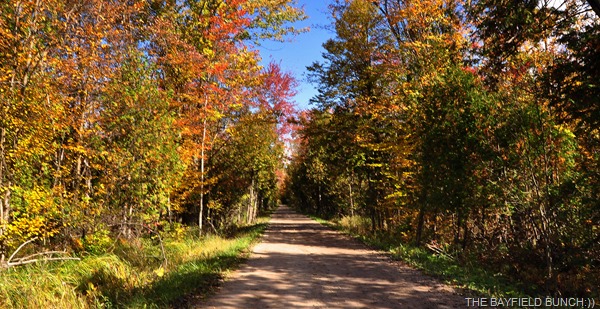 Just another unbelievably beautiful Autumn day here in Southern Ontario & it is these days I consider to be the very best weather days of the entire year.  No bugs & insects in the air, no humidity, no uncomfortable hot & no uncomfortable cold.  For me the countryside is scenically at it's peak.  Autumn creates a magic all it's own & will always be my favorite time of year. 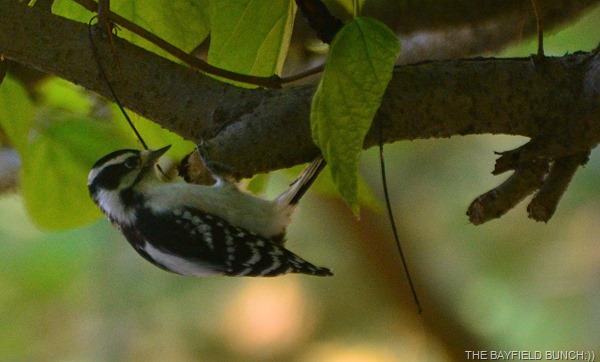 SAW THIS LITTLE WOODPECKER OUTSIDE OUR SUNROOM WINDOW THIS MORNING 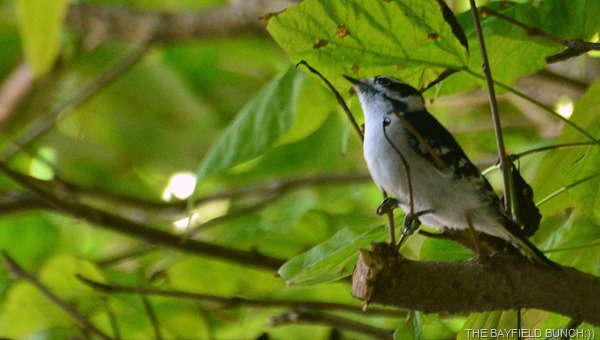 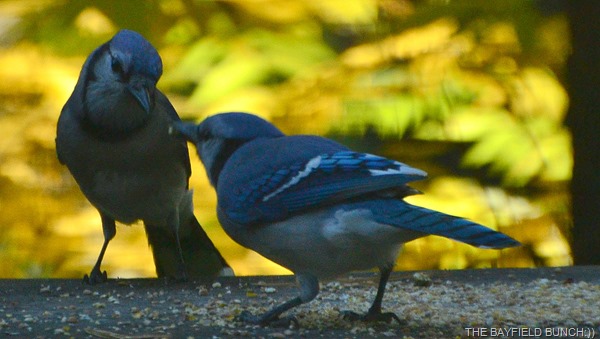 TECHNICALLY THESE BLUE JAY SHOTS ARE NOT THE BEST BUT I ENJOYED THE INTERPLAY BETWEEN THESE TWO AS ONE OFFERED THE OTHER SEEDS….I HAVE ALSO OBSERVED THIS WARM TYPE OF BEHAVIOUR BETWEEN A CARDINAL COUPLE WE HAVE HERE AS WELL 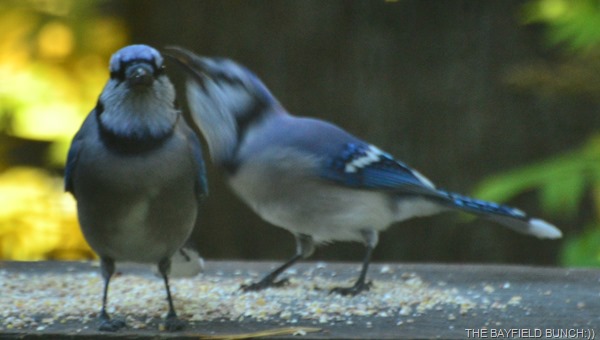 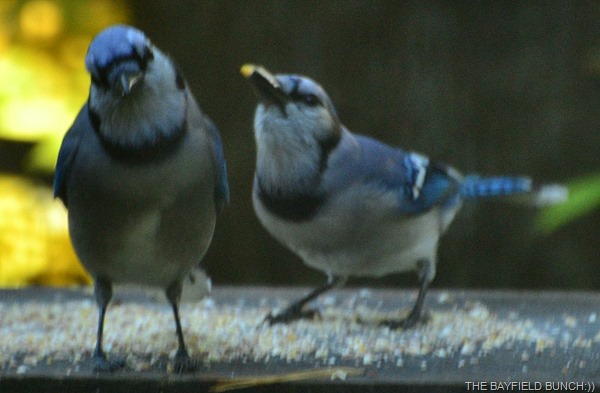 Kelly & I busied ourselves  gathering up & putting into storage the last of our lawn ornaments.  Pheebs & I took half a utility trailer load of yard waste to our recycling area.  Cut our grass for the last time this year & we put the cover on our outside air conditioning unit. Raked up some pine needles but they were falling faster than I could rake them so gave up on that.  Get em in the Spring.  Especially wanted to finish up the last of these outside things today because according to the weather people our wonderful Autumn days are about to come to an end & the long range forecast is calling for a week & a half of overcast skies with rain forecast for a number of those days.  Not so good for Pheebs & I & our country road tours.

DECIDED TO ADD ALL OF SUNDAY’S BARN PHOTOS TO MY EXISTING ‘OLD BARS’ ALBUM & I WILL DO THAT TUESDAY SO DAVE & SYLVIA WHEELER ON WOODHAM ROAD KEEP AN EYE OUT FOR THAT BECAUSE I JUST MAY HAVE SNAPPED A PICTURE OF YOUR BARN…THANKS FOR YOUR LOVELY EMAIL:))

Tonight's photos are a smattering of pictures I took the past few days while Pheebs & I were out cruising around the countryside.  Just curious things we saw along the way including right here at home.  And thank you to everyone for your kind words regarding my photos.  You guys are the best…………….:)) 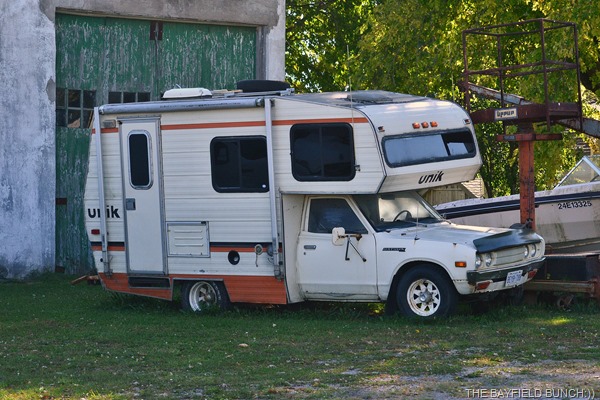 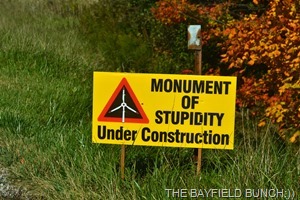 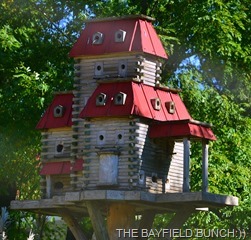 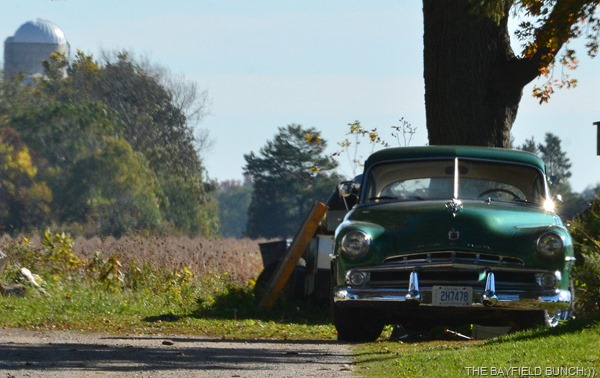 In my Sunday post Linda A commented “It's so very beautiful in your 'neck of the woods', I don't know how you could find November depressing”…….. Yes it is very beautiful right now but as winter approaches & temperatures begin to drop all those gorgeous Autumn leaves will begin to fall.  Gusting North winds & cold biting rain will strip them bare & soon all trees & shrubs will be devoid of their leaves.  Dark branches like gnarled fingers will fustily reach for the sullen sky.  Flowers will die & dark overcast skies will cast a gray pall over the land.  It is not a time of much sunshine.  These are the days of late October & the month of November in our part of the country & it is definitely depressing for many of us.  How nice when the snow finally comes to cover all that gray with a coating of white.  Days are sunnier in December & with the month end festivities ahead November moods are soon left behind…………………….. 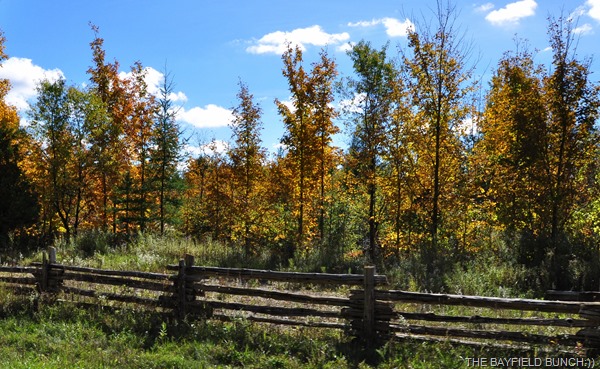 GROANER'S CORNER:((  A woman was talking to her friends about her husband who had passed away.  When her husband was on his death bed, and he told her that he had three envelopes in his desk drawer that would "take care" of all of the arrangements. Well, he died shortly thereafter, so the wife opened the drawer and there were 3 envelopes just like he said. On the first envelope it said "for the casket". There was $5,000.00 in the envelope, so she bought him a very nice casket.  The second envelope said "for the expenses" and had $4,000.00 in it so she paid all the bills from the funeral.  The third envelope said "for the stone" and had $3,000.00 in it. She then held her hand out to her friends and said, "Isn't it beautiful!!!"