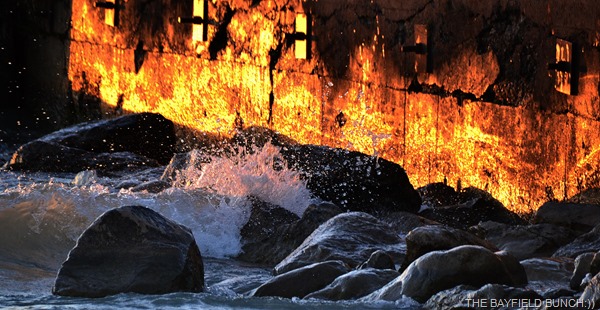 Just a bunch of puttering this morning & not a whole lot to write about again.  We took the Big EEE into the BAYFIELD GARAGE first thing for it's pre-trip inspection & oil change.  Coolant check, tires, belts, transmission fluid, air filter, etc. etc.  Pheebs & I also took a utility trailer load of yard waste to our Park's recycle area while Kelly headed off to Goderich on a bunch of errands.  I installed 4 window rain visors on our Jeep Liberty as well.  After a short Siesta early this afternoon I figured I’d add some water to the rig’s fresh water tank so it was on with my hat, shoes, coat & out the door I went.  I was about half way to the rig when I glanced up & the Motorhome was gone.  What!!!!  It’s at the Bayfield Garage dummy……………………….. 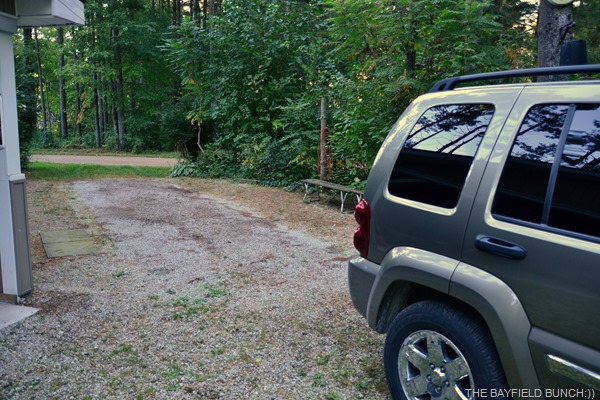 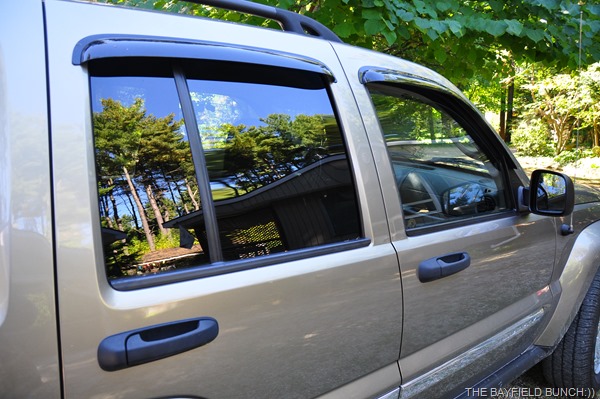 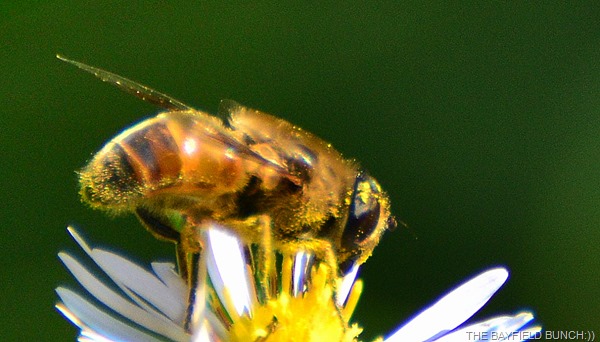 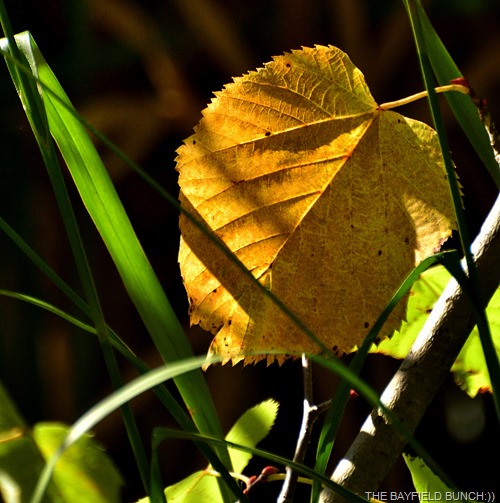 Nice sunny day but our Autumn temps have dropped into the mid to upper 50’s with brisk winds making for cool days.  After posting Wednesday night's post Pheebs & I headed on down to the Bayfield harbor & beach area to take a few sunset photos.  With the sun setting earlier each evening we can do that & still be home early.  A drive later along Bayfield’s quaint & quiet Heritage Main street is always an extra pleasure in off-season.  Sure is a nice area we live in & I am reminded of that every time I step out the door.  We were so fortunate 13 years ago to have found a nice affordable place in an area I had always loved & had been coming to off & on for many decades. 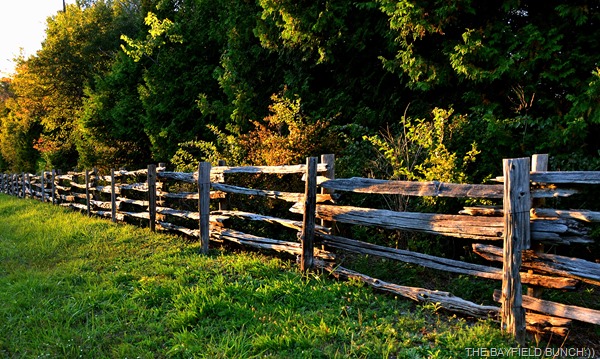 A year ago today we were making our way westward over top Lake Superior fighting wind, rain, & fog along the way.  A few days later we were into snow & ice & our rig’s furnace began acting up.  Then we accidentally overfilled our fresh water tank in Wawa & thought we had damaged it.  Little did we know our troubles were just beginning…………:(( 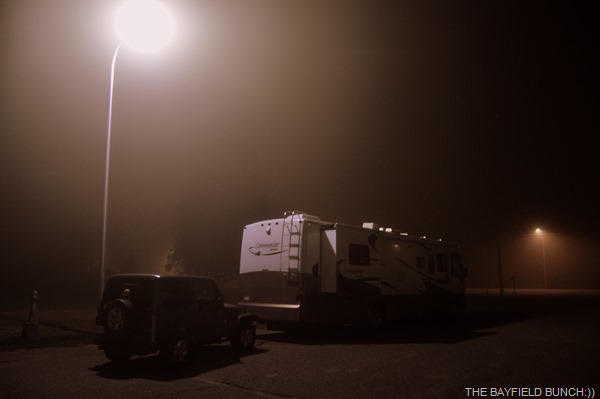 Picked up our Motorhome late this afternoon & everything checked out well including our 02 Sensors.  And finally we have an explanation for our rig running rough in some of the higher mountain altitudes.  Red, a well respected & knowledgeable mechanic at the Bayfield Garage explained to me how the computer’s high altitude sensor works, about the gas mixture running lean etc.  I can’t re-explain what he all told me but it made sense, even about re-flashing the rig’s computer which he didn’t recommend because of the expense & the fact we won’t be driving in the mountains all the time.  He said when the engine cuts out like it did in the mountains a few times this past winter to just pull over & shut the engine off.  Wait about 30 seconds for the computer to re-set itself then carry on.  And that is exactly what happened to us 3 times & the restart did work every time with the rig running fine again.  He said we will get a ‘red engine light code’ but not to worry about that.  As long as it is not flashing.  Don the owner suggested a higher octane gas in the mountains as well.  We are relieved to finally have a logical answer to the problem with the rig.  We sure were stressed out about that last winter.  Aside from that computer glitch the rig normally has & still does run like a fine tuned clock.  We will upgrade our gas before reaching the mountains & if we determine it’s a particularly steep high altitude grade ahead we will also un-hook the Jeep & drive it through the difficult area separately.

Not only a cold rainy week-end predicted but we have company coming as well so guess Pheebs & I had better get out first thing in the morning & get ourselves well stocked up on a Jeep load of sunshine & fresh country air.  Besides, gotta check out those Jeep window visors to make sure they don’t blow off at speeds of over 5 mph.  Remember, I’m the guy who installed them so it could happen, right………………….10-4:))

AND A SHOUT-OUT TO JIM & BEV WAY OUT THERE IN THAT IDAHO PLACE…..HOPE YOUS GUYS IS DOING FINE:))

GROANER’S CORNER:(( Safety is a major concern at the manufacturing company where I work. So I'm constantly preaching caution to the workers I supervise.
"Does anyone know," I asked a few guys, "what the speed limit is in our parking lot?"
The long silence that followed was interrupted when one of them piped up. "That depends. Do you mean coming to work or leaving?"