READ A BIT LOOK A BIT 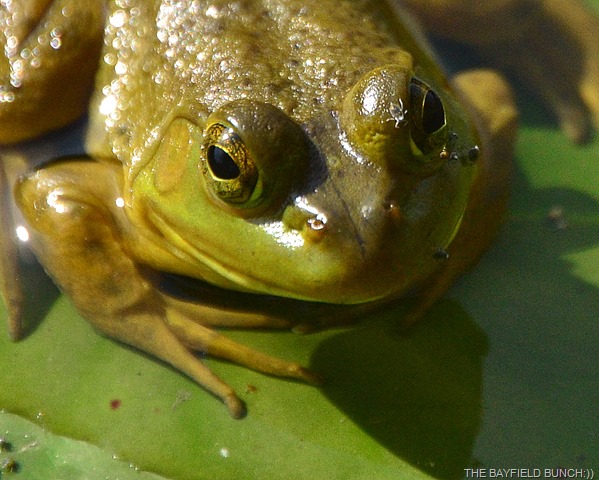 Almost without any gas guzzling thoughts this morning I loaded the furry little Giggle Buns into the Jeep & away we went.  Regardless of being on some of the same roads for the umpteenth time again it was just good to be out in the fresh country air.  Headed over to the Hullett-Marsh but there were so many duck hunter vehicles milling about the only thing Pheebs I would have got out of a walk there was a possible load of buckshot in the rear.  I am sure glad I do not have any interest whatsoever in any kind of hunting stuff unless it's with a camera & to the powers that be I say, thank-you, thank-you, thank-you for those good ‘no hunting’ genes I am fortunate enough to possess!!

THIS GOLDEN FIELD OF CORN WILL SOON BE HARVESTED 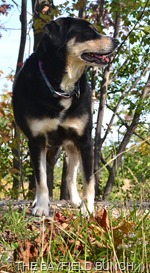 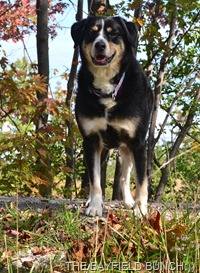 We skirted the Marsh, cleared the area & leisurely headed off on a slow-poke gravel run.  Bean fields are being harvested at the moment so there's various large pieces of rather large farm machinery plying the back roads & one has to be vigilant.  Don't want a big monstrous combine scooping us up & spitting us out.  Still not a lot of Fall colors in the trees yet compared to last year at this time. 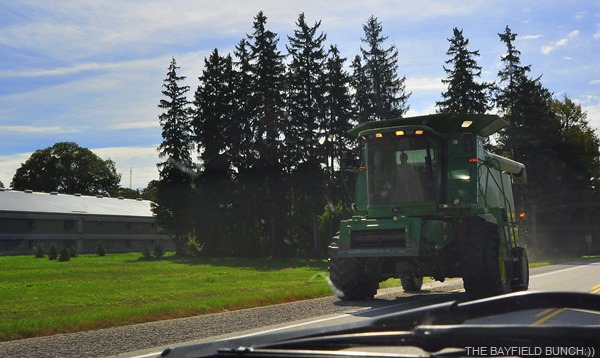 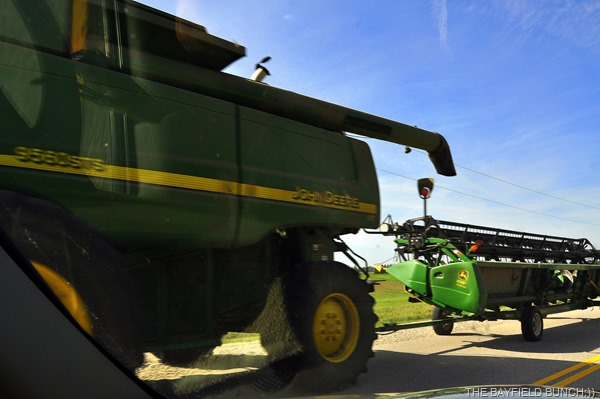 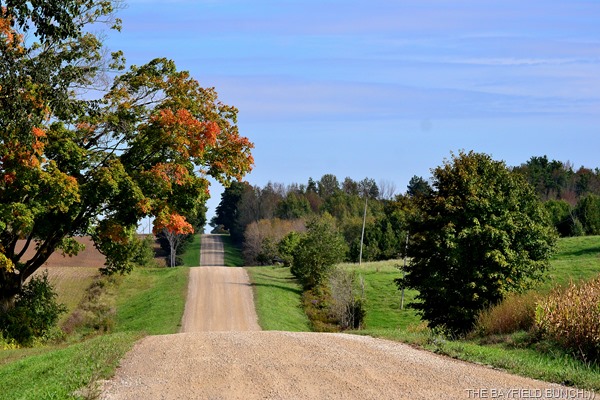 Turned out to be kind of a lazy low energy afternoon with my mind feeling about as relaxed as our gorgeous Autumn day.  Calm with nothing moving.

SEE THE GUY LEANING OUT OF THE ORANGE TRACTOR…..I THINK HE’S HOLLERING AT THE FELLOW IN THE GREEN COMBINE SAYING, “COME ON BILL STEP ON IT WE GOTTA GET THIS FIELD DONE BY SUNDOWN EH” LOTSA BIG TIRES OUT HERE IN THE FARMING COMMUNITY

NICE TO SEE A SLIGHT SPLASH OF AUTUMN GOLD

As much as I am not a 'foody' person it sure is great to be eating good meals again now that Kelly is home.  I sometimes think I could live quite well on peanut butter & honey sandwiches, Cheerios, & toast but after some of the fine meals Kelly has cooked up this past week since returning from Spencerport NY I may have to re-arrange my foody thoughts & priorities. 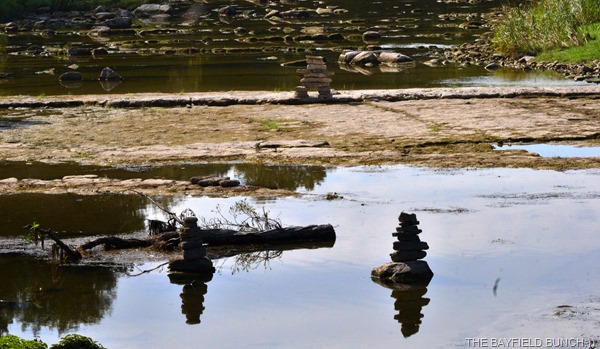 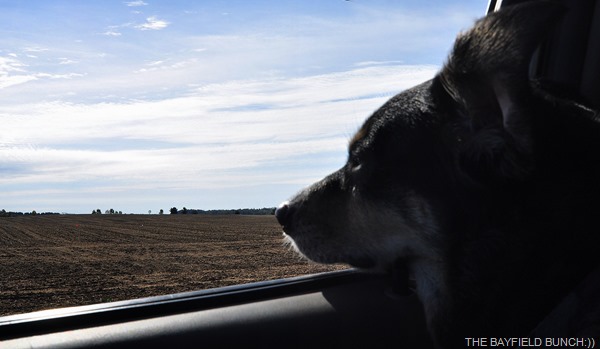 WITH EARS JUST A FLAPPIN IN THE WIND

Took our wheelbarrow around the yard & began gathering up a few yard ornaments today.  Not as many out this year as we usually have so it wasn't a task requiring a lot of my time.  Knowing at this time of year weather can be unpredictable I like to have some of these yard things done while day’s are warm & sunny. 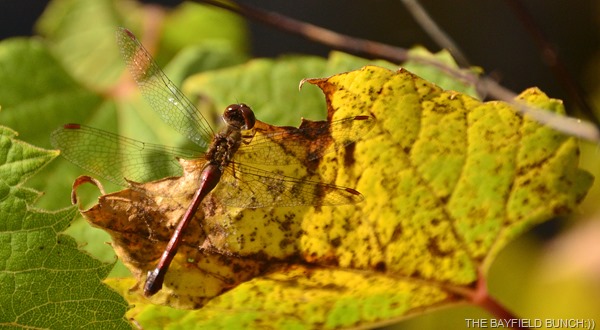 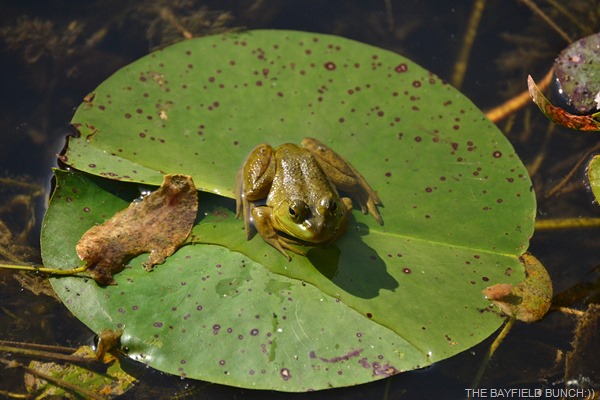 Been walking the pine forest trail every morning again getting my legs back in shape.  How fortunate we are here at our 5 Seasons Park to have such a great forested walking area which actually goes for miles & miles.  Although we've never done it we could walk right into Bayfield along the Bayfield River if we ever took it upon ourselves to do that sometime.  And Pheebs & I had ourselves another walk this afternoon:)) 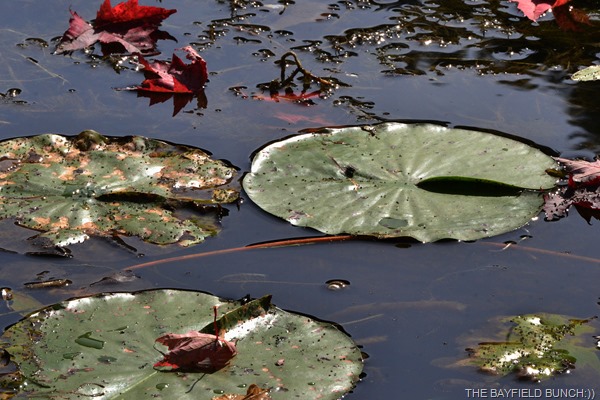 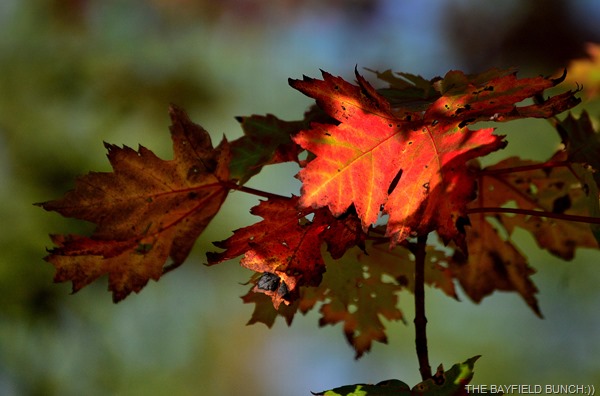 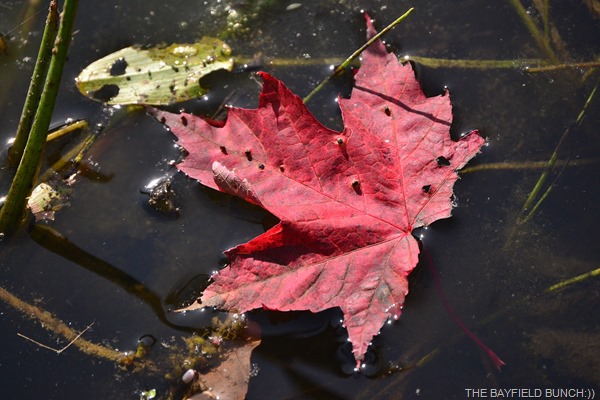 Did you know I sometimes write extra paragraphs just to fit my many photos in.  Yep it's true.  I've never liked stacking my photos up in a long line so I often sit at my keyboard trying to think up little blurbs to put in between the pictures.  I find if I see a bunch of photos one right after the other I have a tendency to kind of fast forward through them.  But that's just me.  My style is to 'read a bit, look a bit, read a bit, look a bit.  Can you tell I did that with tonight's post.  Here's a clue.......short paragraphs:)) 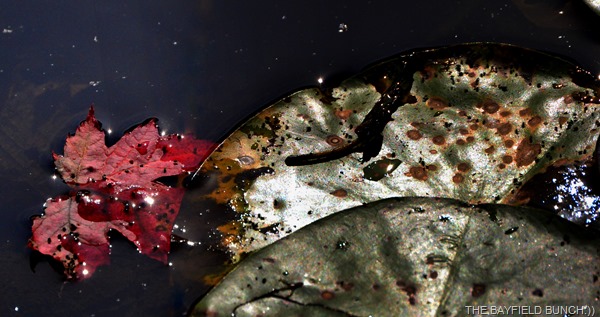 GROANER’S CORNER:(( Senators William B. Spong of Virginia and Hiram Fong of Hawaii sponsored a bill recommending the mass ringing of church bells to welcome the arrival in Hong Kong of the U.S. Table Tennis Team after its tour of China.  The bill failed to pass, cheating the Senate out of passing the Spong-Fong Hong Kong Ping Pong Ding Dong Bell Bill.