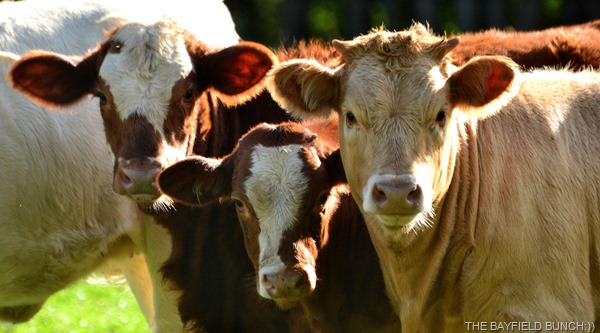 First time early today the 3 of us have walked the morning trail together since sometime way back in June.  I had some leg problems at the time so decided to give up my morning walks for awhile.  Kelly & Pheebs have been walking around the roads in our park ever since plus the road running past our Park mainly to escape summer's flying insects in the forest.  No more bugs & humidity in the woods now & my legs are doing much better so it was like old times walking & talking on our morning pine tree trail again:)) 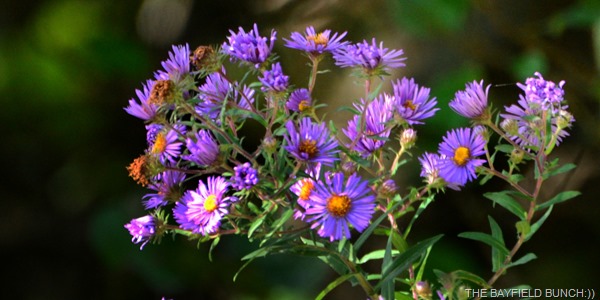 Clear sunny skies so Pheebs I took a little Jeep tour around some roads South-east of Bayfield.  I like those quiet Sunday morning drives through the countryside.  Always so relaxing & peaceful poking along with our windows down enjoying our areas fresh morning breezes & nice tunes on our Sirius Satellite radio.  Stopped to let Pheebs have a chat with a few of her cow Pals & I managed to find a few more barns for my old barns album.  I’ll try & remember to upload those barn photos tomorrow. 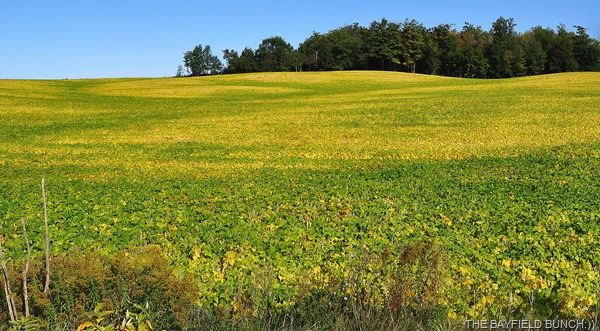 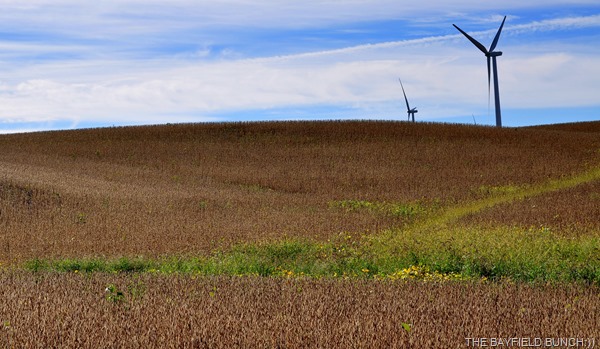 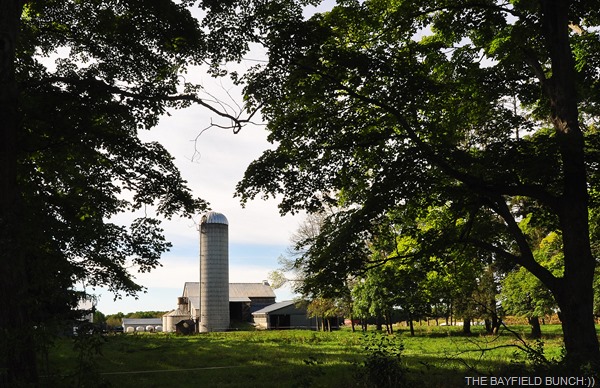 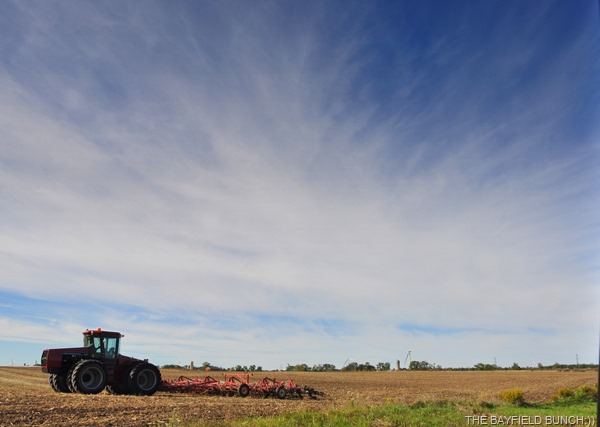 First bit of business after returning home was to figure out how to put the new 'LE BRA' protective cover on the front of our Jeep Liberty.  Had myself totally frazzled in less than 10 minutes so had to call for Kelly’s help on the job.  Although it took us nearly 40 minutes of tugging & pulling we managed with Kelly's patience & smarts along with my swearing & complaining to finally get it installed.  I couldn't have done it without her.  In fact i think she did most of it, well all the hard parts anyway.  I have a maximum 30 second attention & patience span with which to get things done & any time after that is just prolonged frustration for me.  Anyway glad it's done & it's just one more thing off our departure list. 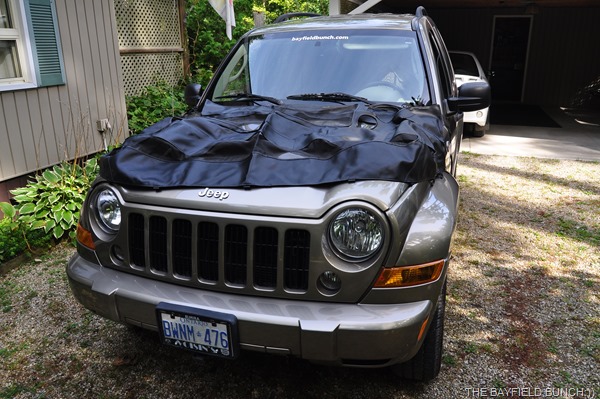 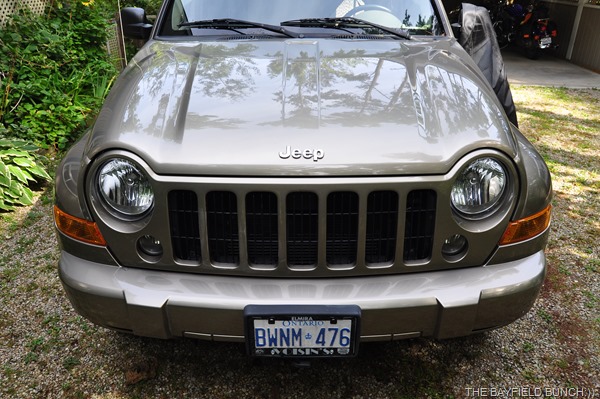 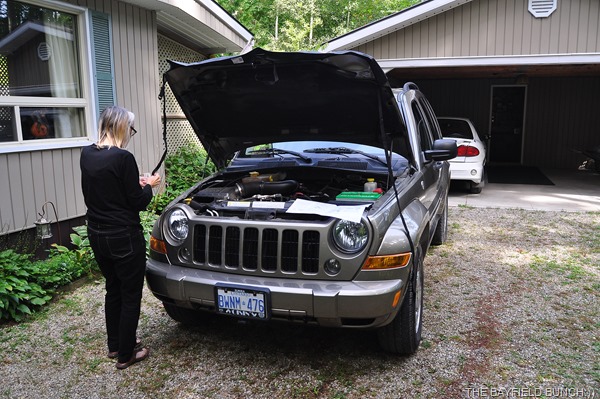 HAD TO CALL IN OUR HEAD MECHANIC TO FIGURE THINGS OUT 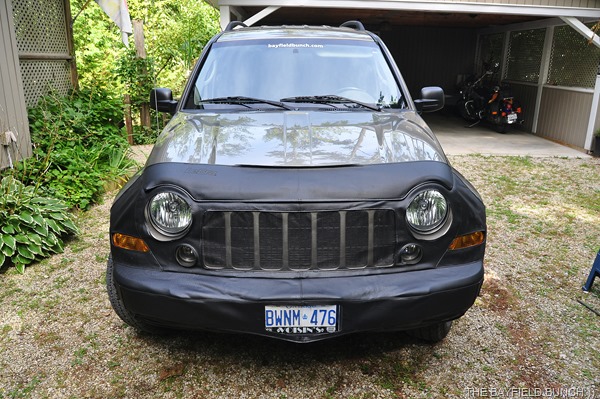 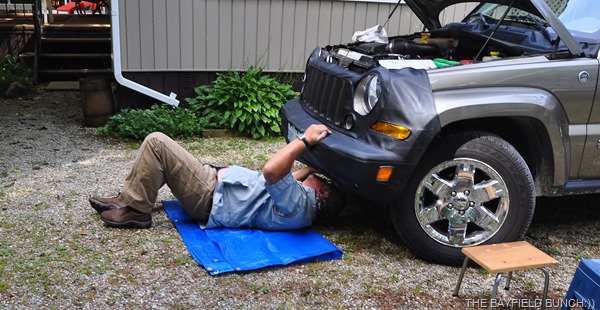 A FEW FINAL CLIPS ALONG THE BOTTOM & THE JOB WAS DONE 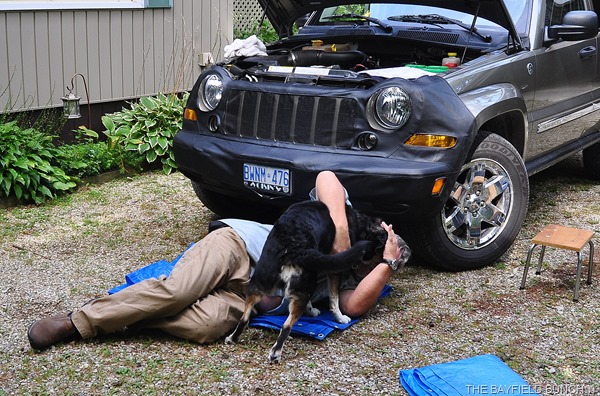 PHEEBS CAME OVER FOR A BIG HUG BEFORE I GOT UP 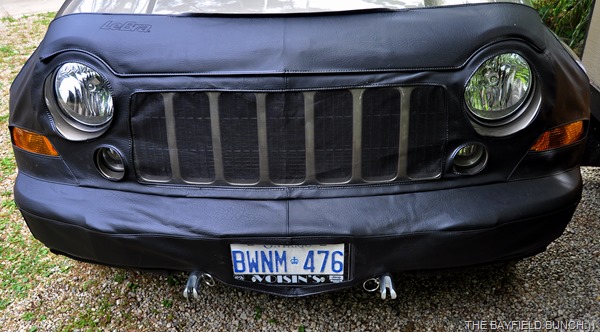 In a previous paragraph I mentioned a problem with my legs awhile back.  I have come to a conclusion about that.  Yes I do have arthritis in my legs but I also think my weight is a contributing factor & a lack of exercise has definitely compounded the problem.  I’ve gained back half of the 20 pounds I lost last winter in Arizona & instead of making the right decision to exercise my legs more I made the wrong decision to rest my legs more.  ‘Awww ve get too soon old & too late schmart huh’:(( 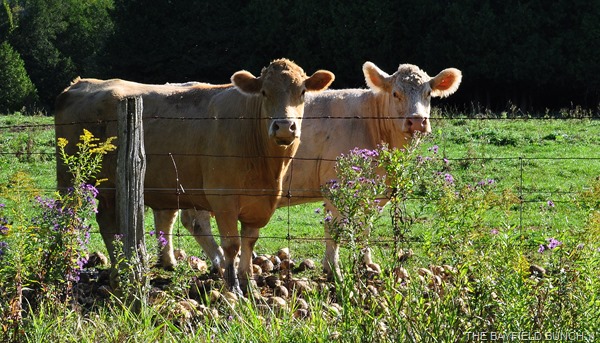 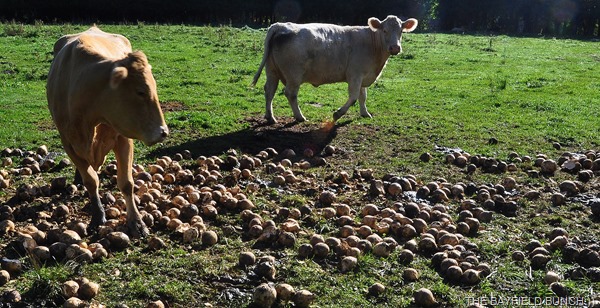 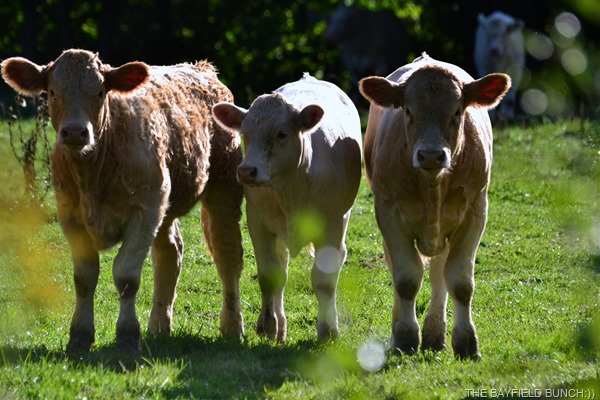 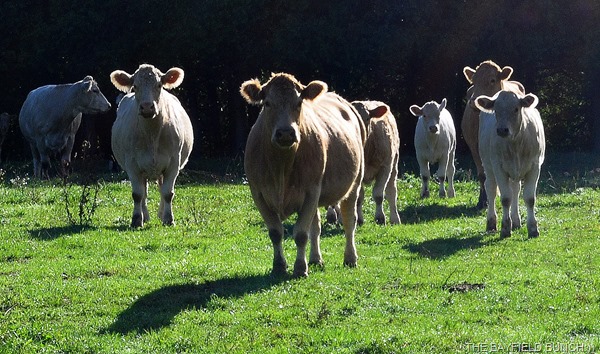 ALL THESE COWS WERE SURE CURIOUS ABOUT THE PHEEBS 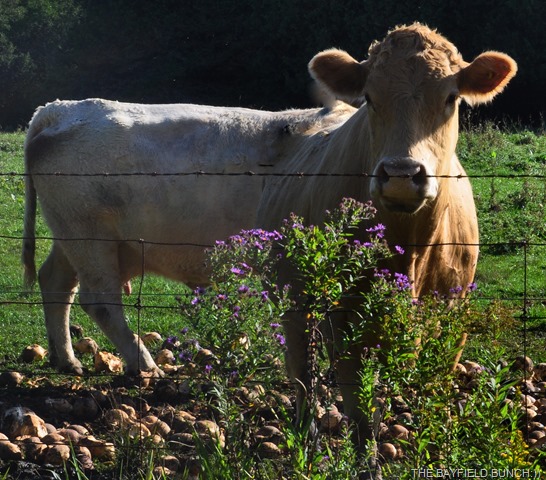 AND THIS SURE LOOKS LIKE THE LONGEST COW WE HAVE EVER SEEN:))

GROANER’S CORNER:(( A vacationer e-mailed a seaside hotel to ask its location.
"It's only a stone's throw away from the beach," he was told.
"But how will I recognize it?" asked the man.
Back came the reply: "It's the one with all the broken windows."

A taxpayer received a strongly worded "second notice" that his taxes were overdue. Hastening to the collector's office, he paid his bill, saying apologetically that he had overlooked the first notice.
"Oh," confided the collector with a smile, "we don't send out first notices. We have found that the second notices are more effective."

The workers in a large office were making secret plans to stage a big office party for the 70-year old cleaning woman who had spent the better part of her life with the company.
Somehow the secret leaked out and the woman got wind of it. Much perturbed, she rushed to the office manager. "Please sir," she cried, "Do not let them do it! Do not let them do it!"  "Oh, come now, Mrs. Smith, you must not be so modest. After all, they simply want to show how much you are appreciated."
"Appreciated, my foot," exclaimed the woman. "I am NOT going to clean up after a mess like that!"