AUTUMN IN OUR BACK YARD 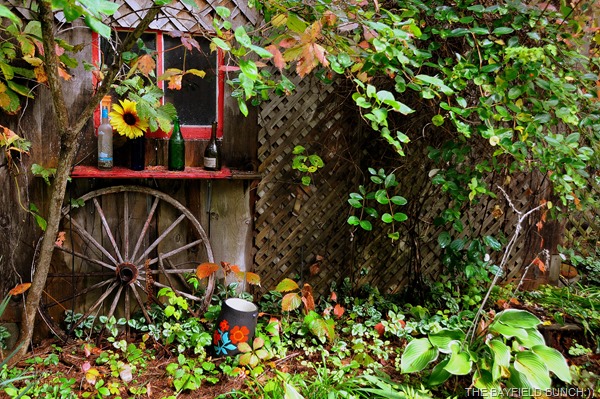 RAINY DAY PHOTOS IN OUR BACK YARD

I felt about as enthusiastic as our weather this morning which was overcast, raining, & gloomy.  Loaded a few things into the rig like my new socks.  Kelly gathered a few items together as well but basically it turned out to be a sit in the house day until mid afternoon.  Every once & awhile this kind of day comes along & that is just the way it is.  I think I nearly wore out my recliner & I’m sure I heard it say, “get off me ya big slug & go take yourself for a walk will ya’. 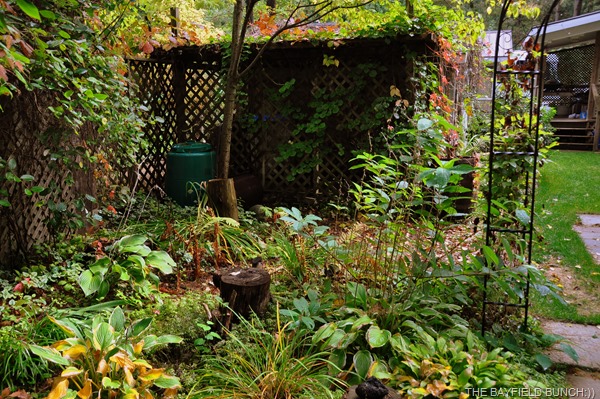 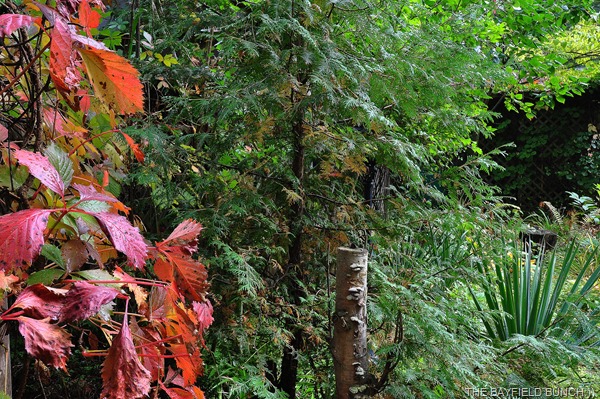 Full-Time RV'ers Chris & Caron drove over from the Caledon Hills northwest of Toronto today to sign their lease agreement here in the Park & stopped in for half an hour.  From our place they headed to Seaforth & the signing of final papers for their house purchase.  Pretty happy campers & they will be taking possession in October. 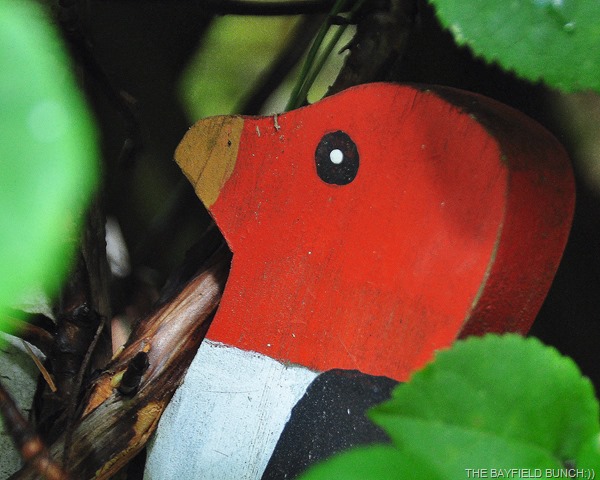 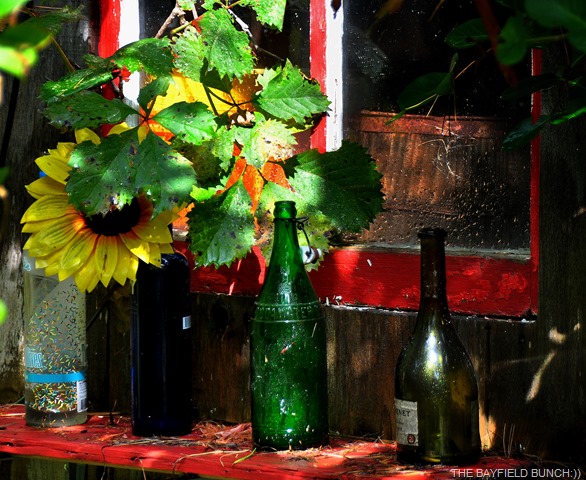 Just before Caron & Chris left I saw a cheery little sun splash on our living room floor & 20 minutes after that Pheebs & I were out the door & walking around our pine tree trail.  Oh how nice to see & feel that sunshine.  Forest leaves still dripping from earlier rains as we made our way along just enjoying the wondrous sights, sounds, & Autumn smells along the trail.  Pheebs even met up with her best Pal Dexter who had his Dad Gerald out for an afternoon walk as well:)) 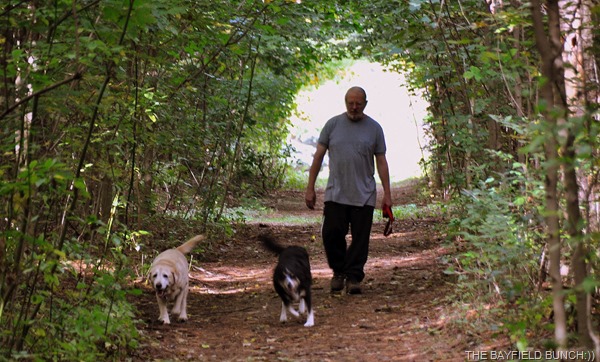 PHEEBS IS RUNNING SO FAST SHE IS A BLUR 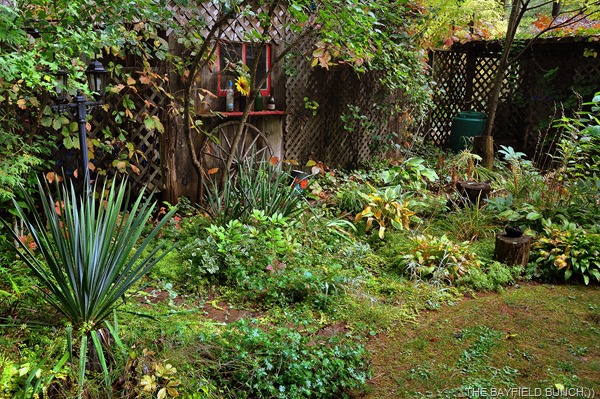 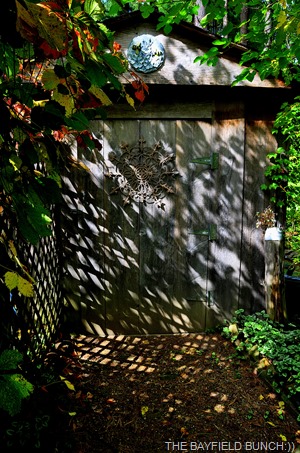 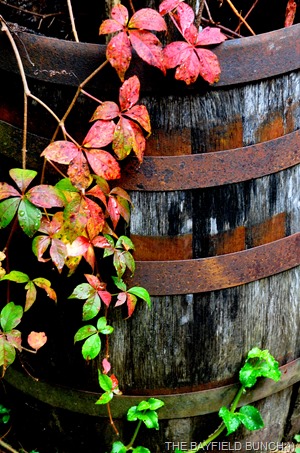 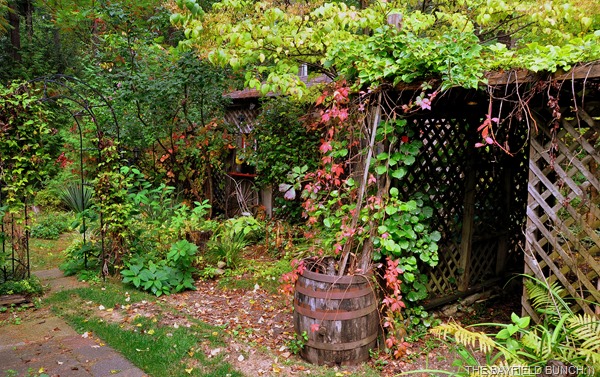 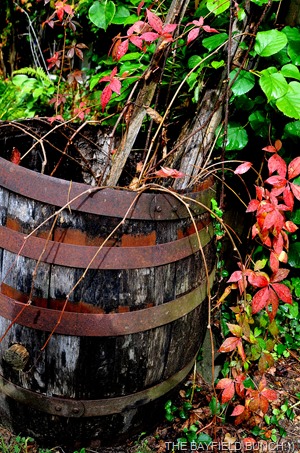 Our clearing skies didn’t last & by late afternoon we were under a heavy overcast again.  Thought about going to bed & pulling the covers over my head but I had a blog to finish up & I was glad I had something constructive to do.  Once again my blog came to my rescue:)) 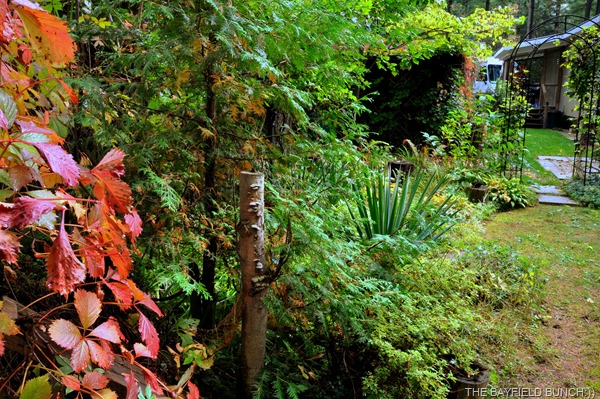 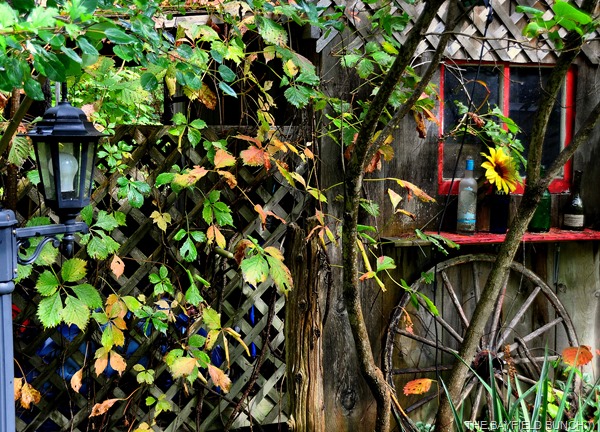 Going from 2 cameras with 2 separate lenses to 1 camera with 1 lens sure has made things easier in more ways than one.  Much simpler for me when using my Picasa photo editing program to locate photos in the order I took them.  When using more than one camera it sure messes up the photo order each day & I’ve had days where I have used up to 4 cameras.  Wishing now I had done this one lens thing years ago.  Oh well, better now than never.  Like they say, ‘we get too soon old & too late smart’ & boy oh boy have I ever understood that truly wise saying these last bunch of years…………………..

GROANER'S CORNER:((  In the ascertainment of an excogitation of linguistic proclivity, one might ascribe to the mentation that a phratry exists in which some encyclopedists designedly cultivate a nonplussed ambience hypothecated to befuddle the vox populi.
TRANSLATION: Judging from the words some people use, you'd think they purposely write to confuse the average person.

A research team proceeded towards the apex of a natural geologic protuberance, the purpose of their expedition being the procurement of a sample of fluid hydride of oxygen in a large vessel, the exact size of which was unspecified.  One member of the team precipitously descended, sustaining severe damage to the upper cranial portion of his anatomical structure; subsequently the second member of the team performed a self-rotational translation oriented in the same direction taken by the first team member.
TRANSLATION:
Jack and Jill went up the hill to fetch a pail of water.
Jack fell down and broke his crown and Jill came tumbling after.

Bob was in his usual place in the morning sitting at the table, reading the paper after breakfast. He came across an article about a beautiful actress about to marry a football player who was known primarily for his lack of common knowledge and his fairly low IQ.  He turned to his wife Marlene with a look of question on his face. "I'll never understand why the biggest jerks get the most attractive wives."  Marlene replies, "Why thank you, dear!"