NOT GETTING ANY BETTER SO MADE A MEDICAL APPOINTMENT THIS MORNING 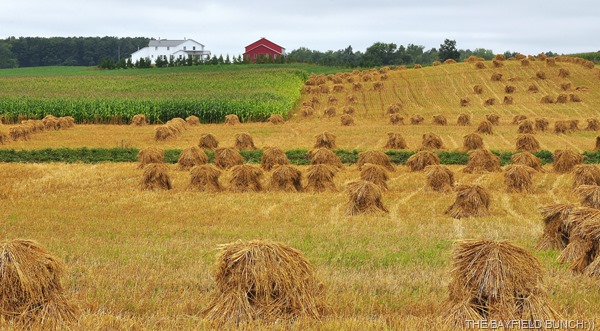 We decided it was best to call my Nurse Practitioner this morning & I have an appointment for early Thursday afternoon.  Reason for deciding to call was made after I tried to lie down for the first time since last Thursday & everything took off spinning again.  My dizziness problem is not getting any better.  Have slept in my recliner each night & I am still getting dizzy spells anytime I bend over.  Still feel queasy & a bit shaky at times & I can tell something is off & just not right somewhere.  Kelly suggested going to emerge but I don't feel I'm at that stage.  Long as I keep my body upright & my head straight I can do most stuff, just at a slower pace.  And driving is not a problem at all.  In fact that is when I seem to feel the best. 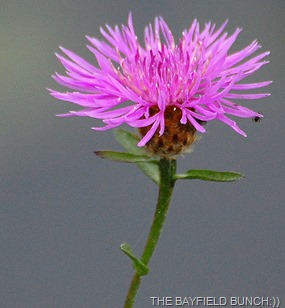 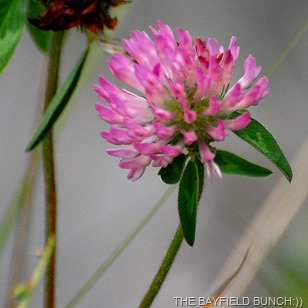 Heavy cloud cover this morning so resigned myself to just taking it easy around the house.  A sun splash across our living room floor around 10:30 put a quick end to my doze like state while sitting in my recliner.  Skies were beginning to clear & with that lift to my spirits Pheebs & I were out the door & into the Jeep.  Coffee & a muffin in Clinton to go & we were off into the countryside.  As mentioned in the previous paragraph I don’t have any problems with dizziness while driving. 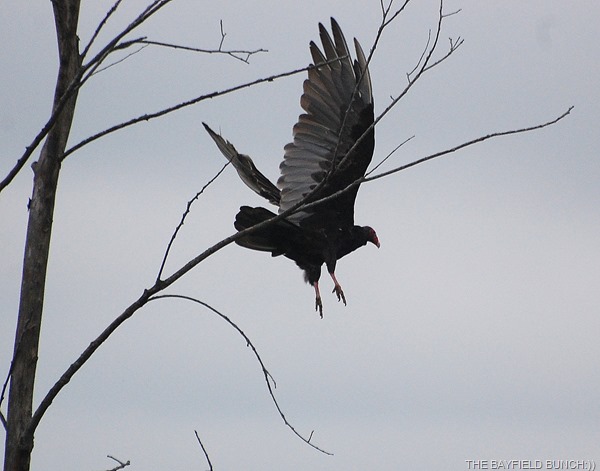 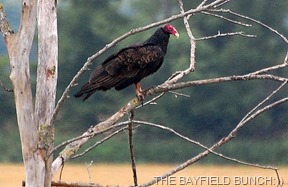 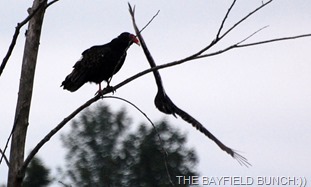 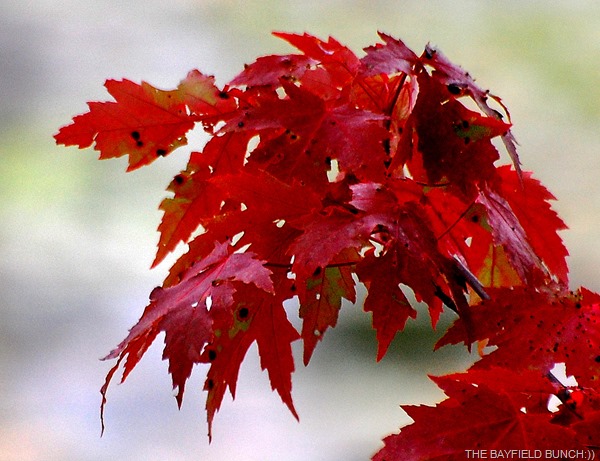 Despite this morning’s sky not clearing like I had thought it would we just motored along slow anyway enjoying Huron County's picturesque rural scenery up through Amish/Mennonite country.  Always like how those folks stack their sheaves of wheat in the fields.  Also managed to add another dozen or so old barns to my collection & I should have them added to my 'Old Barns' album probably sometime Wednesday.  Found us some nice ones again today.

THESE WHEAT SHEAVES PILED UP ARE CALLED STOOKS 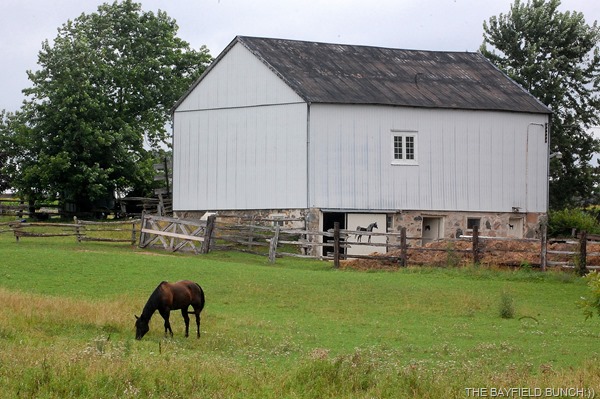 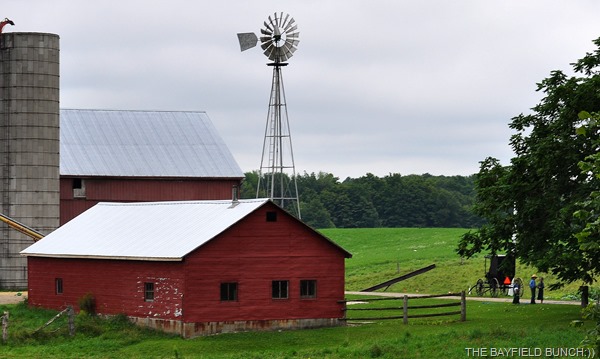 Been nearly 2 weeks now with Windows 10 so are we still Okay with it?  Well I'd say yes we are & it continues to work well for us so far.  A few little glitches here & there but nothing to cause us any grievous concern.  Kelly has been able to pretty much figure out any problems & that has made the transition from Win 7 easier, especially for me.  Windows 10 is really Windows 7 supercharged.  Well that's the way it seems to me anyway. 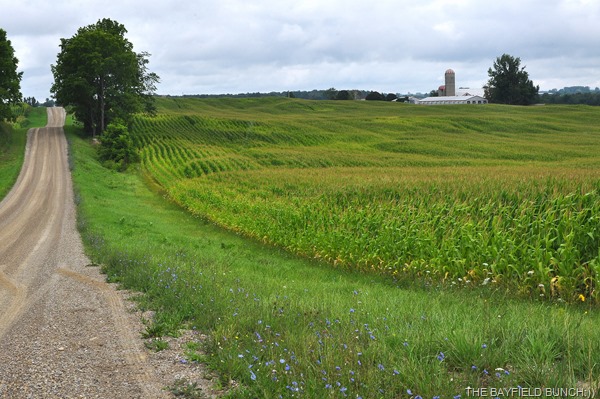 FIELDS OF CORN ALONGSIDE COUNTRY ROADS

And it's been about 3 months now since we've had the Jeep Liberty so how's that going & am I missing the Wrangler yet?  Very happy with the Liberty so far.  Really enjoying the convenience of power windows.  Sure makes it easier for taking photos being able to operate the windows with just the touch of a finger.  No more leaning & stretching across the passenger seat to crank the window up & down before or after taking a photo.  And how nice the automatic transmission I must say.  No more having to juggle gears with coffee cups, muffins, & cameras.  Also love the back seat access for Pheebs through the rear doors & how nice to have all that great space behind the front seat.  And easier access getting into & out of the Liberty makes it much better for my legs.  Yep, two thumbs up all way round so far for Libby & as much as I loved our 06 Jeep Wrangler for all the years we had it I'm not missing Jeepers near as much as I thought I would.  Well Okay I do miss it’s squat puggish bull dog look……………… 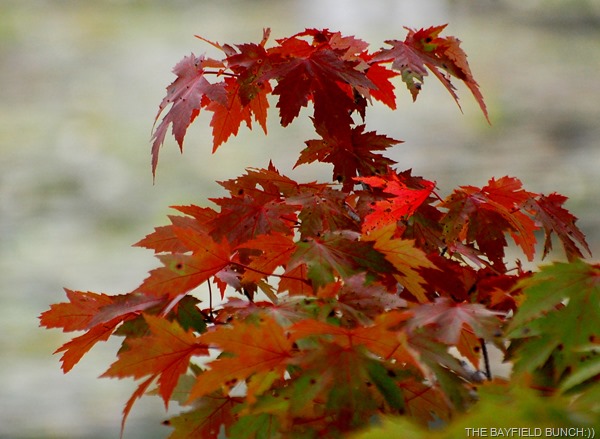 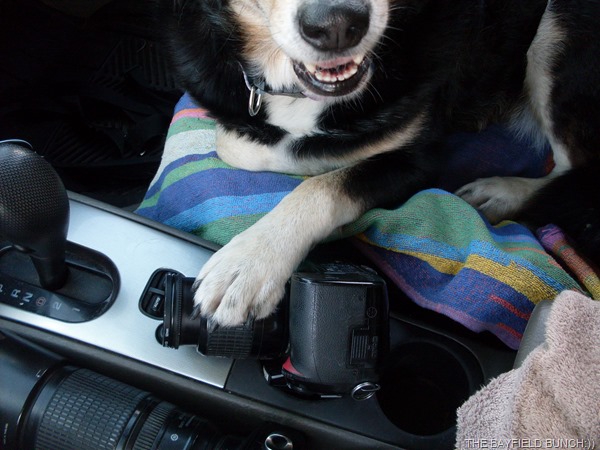 As much as I would like to see the Perseid meteor shower tonight I just don’t think I can keep myself awake until midnight & beyond & it is passed midnight they predict most meteorites will be seen over the next 3 nights.  I can usually tough it out most nights to 11 but beyond that it’s Zombieville.  I sometimes am a spur of the moment kind of character so who knows.  Sky at the moment is beginning to clear nicely.

GROANER’S CORNER:(( One of the youth league soccer coaches didn't care much for my refereeing and had no problem letting me know it.  Fed up, I threatened him with a penalty if he didn't stop.  He calmed down, but an older woman took up where he'd left off.  "You'd better control your sideline," I warned the coach.  The coach turned to the woman and barked, "Knock it off, Mom!"

In Florida, an assistant U.S. Attorney, was cross-examining a defendant on trial for drug possession. A counterfeit Social Security card bearing his name had been found in his wallet when he was arrested. In the line of questioning, the U.S. Attorney reached the topic of the phony card.
"This card is in your name, correct?"
The defendant replied that it was.
"Is this a real Social Security card?"
"I certainly hope so," he replied. "I paid $50 for it."