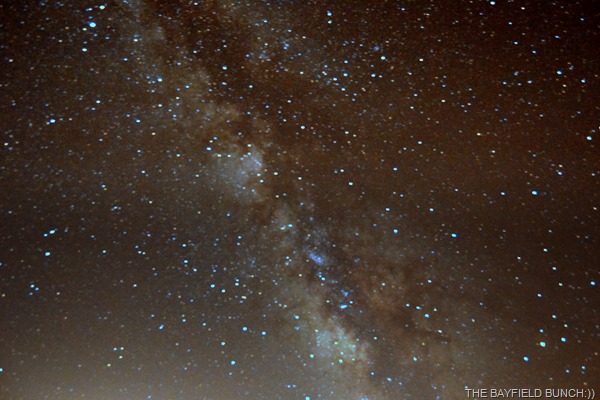 ALTHOUGH NOT THE BEST PHOTO THIS IS MY VERY FIRST ATTEMPT AT SOME NIGHT PHOTOGRAPHY…..PHOTO SHOWS THE SOUTHERN SECTION OF THE MILKY WAY

Didn’t figure I would be able to hold out until midnight Tuesday before heading out to have a look for those Perseid meteors so I loaded a lawn chair into the Jeep along with Pheebs about 10 & off we went the 4 miles to our cool country road night observation spot.  Ohhhhh how nice to once again be outside at night under a star studded sky.  Unfortunately the sky didn’t remain star studded for long as I noticed right away a large cloud bank closing in from the East obscuring a third of the North-eastern sky & that was just the area where the meteors would be happening.  Needless to say we did not see any.  However I figured while there I would try my luck at taking some first time star photos. 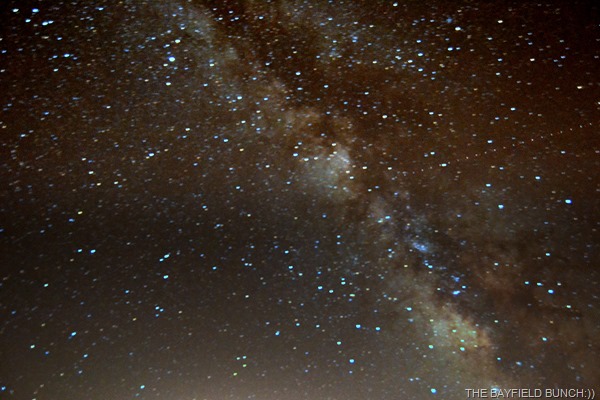 MY SECOND STAR PHOTO SHOWS SOMETHING VERY CURIOUS…..LOOK CLOSELY TO THE FAR RIGHT SIDE JUST ABOVE CENTER…..NOTICE A DOTTED LINE & I AM GUESSING THIS MAY HAVE BEEN A SATELLITE TRAVELING THROUGH MY 1 MINUTE EXPOSURE…..I DO NOT BELIEVE THIS TO BE A METEOR…..ANY THOUGHTS??

Hauled out my Nikon D3100 which I already had on my tripod.  Being new to this it took me quite a bit of fumbling around with some red night lights, dials, switches, camera menus, the self timer, a flashlight my wrist watch, tripod adjustments & half a dozen other things.  Took me 8 tries before I was finally able to get myself a reasonably acceptable beginner’s star image.  This morning looking at the 3 photos on my computer screen I can see where I made some of my mistakes so am hoping to improve on that.  All & all for the short half hour I was out there it was a great learning experience.  Pheebs of course was as good as gold staying close by & perhaps the best part was no mosquitos in the cool clear humidity free night air.  I have written before many times how much I enjoy being outdoors at night & Tuesday night’s little night sky photo session has now given me more reason than ever to get myself out under that big beautiful night sky again.  I was a bit disappointed in myself when I did look skywards realizing the star patterns that had once been so familiar to me now seemed a bit unfamiliar just like years ago.  That tells me I have to brush up again on my sky charts & re-acquaint myself with all the constellations.  But it’s OK because I enjoy that & knowing one’s way around the night sky is very rewarding. 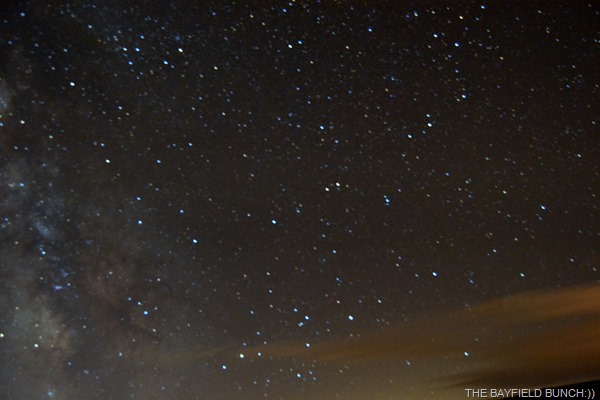 MY THIRD PHOTO SHOWS JUST A TOUCH OF THE HORIZON AT BOTTOM RIGHT…..YEP, I’M HAVING MYSELF A FUN LEARNING EXPERIENCE HERE:)) 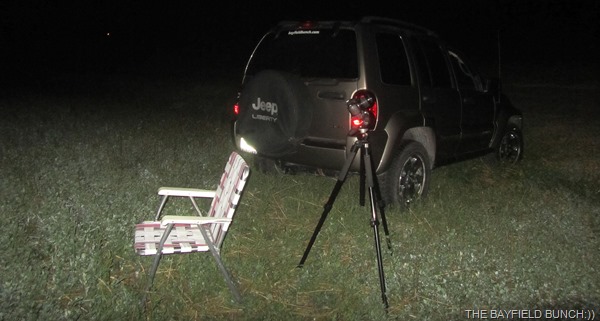 I did have myself a couple short dizzy spells when I unthinkingly bent over once to make an adjustment to a tripod leg & another time bending low over the camera reading a dial.  The dizziness lasted only a few seconds & I didn’t have any after effects except for a slight wobbliness which also lasted only a few seconds.  I will be so glad to get this problem cleared up so I can bend down once again to give Pheebs a big tummy rub:)) 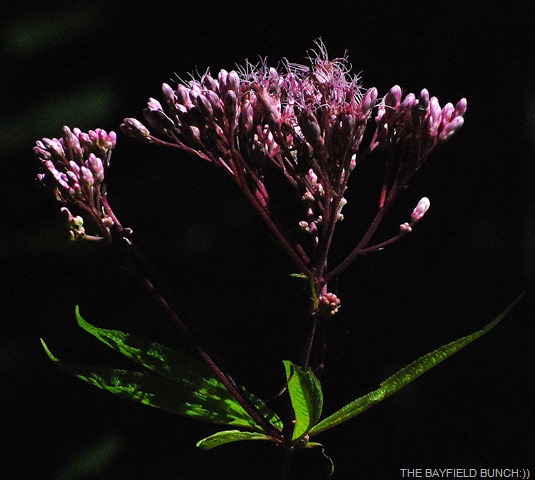 A FEW FLOWER PHOTOS AROUND THE YARD

Some folks have inquired a couple blogs ago as to where we had those decal letters made for our Motorhome & Jeep.  We are fortunate in that Kelly’s youngest son Ben in Cambridge Ontario has his own very successful sign company called, FLORENCE SIGNS & GRAPHICS.  Ben also made the decal lettering for our Damon Challenger Class A years ago including a set of doggy prints.  My suggestion for anyone wanting decals or lettering would be to just seek out any reputable sign company in your area & have them made. 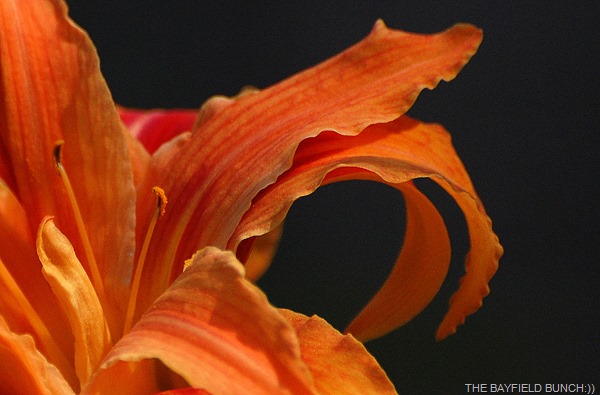 Spent my day puttering around outside.  All the usual stuff like raking up pine needles & leaves, weed whacking & edging flower beds.  Cloud cover cleared about mid morning & thankfully our temperatures are still remaining right around the 70F daytime mark with cooler bug free nights.  Even took Pheebs for a bug free walk this afternoon.  Fall’s early rustlings seem to have come a couple weeks early this year.  Bonus:))  Autumns magic approaches & it will soon be time for thinking of RV travels once again:)) 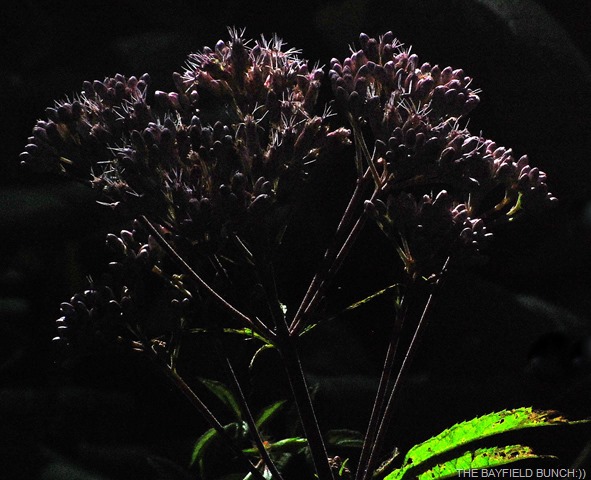 I did watch 3 You Tube videos demonstrating the EPLEY MANEUVER for people suffering from Vertigo.  Looks fairly simple but I’m going to wait until I have seen my Nurse Practitioner Thursday.  Want to make sure I get it right because it may be something I will have to do by myself in the future. 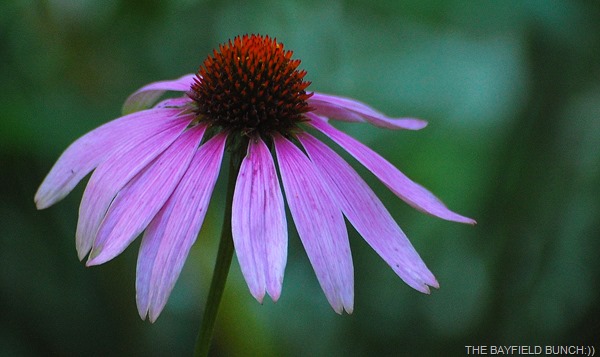 A word of thanks for all the well wishes regarding my current Vertigo problems & kind words regarding my photos.  I know I’ve said it many times before but it is you the reader folks who give me the Blogger guy inspiration to write a few words each evening & head out most every day to hunt down new photos.  I sometimes think to myself if it wasn’t for you there would be no me as I know myself now to be……………………………….. 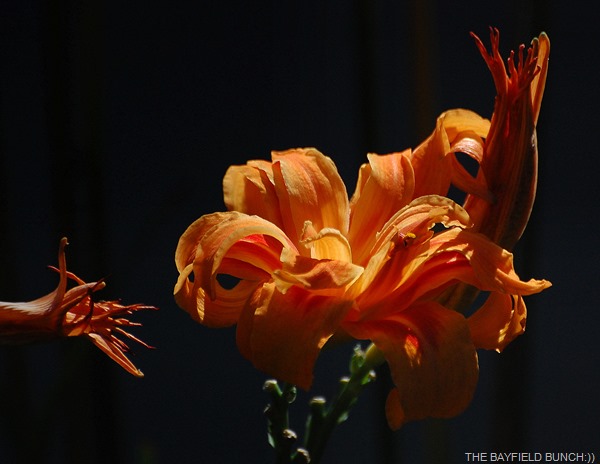 Mick and Paddy are reading head stones at a nearby cemetery.
Mick says "Crikey! There's a bloke here who was 152!"
Paddy says "What's his name?"  Mick replies "Miles, from London."

Paddy is said to be shocked at finding out all his cows have Bluetongue.
"Be Jeysus!" he said, "I didn't even know they had mobile phones!"

Paddy and his wife are lying in bed and the neighbours' dog is barking like mad in the garden.  Paddy says "To hell with this!" and storms off.  He comes back upstairs 5 minutes later and his wife asks "What did you do?"  They’re still barking!  Paddy replies "I've put the dog in our garden. Let's see how they like it!"

Paddy calls Easyjet to book a flight.  The operator asks "How many people are flying with you?"  Paddy replies "I don't know! It's your bloody plane!"

Paddy and Murphy are working on a building site.
Paddy says to Murphy "I'm gonna have the day off.
I'm gonna pretend I'm mad!"
He climbs up the rafters, hangs upside down and shouts
"I'M A LIGHT BULB! I'M A LIGHT BULB!"
Murphy watches in amazement!
The Foreman shouts "Paddy you're mad, go home"
So he leaves the site.
Murphy starts packing his kit up to leave as well.
"Where the hell are you going?" asks the Foreman.
"I can't work in the friggin' dark!" says Murphy.