COULDN’T THINK OF A TITLE SO THIS IS IT

Pheebs & I did make it over to the shores of Lake Huron Friday night hoping for a sunset.  A few rain drops on the windshield as we took ourselves for a cruise around Bayfield finally stopping at Pioneer Park overlooking the lake.  Clouds were right on the deck out over the water & we heard rumbles of distant thunder.  With a bit of clearing overhead I was optimistic but alas it was not to be.  Cloud cover intensified & came ashore packing heavy rains.  We skee-daddled for home & that was it for our night.  Checked our computer's weather radar & saw several small power packed storm cells had targeted Bayfield with thunder, lightning, & rain.  This morning started out foggy with excessive heat warnings for the afternoon. 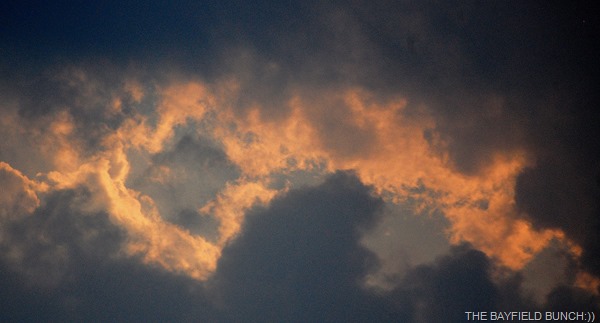 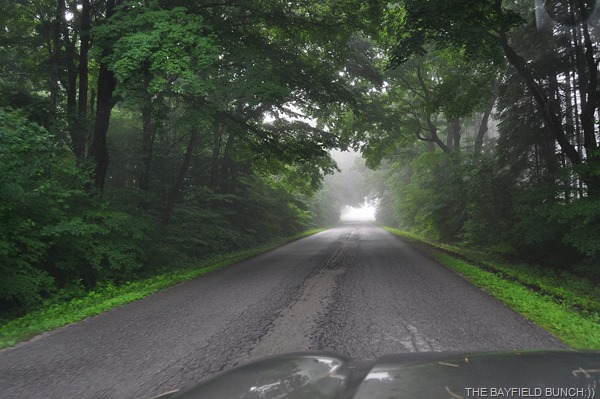 ROADS DRYING AS WE HEAD FOR GODERICH 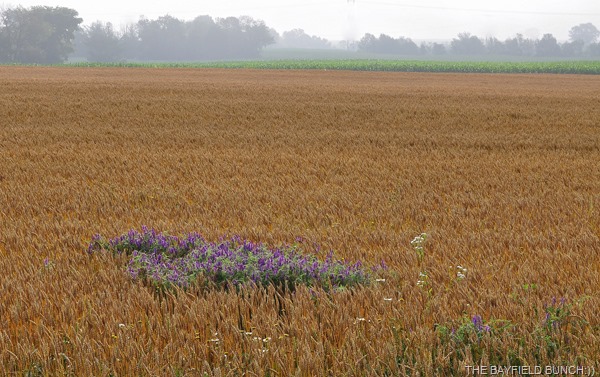 FLOWERS IN A WHEAT FIELD ALONG OUR WAY

Had a few things to pick up in Goderich so Pheebs & I were off again in the morning with our first stop a McDonalds.   Saw in a Home Hardware flyer a good deal on a set of open ended & sock wrenches so with flyer in hand I headed into the TSC store to ask the clerk if they had any left.  Well you noticed my mistake there right.  I embarrassedly left the TSC store after the clerk told me it was a Home Hardware flyer I had in my hand & chased me out of the store.  I just have to shake my head at myself sometimes. 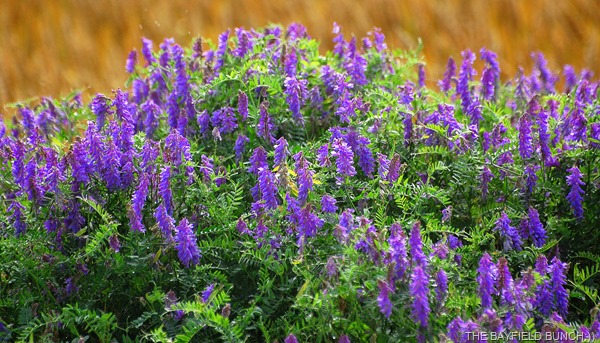 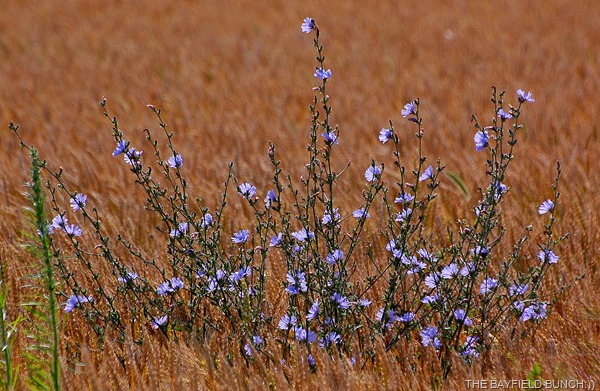 With coffee & muffin in hand we headed ourselves on down to the beach for a walk at the dog walking area along the water's edge.  A few photos along the boardwalk as the last vestiges of this mornings mist slowly burnt off.  As the sun climbed into the eastern sky I could feel the day's humidity already building & it was only 10 a.m.  Figured we had better head ourselves on home before I turned into a big ball of paste.  Ambled our way through Goderich heading south until we picked up a few back roads heading for Bayfield.  I was looking forward to getting home & relaxing in some refreshing A/C but it was not to be. AN EARLY MORNING TALK BY THE LAKE 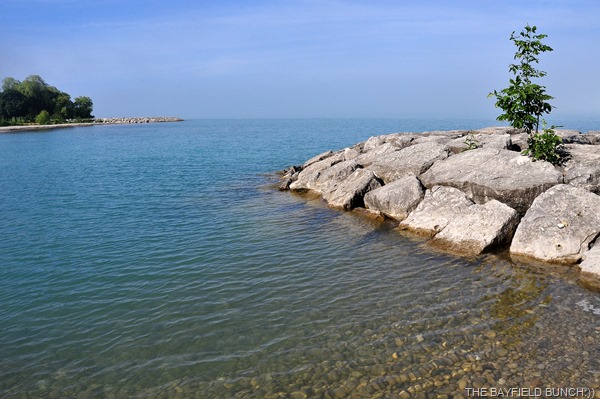 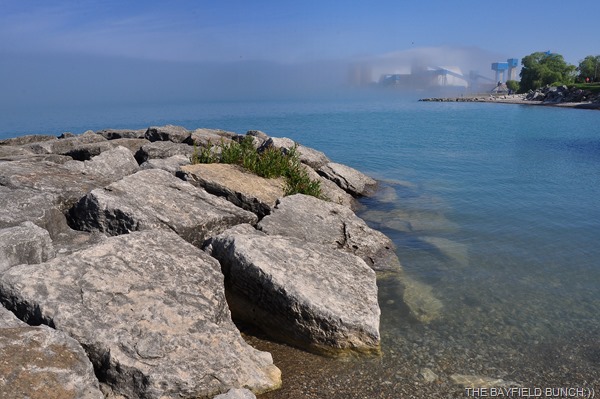 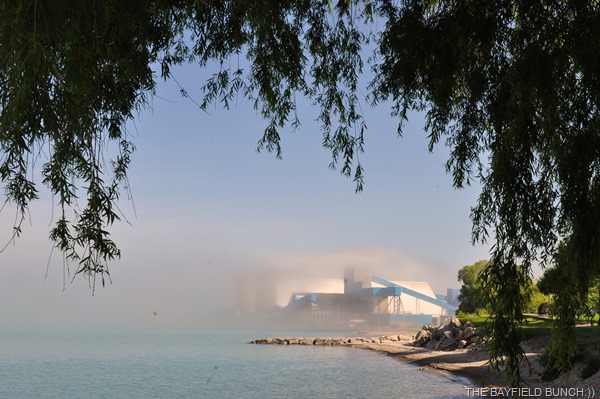 Kelly was away at the Bayfield Library but had left a note on the counter saying Art's Landscape had called saying someone had not picked up all their sod, they had 12 rolls left over, did we want them.  Well sure, so back outside I went, hooked the utility trailer up & it was back to Goderich I went.  The sod had been sitting on a pallet since Thursday morning & in this heat I knew it had to be laid soon as possible.  Wasn't looking forward to doing that but the sod needed to be unrolled & watered before it dried out.  Luckily I've had experience laying sod years ago so it didn't take me long to get it all down & soaked.  An hour later I had some additional help from Mother Nature when another fast moving storm cell rolled in off Lake Huron packing more rain.  Bonus. 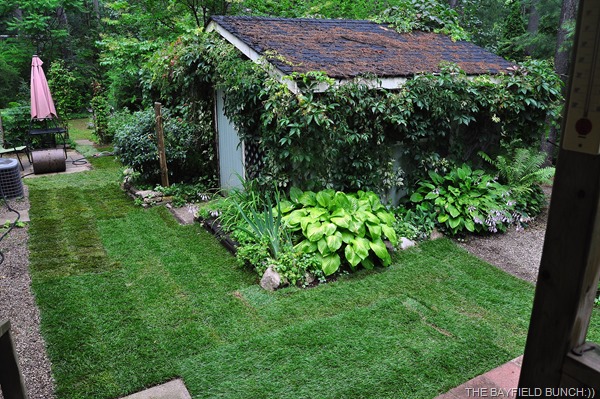 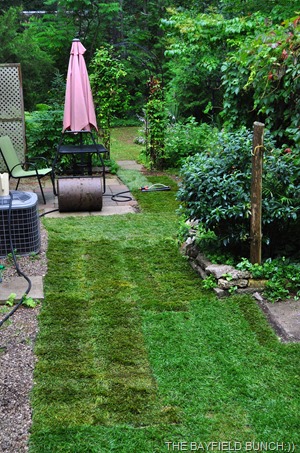 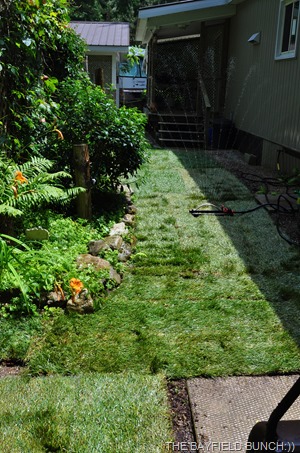 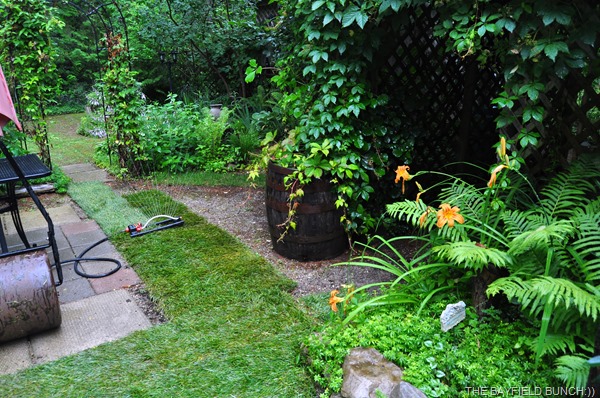 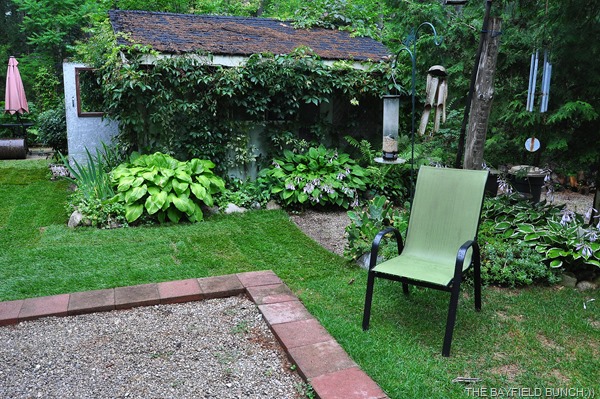 Well I've been doing much better this summer than I have for the past 8 summers.  We’ve been home from the South-West now for over three & a half months & I still have not been bothered by my old nagging ‘hitch-itch’ problem.  Other years we would be home less than a month & I’d be chomping at the bit to be back on the road going somewhere.  I would be complaining & counting the days until we could head for the deserts & mountains of the South-west again.  Oh I know that will all begin to stir again come September I’m sure but for now I’m still Okay & I figure part of the reason for that is my many country road day trips with the Pheebs.  I’m sure that has gone a long way in staving off the ‘itch’.  A few of the fun photo projects I currently have on the go have helped as well giving me some focus & purpose to my days.  Even some of the after supper drives Pheebs & I take around Bayfield have helped.  Add it all up & it goes a long way to appeasing my very restless nature.  Say, you don’t suppose I’m finally getting a wee bit domesticated do you.  Oh perish the thought…………………………….. 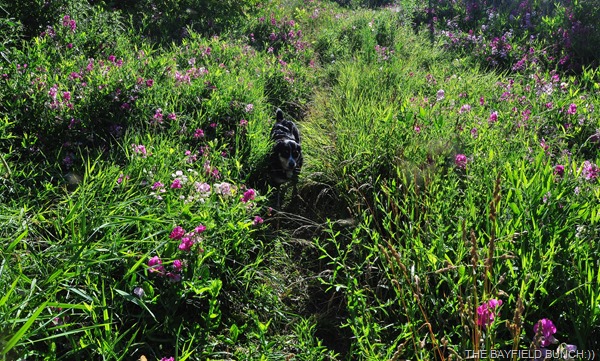 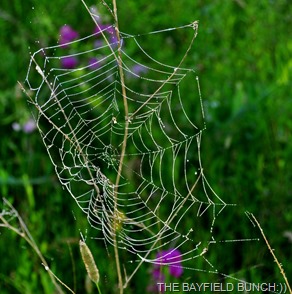 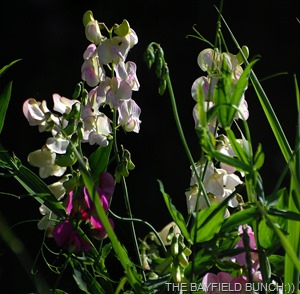 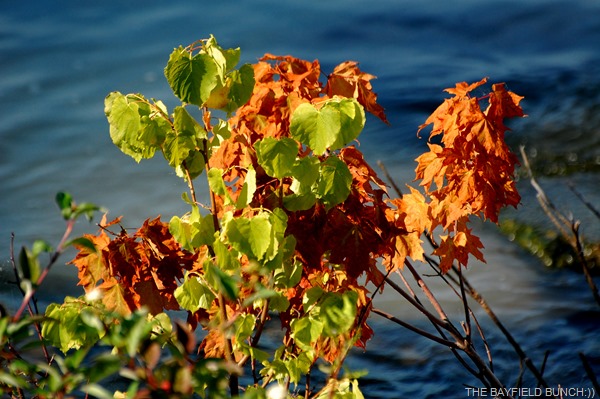 Well it’s movie night for us.  Kelly picked up a DVD at the Library today so as soon as I publish this post we’ll settle down to watch, ‘American Hustle’.  Apparently it won 10 Academy Awards.  Only award I ever won was for eating a Fudgesicle backwards once. 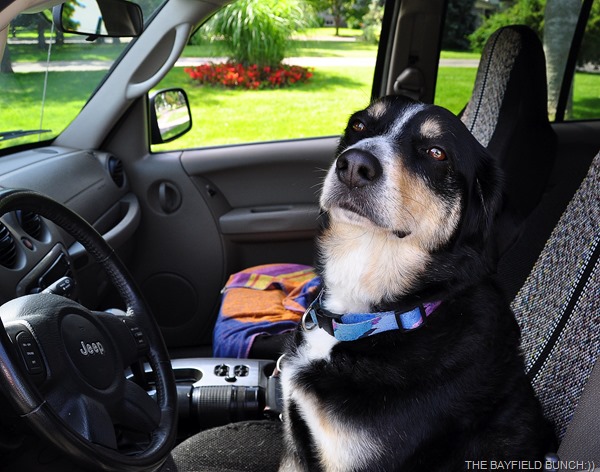 YEP THAT THERE’S MY MOST BESTEST GIRL ALRIGHT:))

GROANER’S CORNER:((  Irving was just coming out of anaesthesia after a series of tests in the hospital, and his wife, Sarah, was sitting at his bedside. His eyes fluttered open, and he murmured, "You're beautiful."  Flattered, Sarah continued her vigil while he drifted back to sleep. Later he woke up and said, "You're cute."  "What happened to 'beautiful'?" Sarah asked.  "I guess the drugs must be wearing off," he replied. Last we heard Irving is still in the hospital recovering from two black eyes.