THE BIG EEE IS HOME AGAIN BUT GEEEEZZZZ DID TODAY’S RAINS & SLOPPY ROADS EVER MAKE A MESS OF IT………LIBBY TOO:(( 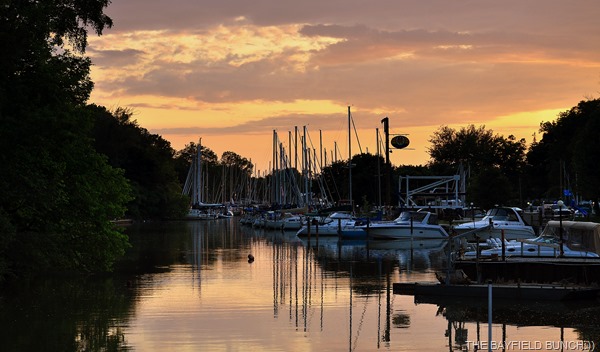 It was about the same time we left the house Tuesday morning as it was Monday morning.  And the same destination, GAMMON'S RV SALES & SERVICE east of St. Thomas Ontario.   Although dry when we left it wasn't long & we were making our way through pockets of rain for most of our drive.  Glad to see it was not raining at Gammons RV but todays wet & greasy roads sure made a mockery out of my Jeep clean up Monday.

A VERY UNHAPPY LITTLE FACE IN THE BACK SEAT THIS MORNING 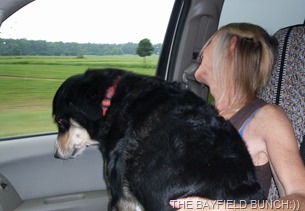 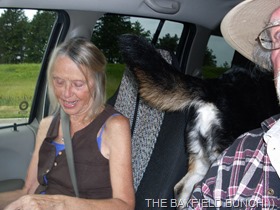 PHEEBS TRIES VERY HARD TO RECLAIM HER SPOT IN THE FRONT SEAT BUT TEMPORARILY GIVES UP
Think it probably took us about an hour & three quarters to reach Gammons & as we pulled into the driveway I noticed a white car pull in behind us & park a short distance away.  As I exited the Jeep & began walking across the lot the driver of the white car exited his car & approached me.  I said 'Good Morning' & he responded with 'Hello AL'.  Oh-Oh I thought.  I always think 'Oh-Oh' when a stranger approaches me & calls me by name.  Turns out this fellow's name was John & knew we were coming because he had just read my Monday night post about 20 minutes earlier.  Turns out John is a long time reader of the Bayfield Bunch & lives just a short distance from Gammons.  It was nice talking to John who is an RV'er with a 5th Wheel himself.  A retired truck driver he actually delivers RV’s for people around the area when they need them moved from point A to point B.  Nice meeting you John:)) 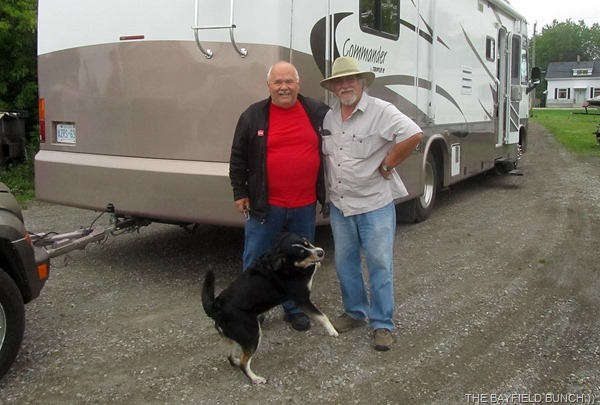 Kelly talked to AL from Gammons about our refrigerator repair & also mentioned about a problem we have had with our water pump sometimes not working.  Al zeroed in on a loose ground connection on our hard to get at water pump.  He added something to that connection & tightened it up.  Hopefully that is another 'mysterious' rig problem solved.  If we are not careful we will pretty soon have all those little Gremlins kicked right out of the rig.  Front furnace wiring problem fixed in Winkler Manitoba last Fall, inverter problem solved in California this past winter & now a refrigerator as well as a water pump fixed as well.  Fingers crossed that we have some clear sailing for awhile now.  Still no idea about our occasional loss of engine power coming through the mountains on our way home a few months ago though.........................

THIS IS WHAT OUR DRIVE LOOKED LIKE GOING HOME THROUGH LONDON THIS MORNING
Talked to Aunt Jean in Florida a couple nights ago & she has made the move from the place she has lived for 25 years to her newer Condo just a few miles away.  She managed to sell her place already & the closing for that was this morning.  When I phoned her Sunday night she was pretty tired from the move but I also detected some excitement in her voice as well.  We all know the muddleness moving creates & Jean was having quite a time locating things in boxes etc.  Being a well organized person it will probably take her a week or so to feel comfortably in control of her new surroundings but there's no doubt she is just the right person to pull it all together.  When I think of my Aunt Jean I think of ‘stamina’. 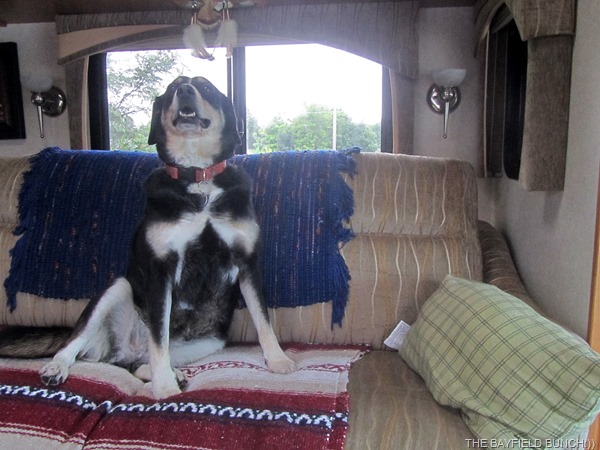 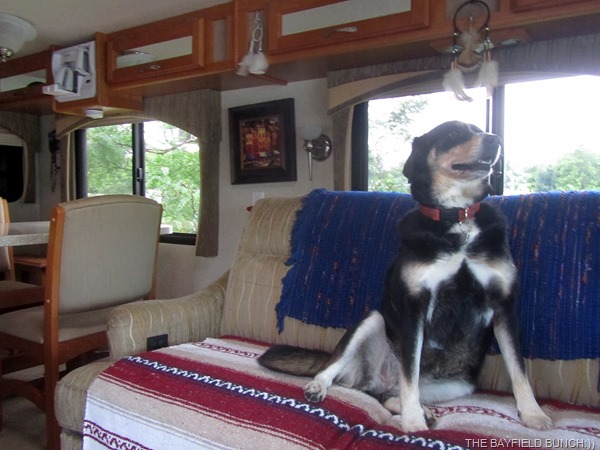 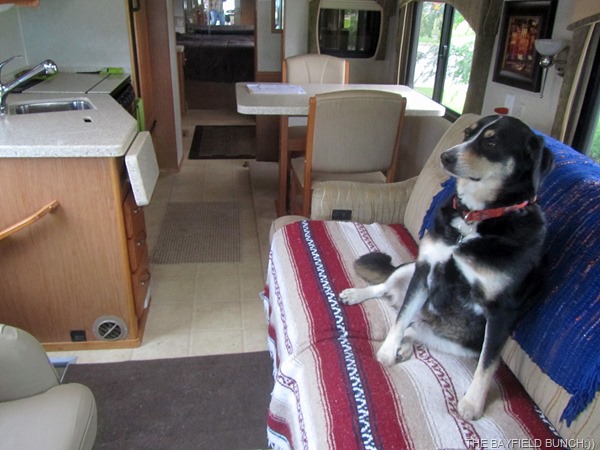 We heard rumors of clearing skies for Wednesday so I'm thinking that might mean a possible gravel run for Pheebs & I in the morning with another Jeep clean-up in the afternoon.  And then there's the Motorhome.  What a mess from driving pretty much all the way home today in rain.  Anyone towing a toad knows the mess it can be in after being hauled along rain slicked roads behind a Motorhome.  Mud, pine needles, & gravel tracked around inside as well.  Another big 2 or 3 hour clean-up job there for sure.  Oh well, gotta tell myself the exercise is good for me & it's best having something to do as opposed to having nothing to do.  Am I right or what:)) 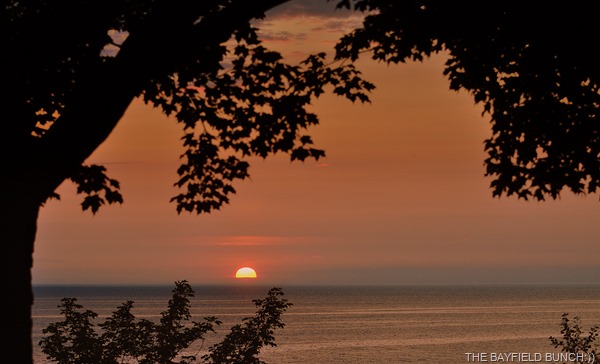 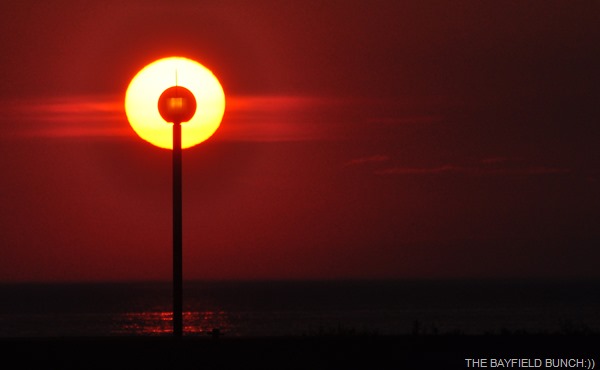 Monday night I published my post on the early side so Pheebs & I took ourselves for a ride into Bayfield.  Sun was well on it’s way down but we did manage to snap ourselves a few sunset photos.  I knew the Moon & planet Saturn were going to be very close Monday night so thought I’d like to grab a photo of that as well.  I have a favorite gravel road hill not far away just south of Holmesville so Pheebs & headed out there.  Again it was way too early & the southern sky way to bright so we didn’t stay.  Despite repellent the mosquitoes were eating us alive.  I did get to see the planets Venus & Jupiter close together in the western sky though.  Also got to see a light tawny colored Fox with a very bushy tail on our way home. 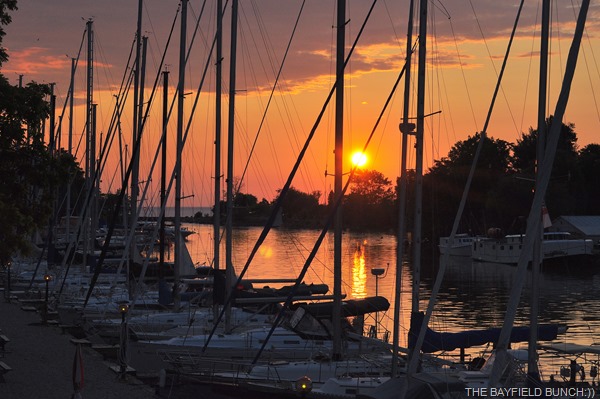 Just as I am about to post this tonight our skies are already clearing & we have sun splashes making their way through tall pine trees into our front yard.  Checking the weather it looks like we have a string of sunny days ahead.  Nice:)) 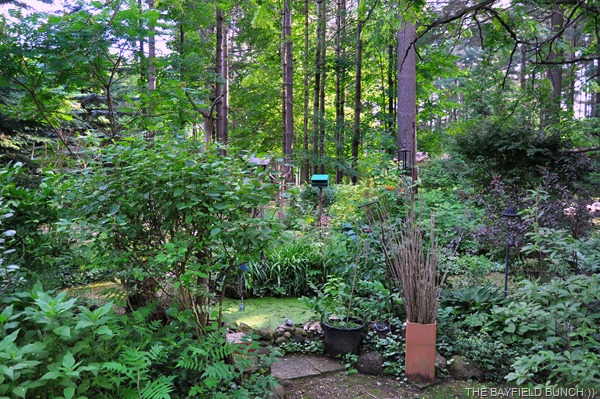 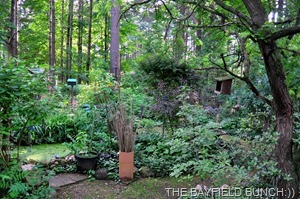 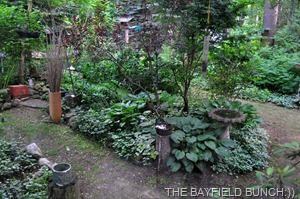 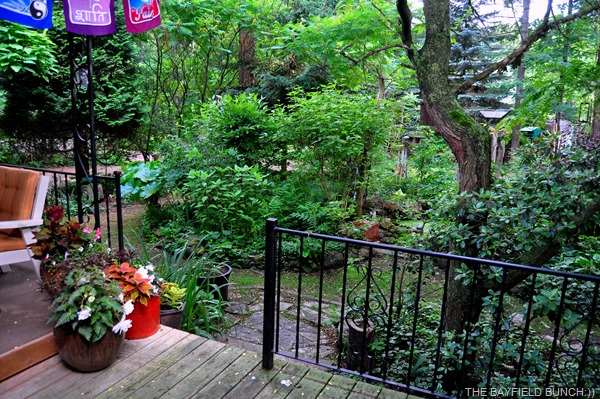 And it was 2 years ago today 19 brave Granite Mountain Firefighters lost their young lives in Yarnell Arizona.  Yarnell is less than a 10 minute drive from our house in Congress. 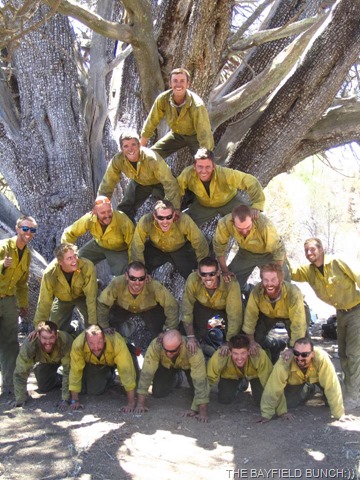 GROANER’S CORNER:((  ‘Thoughts To Ponder About Americans & Of Course We Canadians Too’

We yell for the Government to balance the budget, then take the last dime we have to make the down payment on a car that will take 5 years to pay off.

We demand speed laws that will stop fast driving, then won't buy a car if it can't go over 100 miles an hour.

We know the line-up of every baseball team in the American and National Leagues but mumble through half the words in the "Star Spangled Banner". (or ‘Oh Canada’)

We'll spend half a day looking for vitamin pills to make us live longer, then drive 90 miles an hour on slick pavement to make up for lost time.

We tie up our dog while letting our sixteen year old son run wild.

We whip an enemy in battle, then give them the shirt off our backs.

We're supposed to be the most civilized nation on earth, but we still can't deliver payrolls without an armored car.

We have more experts on marriage than any other country in the world and still have more divorces.

We're the country that has more food to eat than any other country in the world and more diets to keep us from eating it.