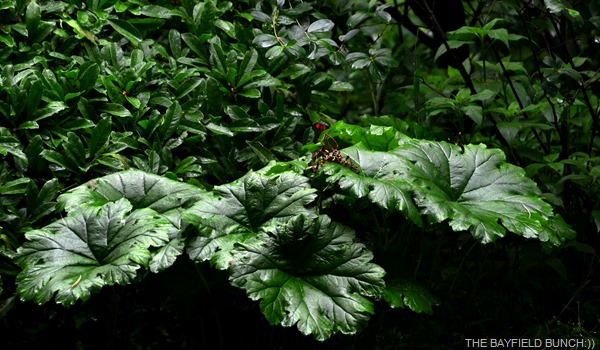 That was the only blog title I could think of for my post tonight as I sat at my computer typing this afternoon.  Skies were gloomily gray & the rain just kept coming down & coming down.  Doesn’t take much for cabin fever to get a hold of me & I’m sure glad we don’t live in a heavily gray rain soaked area of the country.  It was Gloomsville here today:(( 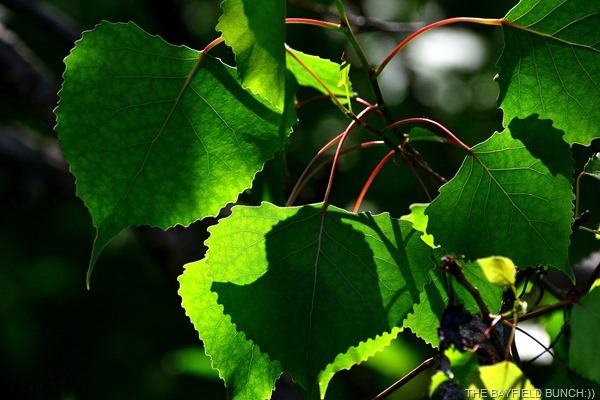 Often thought if I was a rich guy & could have myself my very own hobby car what make & model of a hobby car would I like.  Well the early 60's cigar shaped Ford Thunderbird has always been a favorite of mine ever since I saw my first one many years ago in the village of Tavistock where I grew up. I still remember when the Sommers family down the street bought a brand spanking new jet black Ford Thunderbird. Might have been a 62 or 63.  Wow, to me it was as sleek as a space ship & in my mind it was one of the best designed cars to ever come out of Detroit. I would often see one of the older Sommers boys driving that bird & like a moonstruck young teen-ager I was totally mesmerized every time Jim Sommers cruised that car down the street where I lived. I would always stop whatever I was doing & watch for as long as I could trying to imagine what kind of heaven Jim must be in driving that long, low, cigar shaped black Ford Thunderbird.  Back in those days, that's what dreams were made of for many a young car-struck teen-age boy like myself.  Hey, even Elvis had one of these for a time:)) 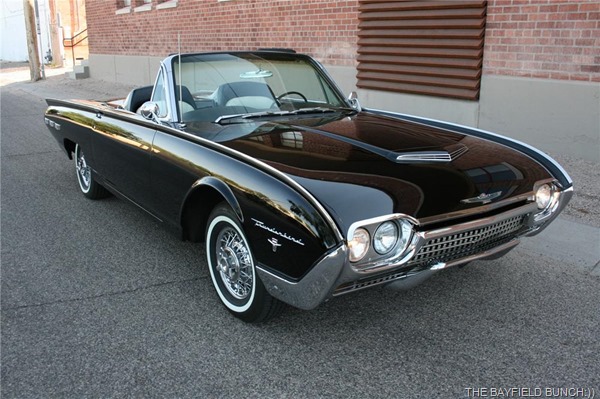 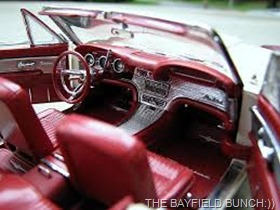 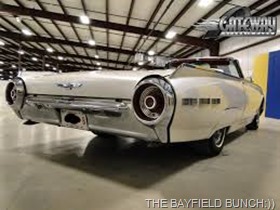 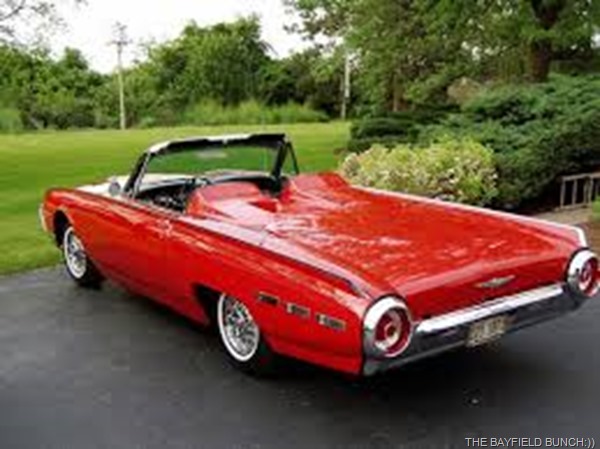 THUNDERBIRD PHOTOS COURTESY OF THE INTERNET
The decade between 1955 & 1965 was the most memorable for me when it came to cars. I was a young boy growing into my early teens & cars in those days were absolutely everything to young fellows like myself. We knew all the cars, makes, & models. Knew about the engines, the carbs, lake pipes, fender skirts, baby moons, 4 speeds, & just about anything else a young teenager needed to know about a cool car.   In the late 60's & into the 70's cars took on a box like sameness & the golden age of the adventurous & daring Detroit auto designs was over. Before that we could tell a Chev from a Ford coming down the road a mile away. We knew who was going by the house just by the sounds of the cars. The old Ford flat head eight's had their own sound just as the Chevy 283's did. (hope I got that engine size right) I remember the big stir when Chevrolet unveiled their 1959 Chevys. What a huge space age change in design that was with it's big sweeping fins & equally sweeping dash. Back in those days we only had basically one small car dealership in the small village of Tavistock & it was a Chevrolet dealer.  Every autumn you could feel the excitement in the town’s air as the anticipated delivery of the new models was expected.  Sometimes the new car or maybe two if the dealer could fit a second one in his showroom were kept under wraps just to heighten everyone’s anticipation until the official day they were unveiled.  It was standing room only in the dealership as the town's people flooded in to see the new cars…..or car. I can still remember that level of excitement & anticipation to this very day. It was a magic time for a young teen-ager.  To see all the other makes & models of new cars for the year we had to drive the 10 miles to Stratford where the bigger dealerships were.  But it was the memory of walking into that small showroom in Tavistock’s southwest end early one September evening & seeing for the very first time that big beautiful ‘out of this world’ looking 1959 Chevy Impala that still sticks with me to this day.  The smell of new paint, those big elongated tail lights & splashy red interior.  And all that chrome.  And OMG those tail fins!!  And holy smokes look at that sweeping panoramic dash which just seemed to travel right round the whole interior.  And oh that new car smell inside……‘WOW’  Yes, it was a level of excitement I remember well & by golly I’ll bet if I had me a 1963 Ford Thunderbird like the Sommers family had that young teen in me would probably be right totally excited all over again:)) 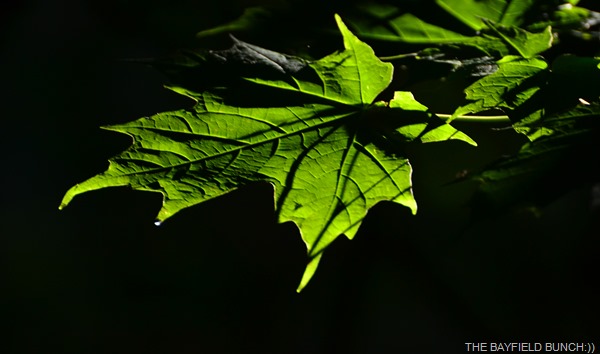 So far I am not having much luck with my photo album confusion but I did have a small break through today when I recalled years ago posting a couple photo albums to my blog using Live Writer.  Probably been about 5 years since I tried that & it seems it didn’t work or something at the time.  Anyway below is a short test album of random photos to see if it will work this time.  I’m hoping the slide show feature will kick in.  If not I’ll have to head back to the drawing board to see what I did wrong…………..again.

Kelly ventured off to Clinton this morning taking a box of old coins to an old coins appraisal event.  I couldn’t seem to get myself interested enough to go along.  When Kelly said she hoped there wouldn’t be any long line-ups to have old coins appraised that pretty well took care of any interest I might have had in the first place.  On her way home later she stopped into Elliot’s Liquidation Center to pick up a few things & was recognized by a fellow lady shopper as ‘Kelly’ from The Bayfield Bunch.  Cool:)) 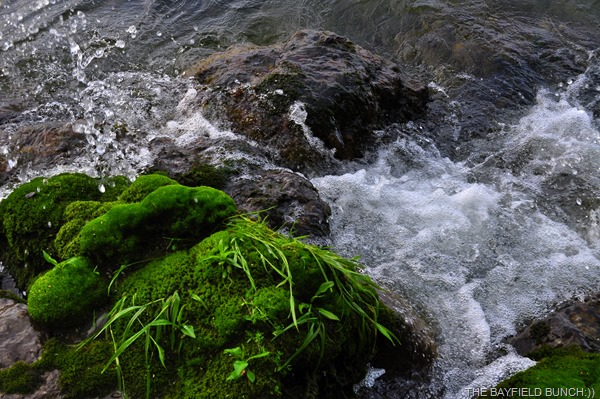 It has been well over a month now since I last accompanied Kelly & Pheebs on a morning walk.  It’s only 20 minutes around our pine trail but the last half dozen times I walked my legs felt like they had been on a 3 hour route march by the time we were home again.  Had to come in & sit down until that tiredness left my legs.  Have tried a few afternoon walks with Pheebs & it’s that same heavy stiffness which always brings us back early.  Most everything else seems to be working fine but it’s just that darn arthritis which seems to be wearing out my legs on me:((  Gotta get back to that dry Arizona air:)) 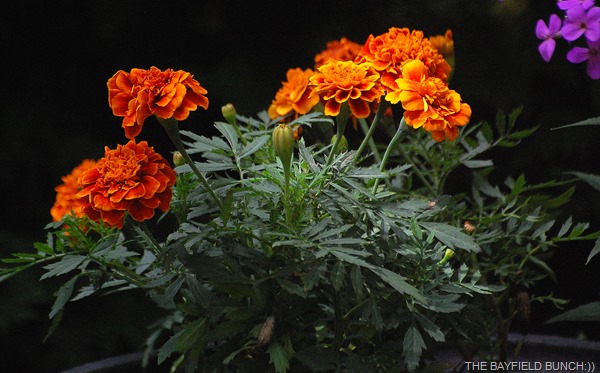 GROANER’S CORNER:(( And here’s a memo released to all Blackberry employees awhile back……………Due to budget constraints, the following policies are announced regarding employees traveling on official business. These policies are effective immediately:

Lodging:
All employees are encouraged to stay with relatives and friends while on business. If weather permits, public areas such as parks should be used as temporary lodging sites. Bus terminals, train stations and office lobbies may also provide shelter in periods of inclement weather.

Transportation:
Hitch-hiking is the preferred mode of travel, in lieu of commercial transport. Luminescent safety vests will be issued to all employees prior to their departure on such travel. Airline tickets will only be authorized in extreme circumstances and the lowest fares will be used. For example, if a meeting is scheduled in Seattle, but a lower fare can be obtained by traveling to Detroit, the travel to Detroit will be substituted for travel to Seattle.

Meals:
Expenditures for meals will be limited to an absolute minimum. It should be noted that certain grocery and specialty chains, such as Hickory Farms, General Nutrition Centers, and Costco Club stores often provide free samples of promotional items. Entire meals can be obtained in this manner.

Travelers should also become familiar with indigenous roots, berries, and other protein sources available at their destination. If restaurants must be utilized, travelers should utilize "all you can eat" salad bars. This is especially effective for employees traveling together - as one plate can be used to feed the entire group. Employees are also encouraged to bring their own food on official travel. Cans of tuna, Spam and Beefaroni can be consumed at your leisure without the unnecessary bother of heating or costly preparation.

Miscellaneous:
All employees are encouraged to devise innovative techniques in an effort to save our budget dollars. One enterprising individual has already suggested that money could be raised during airport layover period, which could be used to defray expenses. In support of this idea, red caps will be issued to all employees prior to their departure, so that they may earn tips by helping other travelers with their luggage. Small plastic roses and ball point pens will also be made available to employees so that sales may be made, as time permits.