SHE’S GETTING TO BE QUITE THE LITTLE SWAMP HOG

Cold clear night & the weather department issued frost warnings.  Never saw any evidence of that this morning but it sure was cool out when Pheebs & I headed off for a short drive & walk in the Hullett Marsh.  Advantage of cooler air is we didn't encounter any bugs despite hiking through some very swampy areas. 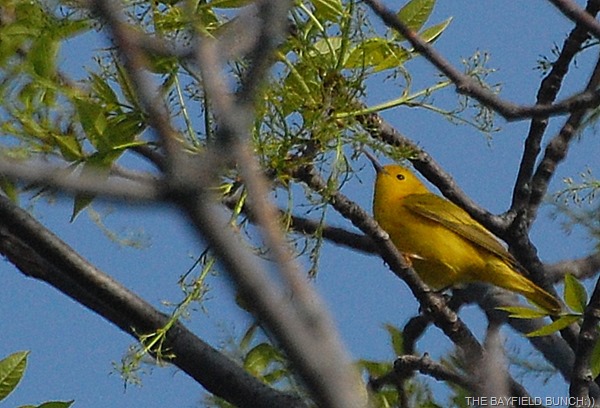 COULD THIS BE A YELLOW WARBLER 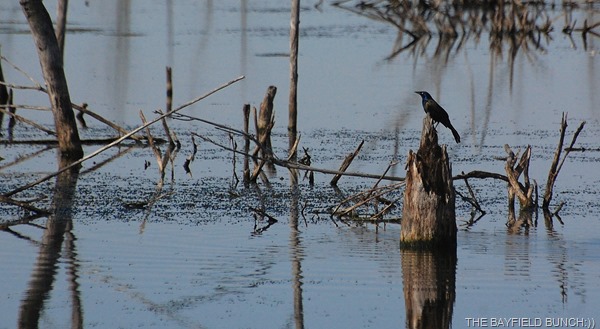 A SWAMP GRACKLE
Exiting the Jeep at a gravel parking area near a trail head I immediately heard a couple Killdeer making a big fuss & knew right away we must have pulled in very close to their nest.  I watched as one of the Killdeer tried to draw us away from the area with the old 'broken wing' trick.  I knew about that trick so I took the opportunity to grab a few photos of the Killdeer striking not only a defensive posture but an aggressive posture as well.   We didn't linger & quickly moved off leaving the Mother Killdeer to return to her nest in the nearby gravel somewhere. 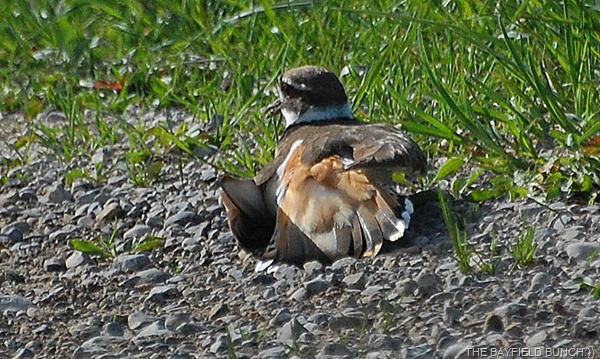 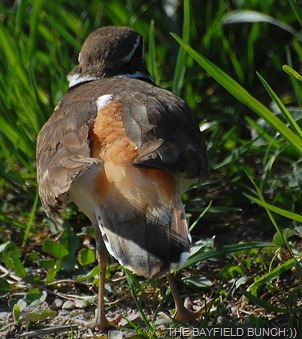 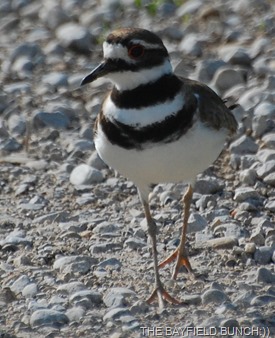 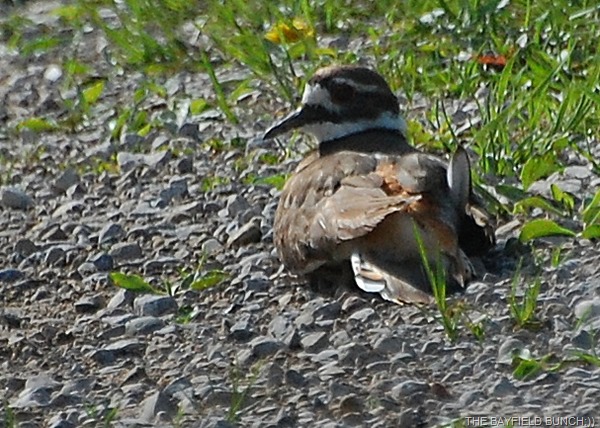 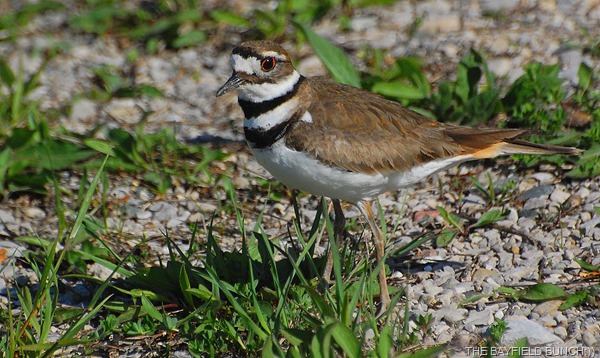 KEEPING A WARY EYE ON ME 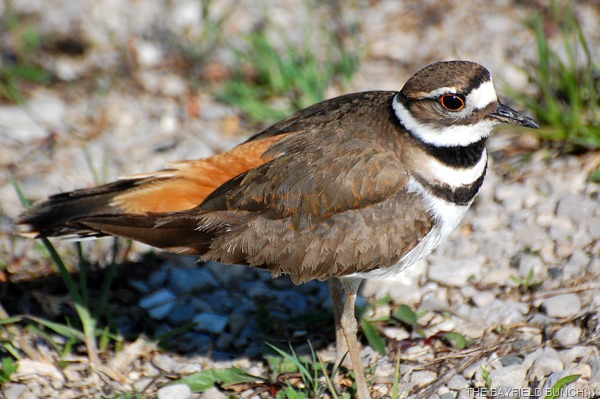 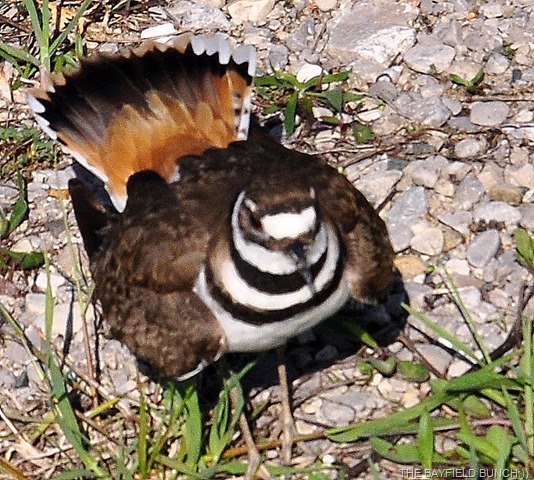 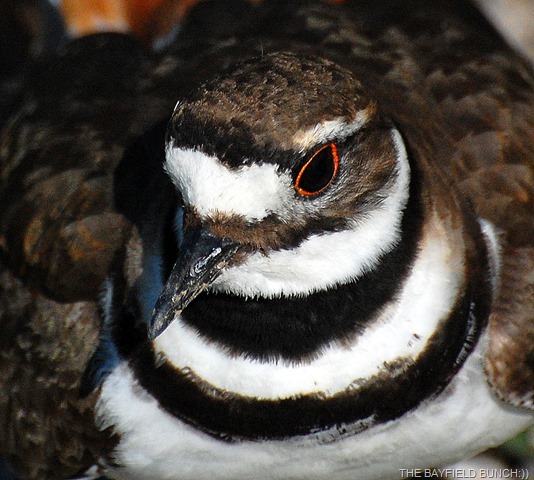 Pheebe seems to be getting a little braver around water & didn't hesitate splashing across some shallow channels.  Almost up to her belly in one muddy section so I had to walk her along the top of a grassy berm in an attempt to dry her fur out & flake the mud off.  Reaching the car I still had to dry off her legs & paws with an old towel.  That done, we were ready to go & Libby’s interior remained unscathed. 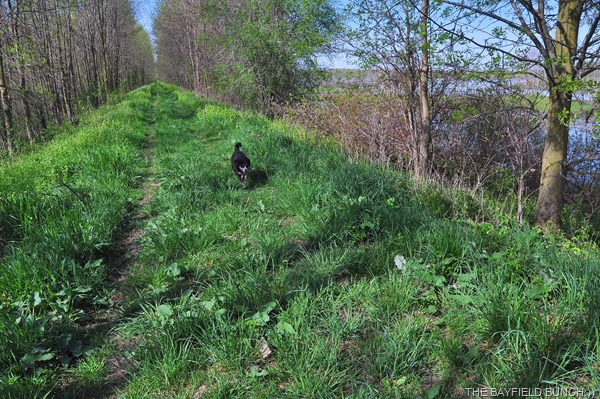 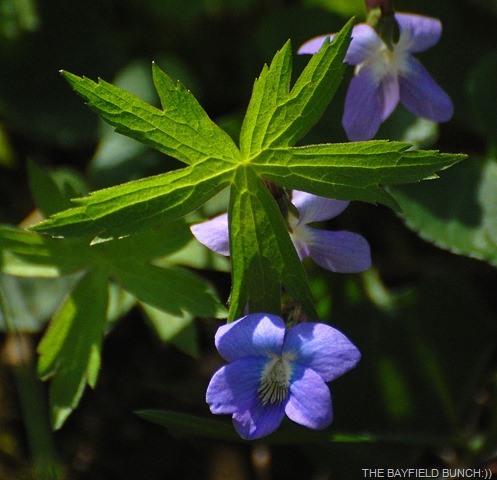 TINY VIOLETS ALONG THE TRAIL 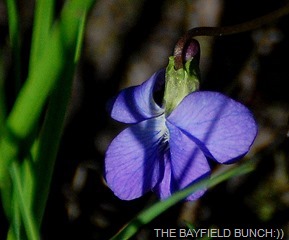 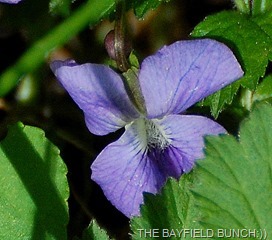 Pheebs & I were home again about 10:30 & I continued on with some of the yard work projects I had started the day before.  So nice to have this cooler sunny weather which is totally perfect for working around outside.  No sweaty stuff. 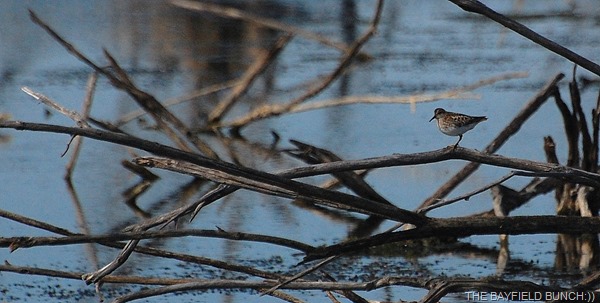 I HAVE NO IDEA WHAT THIS LITTLE SHORE BIRD IS 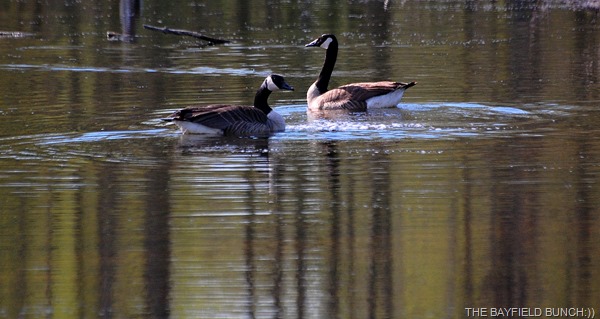 For any RV’ers in our area this week-end keep in mind Ron from Four Seasons Performance is having his annual big RV miscellaneous parts garage sale.  Summer Clear-out - tow bars, brake buddy, hitches, receivers, hydro cords, tons of stuff – CHEAP…..Blue Ox, Demco, etc.  Be there or be square:)) And by the way, you won’t meet a friendlier or helpful guy than Ron his very self. 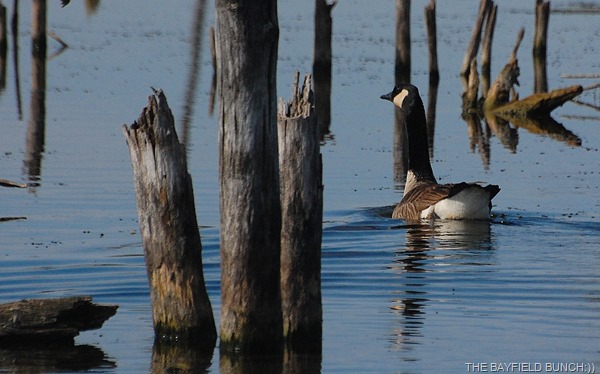 We had received an email Wednesday morning about our Jeep Wrangler from a fella in Sarnia Ontario.  Sounded very interested so Wednesday night he & his wife plus their Son drove up to have a look at it.  The Son already owns 2 Jeeps but it was his Dad who was wanting a Jeep for himself.  They saw right away our Jeep was in good shape so Father & Son took it for a drive & that sealed the deal.  We reached an agreement on the price & that was that.  They will be back Monday to pick it up.  Sad to see Jeepers go of course but happy to finally have the Jeep sale behind us.  Now, on to our next big decision…….. 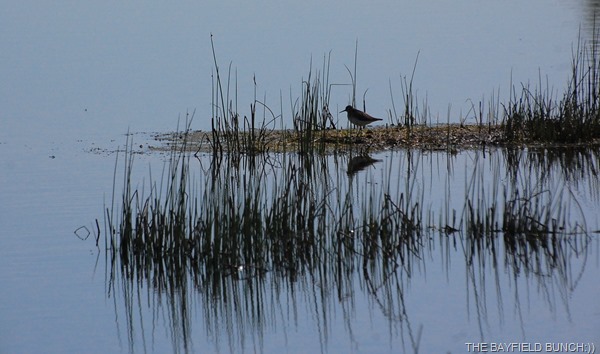 GROANER'S CORNER:(( An effusive client brought a litter of golden-retriever puppies to my veterinary clinic for inoculations and worming. She loved them so much, she couldn't keep from remarking about their cute habits.  As the look-alike pups squirmed over and under one another in their box, I realized it would be difficult to tell the treated ones from the rest. I turned on the water faucet, wet my fingers, and moistened each dog's head when I had finished.  After the fourth puppy, I noticed my hitherto talkative client had grown silent. As I sprinkled the last pup's head, the woman leaned forward and whispered, "I never realized they had to be baptized."

A veterinarian was feeling ill and went to see his doctor. The doctor asked him all the usual questions, about symptoms, how long had they been occurring, etc., when the veterinarian interrupted him, saying, "Hey look, I'm a vet - I don't need to ask my patients these kind of questions. I can tell what's wrong just by looking. Why can't you?"  The doctor nodded, looked him up and down, wrote out a prescription, and handed it to him and said, "There you are. Of course, if that doesn't work, we'll have to have you put down."