KIND OF IN A REFLECTIVE MOOD TODAY 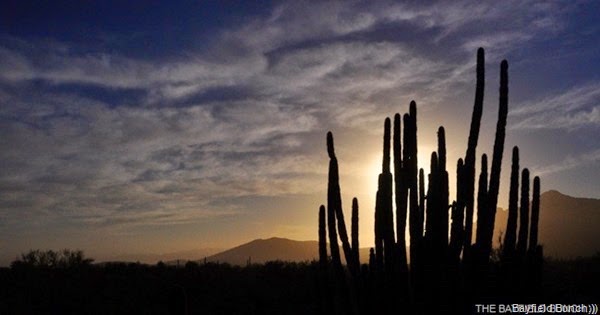 How nice to see a sky full of stars when Pheebs & I stepped out early this morning.  Started our day under sunny skies but by late morning we were again under a band of heavy dark clouds.  But no matter, I was anxious to take my new shovel (Big Red) for a test drive so it wasn’t long before we were tearing up the back yard.  Decided to start with an area beside our cement patio & make a wildflower garden.  After our rains of the past couple days I knew the ground would be perfect for digging & time was a wasting.  I was surprised by the fine quality of soil so figure wildflowers will do well.  Photos below show only the first phase of the flower garden.  I plan to extend it right around the patio.  Have also had it in the back of my mind for quite some time to put in a small shallow pond under the shade of the spreading Palo Verde tree in the pictures below.   Pond would have a pump & re-circulating waterfall.  Kind of a bird sanctuary place.  Maybe next winters project:)) 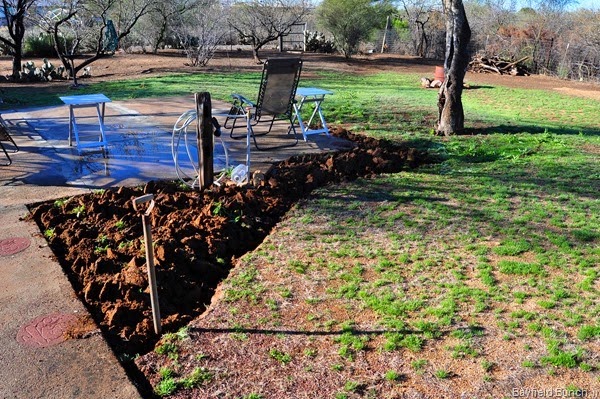 GETTING STARTED…GARDEN TOOL IN THE FOREGROUND IS MY ‘EDGER’ 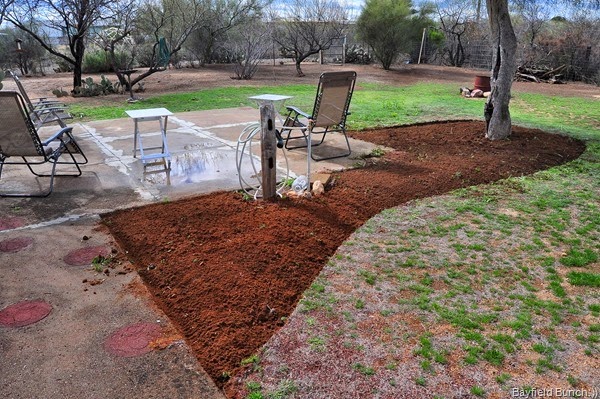 And by golly did you know Congress Arizona made Triple AAA’s magazine Highroads.  Short article is entitled, Quirky Congress & it’s got something to do with a frog:))

STARTED OUR DAY IN SUNSHINE, SPENT MOST OF IT UNDER CLOUDY SKIES & FINISHED IT UNDER MORE SUNSHINE 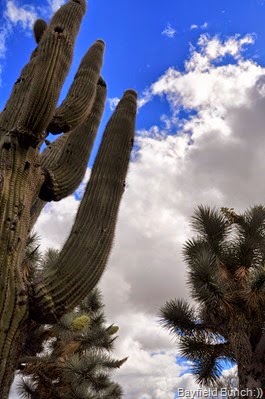 Years ago while ranch sitting near McNeil Arizona Kelly & I spent several months each winter over the course of 3 years taking in many sites & activities in Arizona’s Cochise county.  Some of our best memories are centered in that region & our time on the ranch will go down as some of the best times we have ever spent here in the great southwest.  Many of my archived posts cover those memorable days beginning with our first ranch sitting day February 5th 2009 The Bayfield Bunch Arrives At The Arizona Ranch to our last ranch sitting day on January 15th 2012 entitled Back To The Land Of Giant Saguaros. 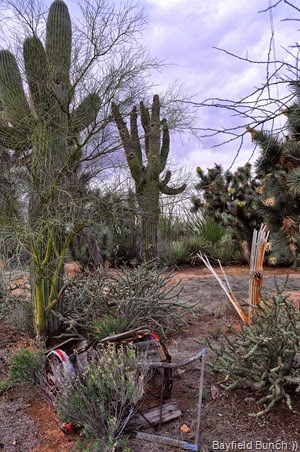 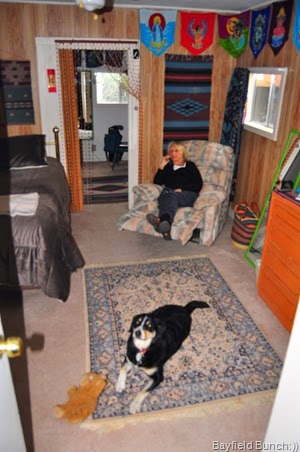 Looking back over a few of my blog posts from our ranch sitting days I felt a sense of happiness knowing that I have kept up my daily blog posts from those ranch sitting years & the years preceding that time & these years since that time.  My memory is such that I would have no recollection of probably 80% or more of our past 9 RVing years had I not recorded it all through words & photos right from day 1.  As yet I don’t look back often on my old posts but who knows, someday I just might & it’s a comforting thought to know I have the option of traveling back in time if I should ever decide to do so.  It’s all there nearly a decade in words & pictures.  When the day comes & all is said & done our life & times may remain floating somewhere forever in cyber space long after I’m gone.  And if I’ve accomplished nothing else in my life I will be content knowing something I have created & stuck with for a change will hopefully remain & maybe for a time be remembered………… 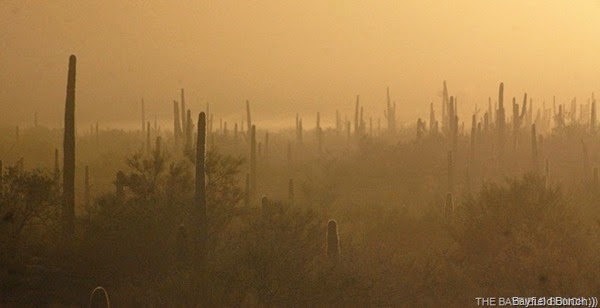 GROANER’S CORNER:(( This guy goes to the doctor and says, "Doc, I ache all over. Everywhere I touch it hurts."
The doctor says, "OK. Touch your elbow."  The guy touches his elbow and winces in genuine pain. The doctor, surprised, says "Touch your head."  The guy touches his head and jumps in agony. The doctor asks him to touch his knee and the same thing happens. Everywhere the guy touches he hurts like hell. The doctor is stumped and orders a complete examination with X-rays, etc. and tells the guy to come back in two days.
Two days later the guy comes back and the doctor says "We've found your problem."  "Oh yeah? What is it?"
"You've broken your finger!"

The patient who came to my radiology office for abdominal X-rays was already heavily sedated. But I still had to ask her a lot of questions, the last one being, "Ma'am, where is your pain right now?"
Through her medicated fog, she answered, "He's at work."