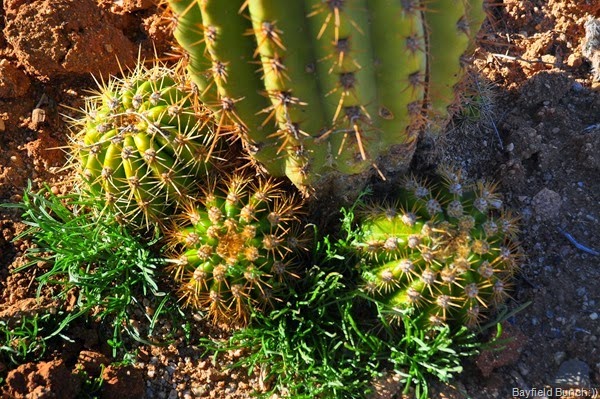 With our days rapidly warming I have to be out early if I’m wanting to get anything done outside.  By 10 a.m. it’s already too warm for this guy to be working around in our yard.  By noon our front porch thermometer was reading 80F in the shade. 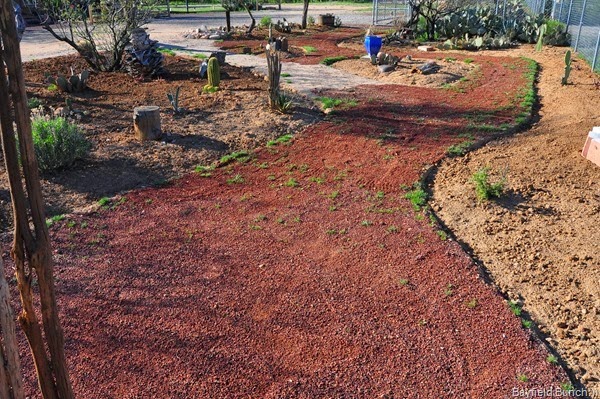 CRUSHED STONE ON THE PATHWAY 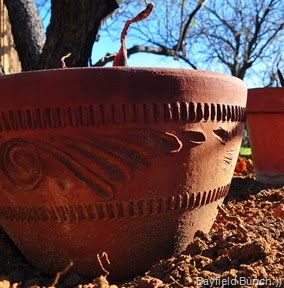 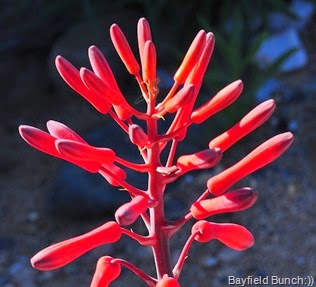 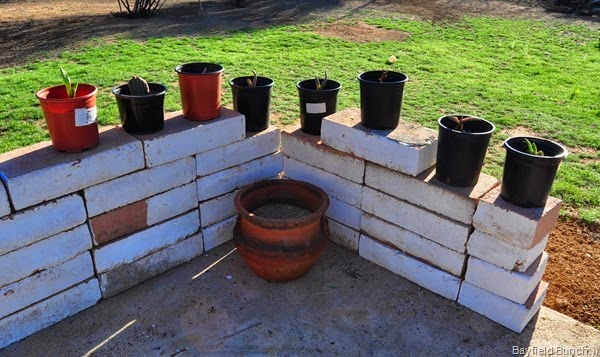 Took advantage of the cooler morning & by 9 had planted a couple nice potted Cactus plants that had pads on them looking like Mickey Mouse ears.  Scrounged up a length of old wire fencing which has been sitting in the corner of our property since we bought the place & fashioned a couple wire cages around the cactus.  Pegged the bottoms down in hopes of keeping our local gang of rabbits from digging under the wire while we’re gone for the summer.  Managed to do some watering this morning as well as spread a few wheelbarrow loads of crushed red rock gravel on a few of our front yard cactus garden paths. 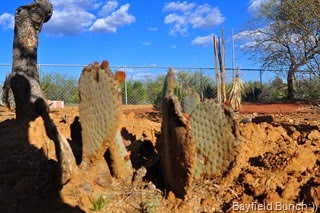 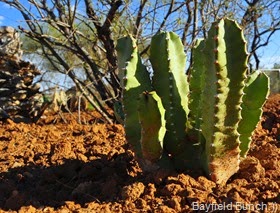 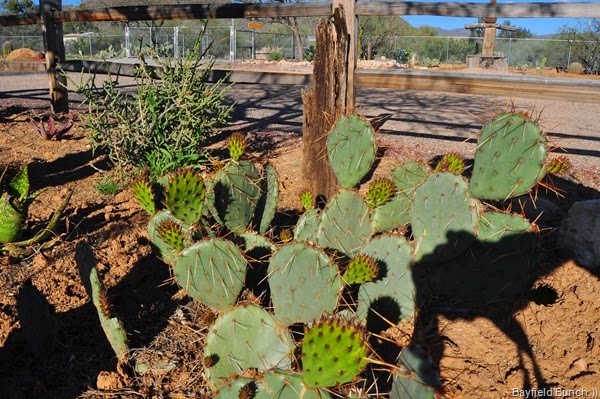 So nice on our front porch this afternoon with a slight gusting cool breeze playing through our two large Saguaro’s just feet away.  Writing this now I am sitting in a comfy recliner, have my Kindle on a table beside me, my computer on my lap, & an ice cold tall cran/raspberry drink on tap.  The air is alive with sounds of nature.  A couple Cactus Wrens chattering from a Mesquite tree to my right with half a dozen sparrows chirping happily away in a tall Ocotillo in front of me.  I can hear the plaintiff cry of Mourning Doves nearby along with our neighbor’s chickens.  Neighborhood dogs must all be well into their afternoon Siestas.  Now & again I hear the unmistakable whir of hummingbird wings.  Busy Bees are active as well as the sounds of buzzing flies going by.  Even managed to up & slap me a whining Mosquito sneaking up somewhere around my left ear. 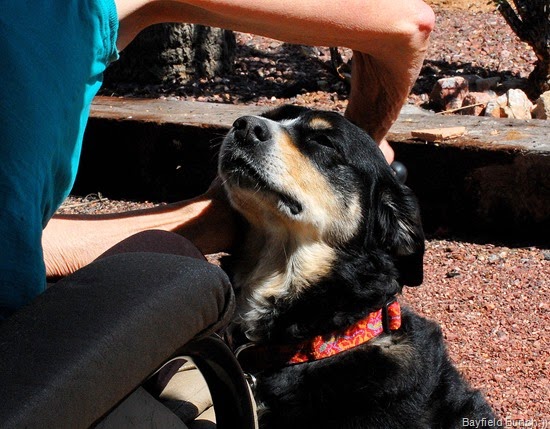 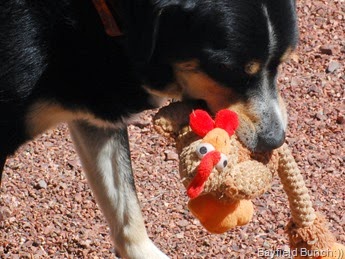 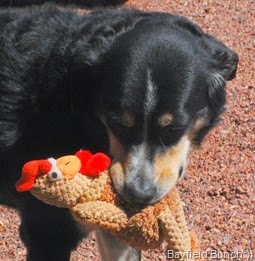 PHEEBS BROUGHT ‘SHUSTER THE ROOSTER’ OUT TO PLAY 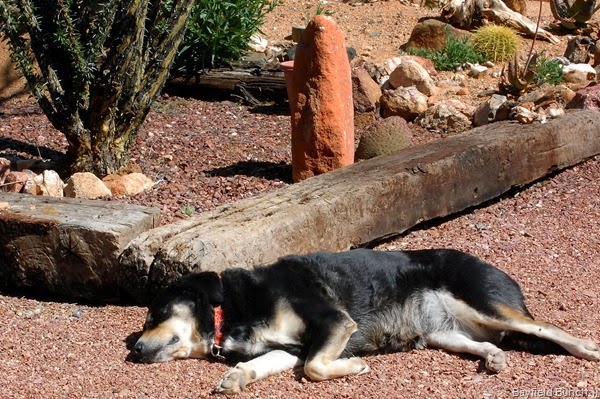 JUST RELAXING & SOAKING UP SOME SUN

Called Aunt Jean in Florida Sunday night & she’s kinda apprehensively excited about some changes coming up.  The nice condo complex where she has been living for over 20 years was once inhabited by older mature tenants but most of those folks have passed away or moved on & the building has filled up with younger Spanish speaking families with children.  Aunt Jean has decided the time for her to move has come so the hunt is on in earnest now for a newer quieter condo.  She has her eye on a 55+ community not far from her on Tippy Canoe Lake.  Already put a bid in on one place but it was too late & the condo unit was sold.  It’s a big decision & a big move for someone well up into their 80’s but Aunt Jean is just the person to pull it off.  She has a lot golfing friends standing by to help her with the move.  And speaking of golf Jean still hits the golf course every Tuesday for 18 holes & was pretty excited this week when she got two ‘birdies’ on the front nine.  Now that doesn’t mean she clobbered 2 little birds with her golf club of course.  In golfing terms it might be fair to say it’s second best to a ‘hole in one.’  Yep, lots of excitement going on down there in that Sarasota Florida place:)) 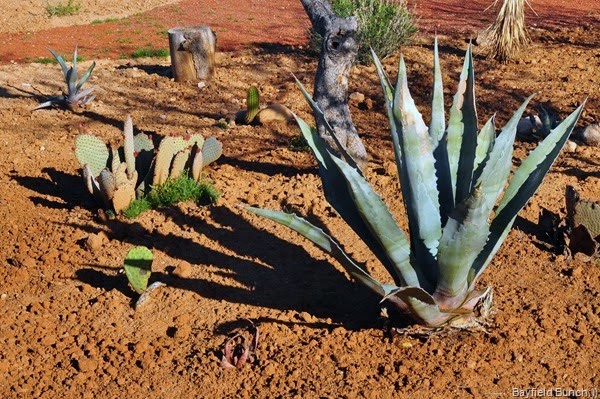 Had a startling few seconds of fear & confusement late this afternoon while out in the front yard taking a few photos for tonight’s post.  We have the sound of fighter jets high in the air out here in Congress 5 & 6 days a week.  As often as not when I hear them close overhead I look skyward trying to spot the planes.  There is always two of them.  Most times I cannot see them but today was for a few seconds frightfully different.  Heard the roar of jet engines coming in close so I turned & looked up.  Have you ever looked at something & it made no sense?  In a split second my eyes flashed a message to my brain, ‘something’s not right here.  I saw two objects very low & close together.  The wing configurations on what I was seeing instantly told me these 2 fighter jets were diving straight for the ground & what appeared to be straight for me.  But something still wasn’t right with what I was seeing.  I could still hear the roar of the jet engines but the planes did not seem to be getting instantly closer.  They were unexplainably hanging in the air as if not moving.  A split second later I saw a slow lateral movement to the left.  Jet aircraft do not move like that!!  Keep in mind this whole incident happened in the space of maybe 3 seconds.  I stood transfixed watching these two objects trying to make sense of what I’m seeing. Then another movement much higher in the sky behind the 2 object caught my eye.  Another half second & my eyes flashed another quick message to my brain & my brain instantly figured out what I was seeing……Turkey Vultures!!  Yep, a flock of 7 Turkey Vultures two of which were probably less than a hundred feet over my head & it was those two I associated with the coincidental roar of the jet engines.  It was a classic example of what my ears were hearing, my eyes were seeing, & my mind was struggling to make sense out of. 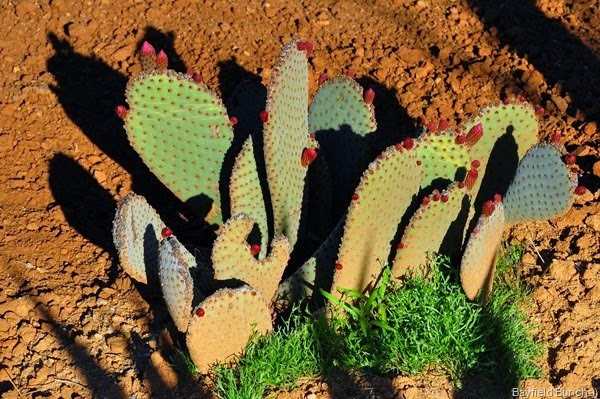 Darrell has an interesting & informative post up about his visit to The Reagan Library located in the Simi Valley of California.  In the building is President Reagan’s Air Force One.  Darrell makes the statement, “ It is much smaller inside than I anticipated.”  I remember thinking the exact same thing when I toured inside JFK’s early Air Force One (or was it the back up plane to Air Force One) at Tucson’s Davis-Monthan Air Base On January 1rst of 2007. 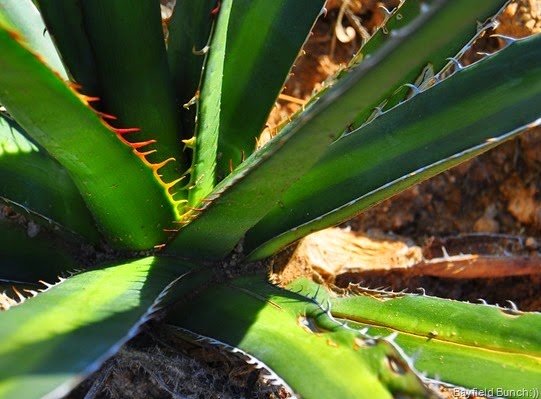 GROANER’S CORNER:(( Anyone who's ever ridden in a cab in Rome, Italy, knows they're some of the world's most brazen drivers. Oddly enough though, their current accident rate isn't all that bad.  I asked one of the drivers one day the reason for that.  "Easy," he said. "All the bad drivers are dead."