A NEW YARD PROJECT & PUTTING MY POST’S TOGETHER EACH DAY 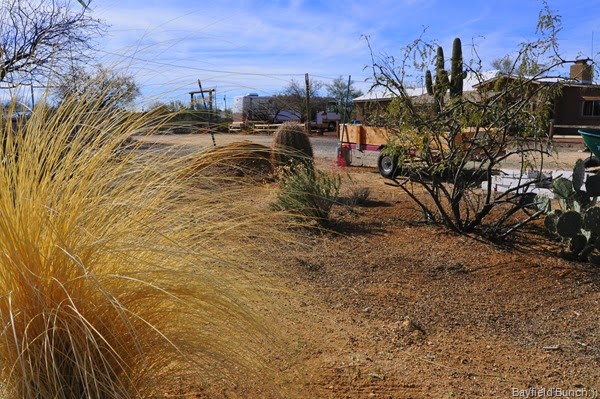 STARTED WORKING ON THE NORTHEAST SIDE OF OUR PROPERTY TODAY

After a couple relaxing days of doing mostly nothing I figured I had better get me into mostly a day of doing something so with that thought in my mind I decided it would be a good time to start working on the northeast corner of our property facing Ghost Town Road.  Southeast side with the paths is mostly done now so I really needed to get myself into another project before I dried up & the winds of boredom blew me away. 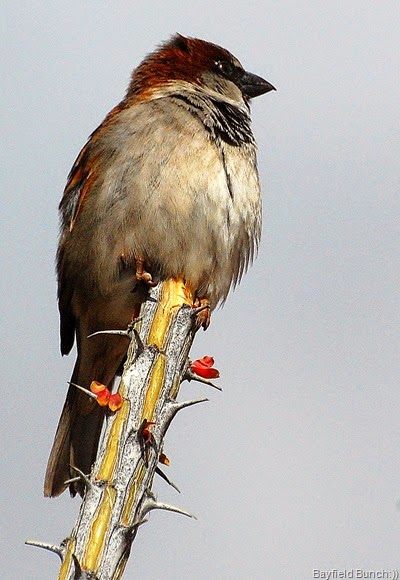 First came a clean-up so started out with a job I least like.  I try to avoid pull-start small gasoline engines of any kind but the only way to get the old dried & dead 6” grass out of the way was to fire up the weed whacker.  Been nearly a year since I had run it last.  Took about 473 pulls but finally got the noisy thing started & had me a go at the whipper snippering.  With that out of the way I next hauled in my leaf rake to rake up all the scattered grass plus stones & gravel on the ground.  Trimmed up a prickly Mesquite bush & by 11 I started with my shovel in the ground.  No idea what I am going to end up with in this corner of the property yet but I’m sure it will all come together as I go along.  This northeast corner is a different layout from the southeast corner so I will for sure do it differently.  No paths planned for this side.  Another reason to get rolling on this today is the soft workable earth left after our recent rains a few days ago.  The morning just turned out to be so beautiful for working outside with temps in the mid 60’s that I just wanted to be outside doing something.  It was noon when I first became aware of the first beads of sweat dropping off my brow so knew it was time to pack it in for the day.  Big chance of rain coming this Friday. 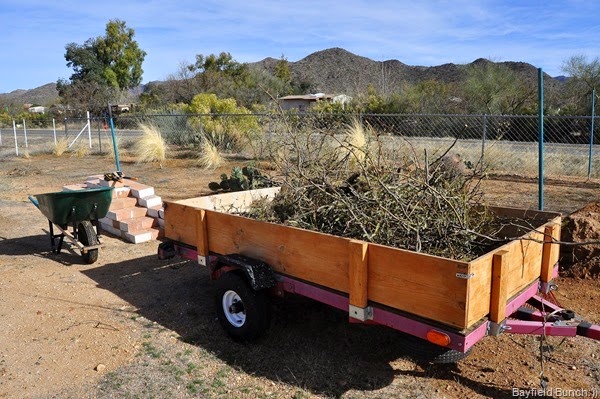 SURE GLAD WE HAVE A HANDY UTILITY TRAILER 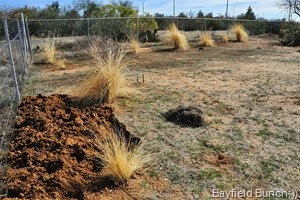 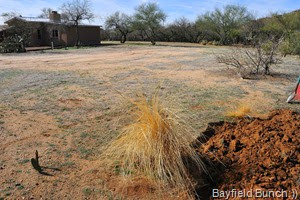 THESE TUFTS OF YELLOW DECORATIVE GRASS ARE FROM SARGE’S YARD 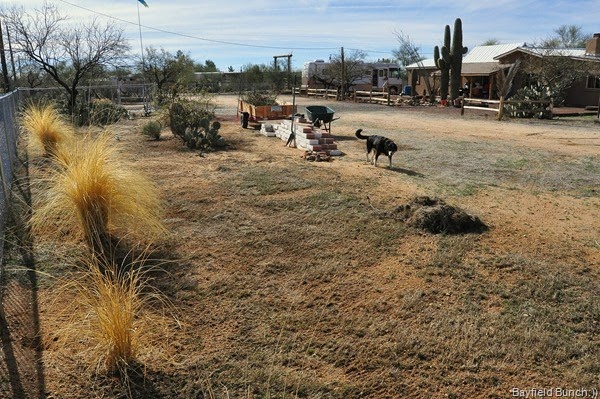 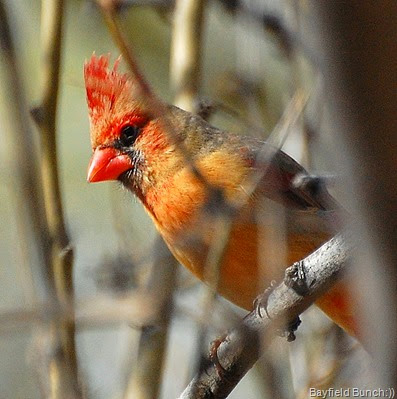 I’m not a big Facebook person but a few days ago I decided to change my profile photo since the one on there was from 2011.  Kelly had taken a photo of Judy & I at Blogger Fest 2015 so I cropped a head & shoulders for my small thumbnail profile pic.  ‘YIKES’ I had no idea it would show up that size on everybody’s Facebook page.  It was supposed to be just a small thumbnail for my profile picture.  Anyway, in that photo it appears I have a double set of sunglasses.  Retired Rod noticed that so here’s the skinny.  In the photo I am wearing transition glasses so they appear dark because of the sunlight.  On my hat are a larger regular pair of Cocoon sunglasses.  So what’s with that?  I have read & been told I will still need sunglasses for driving even with my transition glasses so before we left Congress I put my rather large sunglasses on my hat in case I needed them & where they wouldn’t get lost or bent in my pocket.  Well you know the old saying, ‘out of sight out of mind’.  I didn’t need them driving to Blogger-Fest & totally forgot they were even on my hat.  Wasn’t till we got home & I took my hat off that I remembered them.  So Rod, there ya go……the story of why 2 sets of sunglasses.  And to any Facebook readers…..sorry if my big mug photo traumatized you……I can assure you it was not intentional!! 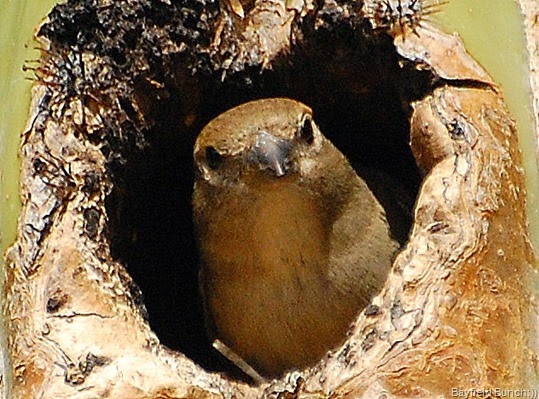 Ok I will try to keep this short……..How do I write my blog every day?  In my first 4 or 5 years of blogging I would begin writing my post for the day after supper each night.  I don’t do that anymore.  Over the past 4 years or so I quite often start my post first thing in the morning maybe an hour or two after I get up.  Depending on what topic I choose I may write a couple paragraphs before I even get dressed.  For the rest of the day depending on what’s happening & going on I might sit down at my keyboard & write a few more paragraphs.  I find it is easier this way to write my mind’s thoughts & memories as I go along.  For instance today I came around 10 for a break from my outside clean-up & wrote a paragraph about my yard project.  At noon when I came in I wrote another paragraph & find by doing it this way I am not sitting in my chair at night trying to recall what I did or didn’t do all day.  Sometimes a few lines or a thought will pop into my mind during the day & if I don’t quickly copy it down chances are very good I will never remember what it was I had thought about.  Doing it this way it’s not unusual for my entire post to sometimes be finished by early evening.  However I still have most of the day’s photos to edit so I occasionally try to edit some photos during the day as well.  Doing things this way saves me those late tiring & frustrating nights of years ago trying to put the whole post together all at once after supper.  That’s what happens when we are on the road traveling.  After a long tiring day of driving I still have my whole post to put together once we get stopped but yet it is still an enjoyable challenge for me despite my fits of impatience at slow internet connections at times.  Nevertheless It’s always a rewarding feeling at the end of each day to finally hit that ‘Publish’ button & put another long day’s post behind me………….:)) 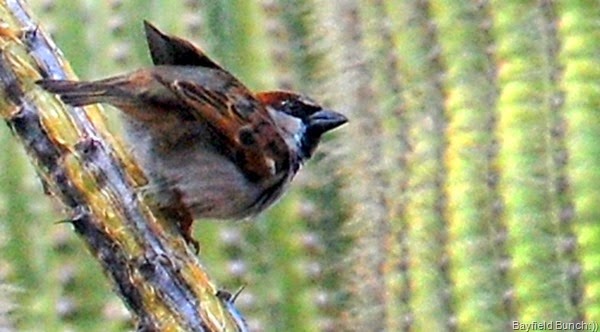 THIS LITTLE FELLOW IS ABOUT TO LAUNCH HIMSELF INTO THE AIR

Kelly was off to Wickenburg this morning to browse some of her favorite shops.  Just me & little Miss Molly Most Best holding down the fort.  She likes to help me dig sometimes. 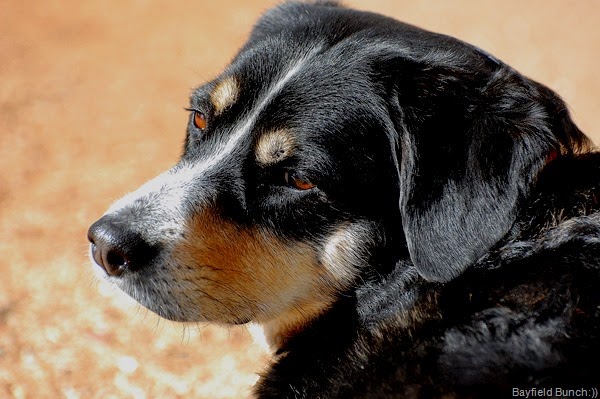 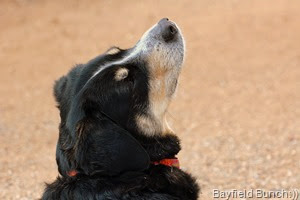 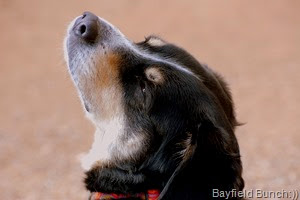 I have been monitoring California’s Mojave National Preserve weather & it looks like next Wednesday our present unstable weather pattern over this area will have moved out with daytime temps climbing into the low 70’s.  We just may head over that-a-way a week from today. 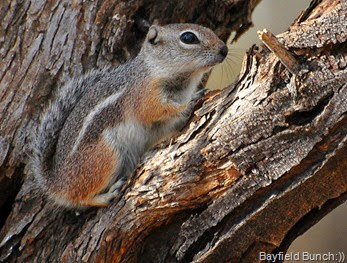 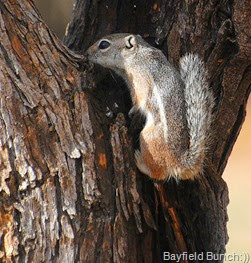 HEY HOW’S ABOUT LEAVING SOME SEEDS FOR THE BIRDS

Nina over at Wheeling It has just come out with her latest ‘go to’ guide entitled, Boondocking For Newbies Part 1 >> Finding Where To Go.  Fulltimers Nina & Paul have been on the road for a number of few years now & boondocking has been a mainstay for them.  They are well qualified to speak of the docking lifestyle.  I’d suggest any folks planning on a boondocking way of RVing whether Fulltimers, Snow Birds, or Week-Enders, catch Nina’s Part 1 of this series & follow through with Parts 2, 3, & 4 as she posts them shortly.  Lots of great info here for Dockers. 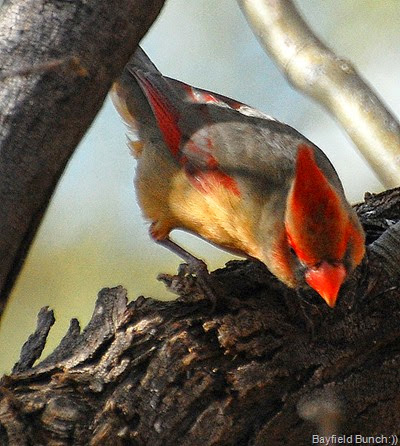 For you permanent resident southern folks who maybe have never seen snow or for Snow Birds missing their snow back home you might want to slip on up to Georgian Bay in Canada’s Ontario & have a look at the Furry Gnome’s post, A Calm Day On Georgian Bay.  He has some nice snow & ice photos & if you go to his following post, Boats On The Docks you can see what has to be done with boats during winter in this cold & frozen Great Lakes part of the country. 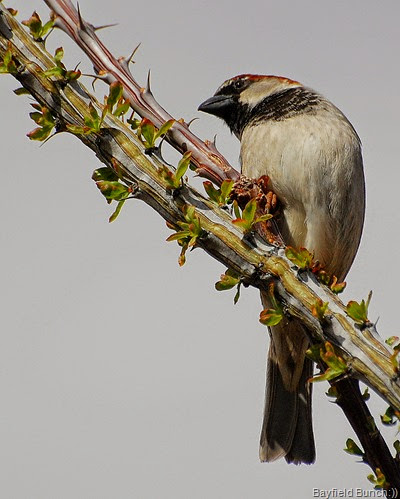 GROANER’S CORNER:(( There's a story about the military pilot calling for a priority landing because his single-engine jet fighter was running "rough."  Air Traffic Control told the fighter jock that he was number two behind a B-52 that had one engine shut down.  "Ah," the pilot remarked, "the dreaded seven-engine approach."