JUST WHEN WE THOUGHT WE HAD THINGS FIGURED OUT….STUFF CHANGED ON US AGAIN 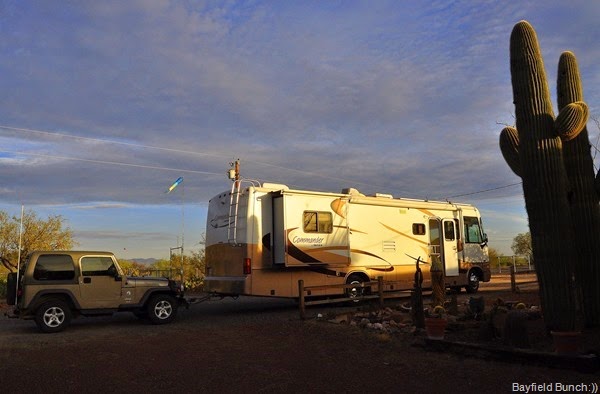 I was outside early again this morning digging in an extension to one end of the cactus bed I had finished Wednesday.  Good exercise for me & I’ve always liked playing in the dirt anyway.  Figure it’s a great way to start any day. 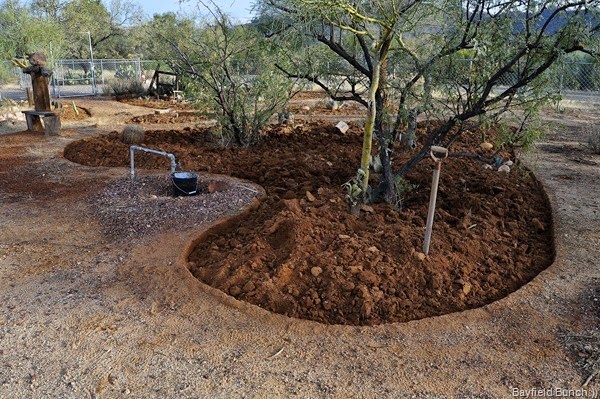 We were off to Wickenburg about 9 with our first stop being at the Optometrist to pick up my new glasses.  Oh-Oh….Problem!!  The right lens was tack sharp & crystal clear but the left lens was slightly blurry.  Either the prescription for my left lens was incorrect or the lens itself was made incorrectly.  I am currently wearing the new glasses because even with the left one slightly blurry they are a whole lot better than my old scratched up pair.  I was amazed at how much brighter & clearer my vision is now & I think I’m going to like these transition lenses.  However because of that blurry lens I have to go back to the optician next Thursday morning at 11:30 to have my left eye re-examined & that has now all of a sudden altered our travel plans for next week. 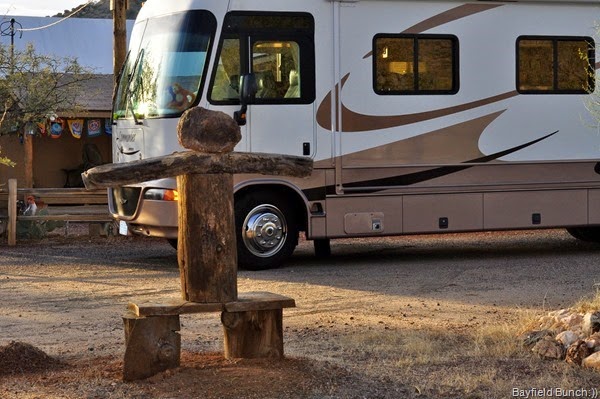 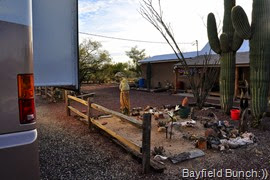 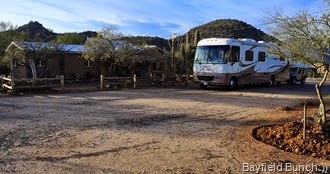 Hadn’t planned on going to Solar Mike’s until next Tuesday because of the possible storm headed this way but the weather forecast has changed somewhat so we figured we had better get this inverter in now rather than later.   We are leaving in the morning for Niland/Slab City California rain or no rain.  Weather is currently flip flopping but right now the forecast is saying Saturday will be a nice sunny day at the Slabs.  We might have to drive through some rain Friday going there though.  Forecast was also predicting the possibility of rain next Tuesday & Wednesday in that area so it’s probably just as well we’re getting this inverter thing done sooner.  With Christmas holidays coming up for people we didn’t want to put things off until the new year.  So here’s our latest plan……Off to the Slabs Friday to have our inverter re-installed Saturday morning.  From there we plan to spend the next 3 days either in Borrego Springs west of the Salton Sea or the Kofa Mountains south of Quartzsite.  Again this will all depend on weather.  We want to make sure our inverter system is working properly before heading back to Congress next Wednesday.  Plan to watch the ‘Corner Gas’ movie on CTV Wednesday night at home & Thursday morning we’ll be off to Wickenburg for my eye appointment.  Needless to say we have been doing a bit of unexpected scrambling this afternoon loading the rig & getting everything squared away for our departure probably sometime mid to late morning.  Although we won’t be away long I’ll still be a happy camper just to get into that driver’s seat & get those big wheels a rollin again.  Love driving that Triple E Motorhome:)) 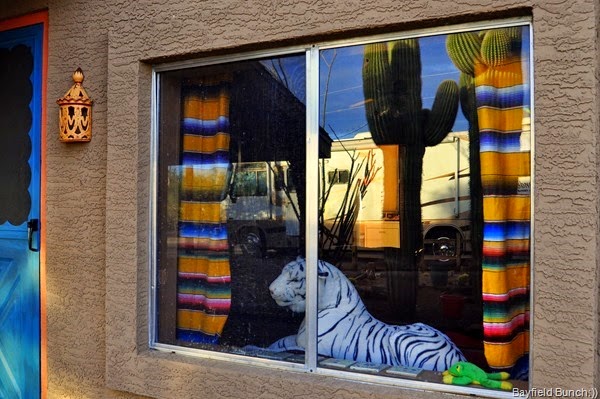 Finished my Kindle book entitled, ‘Unbroken’.  Four words come to mind….’man’s inhumanity to man’.  This is a well written book & it is the story of Louis Zamperini, a man imprisoned in a Japanese prisoner of war camp in the Second World War.  It is a story of courage, determination, resolve, & forgiveness.  This book by Laura Hillenbrand was 7 years in the making.  Unbroken……the movie is set to open Christmas Day. 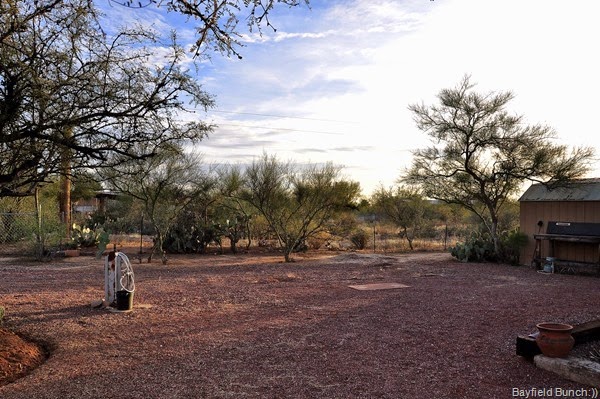 For my next read I am once again back into the mysteries of outer space, secretive governments, cover-ups, myths, magic, & the true realities of Unidentified Flying Objects.  This book by Robert Salas is entitled, Unidentified: The UFO Phenomenon. 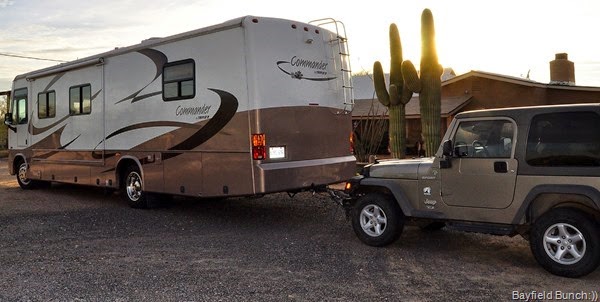 AT THE LINE & READY TO RUMBLE

GROANER’S CORNER:((  As the manager of our hospital's softball team, I was responsible for returning equipment to the proper owners at the end of the season. When I walked into the surgery department carrying a bat that belonged to one of the surgeons, I passed several patients and their families in a waiting area.  "Look, honey," one man said to his wife. "Here comes your anesthesiologist."

I went into Dairy Queen the other day and asked for a hot fudge sundae with extra hot fudge.  The clerk behind the counter replied, "Sorry. The hot fudge only comes in one temperature."