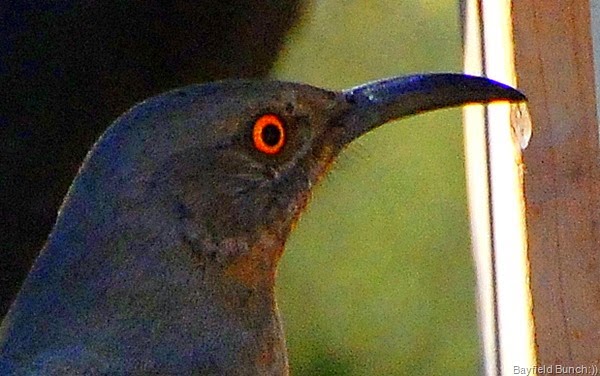 A heavy cloud cover rolled over us early Tuesday & has remained.  Light rains began Tuesday night & have hung around on & off for most of the day.  Temps in the low 60’s.  Water pooled in our yard giving me an indication of where the low spots are.  Not a good day for a walk with the Pheebs.

The upside of downside rainy days are indoor projects.  Not that we really had any but I did manage to fuss about with my camera gear for awhile plus rustle around through some boxes of odds & sods to see what had totally escaped my memory the past couple years.  Of course every time I saw something I instantly remembered it but had I not seen the item in the first place it would probably have remained out of my memory forever.  Now that is a long time to not remember something you already had forgotten……………….. 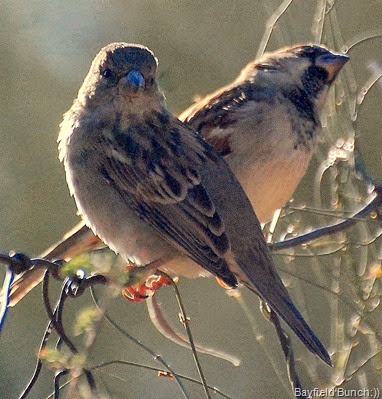 Bit of a mystery going on here.  Spencer’s best buddy Froggy is missing.  The same little green frog which used to ride around on the dash of the Jeep.  Same little green frog that has been lovingly clinging to Spencer’s neck for the past year or so.  I noticed him missing first thing this morning but nobody’s talking.  Spencer as well as Pheebs & Kelly have all been tight lipped about it.  I scoured the entire property this afternoon but Froggy has vanished without a trace.  Now I know the little green & yellow fellow did not hop off on his own accord so who or what has taken my wee buggy eyed amphibious little Pal I just don’t know?? 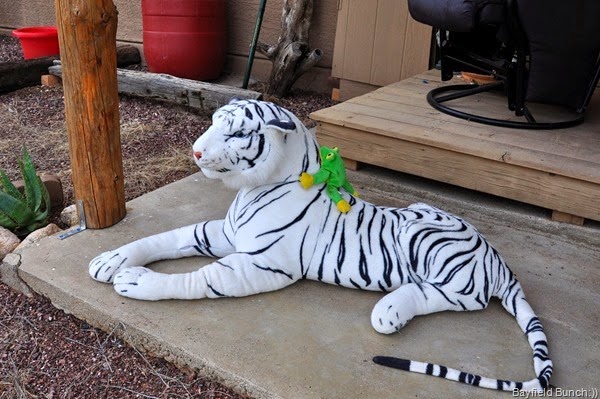 SPENCER & FROGGY JUST A MONTH AGO

Kelly’s been feeling better this week & today drove herself to Wickenburg & back.  Hit a few stores including the Wickenburg Medical Center. 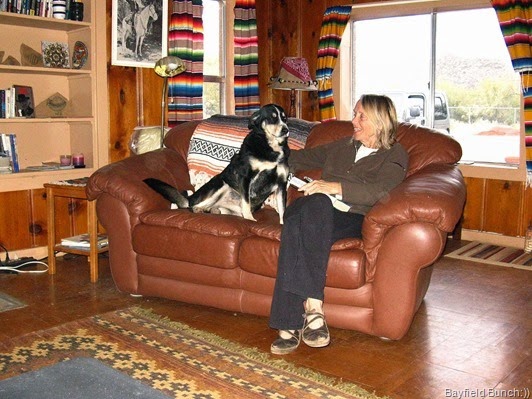 GROANER’S CORNER:(( Andy came to work one day, limping something awful. One of his co-workers noticed and asked what happened.  Andy replied, "Oh, nothing. It's just an old hockey injury that acts up once in a while."
"I never knew you played hockey."  "I don't," said Andy. "I hurt it last year when I lost $1,000 on the Stanley Cup playoffs and put my foot through the television."

A tired homemaker opened the front door of her home to find a young minister from the neighborhood who said, "I'm collecting donations for the new children's home we're building. I hope you'll give what you can."
"To be sure," said the beleaguered woman, "I'll give you two boys, two girls, or one of each."