WELL NOT YET ANYWAY BUT I’M WORKING ON IT

Each morning after our morning walk I am followed by a doggy shadow.  When I stop it bumps into me & when I open a door it goes through it faster than I do.  If I sit down in my recliner it's on my lap looking at me & if I sit in our computer chair I have a paw on my leg with two big eyes staring at me.  I'm talking about the Pheebs of course.  She's such a little smarty pants & I'm afraid I have spoiled her real good.  She's waiting for me to say 2 words of course & as soon as she hears 'let's go' she just gets herself all bonkers until we are outside & into the Jeep.  And so it was again this morning as we headed out to have us a look at a piece of property for sale. 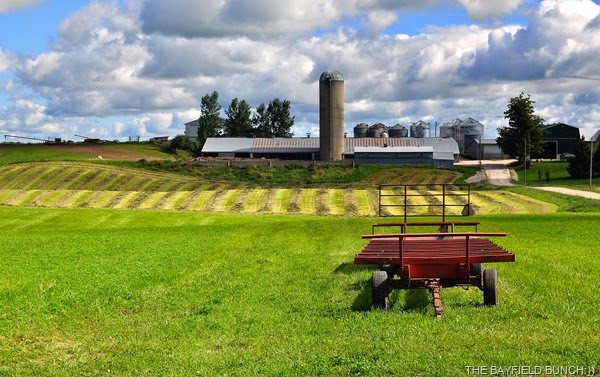 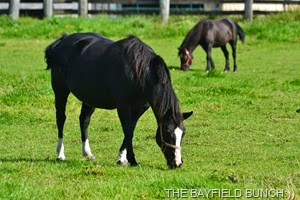 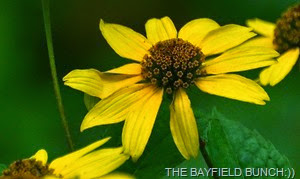 Although we have pretty much resigned ourselves to the fact we will probably not be moving any time soon from the place it is we are now very well at I still like to have a look at places for sale in our area.  Kelly had come across an on-line half acre property with a sizeable metal building on it north of Dungannon Ontario so for me & the Pheebster that was our destination this morning. 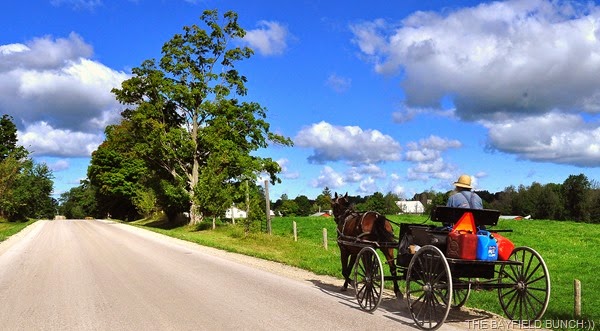 We of course took a long scenic route in heading up that way.  It was 52F when we got up this morning so we had the Jeep's heater on with the windows down again.  Big fluffy white clouds in the sky.  Just another great morning to be out & about in the countryside. 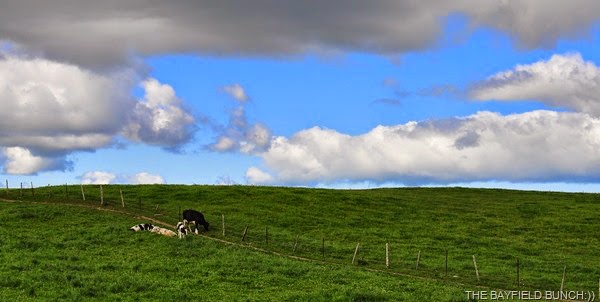 Finally made our way to the property & of course it was a big bust.  Close to a noisy highway, another house right beside it, another one across the road etc. etc.  But one never knows unless one looks & I don't think we will ever close the door on the chance of stumbling across another great & affordable deal somewhere nearby some day.  Kelly & I both like our little abode here but we just wish it was on a piece of property we ourselves owned at a location we ourselves preferred to be. 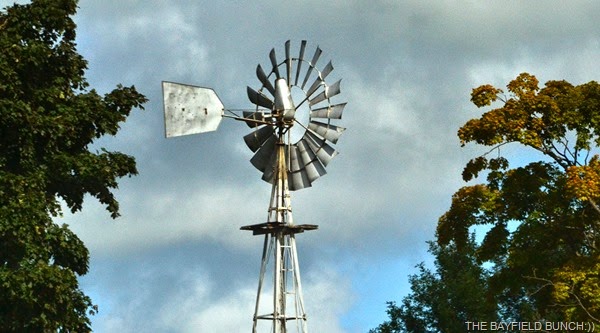 Seeing how we were in the neighborhood of the areas recent flourish of mushrooming wind turbines we headed down a few gravel roads to see how the progressive construction was coming along.  Things are booming to say the least.  I think if they get all these turbines spinning at once it’s going to create enough wind power to lift Huron county right off the ground.  We could be airborne at any time & headed out across the lake. 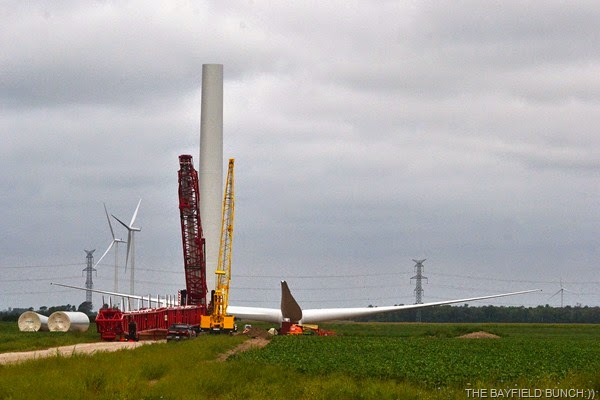 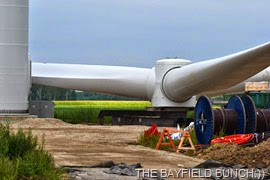 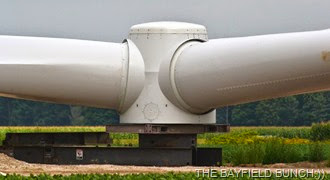 Stopped at the animal farm again so Pheebs could get out & see some of her Pals.  She always manages to garner herself lots of attention as she races along the fence line.  She was nose to nose with an Ostrich but I missed the shot. 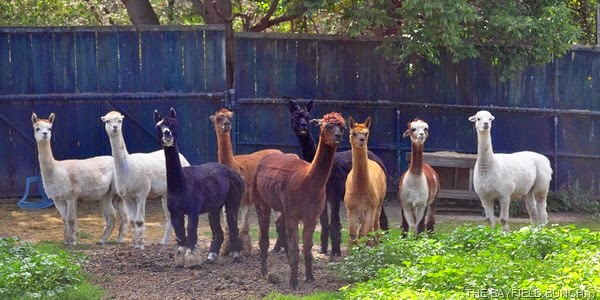 ALL EYES ARE ON THE PHEEBS 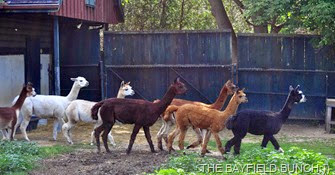 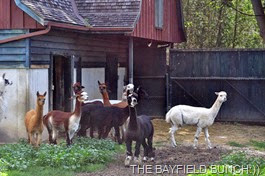 We were home again shortly after noon & I noticed the temperature on our outside thermometer was 64F.  Makes for nice bug free forest walks & that is always much appreciated by this guy.

Sure is depressing watching or reading worldly news every day & I wonder why it is I am drawn to it.  A habit developed over the years I suppose, a curiosity, a feeling of wanting to be informed.  My news source is television.  I haven't read newspapers for years & reading or watching news on my computer holds no interest for me.  It's just too comfortable for me to flip back in my recliner & habitually snap on the news channels.  Too many times I come away angry at what I see going on the world.  It leaves me at times with a hopeless feeling about the future of the human race.  I suppose the easy solution is to not watch the news but Is ignorance truly bliss because if it is I have certainly not found it to be so.  Well not yet anyway but I’m working on it…………

ARCHIVE MEMORY::  From June 2009 & I call this one the OOOOOPS factor.  Last summer a pine tree jumped out from behind another pine tree & OOOOOPSED off an open rear bin door. Two summer's ago while moving the rig forward our carport must have swung on it's cement post foundation & OOOOOPSED an open screen door into a twisted pretzel. Pulling out of a campsite in Silver City New Mexico one time I nearly OOOOOPSED a whole electric post right out of the ground with the driver's side of the motorhome. I have also pulled out & OOOOOPSED a couple of electrical cables. OOOOOPSED a rear hydraulic jack in 2008 near Alamogordo New Mexico when I dropped the rig down too hard on an over extended jack. OOOOOPSED both sides of the rig with some nice desert pin striping while motoring through Cholla shrubs in the desert looking for boondocking sites near Why Arizona. Two years ago we OOOOOPSED both dual wheels on the passenger side into a ditch in Lindsay Ontario while trying to make a tight right hand turn into a darkened parking lot late one night. OOOOOPSED our satellite dish in Quartzite Arizona by not anchoring it down properly & having a big north wind slam dunk it into the desert floor.  Did that same OOOOOPS again near Bouse Arizona back in 2012.  Had a couple black tank OOOOOP'S as well.  I'm sure if I were to think about it for a bit more I could probably come up with another handful of OOOOOP's & many more near miss OOOOOP's but it's not something I like to spend a lot of thinking time on……………..if you know what I mean!! 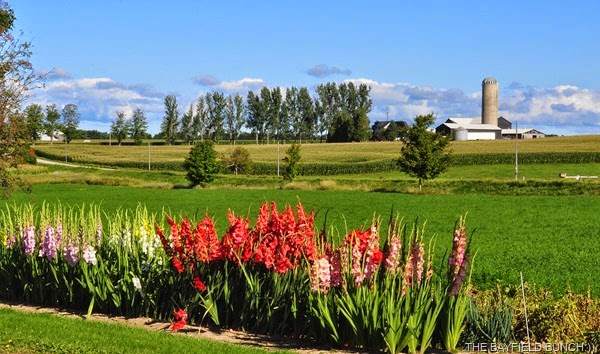 GROANER’S CORNER:(( A guy says to the bartender, "A glass of your finest Less, please."
"Less? Never heard of it."
"C'mon, sure you have."
"No, really, we don't stock it. What is it? Some kind of foreign beer?"
"I'm not sure. It was my doctor who mentioned it. He said I should drink Less."