STILL HANGING ON TO OUR SENSE OF ADVENTURE 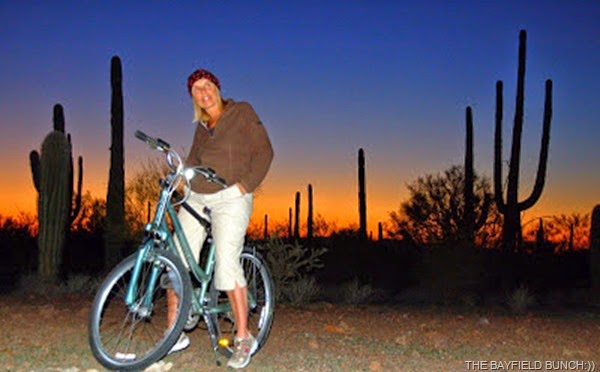 When our phone rang Thursday morning & call display told us it was Ron from FOUR SEASONS PERFORMANCE AUTO-MARINE-RV calling we both held our breath hoping it was the call we had been waiting the past 2 two & a half months for.  And it was.  Ron had a seriously interested buyer making an offer on our Winnebago.  With a short consultation we accepted the offer & that immediately eliminated our growing stress levels over the Winnie deal.  A big thanks to Ron down there in Grand Bend for putting in all the time & effort on selling our Class C rig.  And a big thanks for his cheery encouragement along the way:)) 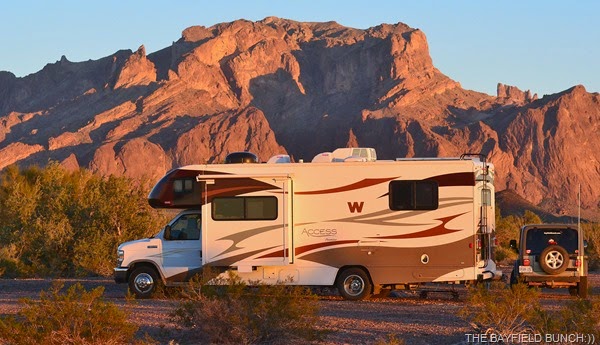 THANKS FOR THE MEMORIES WINNIE:))  KOFA MOUNTAINS ARIZONA - DECEMBER 2013
Now here's a bit of irony.  We bought our Triple E Commander from a soon to be retired Boeing 757 Fed-Ex pilot.  It seems the fellow who bought our Winnie Wagon is himself a retired airline pilot.  When Kelly hung up the phone I said to her, "well that takes care of the Winnebago stress & also the stress we had a week ago in buying the Sunfire & selling the Santa Fe, so what do you think we should take on for our next great dilemma".  Gotta keep that excitement factor going you know.  At this age & stage of life it is more important than ever to have something out there to keep reaching for..................... 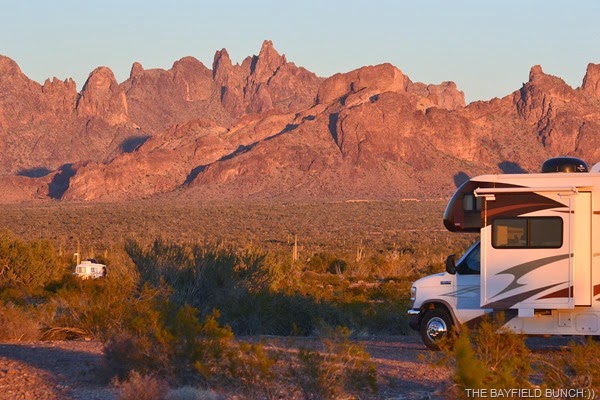 BY THE WAY, THAT’S RV SUE & THE CANINE CREW WAY OVER THAR TO THE LEFT
I can tell we are into the Dog Days of Summer.  Defined as, 'dog days - the sultry part of the summer, supposed to occur during the period that Sirius, the Dog Star, rises at the same time as the sun: now often reckoned from July 3 to August 11. a period marked by lethargy, inactivity, or indolence'.  Lethargy & inactivity I knew about & understood but had to go to the dictionary for indolence.  Yep, got that one too.  It means a feeling of laziness.  Of course all three are closely connected & also solid ingredients for depression as well & I struggle with that from time to time.  More so these last few years for some reason. 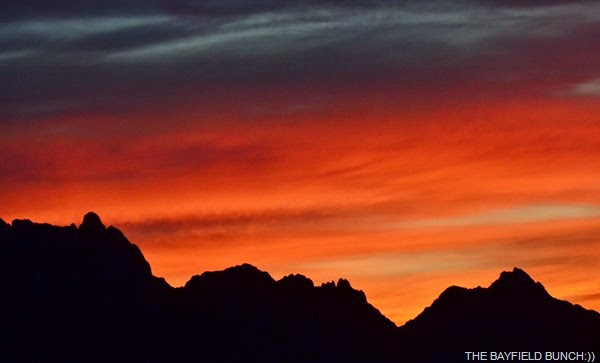 SURE WILL BE GLAD TO GET BACK TO THE SUNRISES & SUNSETS OF OUR BELOVED SOUTH-WEST AGAIN THIS WINTER:))

Randy from THE ROADRUNNER CHRONICLES has the second part of his 2 part post on his thoughts, reflections, & recollections about their past 5 years of fulltiming.  Again, a well written post  that I am sure every RV'er can identify with in one way or another. 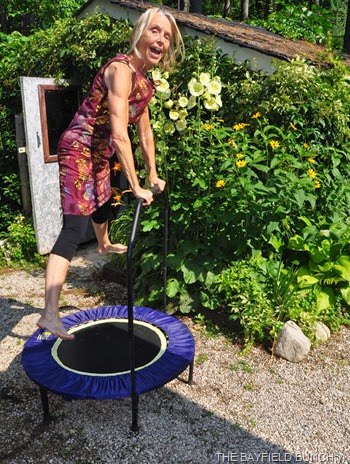 Rainy cool cloudy day here in our little section of the world.  I like cool but not so much rainy & cloudy.  I remember someone asking about the Squirrel proof birdfeeder a generous soul had anonymously sent us this past winter while in Arizona.  Fortunately we don't have a pesky Squirrel problem at our digs in Congress but we sure do here in Bayfield.  The birdfeeder lives up to it's reputation as being Squirrel proof alright but it takes the birds a little while after first hanging it up to figure out how to use it.  Kelly noticed Sue from THE MOHO AND OTHER TRAVELING TALES made mention on Facebook of our battles with the Squirrels each summer.  It is the larger black Squirrels we have the problems with most of the time & not the small red Squirrels or Chipmunks.  Wasn’t until I wrapped a metal stovepipe around the post that holds our flat wooden feeder station that the Squirrels could no longer climb the pole & gain access to the birdseed. 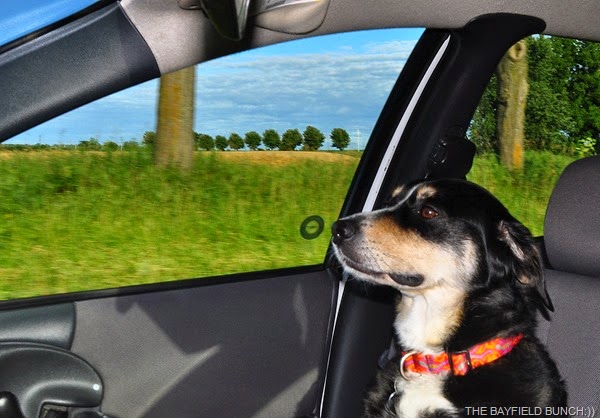 Sometimes I just seem to get myself into a sad reflective mood & often as not it is an old favorite piece of music that just seems to gently guide me there. It’s not a depression so much as a regression. A momentary return to an earlier time of my life. Memories of times & places, people & events. It’s an emotional sadness when I sometimes look back, sometimes ahead. Even sometimes when I am not looking in either direction I can still feel the sadness. It’s just there. It’s a part of my life that seems to have it's own rhythmic ebb & flow . I occasionally embrace the sad times & let them slow me down, bring my mind into focus & ground me in the subtle realities of life. It sharpens my sensitivity & I need that some days................................. 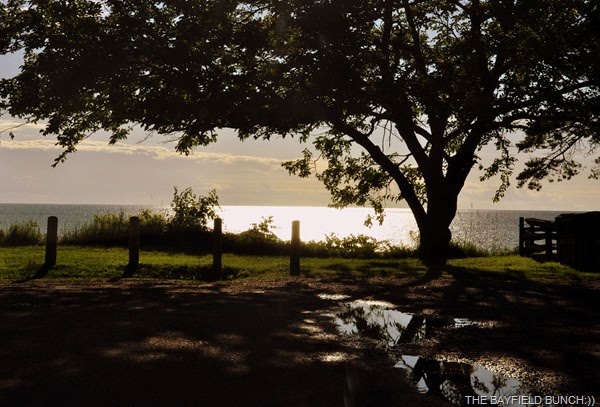 ARCHIVE MEMORY::  Wrote this paragraph back in October 2008 & it applies just as much today as it did then…………. I have thought about our 'sense of adventure' a lot over the years as we have traveled here & there to various locations in different States. How really fortunate Kelly & I are that we share the same interests & ideas about traveling & the RV lifestyle. We're convinced there must be some wayfaring explorers in both our pasts. Maybe a little gypsy blood & I'm sure I have some cowboy in me from somewhere long ago too. Was always fascinated with old western movies as a kid & always paid particular attention to the majestic scenery in the backgrounds. I think right from the first day Kelly & I met, we recognized those adventurous qualities in each other & from then to now our goals have mainly been the same. To freely travel wherever & whenever we could with no confining time limits.  To wander at our leisure with no hard & fast destination at the end of the day. To wake up in the mornings, step out of our RV & watch the sunrise creep over the mountains casting long saguaro cactus shadows across the desert floor. Listening to the Gila Woodpeckers & Cactus Wrens close by & the distant lonesome howl of Coyotes. No crowding, no human sounds, no pressure & no commitments. Stay for a couple of days, weeks, or a month if we liked. Hike & explore all the areas near by & take short day trips by car to other points of interest in the area. So many mountain trails to walk & so many canyons to venture into. The American Southwest is a fascinating place with all it's history & tales to tell. Beautiful scenery all day, every day.  We don't know how many years we have left to enjoy this Snow Bird way of life we have missed for so many years but while we still have our health & a couple extra dollars in our pocket we fully intend to make the most of it while we can..................... 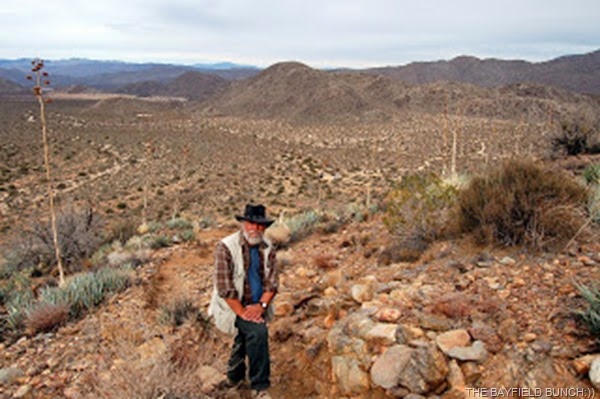 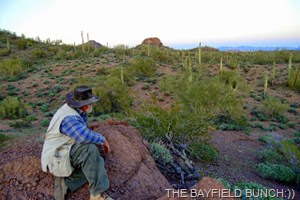 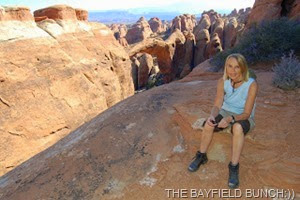 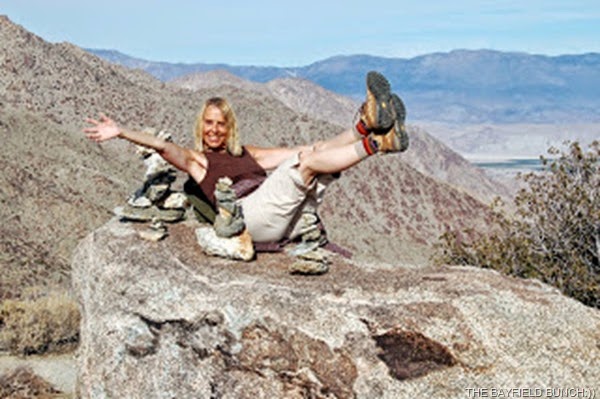 HIKING JUST SOUTH-WEST OF BORREGO SPRINGS CALIFORNIA
GROANER'S CORNER:(( Although he was a qualified meteorologist, a local broadcaster ran up a terrible record of forecasting for the TV news program. He became something of a local joke when a newspaper began keeping a record of his predictions and showed that he'd been wrong almost three hundred times in a single year.  That kind of notoriety was enough to get him fired.  He moved to another part of the country and applied for a similar job. One blank on the job application called for the reason for leaving his previous position.  In the blank he wrote quite honestly, "The climate didn't agree with me."