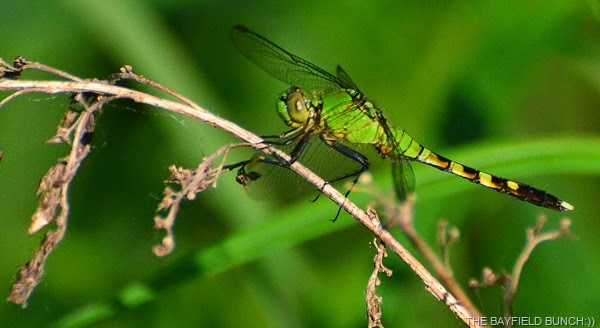 Pheebs & I slipped out for a little back road Jeep drive this morning.  Always nice to get out & enjoy the countryside on a fine sunny summer morning.  This cooler weather has re-energized my batteries & I spent some time this afternoon on the Big EEE's exterior finish.  What has been bothering me about the white finish all along is the splotchiness.  Some parts are shiny while other parts are dull.  I don't know if somebody tried to wax it one time or not but the white fiberglass finish is not uniform.  Reading various forums a month or so ago I noticed a lot of folks first used TSP (Trisodium Phosphate Powder) on their RV finishes to strip off road grime & all former waxes & polishes.  So with water bucket, hose & a mixture of of TSP & water I have begun to wash the rig down.  Even just using the TSP made it look better.  Once I have all the old waxes etc stripped off I will have to decide what kind of a finish to re-apply.  No easy decision with so many products on the market.  I did try some liquid Turtle wax on a small spot & that seemed to work not too bad but not sure that is the best route to go.   I have read that POLI GLOW is good & I know there is a dealer in Woodstock Ontario.  But my oh my what a big job this is. 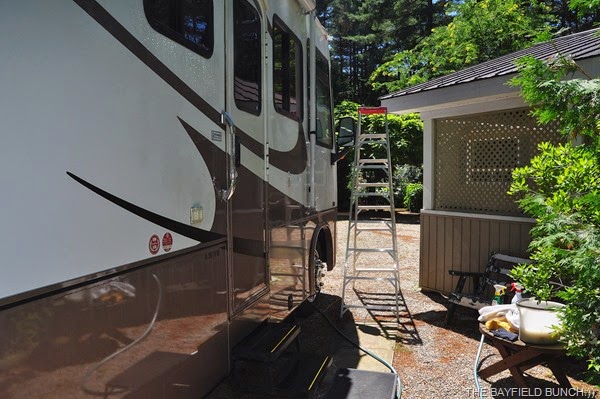 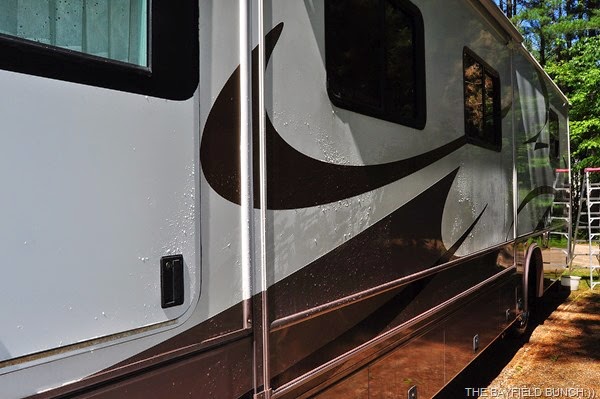 Two of the roof vents on the rig had a weathered gray look to them so I slipped up on the roof & put a first coat of white RV paint on them.  The lighter color is better for reflecting the sun's rays & heat.  Left the paint can on the roof for the second coat.  What do you think my chances are of remembering that paint can is up there before I drive the coach again.................. 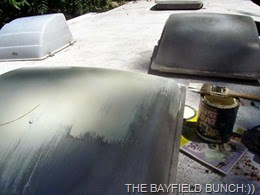 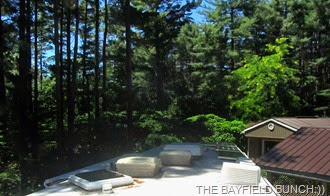 I know one of the greatest inventions of man has been the wheel but really, how far behind that great invention can be......'the recliner'.  With the recent spate of hot weather I have been spending increasing time in my recliner & loving every minute of it.  I don't know when the modern day recliner was invented but I'm sure if this was a hundred years ago I would probably be spending my time in a rocking chair.  A rocking chair has nothing on a recliner.  So impressed with recliners I am that I remember my very first one.  It was the early 70's & I was driving a big green Ford cab-over delivery truck for Bennett's Hardware in Vernon British Columbia.  Up to that point my only time spent in a recliner was to briefly sit in one on the display floor at the store.  That was until the day my swamper (helper) Frank & I had a brand spanking new leather recliner delivery for a customer.  We had a truck load of other merchandise to deliver as well but it was that recliner delivery which was to change my dreams of comfort for me.  Can't remember just where it was we delivered that recliner but what I do remember is the customer's old faded orangey yellow recliner which the new one was replacing.  It was worn & the mechanism had lost it's smoothness.   Customer said we could take it to the dump.  Soon as I heard that I knew I had just landed myself a recliner.  Of course I didn't tell the customer that.  Can you guess where our next unscheduled stop was??  Yep, my place.  Oh how I loved that old worn out recliner.  Spent many a relaxing hour tilted back at an odd angle reading many a fine book in that chair.  Remember sitting in it watching EVEL KNIEVEL on TV back in 1974 as he attempted to jump over the Snake River Canyon in his jet powered rocket one afternoon.  And by the way that was my very first colored television too that I was watching that jump on.  And where did I get that used color television??  Well it was the early 70's  & I was driving a big green Ford cab-over delivery truck for Bennett's Hardware in Vernon British Columbia………………..:)) 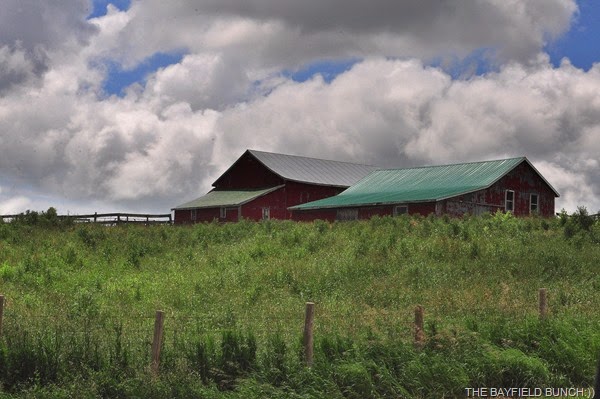 And a big thanks to my Aunt Jean in Sarasota Florida for a correction to my piece about Me & the Queen of England.  Seems I got my Prince's mixed up.  It was the Queen's husband Prince Philip she was traveling with back in the late 50's in Stratford Ontario & not the Prince of Whales.  The Prince Of Wales is actually the Queen's son Prince Charles.  Thanks Aunty:)) 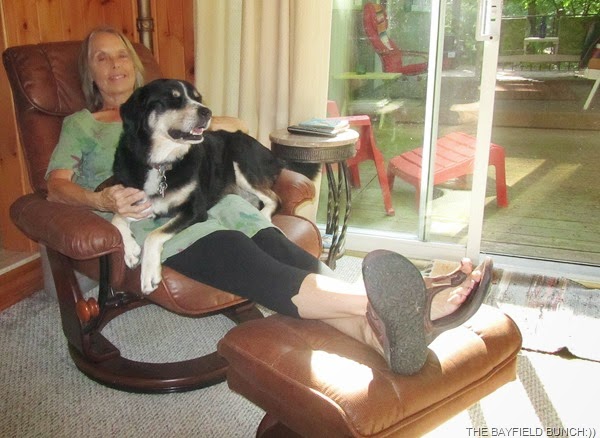 GROANER'S CORNER:((   The Senility prayer for those of us who are getting a little older:
God grant me the senility
to forget the people
I never liked anyway,
the good fortune
to run into the ones I do,
and the eyesight
to tell the difference.
Posted by Al Bossence at 7/04/2014