WITHIN A FEW DAYS WE WILL HAVE THE BIG EEE HEADED ACROSS THE BORDER:)) 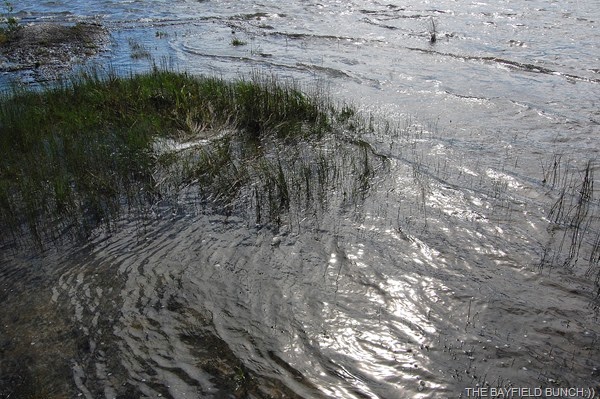 Methinks we will have the Big EEE rolling again in a few days & this time south of the border into New York State.  Will be heading for Spencerport NY for a few days then maybe a nearby State Park for a few more days on the way back.  Kelly's Sister & husband are at her Mother's for a few days so Kelly wants to slip down & see everybody.  She's not up to the usual long drive in her car so we'll take the Motorhome. 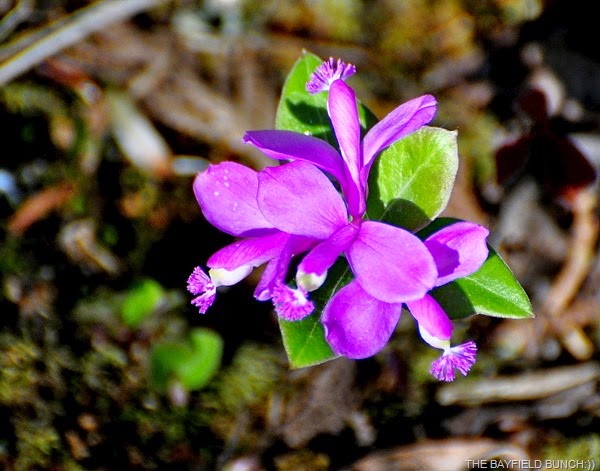 Cloudy day but Pheebs & I headed ourselves out for a ride in the Jeep anyway.  Picked us up a Tuna Sub at SUBWAY.  Decided to check out the wind turbine progress south of Bayfield.  The big windmills are creeping ever closer & before even leaving Bayfield I could see a wind turbine blade to the south stretching skyward.  Recently saw a map of future windmill locations & it looks like they will be right close in to our Park here to the east before too long.  I don't know where I stand on these things because who do you believe.  I do understand the need for cleaner power & better energy sources.  Pro wind turbine extremists will tell you they are good for one's health because of the kinetic energy they produce while extremists against the turbines will tell you they cause cancer to animals & humans living near them.  Two extreme radical viewpoints with lots of hooeygoop in between.   Who can be trusted to tell the truth.  My life's experience tells me when politics are involved no one is to be believed.   No wonder I have no interest in politics, politicians, or political views. 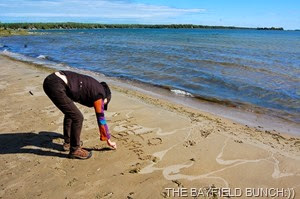 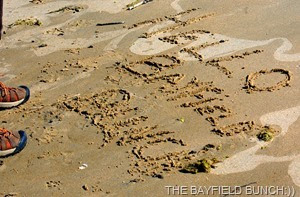 And speaking of extremists views, radicals, politics & hypocrisy some readers may be interested in seeing what Bad Nick has to say in his latest post entitled, THE BIBLE BUFFET.  Just as interesting as what Nick has to say are the many comments his readers have to say.  No doubt his post will stir up a lot of folks but that's what Bad Nick has a habit of doing.  I am sure there will always be folks out here in need of a good stirring up. 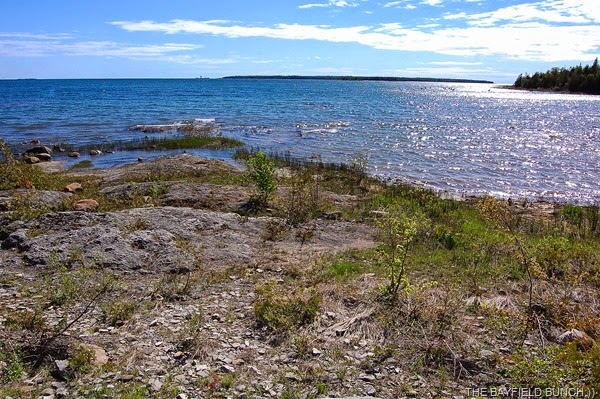 After reading fellow Blogger Steve’s post tonight entitled, MOVING SLOWER THAN PLANNED I left him in part the following comment which touches on several things he writes about in his post::::   Well Steve as you may or may not have noticed you & I have a lot in common with our thinking.  We post what we feel & we post what we think.  We hang our laundry out there for people to see.  Why do we do that?  Because it is the way we are & the types of personalities we have.  Real feelings, no glitz & glamor, no phony stuff, just every day ordinary honest thinking.  This makes people like us vulnerable to any one wanting to take a cheap shot at us.  There are always a lot of Egos looking for a chance to promote themselves........ I too reached a 'to blog or not to blog' point a long time ago after first starting out traveling.  I blogged about our travels for the winter then stopped the blog for the whole summer even though I still felt I had things to blog about.  But because we weren't traveling for the summer & my blog title said, 'Travel With The Bayfield Bunch' I figured it wasn't right.  I was wrong.  The following summer if I remember correctly I wrote more but not daily.  I think by the third summer I had resolved the 'travel blog' issue in my head & here I am still at it years later.  Do I sometimes think of changing the blogs name & taking the word travel out of it?  Ya sometimes but I will probably never do it.  I still try to center the majority of my posts around traveling.  And if it's not my traveling then I will often post links in my posts to other peoples travels.  I think the secret to being a daily or weekly Blogger is being creative.  Just writing in a straight reportive style  about what one does from the time they get up to the time they go to bed can get pretty old pretty fast for many readers.........If we were full timers I would no doubt be supportive of the lifestyle & extol all it's wonderful attributes of which of course it has many.  Having once seriously considered that very lifestyle & now years later sitting here in reflective hindsight I am quite satisfied with the way things turned out for us.  In the past I have posted about something we don't see much of here in RV land.  And that is the stories of full timers who didn't make it.  We only hear the happy stories not the sad ones.  I know people & I'm sure we all do who have gone the route of selling all their stuff including the house & setting out only to find out the full time RV lifestyle was not for them & they had made a huge mistake.  They are out here, we just don't hear about them because they simply do not want to talk about it.  I have blogged about the fact RVing does not go on forever & sooner or later everyone has to come in off the road.  Big shock for a lot of folks when they look at real estate prices for a nice cozy little place to settle down.  And wouldn’t it be nice to have some of those old keepsakes & carpentry tools back that were sold.   Trying to sell an old RV for enough to make a down payment on something can be quite a shock as well.   If your house is paid for & is in a good location why not hang onto it.  Don't like the cold weather location then just sell the house & move to an all season location.  Much easier for you American folks to do than we Canadian folks.  If there wasn't a border between our 2 countries we probably would have sold our place long ago & moved somewhere with a moderate climate year round.......Don't let the nay-sayers get you down Steve.  There is always going to be a lot of twisted jealousy & envy going on out here.................................... 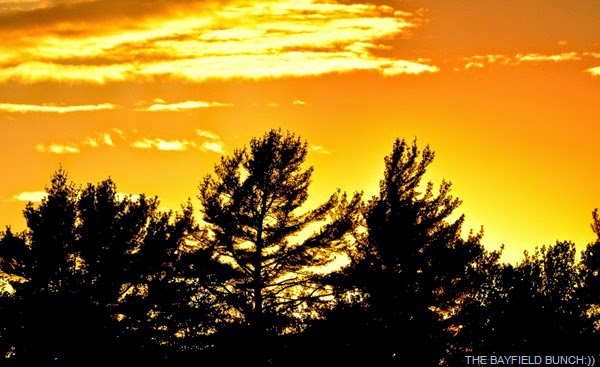 RE:  Saturday night’s, 'No Post Tonight'…………..I live in a real world so every day is not awesomely perfect.  I have always written my posts to reflect that reality as honestly as I can.  There are days when I just get down on myself a little too heavily & as a result I am not very communicative with anyone & that occasionally shows up by me not writing a post.  These bouts generally last a day or two before I can get myself back up to the point of at least communicating again.  And by the way it has nothing to do with that silly analogy of seeing a glass half full or half empty of anything.  Too many cutesy cure all phrases in this society & not enough common sense to understand them for what they really are.  Hallmark Cards has made millions with these things.  I think they got the idea from Chinese fortune cookies………………..10-4. 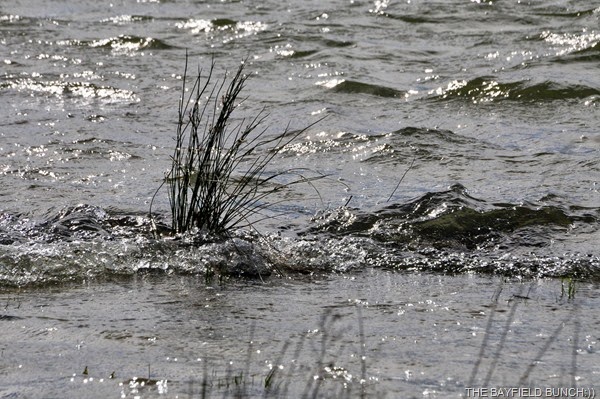 GROANER'S CORNER:((  Because I'm A Man::
- When I lock my keys in the car I will fiddle with a wire long after hypothermia has set in.
- When the car isn't running very well, I will pop the hood and stare at the engine as if I know what I'm looking at. If another man shows up, one of us will say to the other, "I used to be able to fix these things, but now with all these computers and everything, I wouldn't know where to start."
- When I catch a cold, I need someone to bring me soup and take care of me while I lie in bed and moan. You're a woman. You never get as sick as I do, so for you this isn't a problem.
- When one of our appliances stops working, I will insist on taking it apart, despite evidence that this will just cost me twice as much once the repair person gets here and has to put it back together.
- I must hold the television remote control in my hand while I watch TV. If the thing has been misplaced, I may miss a whole show looking for it (although one time I was able to survive by holding a calculator).
- There is no need to ask me what I'm thinking about. The answer is always either cars, beer, or football. I always have to make up something else when you ask, so just don't ask.
- You don't have to ask me if I liked the movie. Chances are, if you're crying at the end of it, I didn't.
- I think what you're wearing is fine. I thought what you were wearing five minutes ago was fine, too. Either pair of shoes is fine. With the belt or without it looks fine. Your hair is fine. You look fine. Can we just go now?
- I will share equally in the housework. You just do the laundry, the cooking, the gardening, the cleaning, the vacuuming, and the dishes, and I'll do the rest.