GOING AHEAD WITH THE CONCRETE PAD IN THE CARPORT & ‘ALFRED HITCHPOP’??

A fellow showed up this morning to have a look at & give us a price for pouring a 20 x 20’ concrete slab in our carport.  We are going to go ahead with that & I suspect they might get at that project in about 3 weeks.  Will be glad to see all that uneven dirt & gravel finally out of their.  Will be much easier to keep our storage area’s wooden floor cleaner. 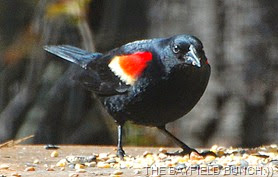 Despite the cool windy morning I kept myself busy raking pine needles out of flowerbeds.  Decided to re-locate some of our driveway’s pea stone so that had me also busy with my shovel & wheel barrow.  As long as one kept moving & wore something nylon to block the gusting winds it was Okay to be outside. 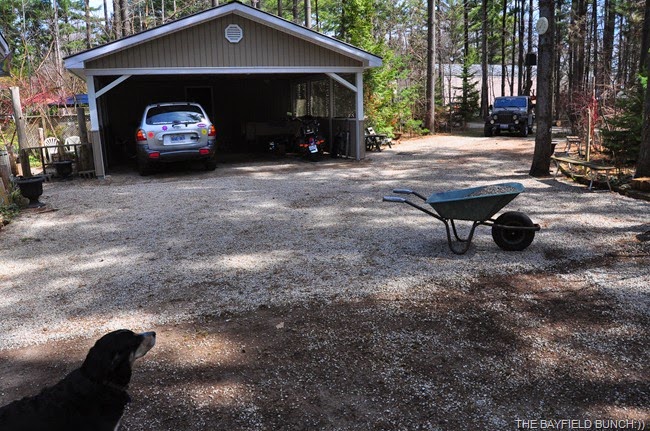 A sizeable chunk of the afternoon was spent dozing in my recliner.  All that fresh air work stuff sure has a habit of tiring me out sometimes.  But it’s a good kind of physical tired & I don’t mind that.  And of course the nice thing about those shallow dozes are the nifty little dreams that usually accompany them as the mind just kind of wanders off to la-la land for short periods of time.  Groovy:))

BUFFLEHEAD DUCKS TAKE TO THE AIR

Sue’s post from BIGDAWG AND FREEWAY* caught my attention this morning.  In it she talked about her early blogging days 6 years ago & wondering if anyone would read anything she had written.  I think we all have gone through that phase where we wondered if anyone would be interested enough to read our posts.  Leastways we all hoped friends & family would read our efforts but as many of us found out it was complete strangers who would eventually make up the bulk of our readers.  I didn’t have a lot of family left & the friends I had seemed uninterested in my musings which of course I thought was perfectly understandable given the fact I only wrote about things I was interested in & not so much about stuff they were interested in.  No, the bulk of readers would eventually come from perfect strangers with like minded interests & it would be those readers who in time would become our new friends. 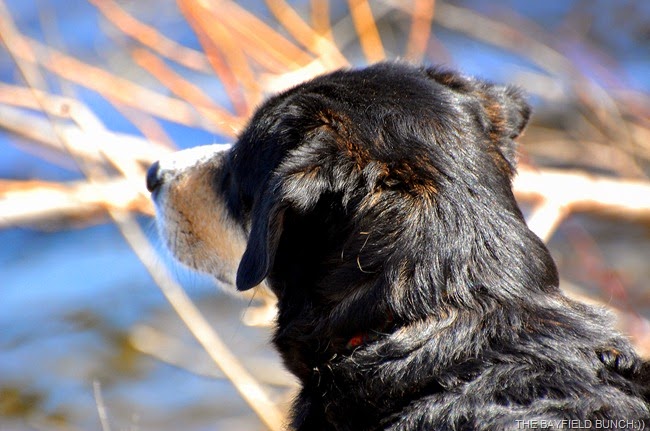 WATCHING THE BUFFLEHEADS TAKE OFF

I may be wrong here but it seemed harder for Bloggers to become noticed back in the time when many of us first started blogging.  I’m sure some folks probably just packed it in after awhile but a few of us kept on taping away on our keyboards & publishing our posts regardless.  Posts of course that just seemingly went flying off into the far outer reaches of space where they were immediately swallowed up by the great vacuum of nothingness.  I can still go back & randomly pick a post I wrote in those early few years & there will be no comments.  None, zero, zilch.  Sometimes 1 or maybe 2 & OMG every once in a long while maybe even 3.  And from perfect strangers.   I saw that as a huge accomplishment back then & it was enough to spur me on to write more. 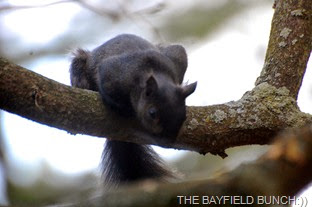 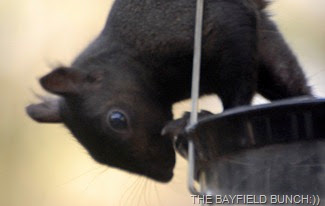 I think Blog recognition is a bit easier to come by nowadays since more & more RV folks have dusted off their closet writing skills.  User friendly platforms like Blogger & Live Writer have made things much easier than years ago as well allowing people to be creative not only with the written word but their creative artsy skills & ideas in putting their blogsites together.  As frustrating as that can be at times it is all part of that great feeling one has when it finally all comes together in the shape of a successful & good looking Blog. Because more & more people are writing, ‘blog recognition’ has become much easier to attain over the years as well.  And there are some sure fire ways to do that.  My blogging experience tells me one of the best ways to get your blog efforts recognized quickly is to read as many RV blogs as you can & leave as many comments on those blogs you can.  It won’t take long for your name to be recognized & remembered around the RV circles & you will soon see fellow RV Bloggers responding to your site.  From there it is up to you to keep those folks interested enough in coming back.  But that’s a whole other blog post in itself of course…………… 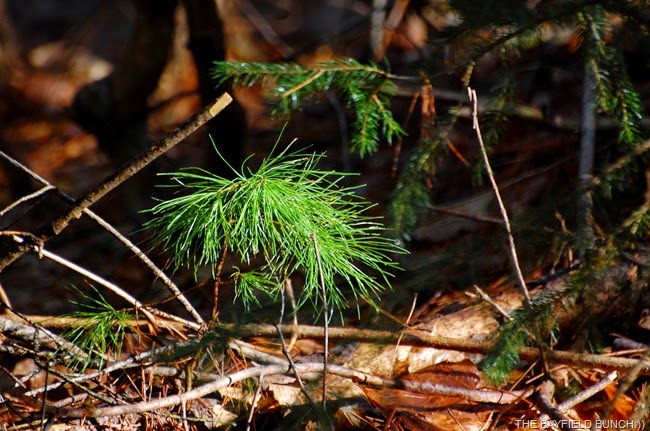 A TINY PINE TREE HAS SURVIVED THE WEIGHT OF WINTER SNOWS

And speaking of new Bloggers……… While reading Sue’s Bigdawg & Freeway post this morning I noticed she had a link for another RV Blogger couple just in the throes of starting out on their new full time RV future.  As I read the link’s post I noticed they had a nice looking Class A Motorhome.  Little did I know Kelly & I had already been in that very same Motorhome several times.  Reading further I noticed they were calling their rig, Scoopy.  Now that rang a distant bell somewhere but I just couldn’t pull it together as to where I had heard that name before.  I few lines later the distant bell gave a loud & clear ‘clang’ as the names Laurie & Odel were mentioned.  OMG, these are the very same folks who bought Laurie & Odel’s rig a year or so ago.  Their names are Steven & Linda  & their blog is called, THE CHOUTERS.  I backtracked a few posts to see who these folks were & came up with their post entitled, A (not so) Brief History.  Anyone creatively clever enough to name their pop up tent trailer ‘Alfred Hitchpop’ deserves a further looky see I’d say.  I have popped them on my sidebar:))

GROANER’S CORNER:((  "Hello Mrs. Miller," said the bearded guy behind the counter at the bagel shop.  My husband and I looked at him but drew complete blanks. "I'm sorry, do we know each other?" I asked. "Yeah, you was my English teacher."
Leaning over, my husband whispered, "Good job, Honey, good job."

For some reason, the bookstore clerk couldn't get the computer to recognize my preferred customer card. Peering over her shoulder at the screen, I said, "There's part of the problem. It shows my birth date as 12/30/1899."
"That's right," my husband chimed in. "She was born in June, not December."

Matt was on vacation in Atlantic City, playing the slot machines. It was his first time in a casino, and wasn't sure how the machines operated. "Excuse me," he said to a casino employee. "How does this work?"  The worker showed him how to insert a bill, hit the spin button, and operate the release handle. "And where does the money come out?" asked Matt. "Usually at the ATM."