POSSIBLY OUR MOST VISITING DAY OF EVER:)) 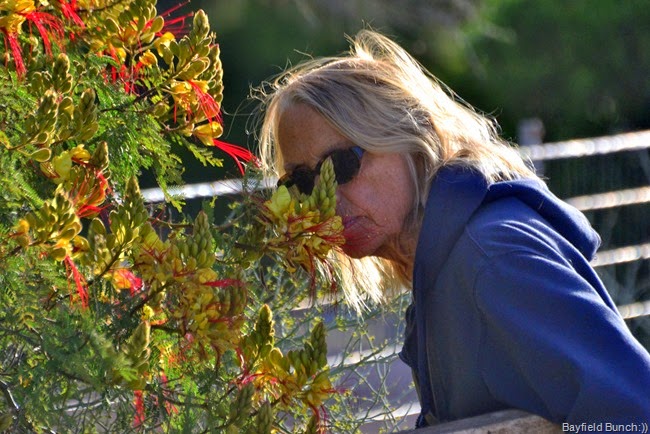 Filled the rig’s fresh water tank this morning.  Doesn’t take long because it is on the small side.  More stuff loaded up & more outside stuff put away. Sunny & warm.  Ten day weather forecast looks good for our South-West checkpoints along the way as far as Raton Colorado.  A warm front is moving in across the West beginning this week-end. 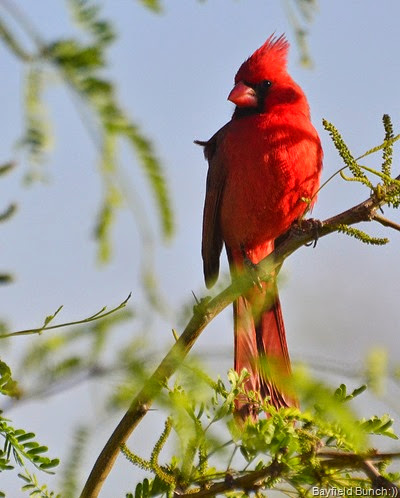 We slipped over to see John & Jackie this morning.  Jackie was vacuuming & John was underneath the house tracking down a minor water leak.  Sure is one mighty nice place those folks have.  John & Jackie were very helpful to us last winter when I was having a lot of trouble with my right hip.  We will see them again in October when we return to Congress.  And this afternoon we headed on over to Pat & Mike McFalls place for their 4 p.m. Happy Hour.  There is often a number of folks there but tonight Kelly & I were the only ones & how nice it was for us to just sit on down & talk with Mike & Pat their very selves:))  I think this actually turned out to be a record breaking visiting day for the Bayfield Bunch when Bev & Jim popped in after supper.  They knew we were leaving soon & wanted to say good-bye before we left.  Jim & Bev are the couple who have put together all our great Jeep tours the past couple winters. 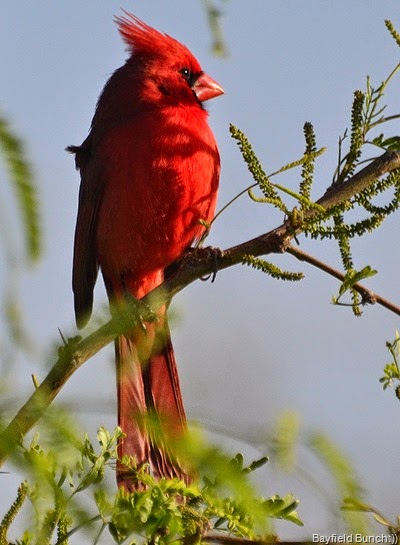 Not sure why but I have been having some kind of problem leaving comments on a few fellow Bloggers blogs.  I’m suspecting a Google problem of some kind but I’m not sure.  Tried 3 separate times to leave a comment on Nan & Johns SOLAR post but no go.  Tried again on their todays post but nada again.  Wonder if anyone else is having the same problem. 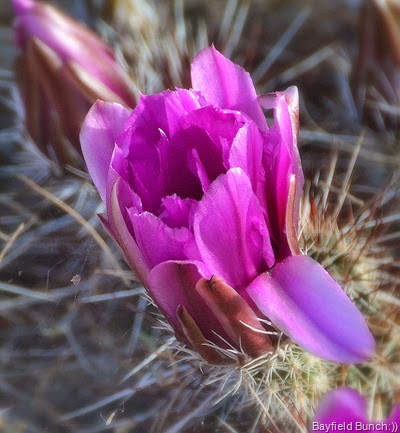 I may have confused a few folks about our Saguaro Cactus in Sunday’s post.  In a comment on my Saturday night post Craig asked in part…….. “In your post tonight, I don't understand, if you have 2 saguaros big enough to be worth more than the house, how can they be small enough to move? Are they in pots? Are you allowed to sell them and get rich”?……..Ok Craig I’ll try & clear up what I said…..Yes, we have two big 15 foot Saguaros out front of the house.   Saguaros can fetch up to about $2,500.00 a foot, at least that is what we heard.  We actually have a third 10 foot Saguaro as well.  Doing the math & allowing for that $2500.00 figure to be over the top I think it might be safe to say we might have in access of $50,000 worth of Saguaros here.  First off we would never consider selling them & second it is totally illegal for people to do so unless they go through all the channels to apply for a permit to either sell or re-locate a Saguaro.  Arizona is very strict about the removal of Saguaro Cacti. Very strict.  I think the confusion came in when I wrote, “It became windy enough this afternoon to move our 2 large Saguaros out front”.  I did follow that line with, “From my bedroom computer chair I could see them swaying slightly with each wind gust”.  The key words there were ‘swaying slightly’.  Anyway I am the guy writing this stuff so the onus is on me to say what I have to say….clearly. 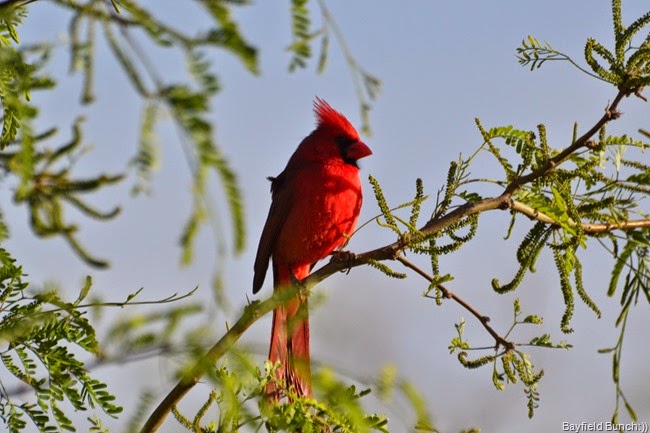 TIOGA GEORGE has been in an accident.  Mr. Ed from the FLIP FLOP RESORT INN left a comment on my Sunday post.  It’s written by Tioga George & says……………..

Accident
MsTioga runs off the Interstate
On Saturday, March 15th, close to noon, MsTioga and I were driving on Interstate #5, a bit south of Bakersfield, California. Suddenly we were in a field to the right of the Interstate. I had no clue how I had arrived stopped in that field!
I saw a man running up the shoulder of the Interstate. He climbed over the field's fence and came to my aid where I was sitting in MsTioga's driver's seat. To his questions, I told him that I was OK, just a bit dizzy. "What happened to me?", I asked.
The man told me that he had been following me. Suddenly, MsTioga began fishtailing, then headed off the Interstate to the field where she was now sitting.
Ambulance to the hospital
Soon an ambulance arrived, and put me into a gurney. Then carried me across the field to the Interstate and put me into the ambulance. We drove to the Emergency Room of San Joaquin Community Hospital in Bakersfield.
Soon it was discovered that I had an irregular heart beat. While the top half of my heart beat at about 60 beats/minute, the bottom chamber beat in the 30 beats/minute range. The doctor told me that the irregular heart beat likely caused me to pass out.
Posted by Tioga George at 3/15/2014 11:30:00 AM UPDATE:: GEORGE HAD OPEN HEART SURGERY TUESDAY MARCH 18TH. 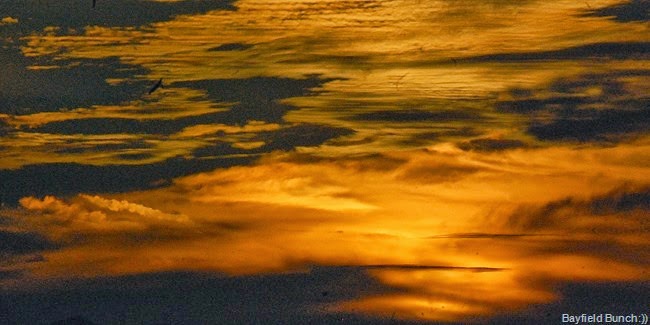 GROANER’S CORNER:((  The elderly priest, speaking to the younger priest, said, "It was a good idea to replace the first four pews with plush bucket theater seats. It worked like a charm. The front of the church always fills first now."
The young priest nodded, and the old priest continued, "And you told me adding a little more beat to the music would bring young people back to church, so I supported you when you brought in that rock'n'roll gospel choir. Now our services are consistently packed to the balcony."
"Thank you, Father," answered the young priest. "I am pleased that you are open to the new ideas of youth."
"All of these ideas have been well and good," said the elderly priest, "but I'm afraid you've gone too far with the drive-thru confessional."
"But, Father," protested the young priest, "my confessions and the donations have nearly doubled since I began that!"
"Yes," replied the elderly priest, "and I appreciate that.
But the flashing neon sign, 'Toot 'n Tell or Go to Hell' cannot stay on the church roof.