Our air temperature hung around 57 today but out in the warm sun if felt more like somewhere in the 70’s.  House temps struggled to reach 60 & Kelly traded in her sandals for winter boots about noon.  Her hands got so cold on the computer she had to slip outside to get warmed up. 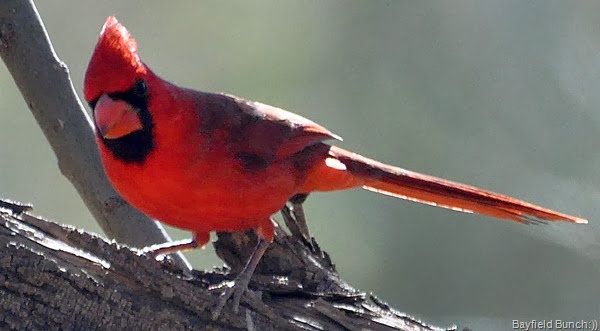 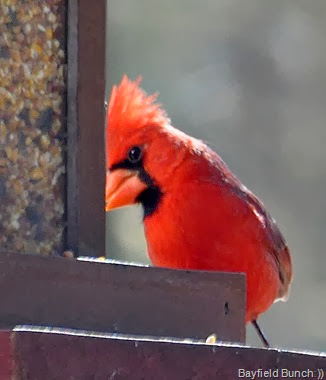 Low energy levels so had myself a lazy day.  Tipped back in a lounger outside & soaked up some sun while being serenaded by the beautiful chortling sounds of a couple Curve Bill Thrashers.  They have the sweetest song. 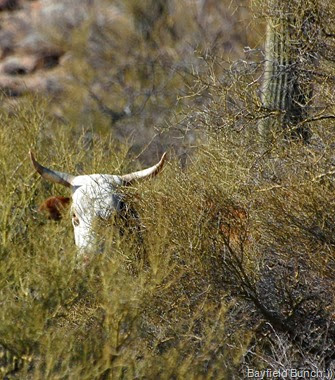 I sometimes get myself in a knot about same old-same old boring daily routines.  Tonight let me flip that coin over & see what’s on the other side.  Seems the older I get the more routiner I become, & that’s not such a bad thing I guess.  It is some of those daily routines that are the glue holding things together in a passively relaxing manner for me most days.  To be aware of that I have only to have one of those daily routines interrupted.  Sets me into a tizzy, brings out the grump factor, & gives me cause to pause & consider what just messed up my day.  The strongest daily routines generally occur in the morning from the time we get up to just after breakfast somewhere.  Mess with that daily morning routine & one messes with life itself.  Those routines are the foundations of the day.  Alter them in any way & the day could get shaky.  Miss any one of them & the day can easily take a mental mis-step.  Second to morning routines are evening routines.  Much the same of course but maybe not quite as stringent.  Morning & evening routines I understand & go along with.  It’s the routines between the routines that I have trouble with.  But I’ve already blustered on about those types of routines enough in previous posts so don’t figure we all need to hear that groaning again.  There, that routinely ends another paragraph. 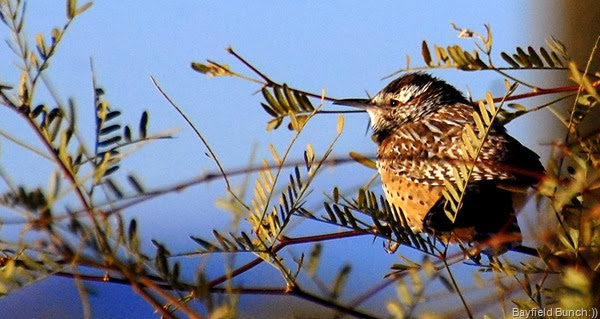 Gaelyn from GEOGYPSY dropped around this afternoon.  Hadn’t seen Gaelyn since last winter.  She spends her time as a Ranger at the Grand Canyon’s North Rim during the summer & part of her winter down here in Yarnell.  In just a few days she heads off to South Africa for 3 months.  Here’s a Gal who knows how to keep herself relaxingly busy. 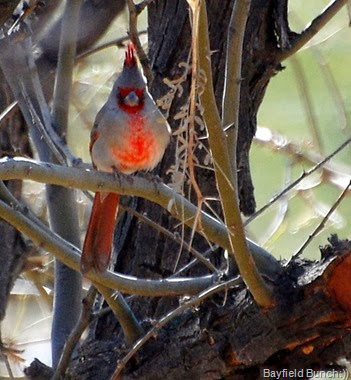 Janna & Mike from TIN TEEPEE/LOG CABIN blew into Congress Thursday afternoon & tonight we met them over at Pat & Mike McFalls.  Pat invited us as well as friends Jerry & Caryl over for Pizza & Happy Hour at 4.  Last time we saw Janna & Mike was in 2011 while we did a security stint on a piece of property near Elfrida Arizona for a couple months.  First time we met them was in the Kofa Mountains back in 2010 I think.  Nice to see these two likeable people again & they will be dropping by our place sometime this week-end.  Janna & Mike are Montana Ranchers.  And it’s always good to see PAT & MIKE as well.  That Mike character is quite a humorous story teller:))  Jerry & Caryl are actually neighbors of ours up the other end of Ghost Town Road. 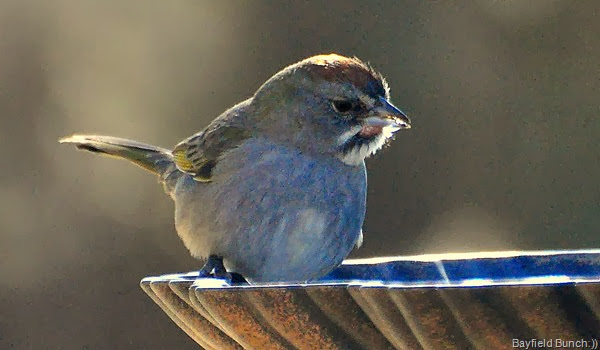 Afraid I was a little lax in taking any photos of our get together this afternoon.  Just didn’t think of it until we were leaving & all’s I got was one poor quality photo with my point & shoot Canon as folks were leaving.  Could it be I’m slipping a bit……………… 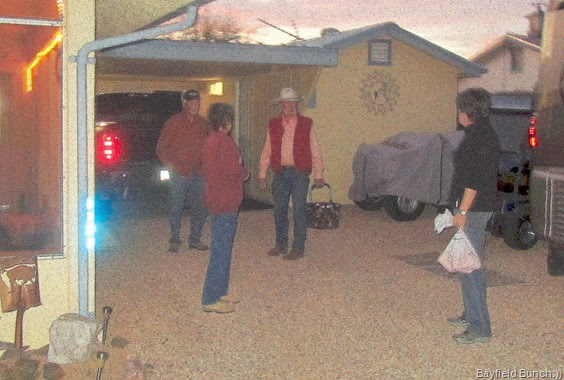 GROANER’S CORNER:((  Did you know we all get heavier as we get older because there's a lot more information in our heads.  And, something else I’ve discovered…………
I like long walks, especially when they are taken
by people who annoy me.  Walking can add minutes to your life. This enables you at 85 years old
to spend an additional 5 months in a nursing
home at $4,000 per month. And did you know middle age is when you choose your cereal for the fiber, not the toy.