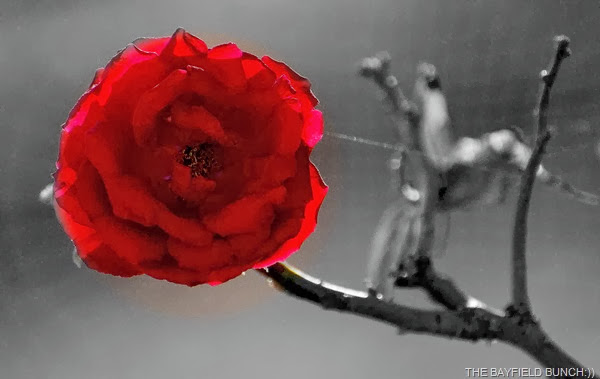 Despite wearing a cool short sleeved shirt today I still managed to work up a sweat outside puttering about the yard.  Oh the trials & tribulations of traveling south in the winter:))

OUR MESQUITE TREE CHRISTMAS LIGHTS AGAINST THIS MORNING’S FIERY SUNRISE

Tonight’s photos are a collection of pics from this past week that didn’t make it into my other posts.  Kind of a mish-mosh of this & that.  Below are a few more pics of Lake Pleasant. 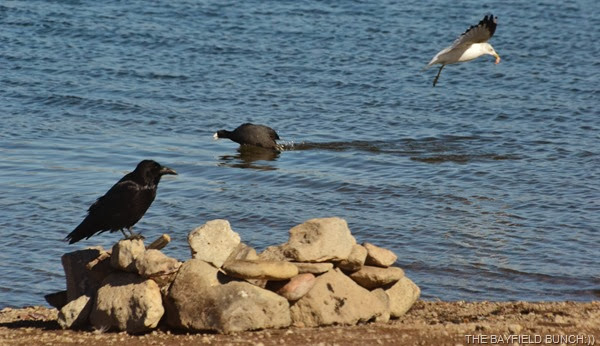 A RESTING RAVEN, A SCOOTING COOT, & A SEA GULL WITH A SNACK 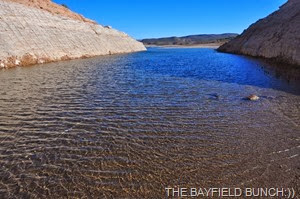 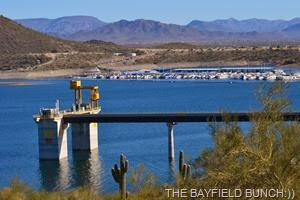 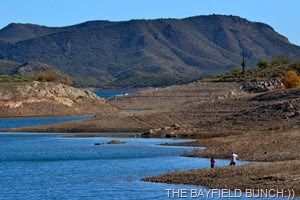 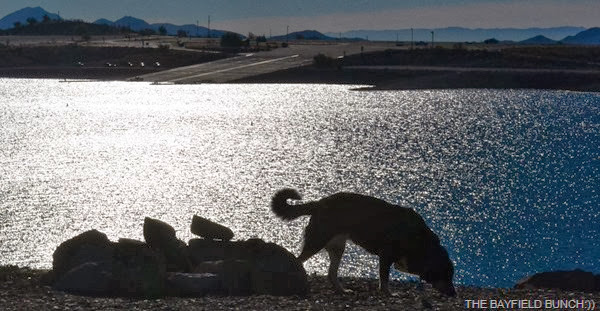 PHEEBS SNIFFS OUT A CAMPSITE

Trimmed some more Mesquite tree branches, planted a couple more Cactus, added a couple more wood pieces to the inside of the utility trailer box to stop dirt from spilling out, & watched a couple F-16 fighter jets rolling through tight turns overhead in mock combat.  That resulted in some big engine roars & half a dozen flares in the sky.  Didn’t get any photos because I knew as soon as I took my eyes of the jets to grab a camera I would never find the fast moving tiny specs again.  So I just stood & watched the show until they disappeared into the blue.

STILL A TOUCH OF AUTUMN IN THE NEIGHBORHOOD

Kelly headed for Wickenburg about 11 & wondered if I wanted to come.  Figured she needed a break from all my grouching & grumbling so I respectively declined the invitation.  I know when I am along & waiting in the Jeep she rushes through some of her favorite stores & a woman should not be rushed through her favorite stores.  When I head into town for something I generally always come home with whatever it was I headed into town for.  It is always an anticipated surprise to see what Kelly comes home with each time she makes a trip anywhere.  This morning she set out to pick up a few groceries & came home with a chair, 3 potted Cactus plants, a figurine of a Sombrero Mexican fella having a siesta under a tall Cactus, a large pot once used for melting down gold, & a horse skull……….. Sometimes it’s just best not to ask about what Kelly sometimes drags home. 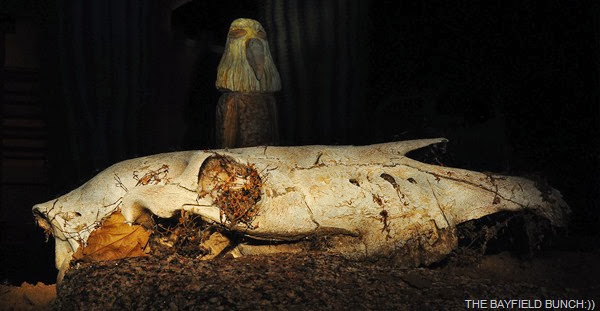 Figured it was a good idea for me to stay home anyway in case Les drops in to begin installing our front porch posts.  We want to wait until that little job is done before venturing out again in the Winnie Wagon.  For 2 cents I would suggest we just turn right around & head back to Borrego Springs again for a bit.  But I don’t have 2 cents & my suggestions sometimes just simply go the way of the Dodo bird & are never heard from again.  I think our plan this winter was to hit some new spots where we have never been before.  Problem is the weather.  We are pretty much limited to southern Arizona & California this time of year.  Just too cold at the higher altitudes north of us.  But I guess I shouldn’t grump about the cold.  Have a look at RETIRED ROD'S post & see how he handles the cold weather over there in Kansas. 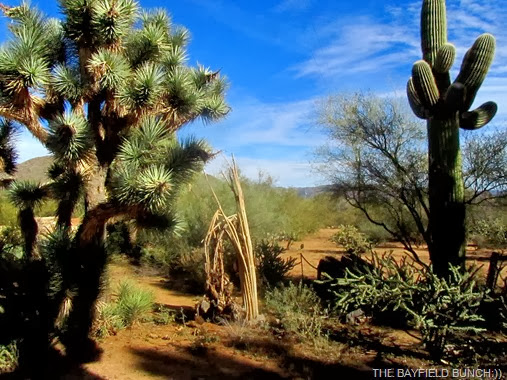 AND A FEW PHOTOS FROM OUR ABSENT NEIGHBOR’S YARD 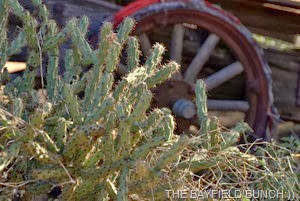 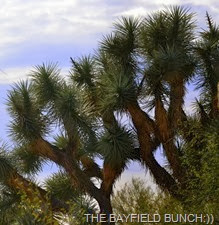 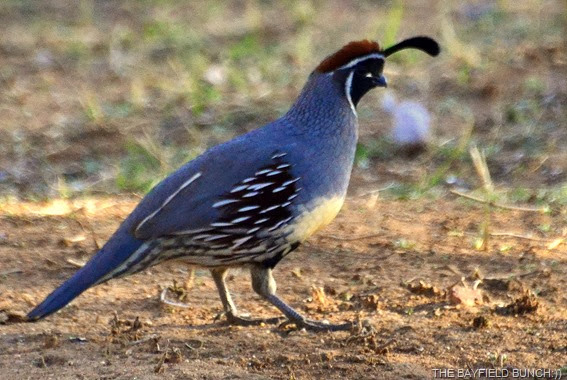 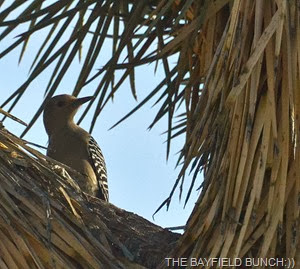 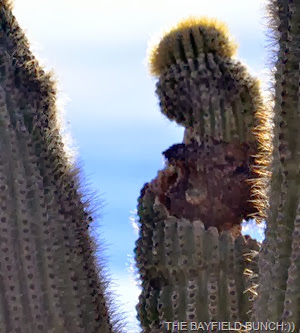 Gaelyn from GEOGYPSY is less than a month from traveling back to South Africa again.  In her post titled, ‘Is It Safe To Travel In South Africa’ she answers that frequently asked question.  Her answer, suggestions, & tips, could apply to any traveler traveling to most anywhere. (except getting eaten by the Lions of course)  On this side of the ocean her thoughts readily apply to Mexico & Canada or right here in the United States.  Common sense is essential while traveling anywhere & Gaelyn adequately points that out.

GROANER’S CORNER:(( Some Musical Christmas Advice……Make out your Chopin Liszt early before Debussy season, when you have time to check out Verdi good bargains are, can still get gifts Faure good price, not have to Handel large crowds and have time to give Bach things you decide you don't want.