NICE MORNING FOR SOME OUTSIDE PUTTERING & WARMER WEATHER HEADED OUR WAY 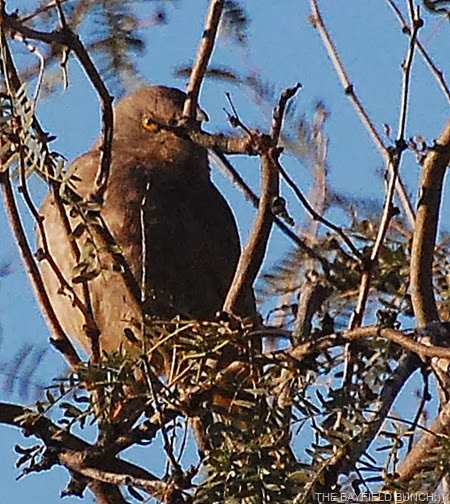 A heavy cloud cover overnight kept the pre-dawn temperature from rattling our teeth this morning.  No wind earlier today & with old Sol radiating his heat earthward from a clear blue Arizona sky it was a fine & comfortable time to be outside puttering at odd jobs.  Some days the odder the job the better it is sometimes.  Our air got to about 45F today but if one stayed in the sun it felt much warmer than that.  Not exactly a short sleeve shirt & shorts day but no matter, I’m not a shorts guy anyway. 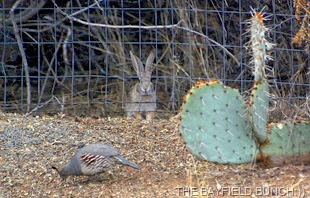 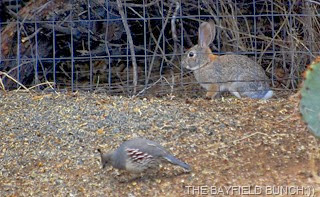 Burned me up some brush & old cardboard boxes.  Removed a few dozen nails & screws from some old sticks of lumber I have been saving & figured I would try assembling a tin storage shelf we had found at a garage sale awhile back.  Got me the flimsy tin shelves, legs, struts, braces, & a package holding a million nuts & bolts out of the box.  Sat in a lawn chair for a few minutes contemplating what I was about to attempt.  Contemplating turned out to be the most important tool for me as I carefully put all the shelving pieces back in the box.  Didn’t figure there was any point in me ruining my day wrestling with a flimsy bunch of tin.  Maybe someday we can sell it at a garage sale for half the money we paid for it & still come out ahead. 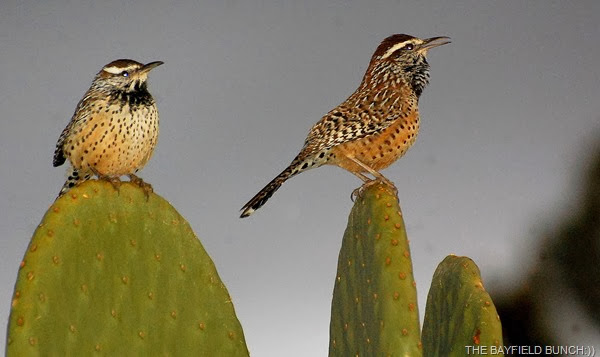 A PAIR OF CACTUS WRENS ON OUR NEIGHBOR’S CACTUS

I think the only news oriented program I can tolerate anymore is CBS’s SUNDAY MORNING with Charles Osgood.  Charles Kuralt hosted this show at one time.  Show was good then just as it is today.  That’s the way news used to be before it became an entertainment spectacle with all the giggling, over the top back & forth banterings, & ratchet jawed anchor people spewing forth their attention grabbing quips & asides.  Check out CNN’s early morning show sometime as an example.    Those ‘Happy Gang’ morning shows started years ago on commercial radio & was the driving force which drove me away from that kind of annoying schlock into the waiting warm & soothing arms of Satellite Radio.  Thank you, thank you, thank you Sirius XM.  But getting back to TV…..how nice Sunday mornings to sit quietly & listen to a single newsperson present a well thought out maturely produced educational & informative news program for a change.  Far as I know it is probably one of the last news oriented programs not to use a whole gaggling herd of over opinionated babbling heads. 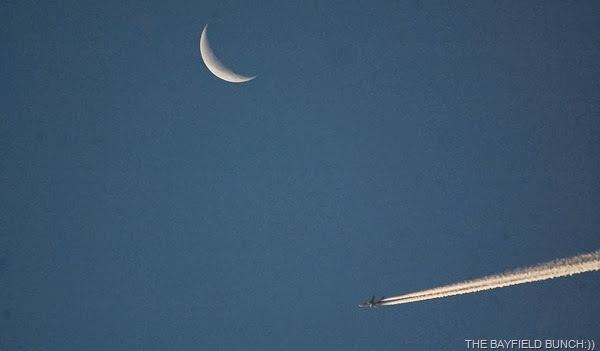 I have heard it said short wheel based & light Jeep Wranglers are tricky to handle on snow & ice covered roads.  Fortunately we have not had to find that out yet but not so fortunate for JANNA & MIKE up there in wintery Montana.  A deer suddenly crossed the road in front of them & Jana can tell you what happened next:(( 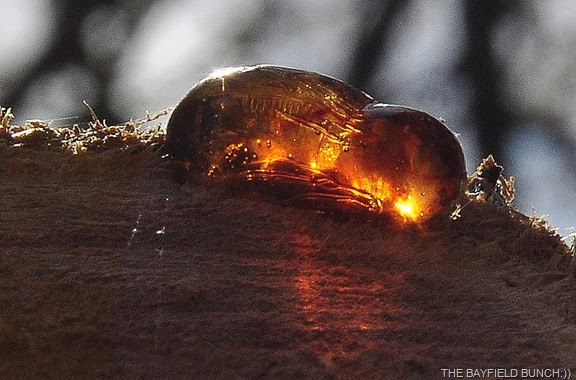 A DROP OF MESQUITE TREE SAP

An increasing heavy cloud cover brought a bit of wind with it & by mid afternoon my outside puttering moved inside.  Managed to finally plug a problem hole leading from the original house to my bedroom addition so that should end any more critters getting in that way.  Weatherman says we are in for a sunny week with warming temperatures.  Yahouie Louie:)) 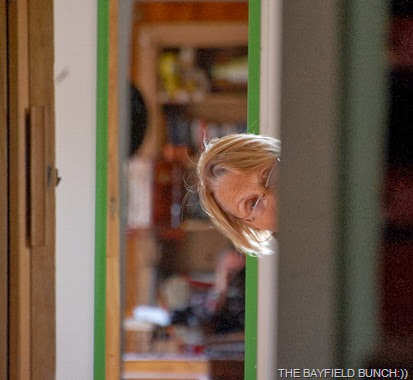 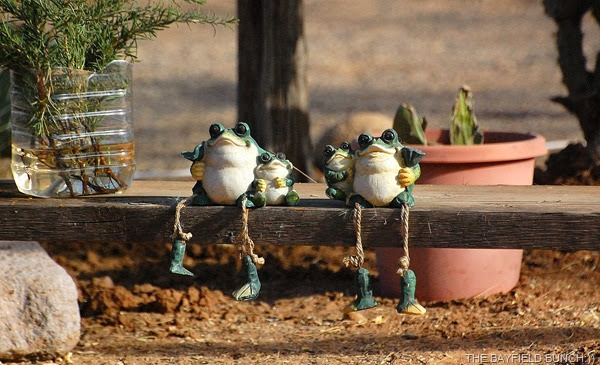 Although we have never spoken of the idea I’m sure we both have thought of Dally as a second dog for Pheebe.  But there’s a problem.  Dally is very hyper & we can only let Pheebs in to play with her for a few minutes because Dally runs Pheebs into the ground.  They get along great but it’s too much for Pheebe.  And it would be too much for us as well.  A second dog sometime is not out of the question but it would have to be exactly the right dog.  We have Pheebe to think about as well as ourselves & I don’t think it would be wise for us to get a second dog with way more energy than we have or are prepared to deal with.  I’m sure Dally would make just a super companion for the right person.  We stop & pet her over the fence every morning & I can tell under all that young starved for attention exuberance she has a kind loving heart. 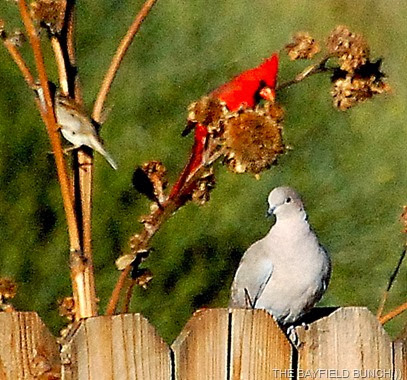 Kelly brought home a couple DVD’s last week & we watched one called ‘Lincoln’ with Daniel Day Lewis.  Seemed like a good movie but both Kelly & I had trouble following it.  Neither one of us are politically minded so it was a bit of a stretch understanding some of the terminology therefore making it hard for us to understand what was going on.  We had a little trouble with some of the audio as well.  Other than that it looked like a well done movie. 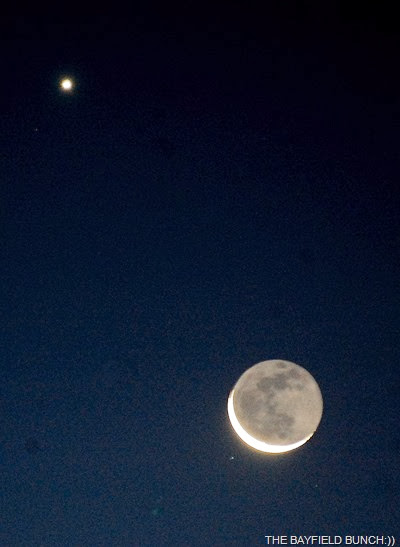 GROANER’S CORNER:((  A driver tucked this note under the windshield wiper of his automobile. "I've circled the block for 20 minutes. I'm late for an appointment, and if I don't park here I'll lose my job. Forgive us our trespasses."
When he came back he found a parking ticket and this note: "I've circled the block for 20 years, and if I don't give you a ticket, I'll lose my job. Lead us not into temptation."