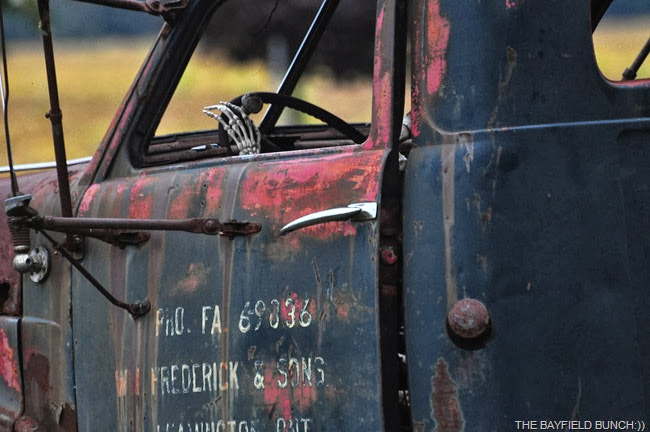 It was only 8:30 & we were already seated at THE BAYFIELD BERRY FARM for breakfast. Our second Sunday in a row. Most unusual for us but it's kind of nice place to go when we have company. Another great brekky was enjoyed by Kim, Jason, Reeve, Kelly & myself. And here was the best part after breakfast. We got to pick all the fresh strawberries we could eat for nothing. Seems to be a bumper crop this season & there are still plenty of berries available. Any time now we will get a hard frost & that will instantly be the end of them. Waitress gave us a small plastic basket & said to go fill it up. Which we did. It's probably the most fresh strawberries I have ever eaten at one picking.  They were just totally juicy & delicious. 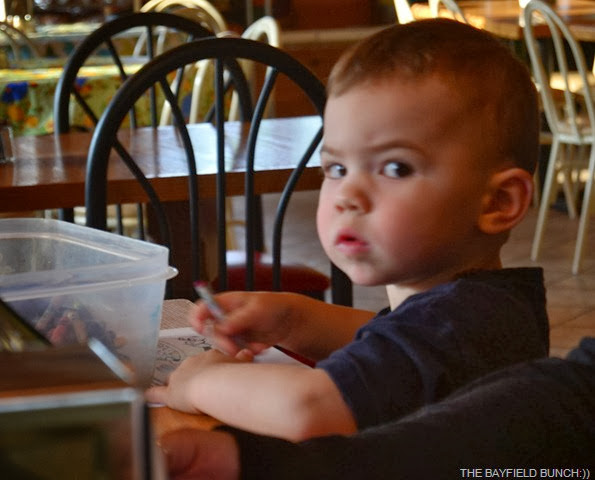 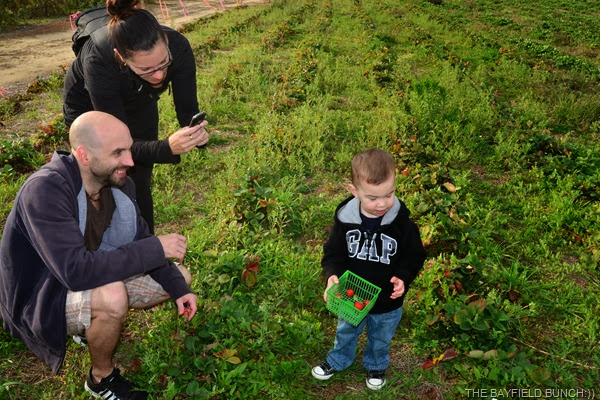 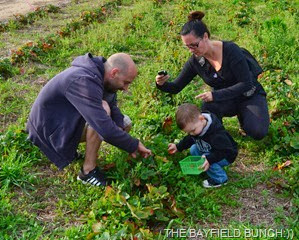 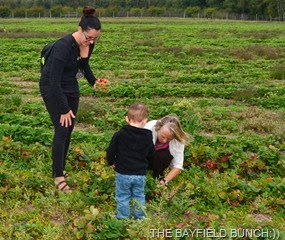 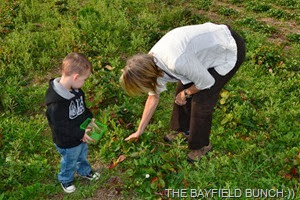 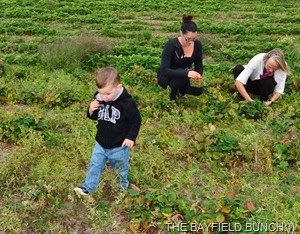 NO NO REEVE, YOUR SUPPOSED TO EAT THEM NOT STOMP ON THEM 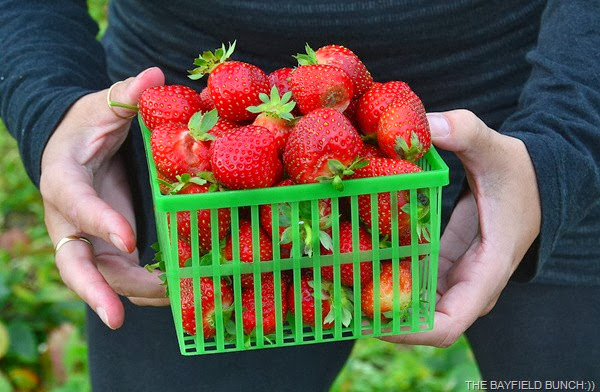 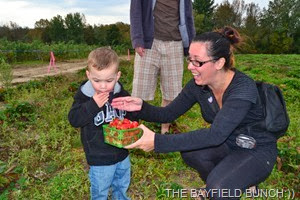 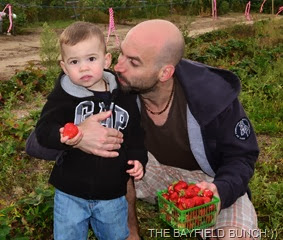 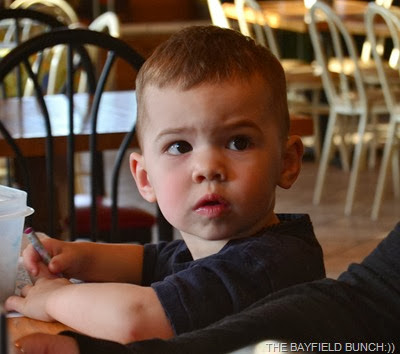 Kelly filled in at Deer Park today & headed over there shortly before 10. We were under overcast skies & with no projects under my belt for today I figured heading out for a Jeep ride with the Rascal Pants was a much better alternative to sitting around in my chair watching boring Sunday morning television. Kelly had spotted a couple places for sale last week south of Grand Bend & although we weren't really interested Pheebs & I headed on down to that area for a look see. 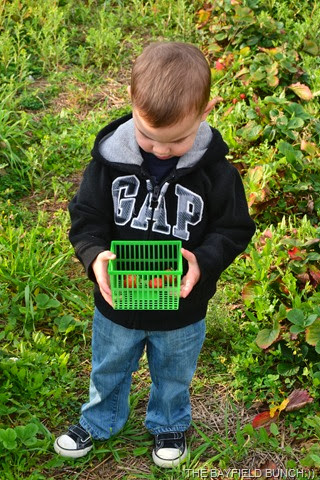 A YOUNG MAN CONTEMPLATING HIS STRAWBERRIES  >>>>>>>>>>>>>>>>>>
Never did find the places but that was OK. I couldn't believe how built up & populated the area around Port Franks has become. And the amount of traffic!! It was an area I knew back in the early to mid 60's but it is now an area mainly unrecognizable to me. Where once there were acres of rolling sand dunes reaching 40 & 50 feet in height there are now million dollar houses. Where once tall Oak trees, Cedars, Pine trees, & dune grasses once bent & swayed with the onshore winds there are now miles of paved streets & roads. But it's the way it is & I along with a few other young fellows were fortunate enough 50 years ago to roam those sand dunes & forests & create ourselves a bunch of great memories that still last to this very day. Remember those memorable times oh so long ago Gary, Jim, John, & Craig??

CAME ACROSS THESE ACRES & ACRES OF ONION FIELDS JUST SOUTH EAST OF GRAND BEND…I COULD SMELL ONIONS IN THE AIR BEFORE I EVER SAW THE FIELDS
A few drops of rain on the windshield turned us for home & that pretty well wound up our day. As temperatures cooled off a bit it was just fine to kick back in my recliner & grab myself a few zzzzzzzzz's. When Kelly's not home Pheebs likes to climb up on her recliner & kick back for some big relaxed snoozes as well. 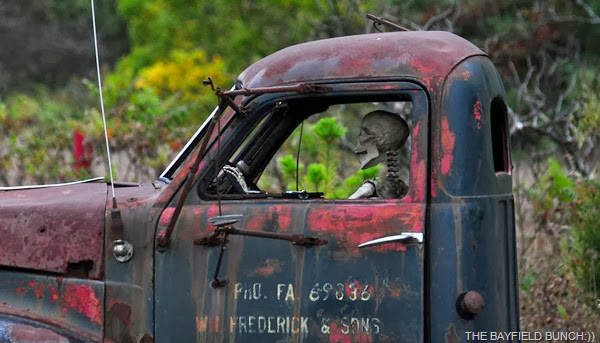 THIS OLD TRUCK WAS REALLY STARTING TO CREEP ME OUT
As most Snow Birding RV'ers know, it is no small feat to load up the RV every Fall for the following 5 or 6 months away from home. So many things to think about & remember. Check lists are the way to go but even so it is always difficult deciding what goes where in the rig. Thoughts, plans, & ideas are always changing & most of the loading quite often takes place in the last few final days before leaving simply because a lot of stuff may still be in use around the house. Always a mighty fine feeling to finally turn that ignition key, pull that gearshift lever into drive & head on down the road. But now some of the real problems start. 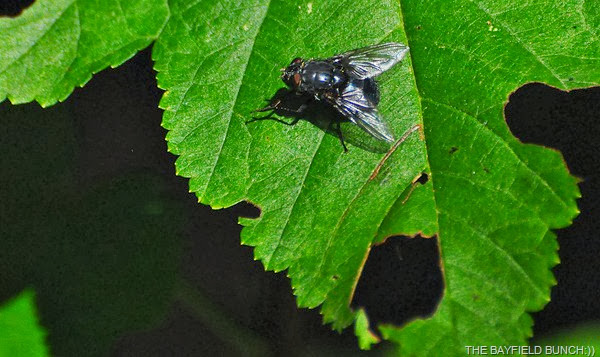 Just wait till you need something. Just wait till you go looking for something that you know is exactly in the place you stored it. Just wait until it isn't there. Always so easy while putting things in bins to remember where they are & always so easy to forget just an hour or a day later. No problem I thought just weeks after buying our Motorhome in April of 07. I had it all figured out & I was going to know exactly where everything was at all times. After all, I had worked in warehouses years before & knew how to organize things. Picked myself up a few pages of sticky numbers & numbered all the Motorhomes bins. 1 to 13 I think it was. Picked up myself a 3 ring binder & as I loaded things into bin number 7 I would enter that to the list in my binder titled bin # 7. I had it made, I was on top of things, I was organized. The plan worked perfectly for the first few weeks before hitting the road. It worked well as long as I remembered to make the changes in the book as I moved things around or added new things to the bins. Remembering was the key & remembering was the flaw in my flawless plan. 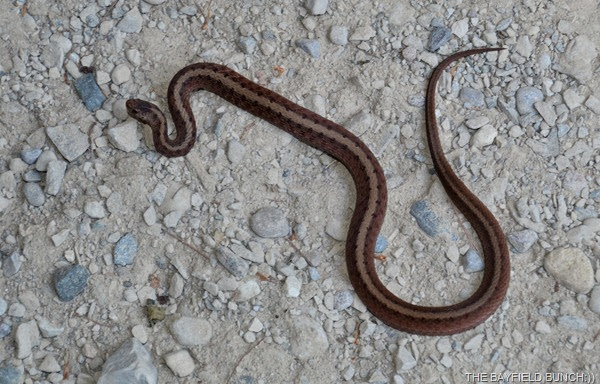 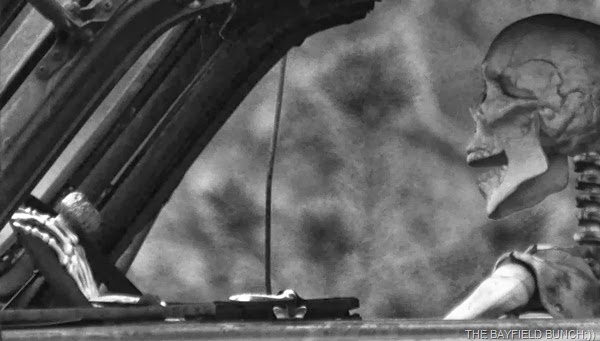 AND COULD THIS REALLY BE!!

As any newbie RV'er knows after a short time on the road, the most careful laid plans of organizing things soon falls apart. Items thought of as priority may find themselves unused while something buried in the back bottom corner of a bin suddenly becomes needed on a daily basis. Things are shifted & moved, re-found, relocated, & even discarded. This is precisely what happened to me. I was moving things around faster than I could write the changes into my inventory log book. Within months my lists were useless & my stick on bin numbers were just that.....stick on bin numbers. I suspect those numbers are still on the Damon's bins, wherever the Damon is. I'm guessing Phoenix Arizona. Maybe the new owner will be asked by eagle eyed observers, just like I was, "hey, what are those numbers on the bins for"?? Good luck...................... 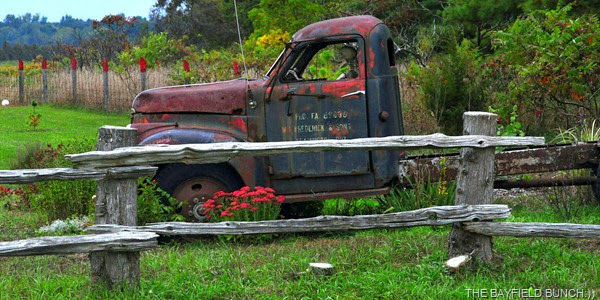 NAWWWWWW, IT’S JUST A DECORATIVE PIECE IN SOMEBODY’S FRONT YARD:))  WELL, I THINK IT IS ANYWAY……..
DEBORAH SHAFFER has made it onto our Blog Follower's list.  Couldn’t find a blogsite or too much linkable info on Deborah but no matter, we're happy to welcome her aboard here at The Bayfield Bunch.  Say, you wouldn’t know anything about loading up an RV would ya:))

If you haven’t been to Niagara Falls or it’s been awhile since you have been there the folks over at STILLHOWLYN have some fine photos of the Falls & their trip to get their from Canada’s Sault Ste Marie through the Straights of Mackinac in Michigan. 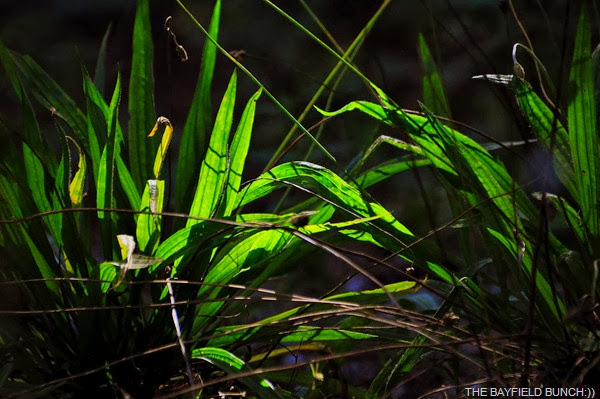 GROANER'S CORNER:(( A man goes on a 2-month business trip to Europe and leaves his cat with his brother. Three days before his return he calls his brother.
Brother 1: So how is my cat doing?
Brother 2: He's Dead
Brother 1: He's Dead! What do you mean He's Dead! I loved that cat. Couldn't you think of a nicer way to tell me! I'm leaving in 3 days. You could of broke me to the news easier. You could of told me today that she got out of the house or something. Then when I called before I left you could of told me, Well, we found her but she is up on the roof and we're having trouble getting her down. Then when I call you from the airport you could of told me, The Fire Department was there and scared her off the roof and the cat died when it hit the ground.
Brother 2: I'm sorry...you're right...that was insensitive I won't let it happen again.
Brother 1: Alright, alright, forget about it. Anyway, how is Mom doing?
Brother 2: She's up on the roof and we're having trouble getting her down.
-------------------------------------------------------------
- Tourists see the world, travelers experience it.
- Home is where your pet is:))
- "If having a soul means being able to feel
love and loyalty and gratitude, then animals
are better off than a lot of humans."
(James Herriot)
- The pessimist complains about the wind; the optimist expects it to change; the realist adjusts the sails -William Arthur Ward
- The only thing better than right now will someday be the memories of right now...AL.
- It is not so much having nothing to do as it is not having the interest to do something....AL.