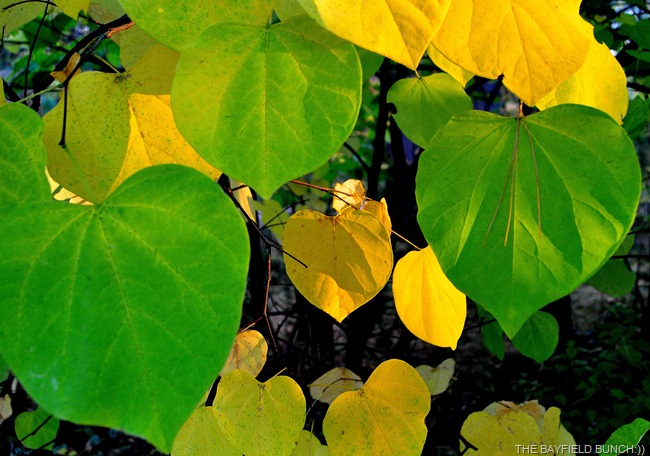 Been nearly a week since Pheebs & I have been out for a Jeep ride so figured we had better take ourselves for a little drive this morning to see if the countryside has been missing us. Knew we had to go early before the sticky heat built up again making things uncomfortable. Well, we didn't leave early enough. 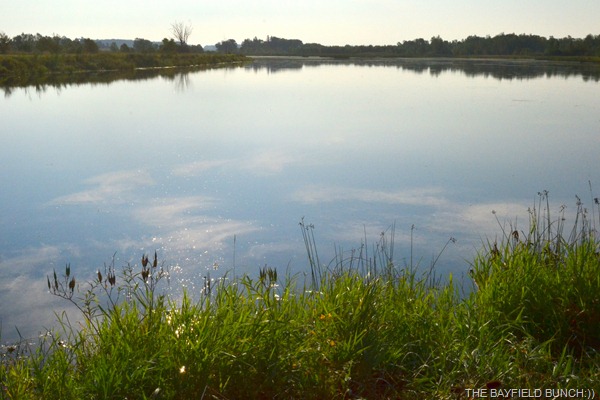 With windows full down we headed out about 8:15 for the HULLET MARSH figuring on a walk by the water. We did have us a wee walk but it was a short one. Even by 9 a.m. the humidity was building. Pheebs was panting & I was grumbling. Figured if we were gonna stay cool we were gonna have to keep moving so that's what we did. Just rolled around our usual country roads snapping a few pics here & there. Only pit stop was in a shady forest where we were immediately set upon by swarms of bugs. Nice to be out & about of course but we were home again about 11 seeking some nice cooling bug free temps in the house. 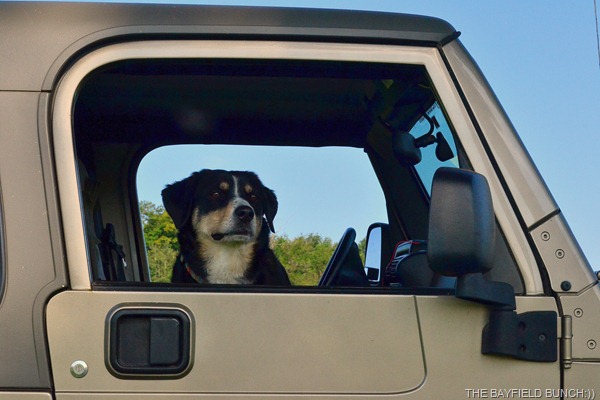 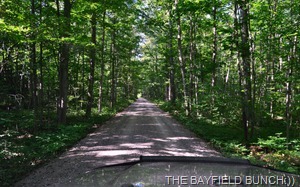 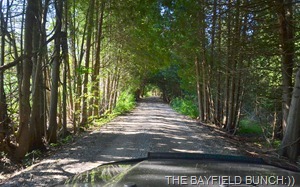 WE SOMETIMES GET OURSELVES ON SOME PRETTY FORESTED ROADS 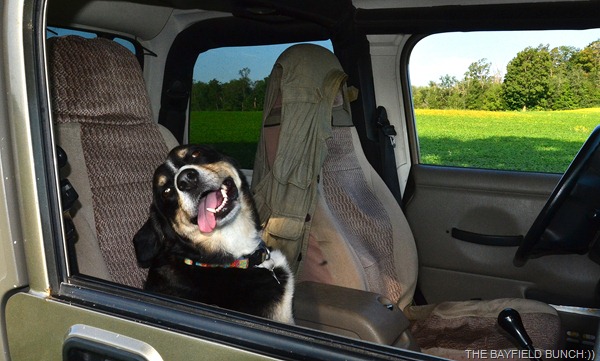 Friend & all round handyman Bruce dropped by this afternoon to take a few measurements for another book rack in the Winnie to hold our BENCHMARK MAPS & Atlas's. Previous Winnebago owner had already made some racks but I wanted another one behind the driver's seat. Bruce made several shelves & racks for our Damon a few years ago as well. Can always trust Bruce to do things right & come up with a great looking finished product. 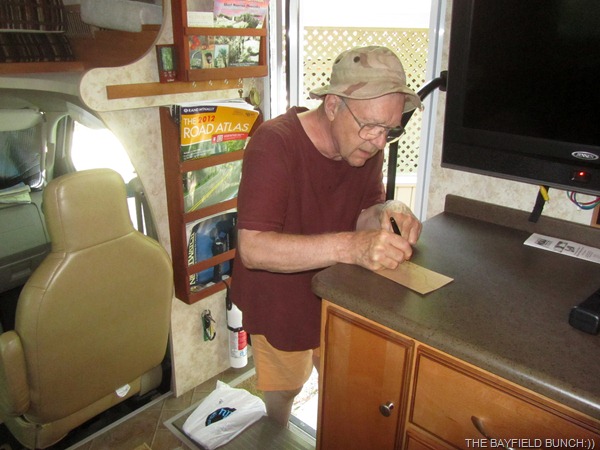 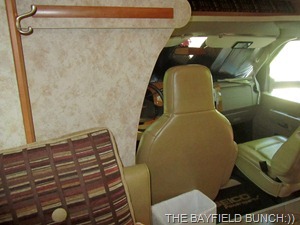 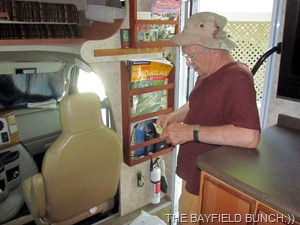 A short month from now we will be in the early stages of our annual colorful Autumn. I always look forward to my favorite time of year as the seasons change. Tiny invisible crickets have a different chirp to them, once lush green leaves take on a harder edged look, days become noticeably shorter, & our ever present resident pond frogs are quieter now as they contemplate their long winter's hibernation. Who's going to get the best spot in the mud this year will be determined by my frog catching prowess as I net them, put the little croakers in a bucket & carry them to the big Goose pond a few hundred yards away. Our front yard pond is too shallow & they would never survive the harsh winter. 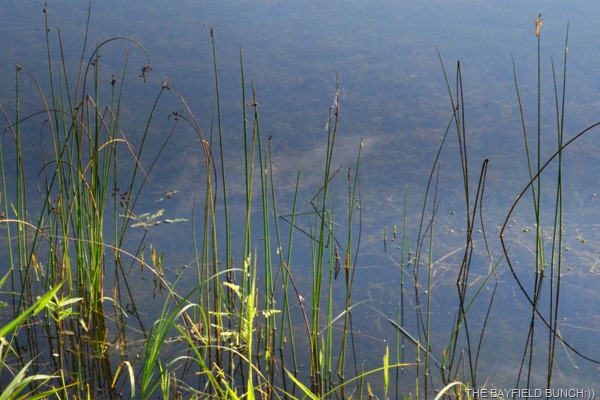 Autumn nights mean cooler nights & soon an Autumn crispness will be in the daytime air. The exciting freshness of spring is long gone & summer's steamy rush will soon be a memory. Autumn is a time for quiet reflection. Everything seems to slow as we shift to a lower gear. In a few days from now kids will be back in school, the Labor Day week-end will be upon us & a few trees will be showing some slight brush strokes from Mother Nature’s colorful Autumn paint brush. 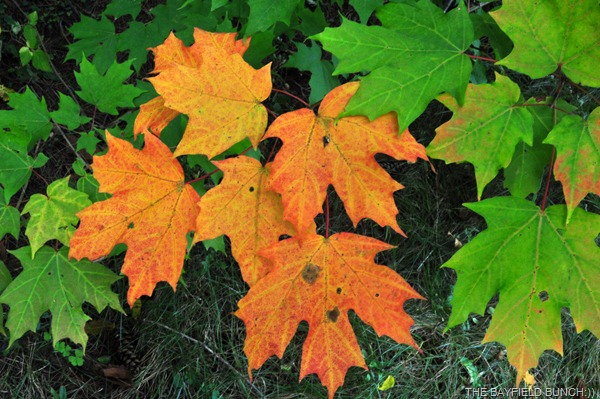 Let me borrow a paragraph from one of my previous August posts several years ago & say Autumn is also a time of anticipation, reflection, & preparation for the long cold winter months ahead. It's a cozy time as we scurry about like little squirrels getting ourselves organized & hunkered down to await the chilling winter winds. (except for we Snow Birds of course) It's also a time of new learning. I've always had a theory that I think is probably true. Ever since we were kids first starting school we have become programmed to begin an educational process every September. This continues for many years in our early life & becomes embedded in our very beings & I think it lasts forever. Even though I've been out of the school system since the early 60's I still feel that learning process beginning to kick in around mid August. Over the years I have enrolled in various night classes starting in September. Half a dozen photography related courses, a beginners computer course, Tai Chi exercise classes & probably a few others I've forgotten about. It's always a nice feeling to be learning something new & especially at a time of year when we have been programmed to do our very best learning. It takes me back to my early public school days & that fresh smell of new books, erasers, new ink in the ink wells & fresh apples in our pockets. I'm sure many readers will have similar fond memories as well:)) 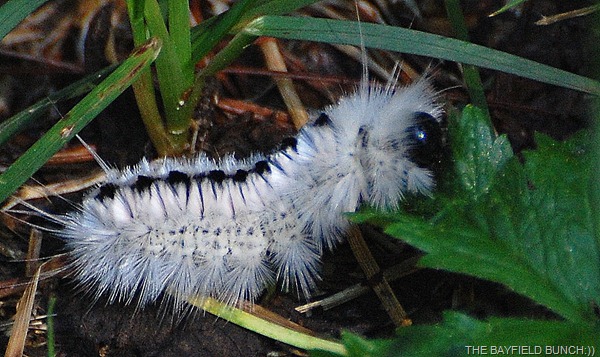 WE HAVE LOTS OF THESE LITTLE FELLERS AROUND RIGHT NOW

Cracked open my big Walmart Rand McNally Atlas today & had me a look once again at routes West.  Still a bit early to be making any hard & fast plans but I’m thinking we might just slide out I-80 west of Chicago & head across the Plains.  Been that way a couple times before. Again, we would probably Interstate it all the way until about Limon Colorado.   Not really interested in a whole lot until we have mountains in sight.  Last time in Limon I came down with my first kidney stone & ended up in the emergency room of a hospital in Hugo just south of Limon.  Still remember how nice the staff was there.  HUGO EMERGENCY ROOM IN 07  That time we continued west through Denver with Moab Utah as our destination.  This time I’m thinking we might swing straight south from Limon down 71 & pick up 350 to I-25 at Trinidad & maybe slip on down through Santa Fe New Mexico.  We have never been that way or seen those parts of the country before.  Or if the weather was looking real good in the Rockies maybe we could slip around Colorado Springs over to the Durango & 4 Corners area & make our way down through Arizona’s Monument Valley to Congress.  Just some very early travel plan thoughts tonight & a darn good excuse to get my Atlas out.  I love looking at maps & making travel plans.  One of my favs………………………:)) 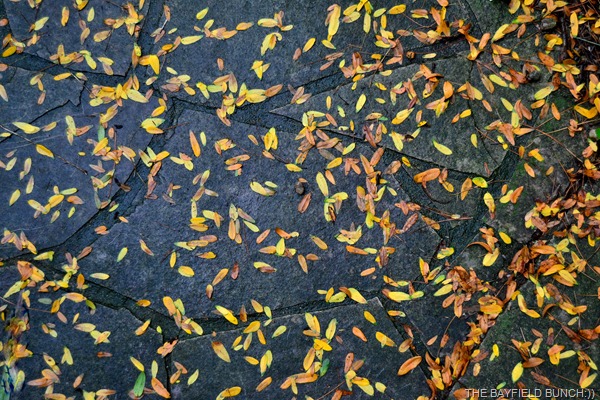 Dear God: Is it on purpose our names are the same, only reversed?  And why do humans smell the flowers, but seldom, if ever, smell one another?  When we get to heaven, can we sit on your couch? Or is it still the same old story?  By the way, why are there cars named after the Jaguar, the Cougar, the Mustang, the Colt, the Stingray, and the Rabbit, but not ONE named for a Dog? How often do you see a Cougar riding around? We do love a nice ride ya know! Would it be so hard to rename the 'Chrysler Eagle' the 'Chrysler Beagle'?  Also, we Dogs can understand human verbal instructions, hand signals, whistles, horns, clickers, beepers, scent ID's, electromagnetic energy fields, and Frisbee flight paths. What do humans understand?  Oh & before I forget, how about more meatballs & less spaghetti, please.
P.S. When I get to Heaven may I have my testicles back!!
-------------------------------------------------------------
- Tourists see the world, travelers experience it.
- Home is where your pet is:))
- "If having a soul means being able to feel
love and loyalty and gratitude, then animals
are better off than a lot of humans."
(James Herriot)
- The pessimist complains about the wind; the optimist expects it to change; the realist adjusts the sails -William Arthur Ward
- The only thing better than right now will someday be the memories of right now...AL.
- It is not so much having nothing to do as it is not having the interest to do something....AL.