DARE I DRAG THE ‘D’ WORD OUT OF THE CLOSET 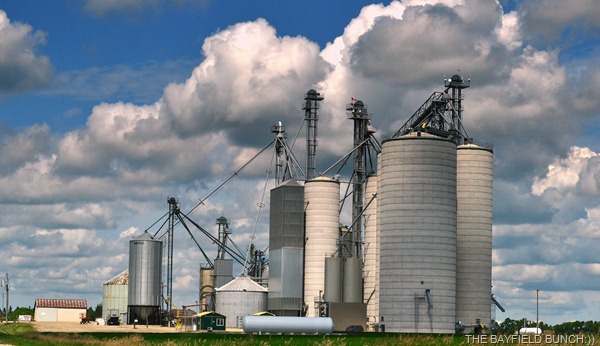 ANOTHER FINE DAY FOR A RELAXING SUNDAY MORNING DRIVE IN RURAL ONTARIO…MANY FARM CO-OP GRAIN ELEVATORS DOT THE LAND
A patch of light flickered at the end of my tunnel this morning & it came in the form of a sad little doggy face sitting on my lap. I had spent all day Saturday in a doldrum state anchored to my recliner & was into my second repeat day when the little Pheeber face looked up at me with those big brown eyes saying, 'aw come on Dad, let's go for a ride in the Jeep & maybe you will feel better'. I knew she was right. Twenty minutes later we were Jeeped up & rolling. 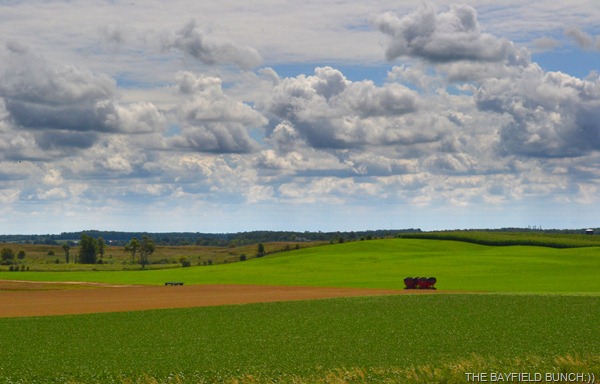 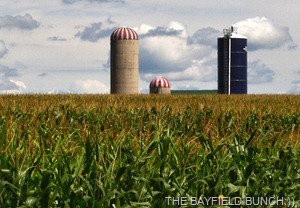 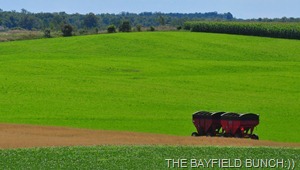 ALWAYS LIKE TO SEE THESE KINDS OF CLOUDS IN THE SKY
Losing interest in things is often associated with Seniors & I believe that to be a natural process of the aging mind. However, there is another reason for loss of interest in things. Not so much to do with aging because it can strike anyone at anytime. It is a cunning & sly devil which can infiltrate one's mind without one ever knowing it's there. It can stay for a few days, a few weeks, months, or it can lay dormant in one's mind forever. Many who suffer from it will not admit it. Many will see it as a sign of weakness & put on the mask of happy while others who understand the illness that has befallen them will try to deal with it in whatever way they can.  It is a real condition generally kept under wraps, not readily discussed, & it is kept in a closet. I am talking about the ‘D’ word of course. Depression. 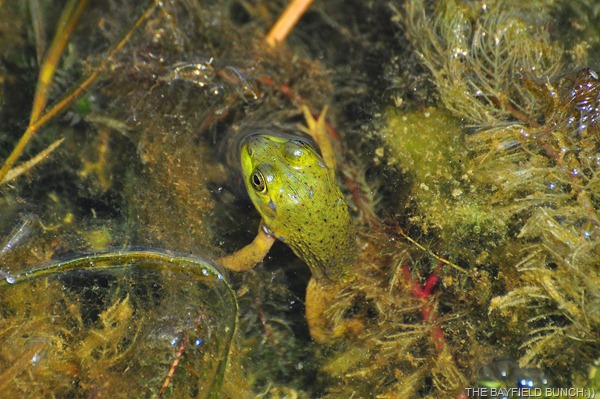 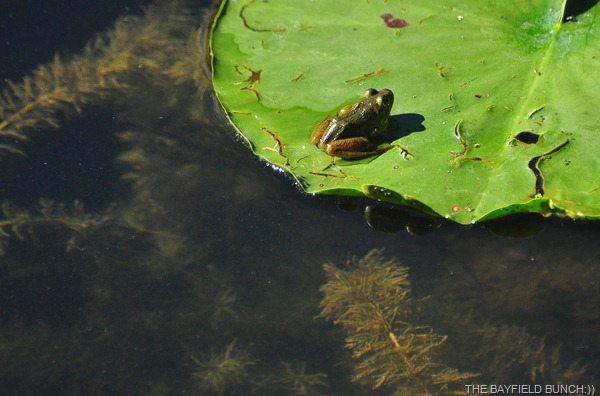 We had us another beautiful morning going as we again picked up one of our routine routes through Clinton's Tim Horton drive-thru followed by a drive to the Hullett Marsh. Wanted to get Pheebs out for a run even though I couldn't walk far. We ended up making three separate stops at various locations around the Marsh.  I always enjoy watching Pheebs run around all over having a good time. It was just a great morning to be outside & I was grateful to Pheebs for re-mobilizing me & getting my can out of the house. 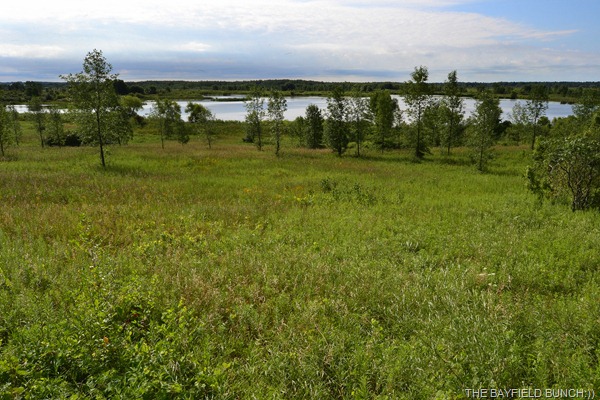 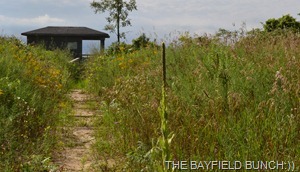 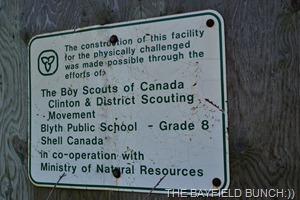 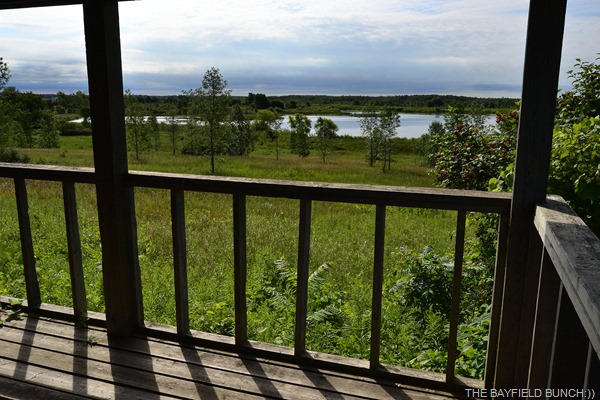 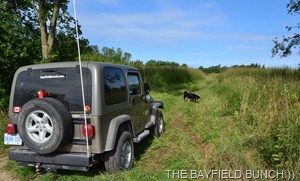 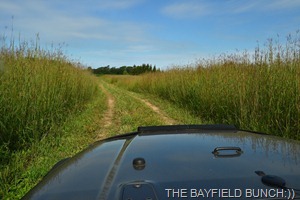 SURE LOVE OUR LITTLE JEEP, TAKES US JUST ABOUT ANYWHERE WE WANNA GO:)) 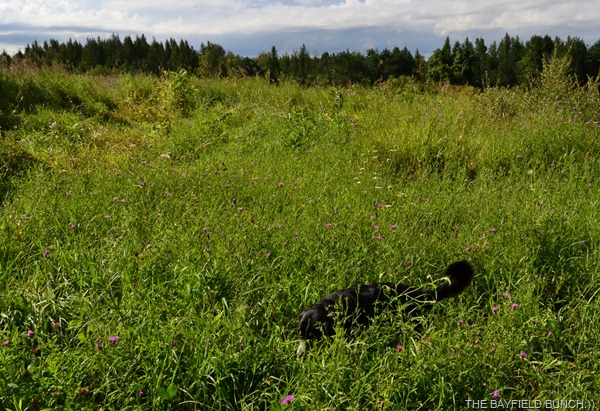 PHEEBS LOVES CHECKING OUT ALL THE GREAT SMELLS
Depression for many is a taboo subject. Although rarely talked about, few have escaped it's wrath sometime in their lives. Some are aware of depression & make no attempt to hide it while others choose to hide behind a happy mask. For some, everyday is awesomely wondrous & any talk of depression is a talk about weakness. Not something people like to discuss & certainly not something many will readily admit to having. If they even know they have it at all.

FOUND YOU ANOTHER COMBINE ALASKA TOM

INTERESTING WHEEL TREAD DESIGN ON THE COMBINES FRONT END
Our Sunday morning travels took us further afield again this morning & we managed to find a few new back roads traveling through a couple little places I may or may not have been before. An old building standing at a country crossroad called Moncrieff reminded me of the southwest & another place by the name of Ethel seemed to ring a distant bell in my memory. Didn't recognize anything but felt I had once been through there a long time ago.  Sunday morning drives began a long time ago for me.  Back in the early 70’s when I lived in Vernon British Columbia I found Sunday morning drives the only way to put my head back together after heavy week-end party binges. 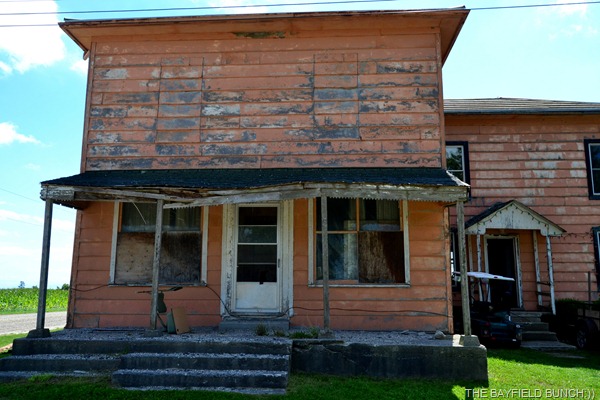 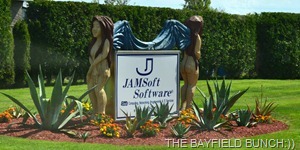 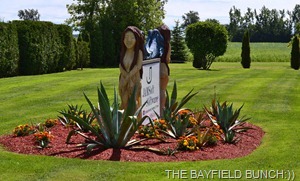 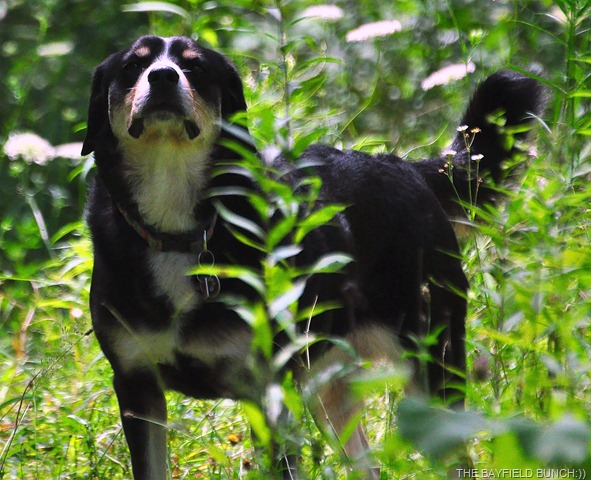 Depression is just as real as any of the other debilitating diseases such as cancer, diabetes, & alzheimers, to name a few. But there is a difference. Depression’s closet status keeps it out of the light it so sorely needs. It is an illness most try to hide. Depression has been a part of my life on & off for just about as long as I can remember. It has come & gone over the years but I am finding it a persistent & unrelenting foe now at this later stage of life. It is as if it senses my aging vulnerabilities & circles ever closer. Knowing depression as well as I do I am aware of it's subtle advances. Depression is not merely a temporary sadness or a short lived blue Monday. It is an illness that settles in & can take control of one’s life. Symptoms may include fatigue, difficulty in concentrating, impatience, anxiety, poor sleeping habits, loss of interest in things, appetite swings, feelings of worthlessness, loss of confidence, anger, despair & emptiness. Unless one has led an awesomely wondrous life I think most folks have probably dealt with depression at one time or another.  Well, the one’s who are honest enough to admit it that is.  I'm sure there are readers out here who have picked up on my depressive swings a long time ago. The clues are often in my posts & that is what gives my daily topics an unintentional roller coaster affect. They have always been there, right from day one. 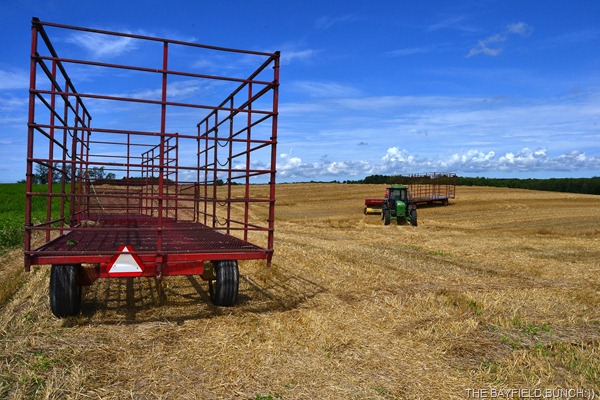 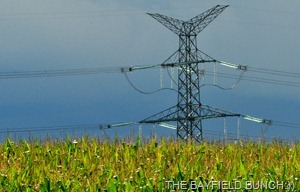 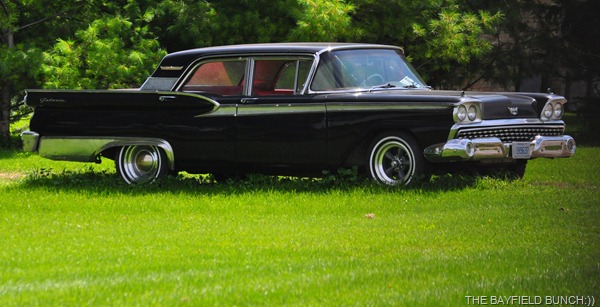 NICE ‘59’ FORD GALAXIE FOR SALE SOUTH OF AUBURN ONTARIO
My blog over the years has always been a form of therapy for me. It has been my way at the end of each day to sit down & talk about my thoughts & feelings. Where else could I do that uninterrupted except right here at my keyboard. I try to blend those thoughts & feelings in with daily activities, photos, past adventures & future ideas. On good days I am able to weave in some humor, some creativity & occasionally reach out & help a few folks. On the not so good days humor & creativity are bumped aside by doubts & fears & maybe just a little too much honesty on my part at times. But it is the way it is here & we all write our posts in different ways for different reasons……………………………………………. 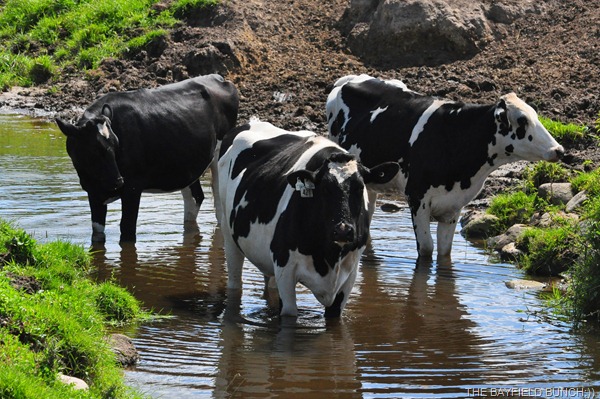 And a warm welcome from the Bayfield Bunch to Linda & John Eiden from TWO ROADS DIVERGED IN A WOOD, AND I, TOOK THE ONE LESS TRAVELED.  Thanks for joining our Blog Follower list folks:)) 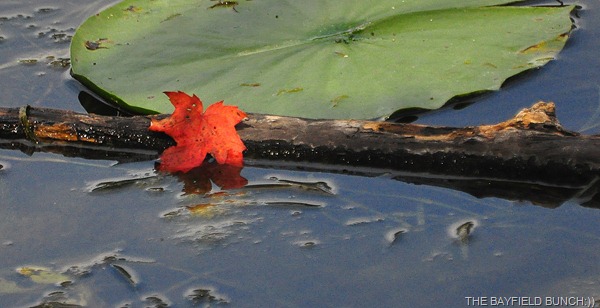