THANKS TO A SHARP EYED READER……:)) 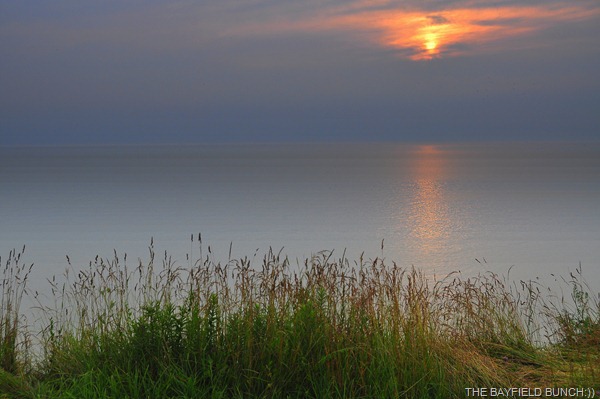 Figured it was about time to shake up my usual evening routine again so published my post early Thursday night, loaded up the little Poopsicle, & off we went in search of some sunset photos. Clouds didn't exactly co-operate & the pale sun disappeared early behind a gray cloud bank. No matter, we had ourselves a relaxing gravel road drive to Grand Bend south of Bayfield. Slipped through Tim Horton's Drive-Thru for a carrot muffin & small coffee. A cruise down around the beach area where I was surprised at how many people were in town. Kept on rolling because I knew there was a quiet spot north of Grand Bend overlooking the lake where Pheebs could get out for a run. A spot few know about & a spot I have been occasionally stopping at for nearly 50 years now. It was one of the first places I took Kelly after we first met nearly 20 years ago:)) 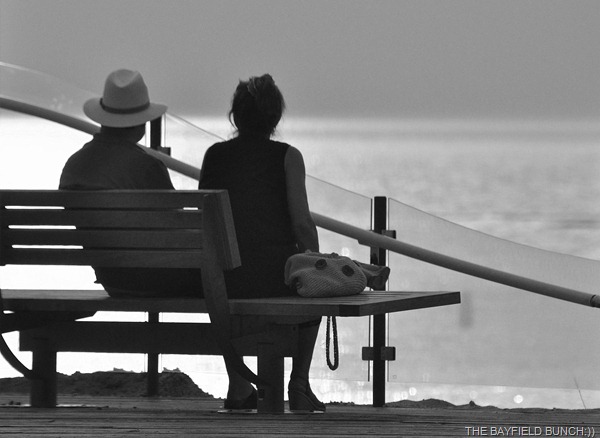 WAITING FOR SUNSET ON GRAND BEND’S BEACH
Readers have had some questions about the new header photo. I took that photo on one of our gravely back road Jeep jaunts a couple week ago using my Nikon D90 & wide angle zoom lens. I took 2 pics & chose the best one for my post that day. A guest in the Shout Box this morning said he/she saw some dotted lines in the photo running from the top left corner down to the right. Figured this person must have very good eyesight because I couldn’t see those dotted lines. Doesn't mean they were not there because it's the same problem I have with reading, can't always see the print clearly. And it's the same reason I may not always do the best job whenever I have to re-touch some of my photos.  In a future post I will relate a story that connects to this & why I had to begin wearing glasses back in the mid to late 80’s.

Yes, there was a bundle of telephone & electrical lines running through the top of my header photo which were very distracting to the scene. I used my Picasa 'Retouch tool to remove those lines but obviously missed some. (turned out to be a lot) It was these tiny pieces of telephone & electric wires our sharp eyed reader spotted.  A big thanks to the person for seeing & mentioning that.  With the help of a stronger pair of glasses I spent time this morning re-retouching that photo again & I think I have all the lines out now. 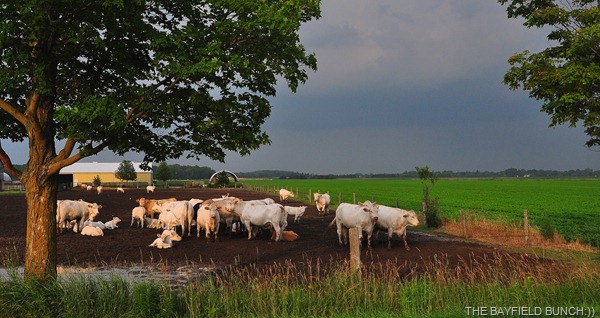 Another question asked if I used my Picasa photo editing program with this photo.  It is important for me to have my photos look as natural as possible so yes I did have to use my Picasa photo program to give me a closely accurate rendition of what my eyes actually saw.   Cameras, regardless of make or model are not as good as the human eye & it is basically impossible for them to record the scene in front of you exactly as your eye is seeing it. Especially when it comes to colors & lighting. Using my PICASA 3.9 photo editing program I cropped a wee bit of country road off the bottom & a small bit of sky at the top to keep the photo in a rectangular format. Used Picasa’s 'Retouch' tool to removes some telephone & power lines. Added some 'Graduated Tint' to the sky to bring out the skies true blue color. Added a pinch of 'Highlight' popping the clouds a tad. Added some 'Sharpen' to bring out overall detail & I think that was about it. I know I sound like a broken record here again but I urge people to take the time to learn this simple (& free) Picasa photo editing program & have their photos looking as naturally close as to what their eyes actually saw. Unless of course you want to put an artsy fruit loops spin on them & there is nothing wrong with that depending on how an individual wants their photo viewed & perceived.  Remember, no matter how good your camera is, it is just a machine & it is a teamwork combination of you & your photo editing program in conjunction with your camera which will return to you the best possible photo results you can have. 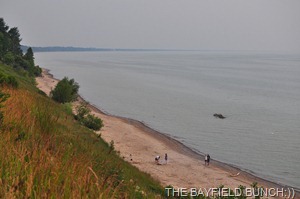 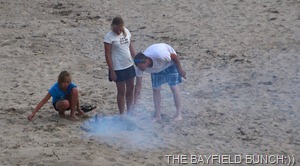 GETTING A CAMPFIRE GOING ON THE BEACH

For the technical minds out there here is the gooble-poop stats on the photo…….Nikon D90 camera in ‘Aperture’ mode & programed for ‘Vivid’ color & tweaked to underexpose the photo by one full stop.  Lens used was an AFS DX-Zoom-NIKKOR 18-55mm f-3.5-5.6. Matrix metering, ISO 400, 1/125 of a second at f22.  There is a whole bunch of other techno info on the photo that I’m sure you are not interested in & neither am I.  But here is something that is kind of interesting.  If you have Picasa 3.9 you can right click any of your photos & a menu drops down.  At the bottom of that menu is the word Properties.  Click that & another menu drops down on the right side with all the technical data on the particular photo you are looking at.  Includes times & dates photos were taken, etc.  It also told me this was photo number 24,007 taken with my Nikon D90 camera. 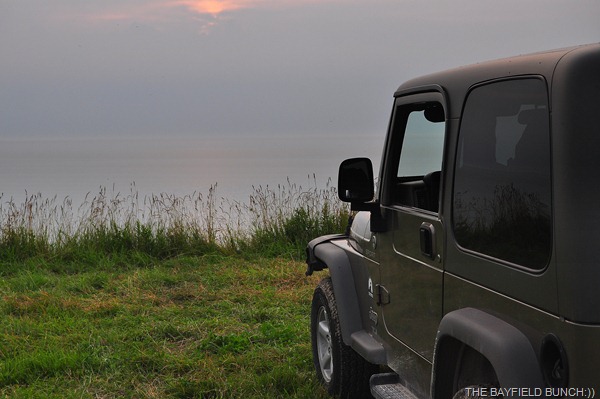 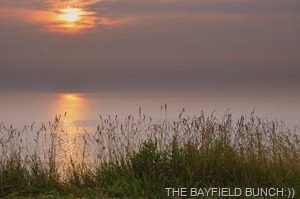 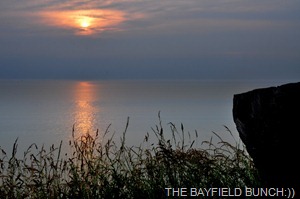 ADDED A BIT OF PICASA’S ‘WARMTH’ TO PHOTO ON LEFT

Someone compared Pecan Pie to maybe being like butter tarts & that is a fair comparison.  The butter tart I had Thursday did have some raisins in it & many butter tarts do contain Pecan bits.  Guess they could kinda be called Butter Pecan Raisin tarts & that would probably be pretty close to hitting the nail on the head.  Not that there are nails in the tarts of course but you do need to use your head to eat the tart.  And I just noticed someone in the Shout Box requested a picture of a Butter Tart.  Dang, now I’m gonna have to drive myself over to the Mennonite Bakeshop shortly & buy me another Butter Tart.  For photographic purposes that is.   Don’t ya just love it when things happen like that…………………. 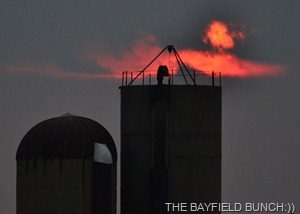 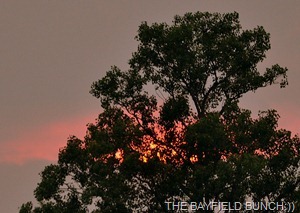 You don’t really want to hear anything about my day simply because there is not a whole lot really to hear.  Let’s just say the height of my rainy morning & sunny afternoon was doing a load of laundry.  I will leave it at that……………….. 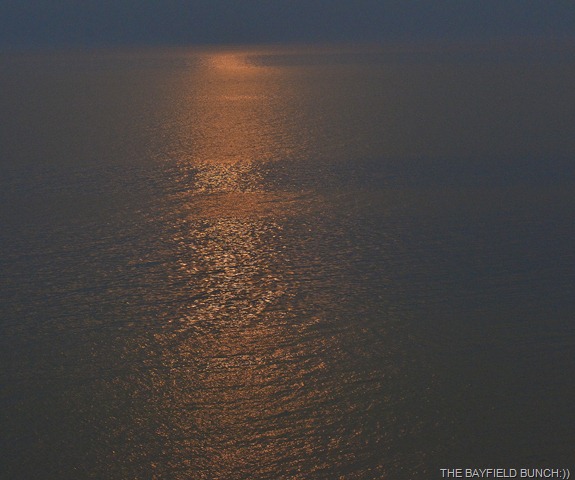 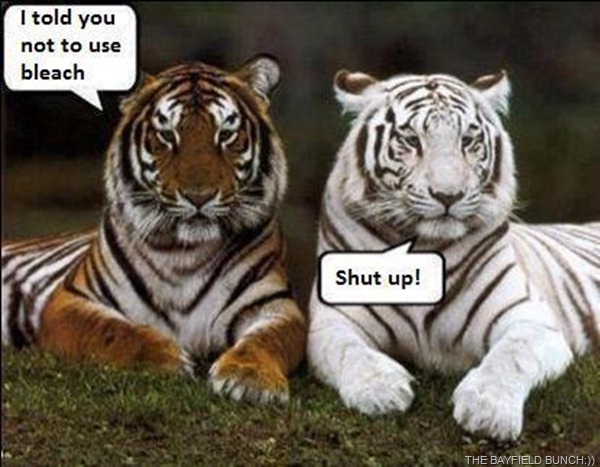