SOME SUBTLE CHANGES TO MY BLOGGING HABITS THESE PAST MONTHS 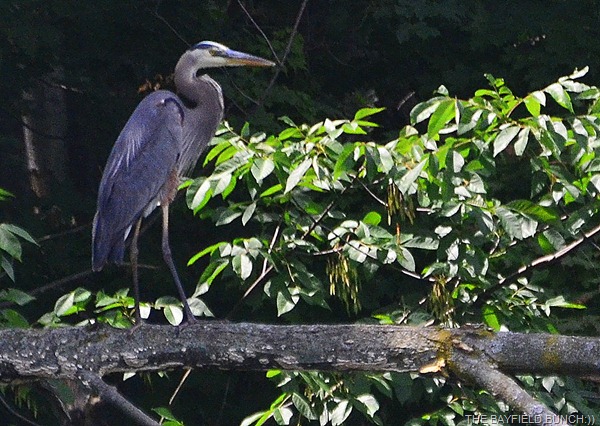 With Jeep windows full down Pheebs & I were out the door & on the road by 9 this morning.  Had a slight destination in mind at first but after a dozen miles or so I kinda talked myself out of it.  Swung ourselves a little further East than North this time & picked up few new gravel roads we hadn’t been on before.  Nice morning but on the humid & slightly hazy side.  Couldn’t really seem to get myself into active photo mode for some reason so for the most part we just enjoyed the scenery, soft ambient music, & relaxing thoughts.  Well at least some of my thoughts were relaxing.  A few pit stops along the way for water & stretches.  We were back home around 1 & our little Jeep jaunt had soaked up a nice 4 hours out of the day.

Kelly put in a few hours at Deer Park Lodge this afternoon.  Thank heavens she gave her ‘full time’ notice last year or she would be over there every day now trying to do everything as usual & knocking herself out.  Sick or not.  Kelly & Donna over at 5TH WHEEL VAGABONDS are like two peas in a pod when it comes to work.  Neither one of them seem like they can get themselves slowed down to the speed of light sometimes. 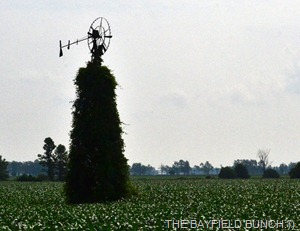 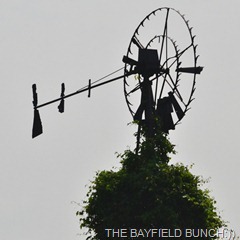 I THINK THIS OLD WINDMILL HAS SEEN BETTER DAYS MIKE 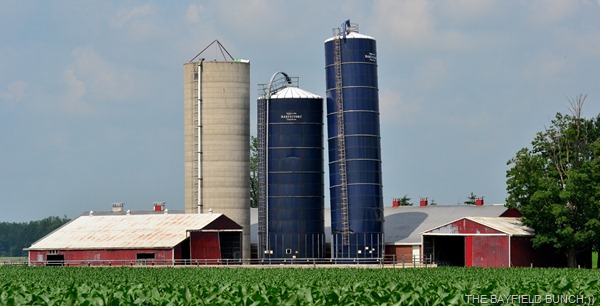 I am really having to sit on my hands tonight & not respond to that comment in our Shout Box.  I will follow Kermit’s advice & stick to the high road again & that’s all I have to say about that:)) 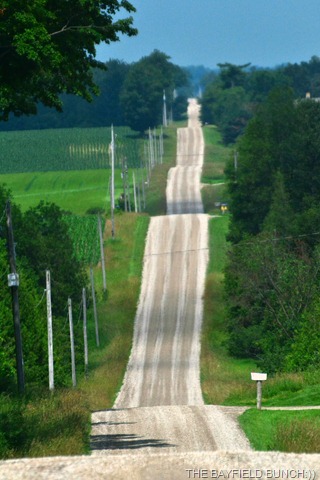 I've never cared much for exercising just for the sake of exercising.  Not something that ever really interested me. Oh I've gone through a few YMCA memberships over the years, joined a few exercise related clubs for short periods of time here & there & tried following some exercise programs at home. Anybody remember that old 5BX military fitness plan. Yep, had that booklet too. Back in the early 90's I once paid some ridiculous amount of money for an absolute piece of plastic junk to work on my abs. Only thing it worked on was my guilt for buying the dumb thing in the first place. Besides, what the heck are abs anyway. I remember the exercise room at the YMCA & trying to figure out how to program one of those treadmill thingys to make my legs run 300 miles per hour. Tried those iron train engine wheel weights a few times & that was enough of that. Not being a big water guy I spent most of my time sitting at the bottom of the pool wondering what I was doing there. Fast walked a bunch of miles around the gymnasium's jogging track but never seemed to get very far before I was back to the very place I had started out from a minute before. Now how boring is that. Jogging never made much sense to me either. Just got me tired & made my legs feel like they were falling off. Bounced my brains around & gave me a headache anyway. I don't mind the natural exercise that comes with working. That somehow seems OK to me. Comes with a sense of accomplishment & purpose. But here I am in my late 60's, overweight & at a point where I know some kind of exercise program for me would probably be one of the best things I could do for myself, especially my lower back & legs.  But to exercise just for the pure agony of exercising……NUTS!! 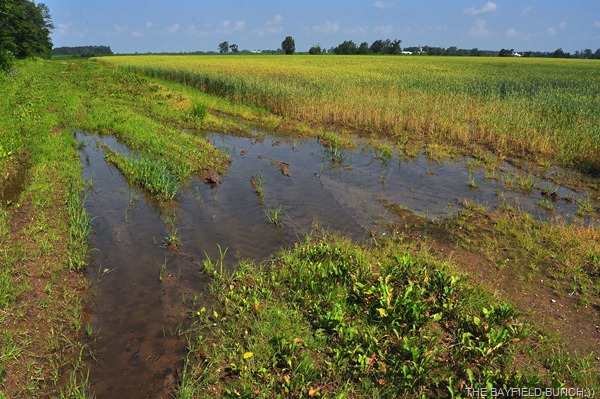 RECENT RAINS CAN MAKE FOR MUDDY DOGGY PAWS IN THE JEEP

Had been thinking of making some changes to my blogs side bar for quite awhile & a few days ago I began moving things around & eliminating some gadgets. Removed Max, Checkers, & Cora's photos because I hope to do a single tribute 'page' for them. Removed any Google+ stuff because I had not done anything with Google+ since first downloading it back in 2011. Just couldn't get my head around the program & wasn't really interested in another social site anyway.  It sat on my desktop for a couple years. I received a lot of notices from people saying they were in my Circles or had added me to theirs or something but I never followed up on any of that. Thought I might get back to it again some time & figure it out, but I never did. I didn't uninstall the program I just took it off my desk top & out of my side bar a few days ago.  Thanks to all the Google+ Circle people for dropping by the last couple years, whoever you were.  Temporarily moved our Blog Followers list & our Bayfield Bunch photo to the bottom while I moved some other gadgets around.  I use the ‘Search Bar’ a lot so moved that to the top.  We really do need a new Bayfield Bunch photo too but might leave it at the bottom for now until we get a new one. The Blog Follower's list hasn't grown much the last few years compared to years ago but Kelly's always convinced me to leave it on the bar anyway.  But it may go too.  I just haven’t decided.  Also have a few more changes coming up over the next few days as my ever evolving  blog & I  reach a milestone. I am again going to switch direction slightly. 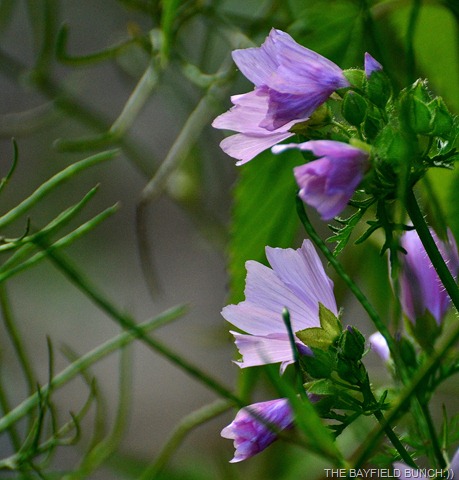 Long time readers may have already noticed a subtle change in my blogging habits these past 3 months.  I have not been keeping up with my fellow Bloggers like I once did & I have not been commenting on nearly as many blogs as I once did either.  Nothing personal, it’s just a slow change that has been taking place within me, not you.  Lotsa fine blogs out there written by lotsa fine people.   My enthusiasm has slipped a few notches.  Priorities have & are changing.  The exuberance & excitement I once felt as a struggling new Blogger have dimmed.  Basically speaking, some of the challenge has gone out of it for me this past year or so.  I have not reached the point yet where I do not enjoy writing a post every day.  I like the writing & photography end of it too much to give it up so again thanks to all my readers for making this blog possible in the first place…………………………..10-4:)) 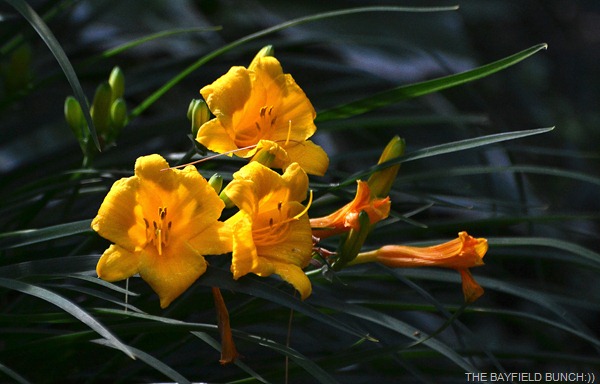 GROANER’S CORNER:((  In order to help jump-start the U.S. economy, the INS has announced that this year they will stop focusing on illegal aliens, and begin the deportation of retired people. It's predicted that this will not only help lower health care entitlement costs, but it turns out that retirees are much easier to catch. Plus, they rarely can remember how to get back home.