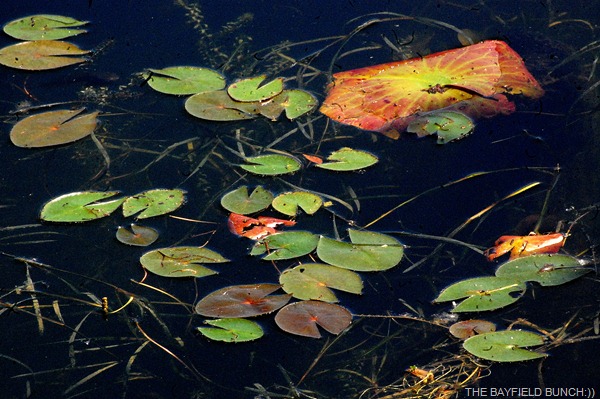 Tuesdays are half price nights at the movie theater in Goderich.  It was a spur of the moment decision for me last night to head out & see the new Superman movie.  I don’t know what it is in movies that I am looking for at age 68 but needless to say I did not find it again with the Superman movie.   I am probably just going to the wrong types of movies.  I won’t bother telling you what I thought about the movie but let’s just say if I thought the Star Trek movie I saw a few weeks ago was way over done with fiery explosions, loooooong drawn out Hollywood fight scenes, & people carrying guns the size of train cars, then I had obviously not seen the new Superman movie yet.  And then there is all the noise.  And obviously being the oldest humanoid in the theatre why would my single opinion matter or carry any weight anyway.    Did notice one thing though….Lois Lane was packing a Nikon camera.  And, there is also & always a very positive side to movie night….it breaks up my frightfully normal night time routine.  And I like when that happens:)) 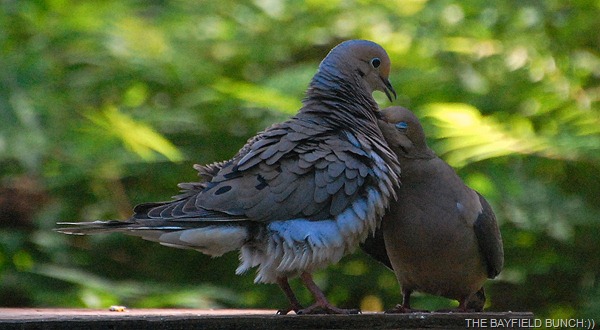 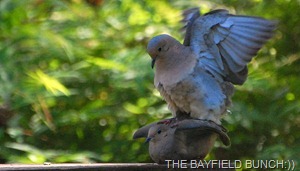 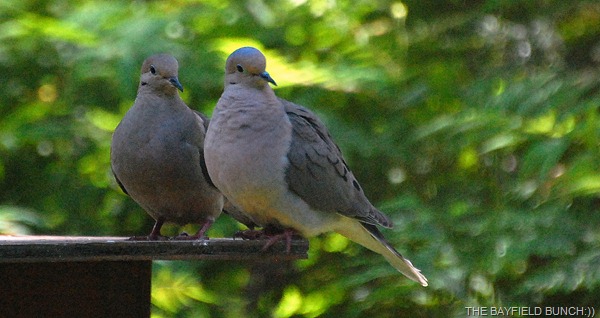 Kelly had the last few loose ends to tie up with Uncle Harry’s estate this morning so she headed off to Clinton.  Facing either my recliner, the television, or the computer again, Little Tootely Two Toots & I quickly loaded ourselves into the Jeep & hit the trail.  At the risk of sounding dreadfully repetitive again let’s just say we had ourselves an enjoyable few hours in the countryside.  Both our pit stops resulted in a couple short walks as well & a good time was had by all. 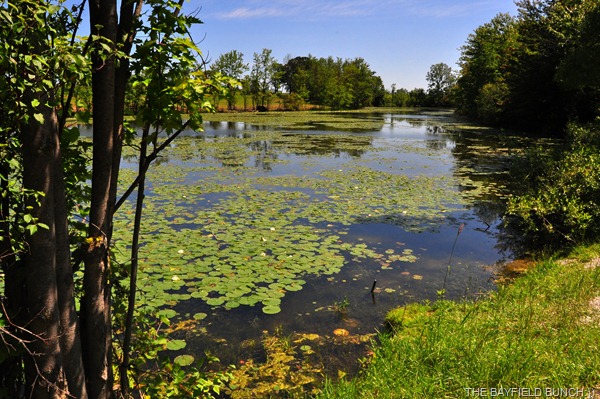 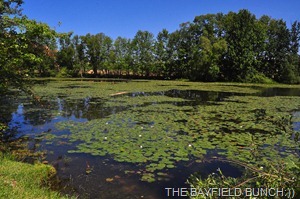 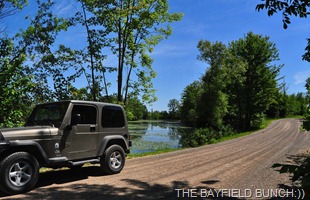 THIS IS ONE OF OUR FAVORITE PIT STOP PHOTO OP SPOTS

Question from Chris in our Shout Box inquiring if we have ever used a supplemental brake system in our toad while towing.  Quick answer to that is, no.  When we bought our 03 33’Damon Challenger in April of 07 I figured for sure we would have to have a braking system for our toad at the time which was an 03 Hyundai Santa Fe.  Ron, the extremely knowledgeable fellow we bought the Motorhome from said no, we did not need a brake system for our set up.  What!!  Ron’s business is buying & selling Motorhomes & each one he buys whether in Canada or the United States he picks up himself.  He has more towing experience in his little finger than I will ever have so I took him at his word.  And he was right.  Even with a few ‘emergency’ stops over the years I have never ever felt the need for brakes on the toad.  Ron could easily have sold us an expensive brake system at the time but he didn’t.  Have always had great respect for Ron’s expertise at FOUR SEASONS PERFORMANCE ever since.  Both our Damon 33’ Class A & 23’ Chevy Sunseeker Class C towed our our 06 Jeep Wrangler just fine as well with no brake system.  I know some States have laws requiring toads to have brakes but I don’t know what States they are & have never heard of anyone being charged with no toad brakes. 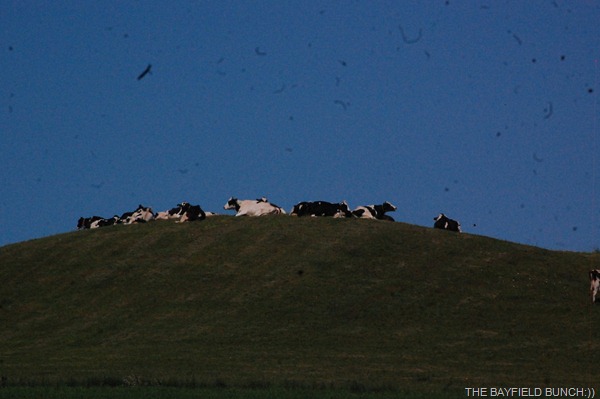 REMEMBER ME TELLING YOU ABOUT DIRT ON MY NIKON D-40’S SENSOR IN TUESDAY’S POST…TOP PHOTO IS THE UNEDITED VERSION & PHOTO BELOW IS THE EDITED VERSION USING GOOGLE’S FREE PICASA 3.9 PHOTO EDITING PROGRAM

One of the great benefits of being an older guy with gray hair & a white beard is that no one sits beside me at a movie theater.  And especially so if they see an old guy hanging off the end of a cane.  I always have lots of room with both seats on either side of me empty.  Love it.  Leg wasn’t bothering me but I knew after sitting in the theater basically motionless for over 2 hours I could be in trouble when I stood up.  Taking my cane was just a precaution.  As it was, I didn’t need it.  Okay, maybe a couple times when I had to poke some baseball caps off the two young guys sitting in front of me.  Did they notice?  Not a chance, they were too engrossed in the movie & probably just thought it was flying debris from everything getting blown up on the screen.  Am I serious?  Nawwwww:)) 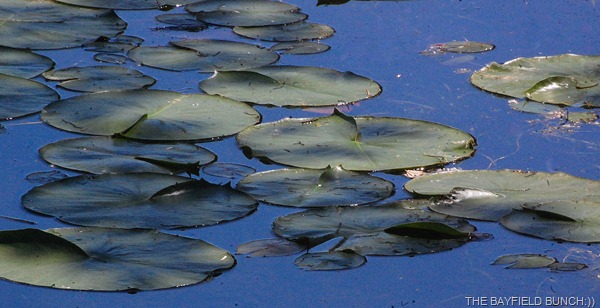 And another thing I was reminded of again last night.  I never ever feel lonely or alone hanging out with myself.  Never that is until I encounter a group of people.  Kind of a strange thing but have noticed it for many years now.  If I walk into a room full of people I will immediately clam up, become uncomfortable, & look for the nearest out of the way corner.   I try to fade myself into the background somewhere.  Standing in the line up for the movie I was aware of all the young folks around me chattering away about their iPods, iPads, Blackberry’s, school, or whatever.  Felt like I was standing by myself on the surface of the Moon.  Couldn’t wait to get into the theater, find my favorite center screen seat, & slink down into obscurity.  Also observed at the end of the movie after exiting my seat how many people were shuffling slowly up the aisles with their faces bent forwardly down staring intently at their glowing palms.  In those palms were tiny screens all lit up as people seemed to be panicking for phone messages & texts they may have missed during the movie.  And OMG what if one of the Kids had missed a Tweet.  Ah, tis a different world we now live in.  I kinda prefer the Moon idea thank you very much.  Beam me up Scotty, I’m ready to get out of here………………. 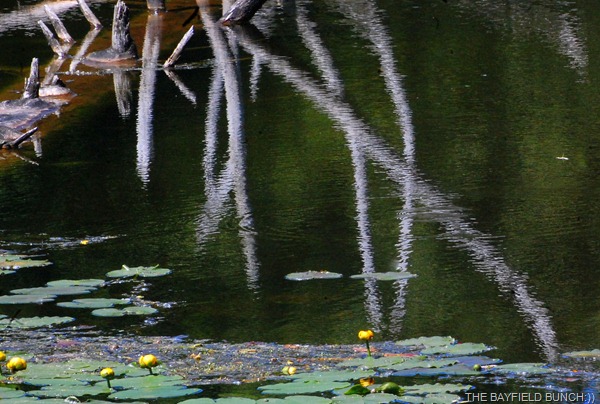 GROANER’S CORNER:((     A guy dies and is sent to Hell. Satan meets him, shows him doors to three rooms, and says he must choose one to spend eternity in. In the first room, people are standing in crap up to their necks. The guy says "no, let me see the next room." In the second room, people are standing with crap up to their noses. Guy says no again. Finally, Satan opens the door to the third room. People are standing with crap up to their knees, drinking coffee and eating Danish pastries. The guy says, "I pick this room." Satan says okay and starts to leave, and the guy wades in and starts pouring some coffee. On the way out Satan yells, "O.K., coffee break's over. Everyone back on your heads!"