SAY, I WONDER IF IT’S TOO EARLY TO START LOADING A FEW THINGS IN THE WINNIE WAGON YET……………….. 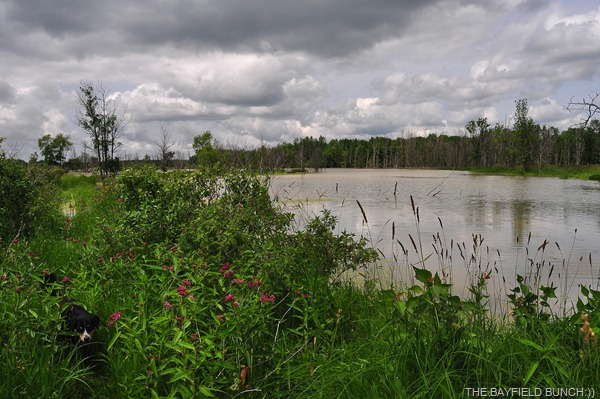 So nice waking up to cooler 58F temps this morning. Rains had blown out of the area overnight & our cloud cover gradually eased up over the day.  In my opinion we ended up with a perfect daytime temperature of 73F & no humidity. 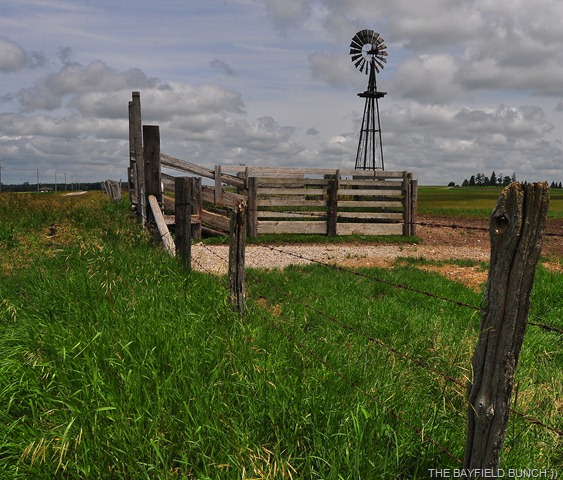 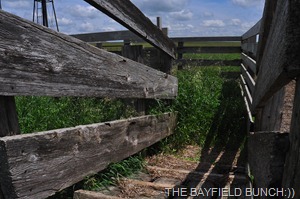 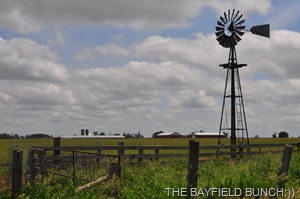 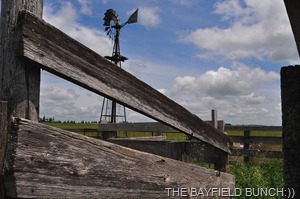 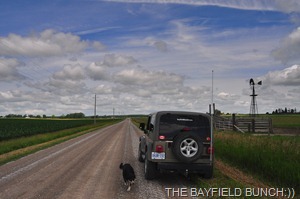 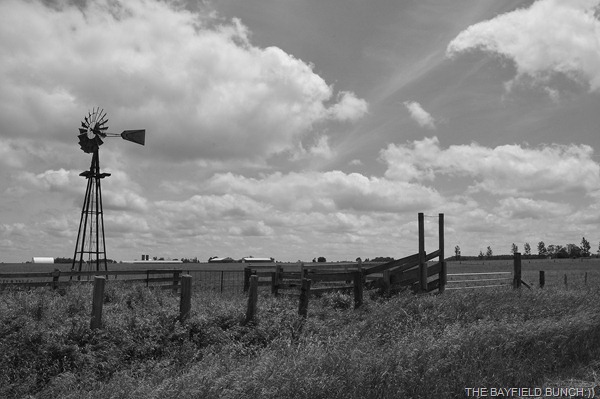 Kelly has been helping out over at Deer Park Lodge mainly on the week-ends this year so she planned to head in around noon. She had found a house & property for sale on a Real Estate site Friday so that was a good enough excuse for Pheebs & I to fire up the Jeep late this morning & get ourselves on the road. From the photos on the Real Estate site we already knew the house was a wreck, it was not in one of our favorite areas, & the lot didn't look appealing. But no matter, it was a destination & it never hurts to go put some actual eyeballs on these types of places just in case. Rascal Buns & I were on the road by 11:30. 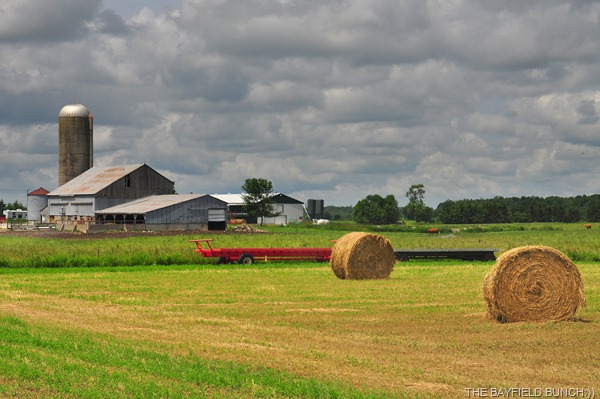 Quick stop at McDonald's in Exeter Ontario & then off a few miles south east of town to find the house & property for sale. Not much trouble finding it & the property was even worse than the photos indicated.  I never even got out of the Jeep to look at anything.  Real Estate pics showed the interior was totally trashed.  Good luck to the owner for wanting nearly $40,000 for it. 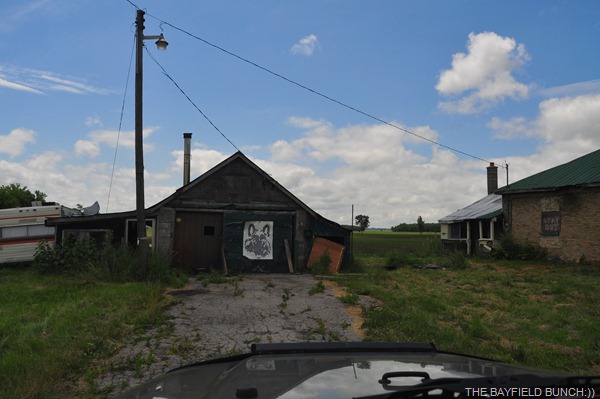 By early afternoon we were beginning to see some nice sun splashes & cloud patterns traveling across the emerald green farm fields. Nice lighting for photos. June is definitely the month of green & how nice to see sweeping fields of greening corn, wheat, beans, & clover, etc. Pheebs & I had a great 4 hours just cruising along the country roads. She often sits up straight in the passenger seat watching out the windshield just like a little person. She has no interest in sticking her head out the window like most dogs. What a Sweetie Pie she is. 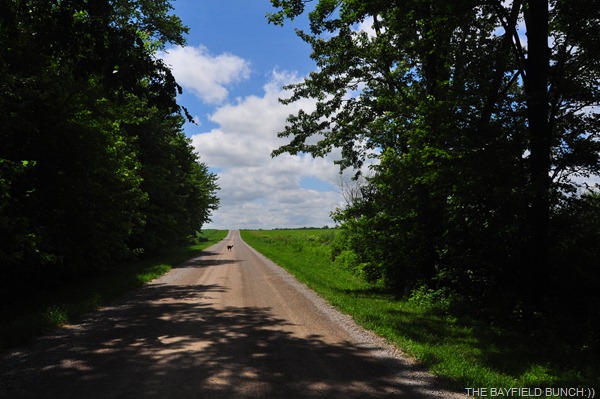 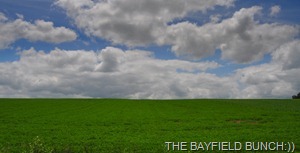 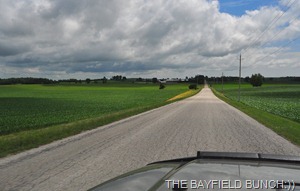 SO NICE TO SEE EVERYTHING SO GREEN 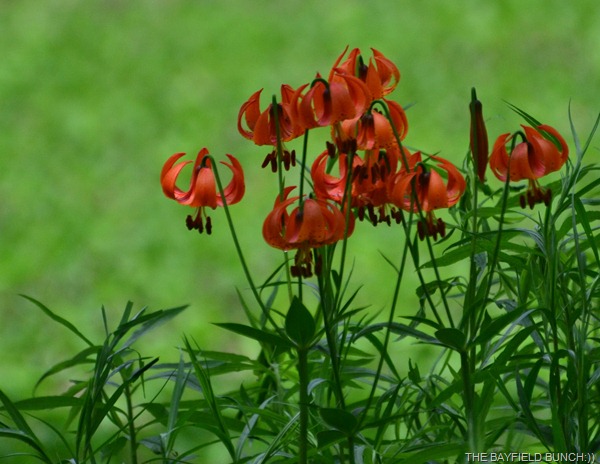 On our homeward swing we stopped at the HULLETT MARSH for a walk alongside one of the large swampy waterways. Water levels were high due to Saturday's rain making the many ponds look more like small lakes. Pheebs was just ahead of me in the long grass near the water when I was startled by a splashing sound. Pheebs had surprised a Mother Duck & her babies. The Mother Duck took off to the right half flying, half running, & half swimming across the water. The baby ducks all took off in the opposite direction to the left. Mama Duck had gone about 40 feet before she realized the babies were not behind her & had gone the other way. She made a quick about face & raced back across the water running over Papa duck in the process. She hurriedly swung in ahead of the babies & they all fell in line behind her. She quickly led them further out from the shore & they soon disappeared around a corner of shrubs, stumps, & tangled branches.. I was lucky enough to get a few photos with my D3100.  I’m guessing Mama Duck may have been a HOODED MERGANSER. 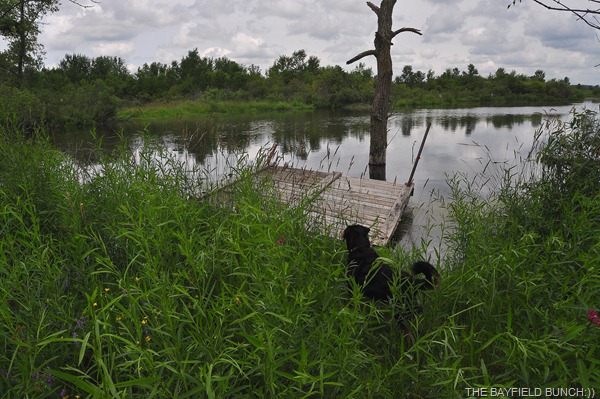 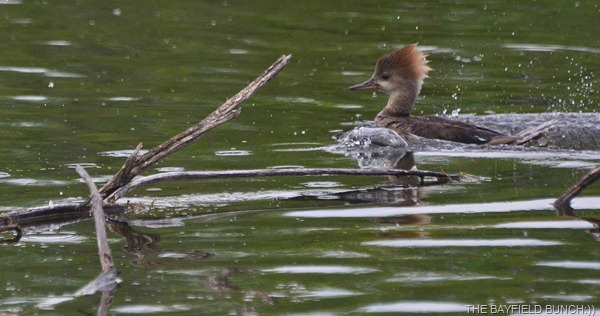 Here we are almost at the end of June already & despite my relative inactivity the summer seems to be skipping right along.  We haven’t talked about our travels this coming winter yet or which route we will take or when we will leave.  It’s almost like we are afraid to bring up the subject because of all the medical stuff going on.  I think the ‘what if’s’ are in both our minds & we are holding back any plans at the moment until we know for sure what the reality of our situation is.  Probably a little early yet to be talking any travel & route plans but I always like to get some kind of idea in my mind of what’s going on.  Gives me something to look forward to & mull around in my head I guess.  Say, I wonder if it’s too early to start loading up a few things…………………………………. 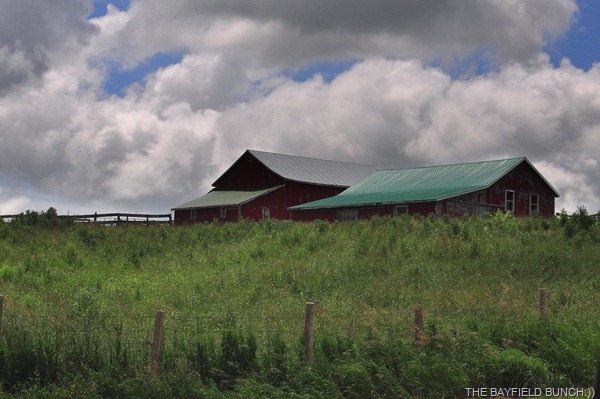 GROANER’S CORNER:((  As autumn approaches and summer vacation is over, a mother wakes up her son and says it's the first day of school, so get up and get ready. He says, “Mom, I don’t want to go back. Please don't make me. I hate school!”
She says, “Don't be silly. It can't be that bad. I bet you can't even think of two reasons not to go.”
He says, “Really, I mean it! All the kids hate me. And the teachers all think I'm stupid.”
She says, “Well, those aren't really good reasons. Maybe you can try harder.”
He says, “No, I don't want to go. Give me two good reasons I should.”
She replies, “Well, first of all, you’re almost years 60 old. And second, you’re the Principal.”