For the second morning in a row Kelly didn't have enough energy to make it around the morning trail. She did put in a few hours at DEER PARK LODGE Friday & Saturday but they were quiet hours spent in the office.  She does keep the Deer Park phone here at home & still handles the incoming calls & reservations most days.   Today she had herself a restful Sunday with one of her favorite hobbies, reading. 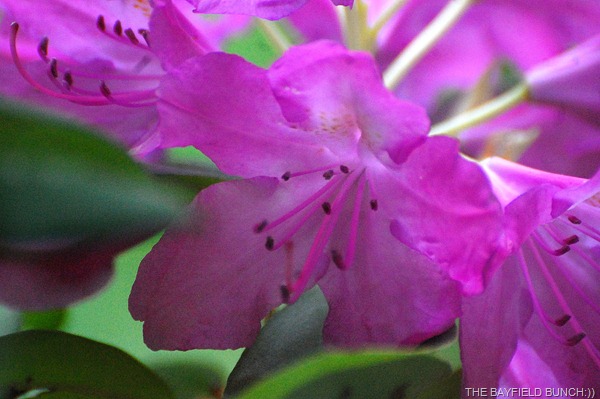 Pheebs & I also indulged in one of our favorite hobbies as well today & by 8:20 this morning we loaded the cameras in the Jeep & headed out the driveway on another destinationless mission. Navigator & tail gunner Pheebs manning her front passenger seat & comfy rear raised platform doggy bed.  Me in the pilot’s seat.  She likes riding in the back of the Jeep looking out the window. Not much of an idea where we were going again but as usual we gravitated to the North-East. First a quick stop at McDonalds in Goderich for some eats of course. 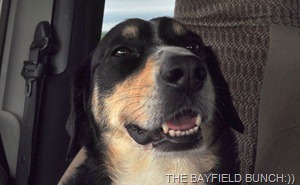 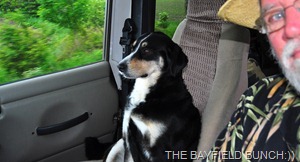 OK DAD, LET’S GET THIS JEEP TOUR ON THE ROAD HMMMM, WAS JUSTIN BIEBER BACK IN GODERICH AGAIN TODAY?

Upon leaving Goderich & despite the heavy overcast skies & sprinklings of rain we ambled slowly along enjoying the rural countryside. Noticed a bunch of buggy tracks along a gravel road & figured they were made by Mennonite/Amish folks on their way to Sunday morning church somewhere. Except I knew of no church in the area. While following the buggy tracks I topped a rise in the road & spotted another old Pioneer cemetery to my left. An old rusted iron gate hung on it's hinges. Figured Pheebs might be needing a pit stop so we pulled off to the side of the road & parked. Two barking farm dogs came rolling out of a nearby farm lane with tails a wagging & Pheebs got to make a couple new Pals. 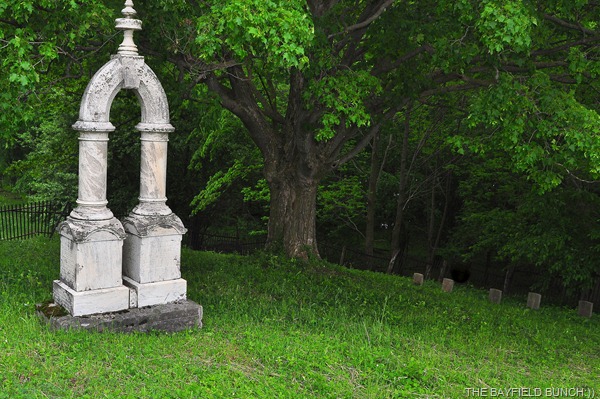 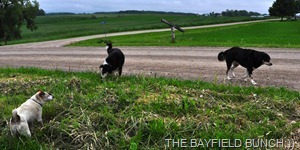 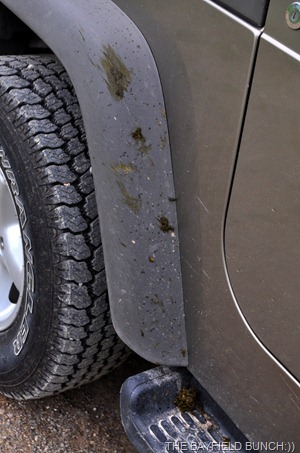 While photographing an old stand alone tombstone I became aware of a strange sound in the near distance. Not a sound of nature nor a farm machine. The sound ebbed & flowed & was somehow familiar yet seemed out of place here in the countryside. Peering across a field I could make out a large stand of trees with what appeared to be some kind of a building within. Trying to make some sense out of what I was seeing I was finally able to make some sense out of what I was hearing. It was singing. And it was singing by many voices. A choir of voices. How nice to stand there in the old forgotten cemetery for a few minutes listening to a choir of voices uplifted in unison. Had I stumbled upon the destination of the buggy tracks I had been following?

Pheebs & I were back in the Jeep & with a farewell to her country Pals we drove up the road a couple hundred yards & sure enough the buggy tracks all turned into a laneway leading to the group of trees I had seen from the cemetery. But this was a farm lane & not a parking lot beside an old church so I did not pursue the tracks. I had hoped to come across a small church along the road with buggies & horses quietly parked outside. Wasn't able to get the horse & buggy photo I had hoped for but did manage a photo in part of one of two buildings in the trees. Large newer looking building with a couple chimneys in the center of the roof.

I always enjoy finding new things on our travels but I sure didn't expect to find a lake waiting for us today just around the corner down another country road.  As many the times I have criss-crossed these rural roads I still come across areas I have somehow missed in my previous travels. Turning down an unfamiliar road about mid morning I soon came across a sign saying Lake Wawanosh. What!! a lake out here?? Followed a dirt road for a short distance & sure enough there it was..... a lake. Not a real big lake but a lake nonetheless. What a great opportunity for Pheebs to get out again & race around sniffing up some new territory. Could see a partially hidden fly fisherman in the distance casting out into the lake. Within minutes we were set upon by rainy skies so it was back into the Jeep for us. Made a mental note to return to this spot on a nice warm sunny summer day. And it should be a very picturesque place for some colorful Autumn photos in another 4 months or so.  That is if I can remember how to get myself back there again.

LAKE WAWANOSH….& I NEVER EVEN KNEW IT WAS HERE UNTIL TODAY 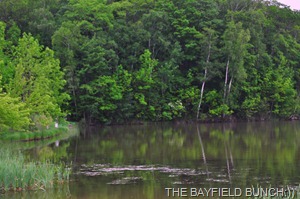 THE WHITE PANT LEG OF A FLY FISHERMAN CAN BE SEEN IN THE LEFT PHOTO
We had been wandering the relaxing country roads for about 4 hours & were nearly back home again when I remembered the piece of paper in my shirt pocket. Knowing what was on that piece of paper I made a quick U-turn & headed my way back in the direction of Goderich. It was a grocery list. (Two door Jeep Wranglers are great for making quick U-turns you know) Half an hour later with a small box of groceries we were once more on our way home & that was basically it for the day. Couldn't help but think again this morning how fortunate we are not to live in a big city. We can just drive out of our Park right into the countryside. Now how nice is that eh:))  And tomorrow, a few more photos of today’s journey through Mennonite/Amish country………………………….

One bright, beautiful Sunday morning, everyone in tiny Smithville wakes up early and goes to their local church. Before the service starts, the townspeople sit in their pews and talk about their lives, their families, etc.

Suddenly, at the altar, Satan appears!! Everyone starts screaming and running for the front entrance, trampling each other in their determined efforts to get away from Evil Incarnate.

Soon, everyone is evacuated from the church except for one man, who sit calmly in his pew, seemingly oblivious to the fact that God's ultimate enemy is in his presence. This confuses Satan a bit.

Satan walks up to the man and says, "Hey, don't you know who I am?"

Satan says, "Well, aren't you afraid of me?"

Satan, perturbed, says, "And why aren't you afraid of me?"

"Well, I've been married to your sister for 25 years."